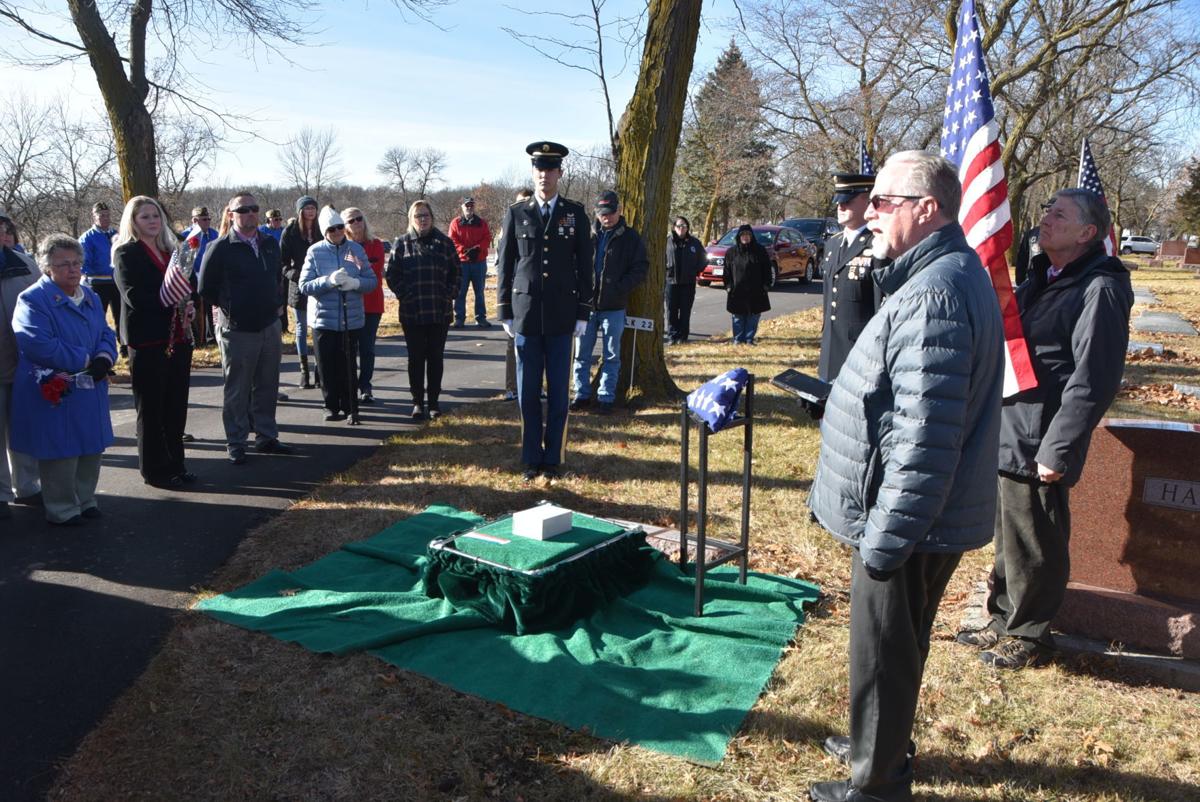 Pastor Mark Schutt of Centenary United Methodist Church, right, leads a funeral service for Richard Giddings. Around 50 people attended the service for the Firth resident who had no immediate blood relatives. 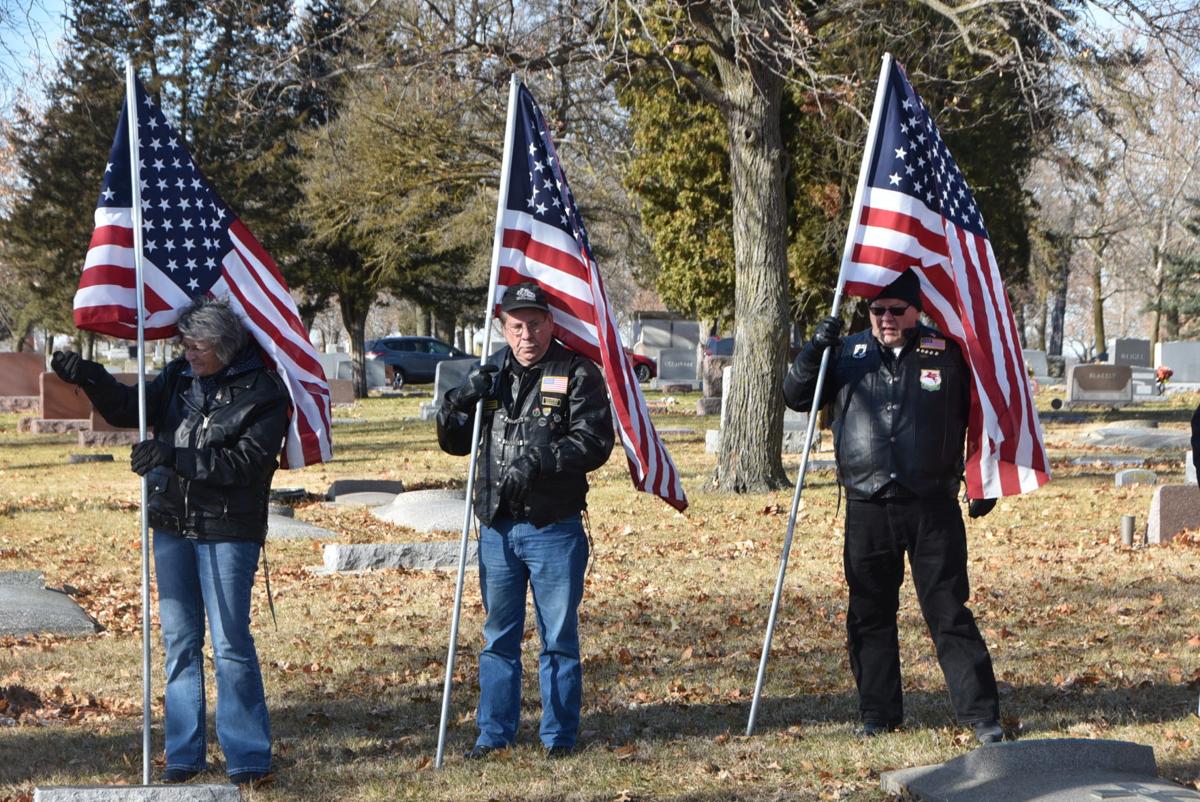 When Richard Giddings passed away last month, he left behind no living relatives.

But that’s not to say the Korean War veteran had no family.

Around 50 people attended a brief graveside service for the Firth resident at Evergreen Home Cemetery in Beatrice.

Many in attendance had never met Giddings and had no blood ties to the 86 year old.

But the service men and women who traveled hundreds of miles for the funeral consider themselves family.

“Of course there’s family here,” said Nick Werman, who traveled from Seward for the service. “Every one of us is family. That’s what it’s all about.”

Like many in attendance, Werman, who was an Army combat engineer from 1999-2003, learned about the service after the Gage County Veterans Service Office reached out to area media and posting on Facebook, asking people to attend the service since Giddlings had no recorded family.

"He was from Beatrice and when he was young he joined the military and served in Korea,” said Phil Dittbrenner, Gage County veterans services officer. “He had no family and when he passed, he wished to be buried back here in Beatrice at Evergreen. Usually you have somebody that takes care of stuff or family somewhere. This is the first one I’ve seen where there was no family at all.”

Matt Dunn traveled from Omaha for the service with others from the Nebraska Warriors group.

“It’s just good to support them,” Dunn said. “You didn’t know them, but they were there through all the same things veterans are there for.”

Pastor Mark Schutt of Centenary United Methodist Church recalled Giddings as an active member of the church who participated in the choir, and was known as a man who dressed well and was a caring son to his mother.

With the latest Directed Health Measures in place, pools are allowed to reopen and non-contact sports practices can begin June 1.

Jack Rico, 13, graduated with four associate degrees from Fullerton College in California — the youngest graduate in the school's 107-year-old history.

Pastor Mark Schutt of Centenary United Methodist Church, right, leads a funeral service for Richard Giddings. Around 50 people attended the service for the Firth resident who had no immediate blood relatives.