LOS ANGELES (AP) — Assorted facts and figures drawn from the nominations for the 73rd Emmy Awards:

Fresh off an Oscar win for best original screenplay for "Promising Young Woman," which she also directed, Renaissance woman Emerald Fennell has earned an Emmy nomination for acting. She's up for best supporting actress in a drama for playing Camilla Parker Bowles in "The Crown." Fennell previously earned two nominations for her writing and producing of "Killing Eve" in 2019.

TIMING IS KIND TO RASHAD

Phylicia Rashad landed her third straight Emmy nomination for "This Is Us" after getting harsh criticism for her celebration of the freeing of her former co-star Bill Cosby. The voting that led to Rashad's nod for best guest actress in a drama series ended on June 28, two days before the Supreme Court of Pennsylvania reversed Cosby's sexual assault conviction and allowed him to be released from prison. Rashad celebrated the move by tweeting "FINALLY!!!! A terrible wrong is being righted- a miscarriage of justice is corrected!" Her critics included Howard University, where she had just been made dean of the College of Fine Arts. Rashad later tweeted that "I fully support survivors of sexual assault coming forward." Rashad's first two Emmy nominations in 1985 and 1986 came for playing Cosby's wife Clair Huxtable on "The Cosby Show."

At age 73, Carl Weathers has earned his first nomination for a major acting award with a nod for best guest actor in a drama series for "The Mandalorian." Best known for playing Apollo Creed in four "Rocky" films, the former NFL player has been acting since the mid-1970s in movies including "Predator," "Action Jackson" and "Happy Gilmore."

NOMS BY THE NUMBERS:

306: Emmy nominations through the years for "Saturday Night Live." With 21 new nods in 2021, the sketch institution extends a record that is unlikely ever to be broken. It has nearly double the total of the closest contender, "Game of Thrones" which earned 161.

24: Nods for the queen and the bounty hunter. "The Crown" and "The Mandalorian" are the year's top nominees with two dozen nods apiece.

23: Nominations for fake TV. " WandaVision " with its synthesized faux-shows in the style of "I Love Lucy" "The Dick Van Dyke Show" and "Malcolm In The Middle," has a shot at a whole bunch of very real Emmys.

6: First-time nominations for cast members of "Ted Lasso." Most of the half-dozen performers were virtually unknown in the U.S. before the upstart soccer comedy. They include star Jason Sudeikis along with Brett Goldstein, Nick Mohammed, Hannah Waddingham, Jeremy Swift and Juno Temple.

4: Men from "Ted Lasso" nominated in the same category. Goldstein, Mohammed, Swift and Brendan Hunt make up half the nominees for best supporting actor in a comedy series.

2: Nominees for best variety sketch series. The category will be a game of one-on-one between "Saturday Night Live" and "A Black Lady Sketch Show" in a year of slim sketch pickings. The relatively new category had just three nominees last year, but has included either five or six in every year since 2015.

1: Acting nomination for Rosie Perez, who scored her first this year, for best supporting actress in a comedy series in "The Flight Attendant." Her Emmy noms resume is deep and diversified, though. She was nominated three times for her choreography on "In Living Color" and once as a host on "The View."

0: The number of times Netflix has won the Emmys top prize, best drama series, despite a dominant performance in the sheer number of nominations in recent years. It has a very strong chance this year to finally win best drama series with top nominee "The Crown."

The biggest snubs and surprises of the 2021 Emmy nominations

Most of the best television these days comes via the limited series, a stone-cold fact that you know and I know, but somehow has eluded the television academy, which still hasn’t adjusted its Emmy nomination numbers to keep up with the times.

And that failure can only lead to one outcome on this Emmy nomination morning: “snubs.”

Not true snubs, mind you. Voters aren’t actively shunning anyone. (Though this is Hollywood, so maybe I shouldn’t underestimate the potential for pettiness.) It’s just that there are too few slots for the amount of excellent work being done in the limited series format.

So what shows and actors were “snubbed”? And, on a happier note, who’s feeling glad all over now that the nominations have arrived? Let’s take a look.

Steve McQueen’s anthology series of five movies — an epic, intimate look at London’s West Indian community from the mid-1960s through the 1980s — were always intended to be shown on television because McQueen wanted them to be accessible to a wide audience. But that didn’t stop the Los Angeles Film Critics Association from giving its best picture prize to “Small Axe” last year.

Perhaps Emmy voters were confused. Were they movies? Television? And if the latter, what kind of television? Were they too British? Too smart? Yes, I’m grasping at the reason for the most lamentable omission in the crowded limited series category.

Mbedu is a star in her native South Africa, but Barry Jenkins’ adaptation of Colson Whitehead’s novel was her introduction to most voters. She brought a fiery intensity to Cora, the enslaved young woman journeying to freedom, transfixing viewers with every gesture. Apparently there weren’t enough viewers, though, as the weighty series didn’t benefit from being dropped all at once on Amazon.

Well ... as much of a surprise as it can be for a two-time Oscar nominee and Grammy winner to earn a nomination for playing the Queen of Soul in a highly promoted limited series. Still, Erivo won a place in the Emmys’ most competitive category — lead actress, limited series/TV movie — perhaps blazing a trail for Jennifer Hudson, who will star in another Aretha Franklin biopic, “Respect,” arriving in theaters in September.

“Halston” sits at a 49 score on review aggregator Metacritic, but voters didn’t blame McGregor for this unusually restrained and lazily plotted Ryan Murphy limited series. I will say that nobody has looked better smoking a cigarette since Rita Hayworth in “Gilda.” Apparently, that’s worth something.

Look, I cried when Philip died. And I still get a little verklempt hearing “Who Lives, Who Dies, Who Tells Your Story.” But “Hamilton” isn’t a TV movie. It’s a filmed performance of a play. You’d think that television academy voters would understand the difference.

Talking gills, exploding whales, enormous ... um ... appendages, exploding heads ... “The Boys” isn’t “The Crown.” And its vigilantes aren’t Marvel superheroes either. But the Amazon series’ subversive storytelling appealed to enough voters in a year when more traditional drama series were on a pandemic-mandated break.

SNUB: “Master of None” (comedy series)

Is a series a comedy if it barely delivers a smile, much less a genuine laugh? Emmy voters didn’t think so, failing to nominate the third season of Aziz Ansari’s Netflix show (It’s first two seasons, which were in fact funny, earned nods.) The latest installment of “Master of None” was not without merit. But it was without humor. It should have been shuttled to drama where maybe voters would have rewarded its Bergman-soaked detachment.

Hey, that mustache was on point. Why no love for our soft space dad?

It’ll be another year with a different look for the Emmy Awards.

How 'WandaVision' tailored its episodes to the 5 stages of grief

The series earned 23 Emmy nominations, including three for writing — more than any other series received this season.

The 73rd Primetime Emmy Awards will air Sunday night. Here's some of the outcomes and trends to watch for.

Celebs dressed to the nines to attend Fashion Awards in London

Celebs dressed to the nines to attend Fashion Awards in London 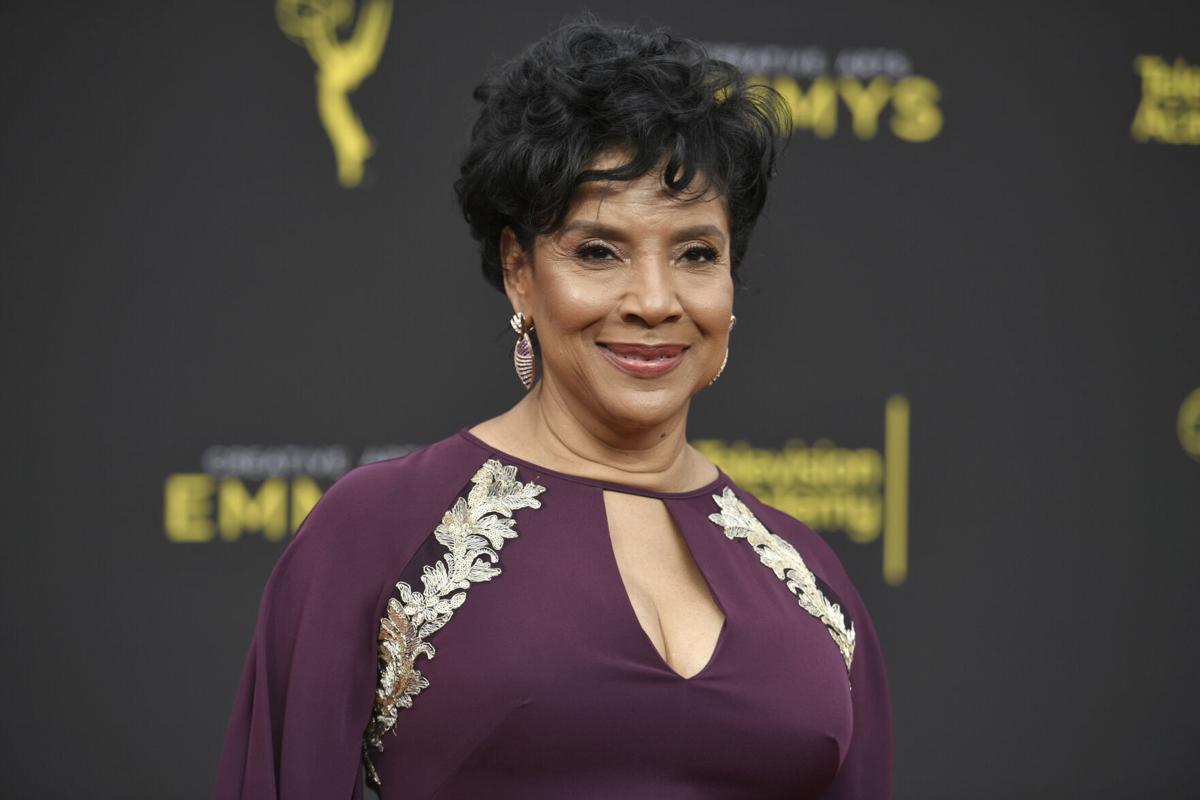 FILE - In this Sept. 15, 2019, file photo Phylicia Rashad arrives at the Creative Arts Emmy Awards in Los Angeles. Rashad has found herself embroiled in controversy after expressing public support for Bill Cosby’s release from prison, with some prominent Black voices calling for her dismissal as dean of the Howard University College of Fine Arts. Rashad played Cosby’s wife on “The Cosby Show". It remains to be seen whether Rashad’s position at Howard is in jeopardy, but the university quickly distanced itself from her comments. (Photo by Richard Shotwell/Invision/AP, File) 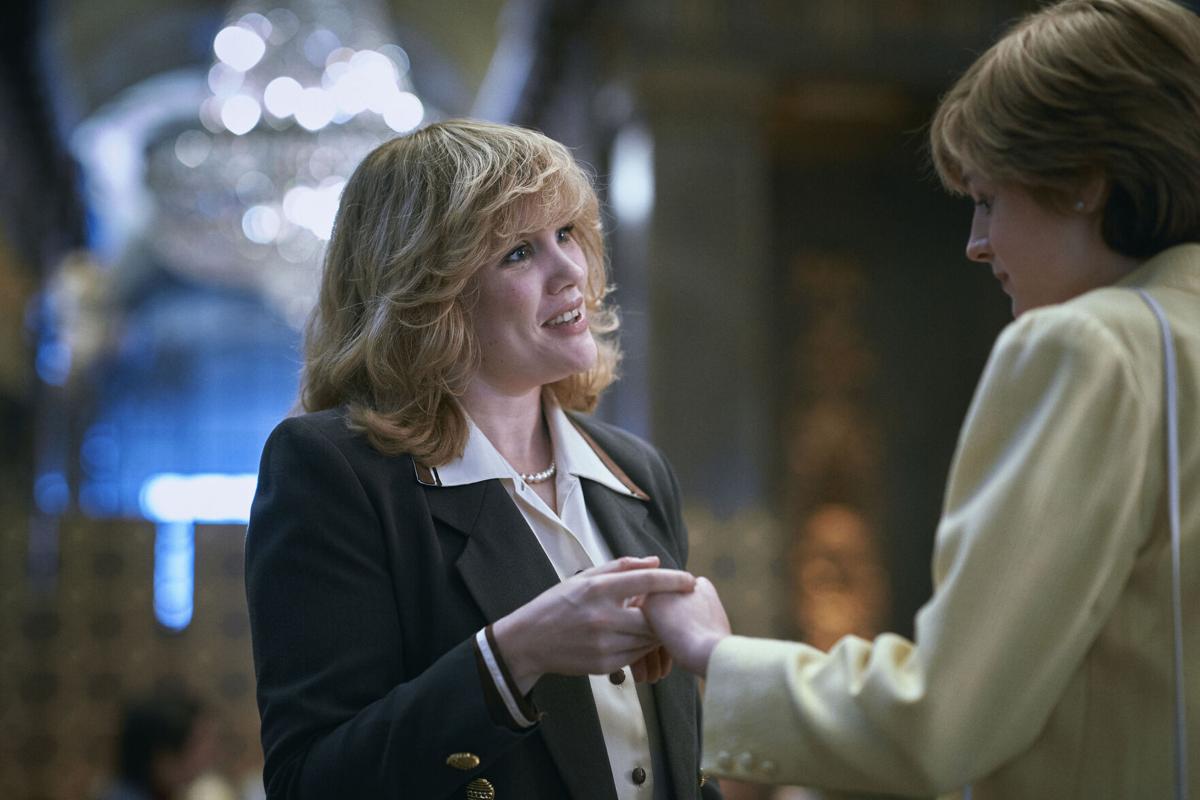 This image released by Netflix shows Emerald Fennell, left, and Emma Corrin in a scene from "The Crown." Fennell was nominated for an Emmy Award for outstanding supporting actress in a drama series. (Des Willie/Netflix via AP) 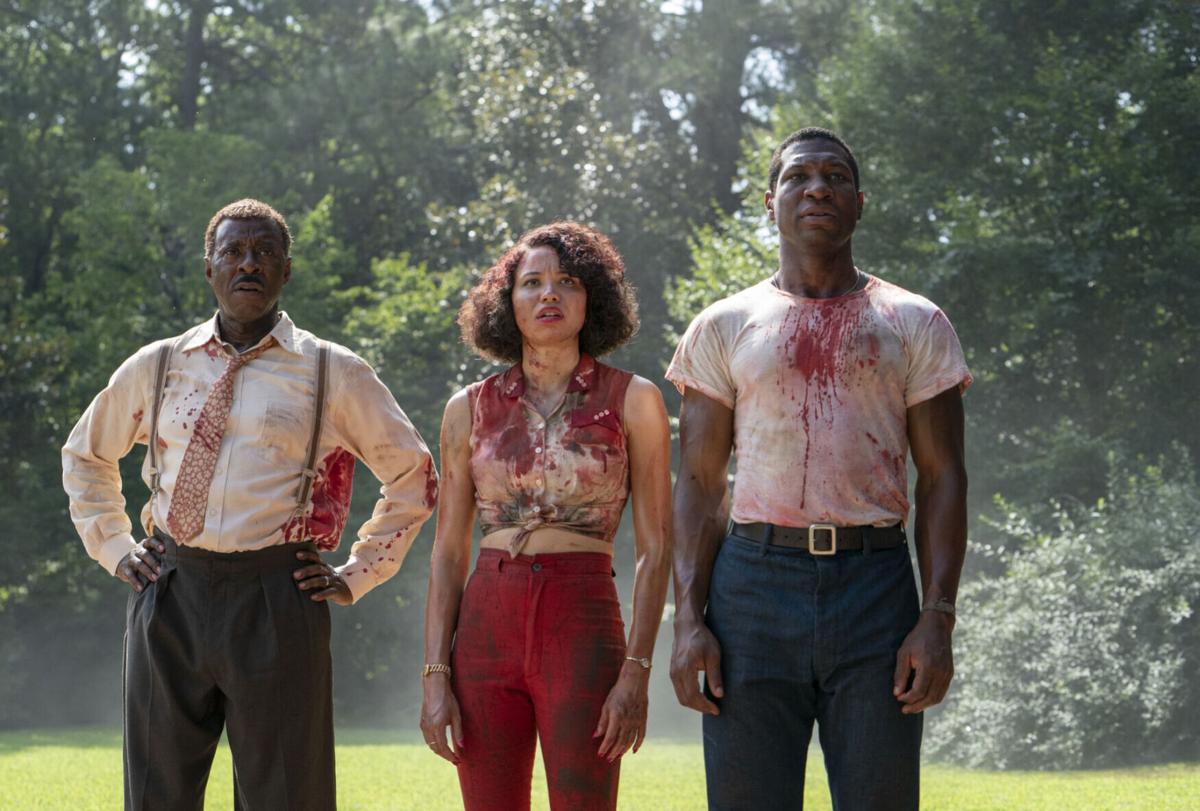 This image released by HBO shows, from left, Courtney B. Vance, Jurnee Smollett and Jonathan Majors in a scene from "Lovecraft Country." The program was nominated for an Emmy Award for outstanding drama series. (HBO via AP) 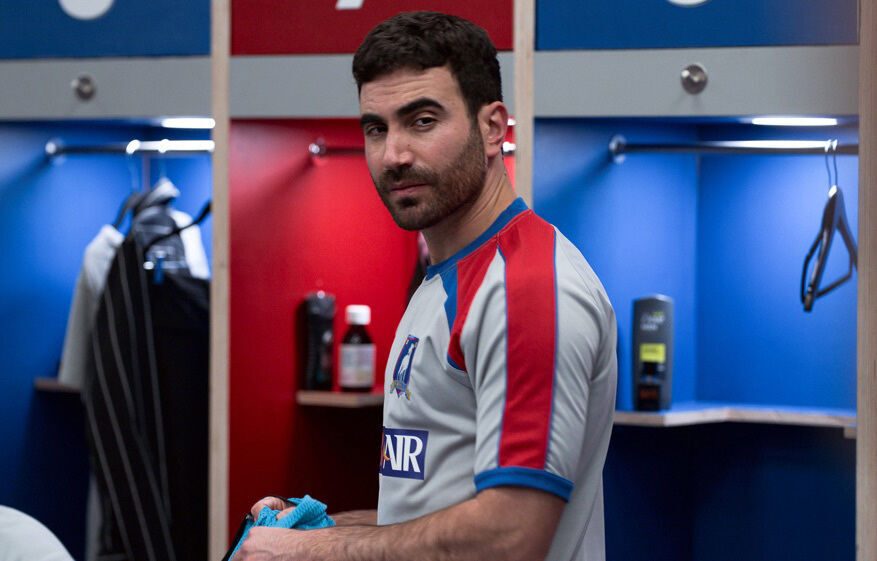 This image released by Apple TV+ shows Brett Goldstein in a scene from "Ted Lasso." Goldstein was nominated for an Emmy Award for outstanding supporting actor in a comedy series. (Apple TV+ via AP) 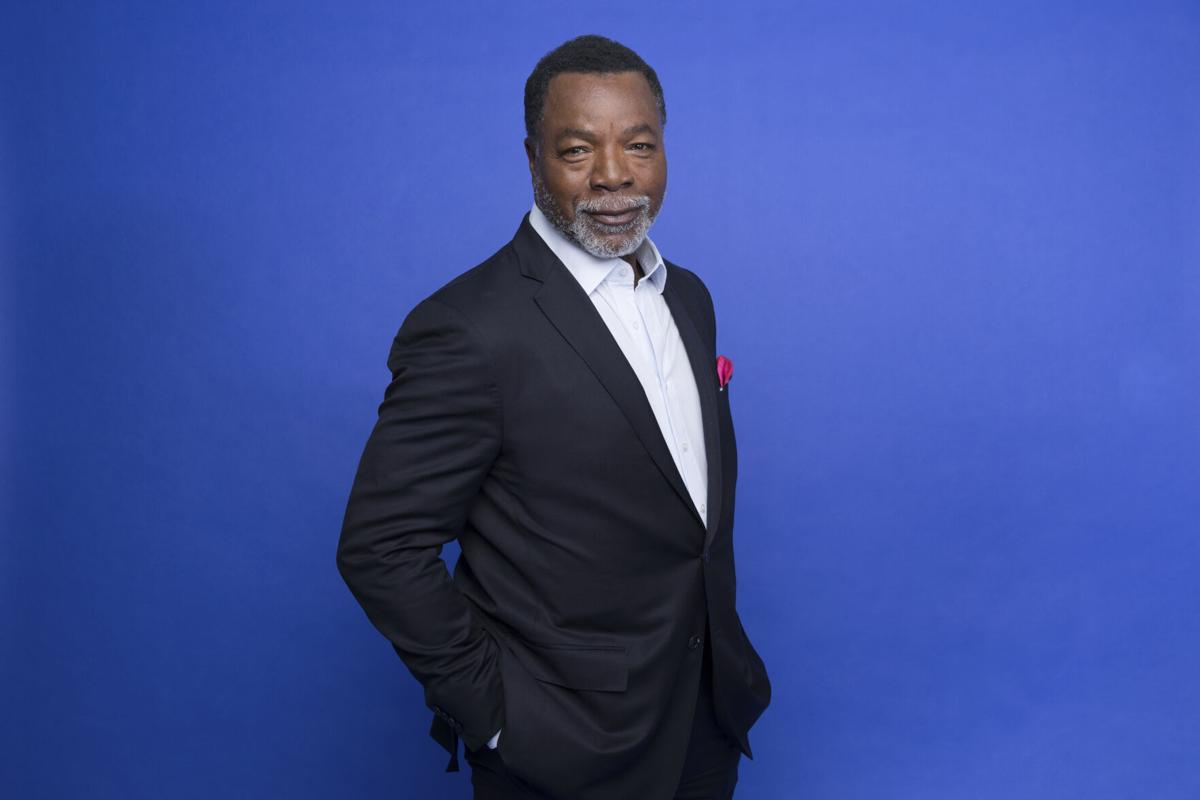 This Oct. 19, 2019 photo shows Carl Weathers at the Disney Plus launch event promoting "The Mandalorian" at the London West Hollywood hotel in West Hollywood, Calif. (Photo by Mark Von Holden/Invision/AP)