Skip to main content
You have permission to edit this article.
Edit

With five days left in the session, and piles of business to be completed, including property tax and business incentive bills, the Legislature got to listen Tuesday morning to Gretna Sen. Andrew La Grone read "Yertle the Turtle."

During debate on the bill, La Grone filed a raft of amendments, meant to take the debate to three hours. He said senators would be sending the wrong message if they voted to cut criminal sentences without ever having taken a vote to cut property taxes. He then read the Dr. Seuss book.

Sen. Andrew LaGrone reads "Yertle the Turtle" in a filibuster in the Nebraska Legislature against Sen. Steve Lathrop's bill speeding up parole eligibility for prisoners. pic.twitter.com/Kw7K9U3rW6

In six years, he's never seen this kind of contempt, he said. The state deserves better than its senators acting like a bunch of kids in fourth grade.

After Sen. Steve Erdman of Bayard essentially told Kolterman to "deal with it ... it is what it is," Lathrop, who is in his 10th year, stood up again, angry and emotional.

"I served with people who respected this institution," said Lathrop, whose first term allowed him to serve alongside senators who had been in the Legislature many years, back to the 1980s and 1990s.

But Tuesday morning, he said, a bill that makes modest improvements for the Department of Corrections drew 23 amendments so La Grone could read a children's story, withdraw an amendment, open another amendment and withdraw it, then another, he said.

"Now we have the invisible hand of partisanship. I say invisible, but it really isn't invisible anymore," he said.

A reliable group of people frequently get texts from outside the chamber telling them to shut down a bill.

"Nobody's exercising judgment in this place anymore," he said. "We don't care. We're waiting for someone to give us orders, for God's sake. And they're partisan."

The Legislature is not functioning, and it is ridiculous, he said, shouting.

"Exercise some judgment. Use your own brain," he said. "For crying out loud, you guys. You're better than this ... and this is important. ... It's the last place on this continent where we come together as nonpartisans. ... This is embarrassing."

La Grone was next to speak and said he had been assured there would be a vote on property taxes and withdrew the amendments. But he said he reserved the right to refile them on the next round of debate.

Lathrop's bill, supported by the state's county attorneys and the Omaha Police Officers Association, would allow offenders to become parole-eligible at least two years before their mandatory discharge date. The law now says an offender is parole-eligible after one-half of the minimum term. This bill would add parole eligibility two years before mandatory discharge, whichever is earlier.

Someone with a flat sentence of, say three years, would not qualify for what the bill offers. A person must have an indeterminate sentence of a lesser number of years to a greater number of years. For example, a 14- to 16-year sentence would make a person eligible for parole within two years of a mandatory discharge date, in this case in six years.

It is expected to give prisoners incentives to get their programming completed so they can qualify for parole, Lathrop said. People who are paroled, rather than released on their mandatory release date, have a better chance of successfully transitioning into society, he said.

The bill as amended would also allow an 18-year-old inmate to make health care decisions without the consent of his or her parent or guardian.

The bill is not retroactive to anyone already sentenced. It would take effect, if passed and signed by the governor, in mid-November.

The state has been in a prison overcrowding emergency since July 1, and as of the end of June, the prisons have been at about 151% of design capacity, reduced because of the COVID-19 pandemic. As more court hearings and trials ramp up again, however, that number could go back to previous levels of about 159% and possibly beyond, officials predicted.

Nebraska Parole Board Chairwoman Rosalyn Cotton gave Lathrop the idea for the bill, possibly to allow the board more offenders to consider for parole eligibility, Lathrop said.

"The solution to overcrowding, ultimately is going to be some thoughtful combination of reforms and building. But we can't possibly build our way out of it," Lathrop said.

The bill was advanced on a 29-2 vote, with La Grone and Sen. Robert Clements of Elmwood voting no. Sixteen senators were present not voting, and two were excused.

New state prison could cost up to $750M over 30 years, companies say

The overcrowding and understaffing in Nebraska’s prisons affects not only the lives of thousands of families, but taxpayers who must fund solutions. This series — and today's story about the Legislature's response to the state's interest in relieving the overcrowding — seeks to give a deeper understanding of the crisis as pressure builds to find answers to long-standing problems.

Nathan Leach has written on social media about the benefits of a nonpartisan Legislature since 2017. And he's testified a few times at the Capitol on the topic. Now he's put together a group of like-minded people to form Nonpartisan Nebraska.

Sens. Anna Wishart and Adam Morfeld, who led the drives both in the Legislature and to get medical marijuana on the ballot in 2020, said they plan to launch a new ballot initiative for 2021.

The Department of Correctional Services also has made improvements in some areas, including decreasing turnover and overtime, and the numbers of inmates in restrictive housing, according to Inspector General for Corrections Doug Koebernick.

Nathan Leach has written on social media about the benefits of a nonpartisan Legislature since 2017. And he's testified a few times at the Capitol on the topic. Now he's put together a group of like-minded people to form Nonpartisan Nebraska. 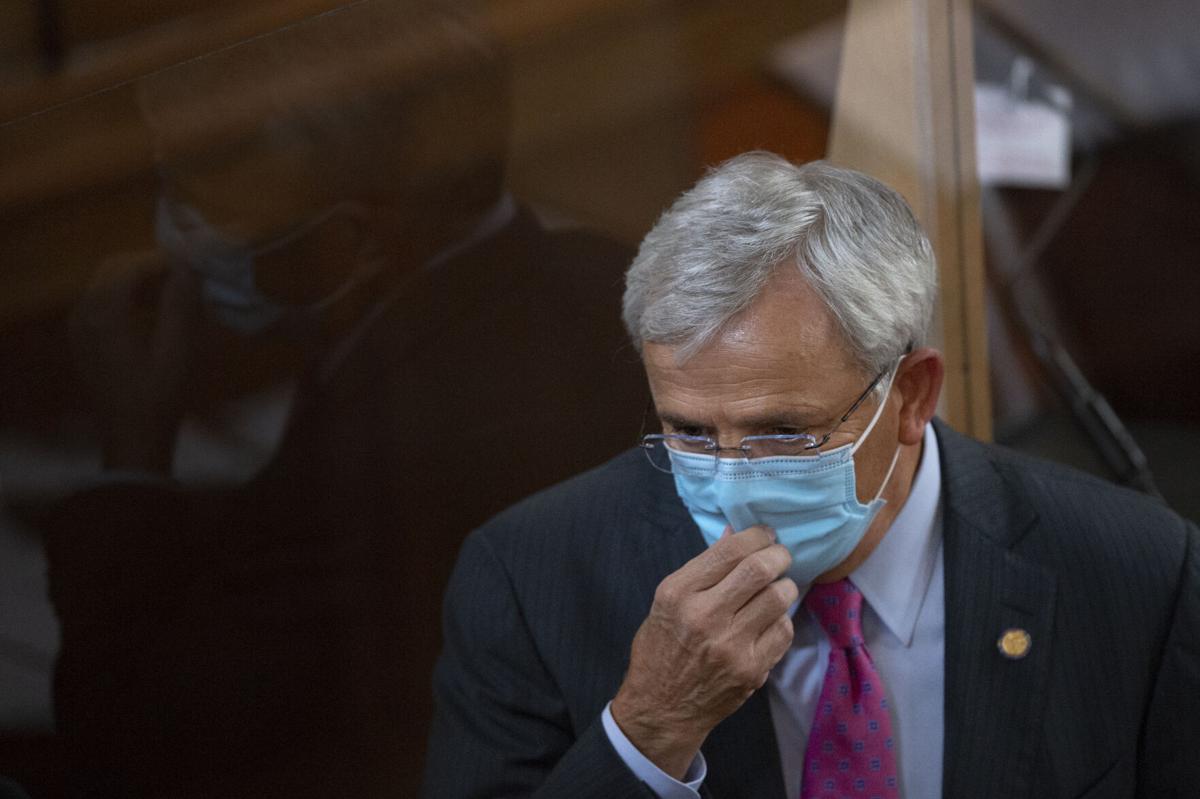 Sen. Steve Lathrop adjusts his mask during a legislative session at the Nebraska state Capitol on July 30. 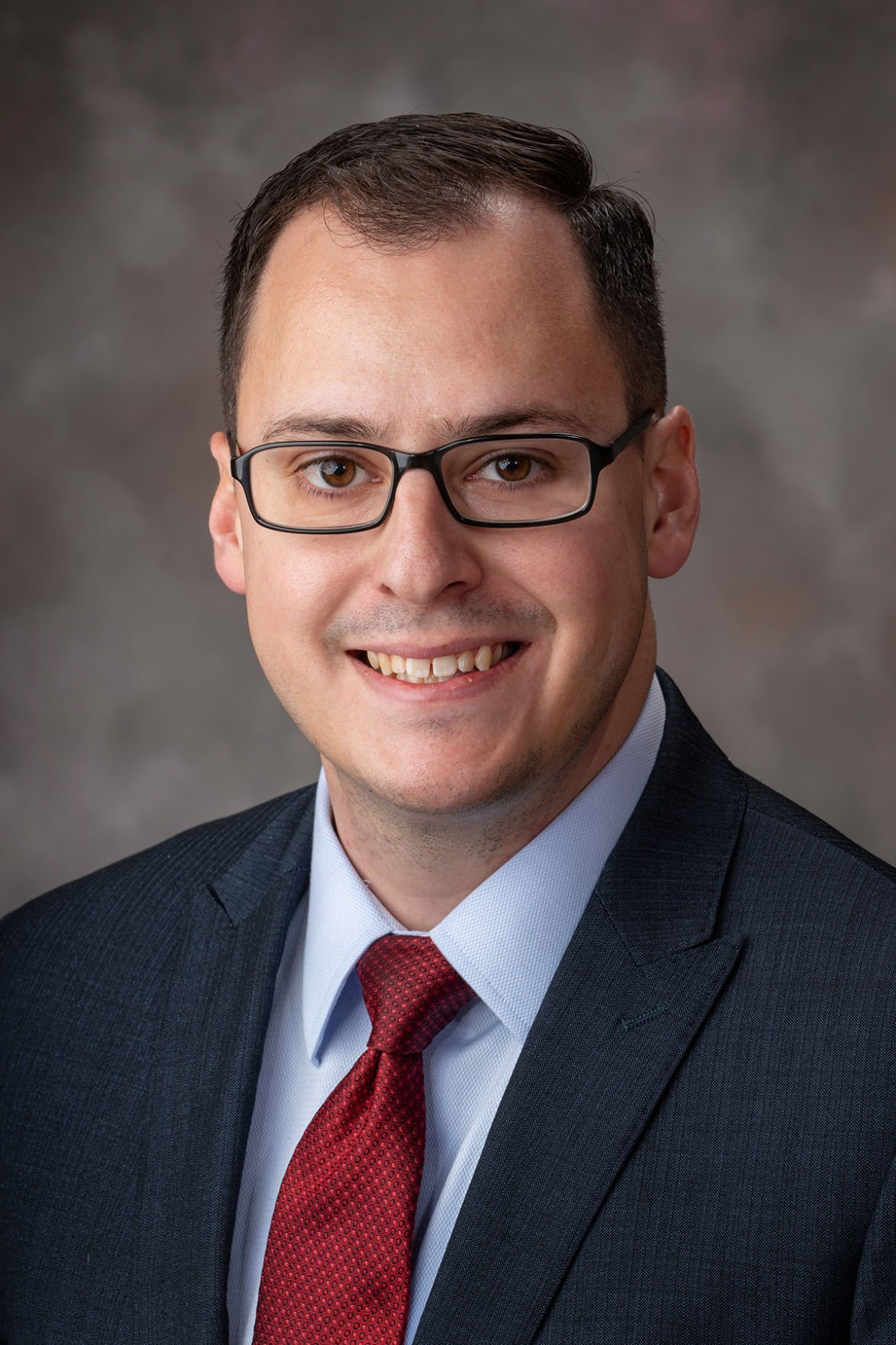