Monday will mark one year since the disappearance of Chance Englebert, a 25-year-old Moorcroft, Wyoming, man reported missing by his wife. Since then, authorities, friends and family have been unable to determine what happened to the young man, who had recently married and had a newborn son.

Englebert had last been seen on July 6, 2019, and reported missing by his wife, Baylee. He had left the home of one of her relatives after a disagreement. She had last seen him walking in the 700 block of O Street.

During the investigation, officers found video footage of the man, showing him walking past two businesses in Gering and an apartment in Terrytown. The last video of the man shows him walking in the area of the intersection of Terry Boulevard and Stable Club Road in Terrytown.

“We go on and try to act like everything’s good,” she said. “... There are so many firsts and we’re trying to get through them.”

Every first missed holiday, missed birthday, the missed graduation of a brother or even thinking about the missed firsts of Chance’s son, Banks, who was just three months old at the time the man went missing, “it just hits you again,” Dawn said. She said even thinking about him sitting at the kitchen table, sharing stories, makes her heart hurt.

Not knowing what happened to Chance — and seeing speculation on social media from foul play to the man being killed in an accident that someone feared to report — adds “an extra degree of hurt.”

“I know less today than I did then,” Dawn said, when asked if there has been anything that gives police or Chance’s relatives any inkling about what happened to him that day. “Absolutely nothing.”

When Chance disappeared, Dawn and his wife, Baylee, described the Englebert family as a close family. Chance’s disappearance, the subsequent investigation and even drama on social media have affected the family.

The Star-Herald did reach out to Baylee as part of this story, however, the woman declined to be interviewed, expressing concern because she said each time she or another family member have consented to an interview, they have received death threats or other threats that concern her about her son’s safety.

Though Dawn acknowledges there is certainly a chance her son may have left on his own, she and others still feel it would be out of character for him. She said she wrestles with that, knowing that she would feel a sense of relief if that were found to be true because her son would be alive, but also disbelieving he would leave his wife, his family, and especially his son, of his own accord.

“He would not do that,” she said. “He loved that little boy. He was such a good daddy in that three months.”

She says he was an amazing brother, parent and friend, so she struggles to believe that he’d just walk away from his life.

“He knows we would have done anything for him,” she said.

At the beginning of the investigation, Dawn said, Gering Police contacted the family regularly and after a period of time, she would reach out to them. Now, she said, they don’t often hear from the department’s investigators.

“I think they don’t know what to say to me,” Dawn’s said.

After all, she said, what else do you say when there are no new leads?

Gering Police Capt. Jason Rogers acknowledged being unable to provide the family answers as one of the most difficult parts of the investigation.

Over the last year, he said, they have not generated any leads that have brought them any closer to bringing the case to a close.

He told the Star-Herald this week that Chance’s case remains an open, active investigation. He said he has told the family, “We’re going to keep this an open case until we get those answers — until we figure out what happened with Chance or to Chance,” Rogers said. “We are going to keep digging, keep plugging along, and hopefully, be able to get those answers for everybody.”

In addition to the searches last July — which involved 17 different agencies and personnel searching from water using sonar and boats to grid searches with cadaver K9s — Rogers says there have been other efforts, including K9 teams coming from other states to search a two to three mile area where Chance’s phone is reported to have last pinged. There have been various rumors on Facebook, which when reported by a person and not just speculation, that investigators have followed up on. Investigators have tracked and investigated sightings from Oregon to Texas, he said.

“It’s really truly a team effort,” Rogers said, saying that in some way or another the Englebert investigation is discussed in the department on an almost daily basis. With agencies throughout the Panhandle having a good, cooperative relationship, agencies, including the Nebraska State Patrol, and others have been involved at some point or another.

Throughout the investigation, Rogers said, the department has tried to be open and transparent, from providing video to location of the last ping on his phone coming from a tower near Riverside Golf Course. That ping has drove many of the search parameters, and an arc of coverage does include the area where the man was last seen. Dawn told the Star-Herald that her son had called a friend, seeking a ride to leave.

The department has also been in contact with friends, family and others who have organized other searches, including K9 teams. Many teams that have worked with law enforcement have provided reports of those searches to the department.

Rogers, who has been in law enforcement for 26 years, described Chance’s case as one of the most frustrating he has been involved in.

As she did last year, when her son first disappeared, Dawn said she continues to plea for an answer, urging anyone with information to contact local law enforcement or even another agency that they trust, including the Fall River Sheriff Department in the county that the Engleberts call home.

“Like I did that week, I beg you to let somebody know,” she said. “There’s people you can trust. Help us get some closure. I beg of you that.”

Authorities looking for a missing Wyoming man searched the North Platte River and local railroad tracks in an attempt to locate the man.

Rogers said that searchers would work until about 8 p.m. Monday and then gather again Tuesday morning to continue the search, working in a grid pattern.

In an interview with the Star-Herald Wednesday, Baylee Englebert, the wife of Chance Englebert, said the family has gathered an $8,000 reward, hoping for information in Chance’s disappearance. Chance, 25, was last seen at about 8:30 p.m. after he left a Gering home Saturday night.

Searches for a Wyoming man missing since Saturday have been concluded and authorities advise that the operation has “turned to the investigative.”

During a press conference Thursday, Gering Police Chief George Holthus reviewed the efforts by police and other authorities to locate Chance Englebert, 25. Englebert has been missing since Saturday, when he left the home of his wife’s grandparents after an argument. His wife, Baylee, last saw him walking in the 700 block of O Street area.

Gering Police continue to ask for the public’s help with gathering video and information as officials from more than 16 agencies are search for a Wyoming man who has been missing since Saturday.

Chance Englebert, of Moorcroft, Wyoming, had been reported missing over the weekend. His wife, Baylee Englebert, told the Star-Herald that her husband had last been seen on Saturday, at about 7:30 p.m. He had left the home after becoming upset, she said.

Gering Police are circulating a photo that shows a Wyoming man on the date that he went missing.

Chance Englebert, 25, of Moorcroft, Wyoming, has been missing since Saturday, July 6. The man left a Gering residence in the 400 block of O Street at about 7:30 p.m. Saturday. Gering Police have said that video surveillance from businesses show him walking northbound on 10th Street, with the last video showing him at a business near Martha Road at about 7:51 p.m. Cell phone data shows his phone as last being in the vicinity of Owl Road, south of the Western Travel Terminal convenience store, at about 10 p.m.

GERING — Nearly two weeks after a Wyoming man was last seen, investigators say the man has not made contact with friends or relatives.

Authorities report that the investigation of a Wyoming man reported missing in July remains open, but to date, there has been no resolution to the case.

GRAND ISLAND, Neb. (AP) — Police in Grand Island have identified a man whose body was found lying in a front yard this week.

Heat advisories for the Northeast

Heat advisories for the Northeast 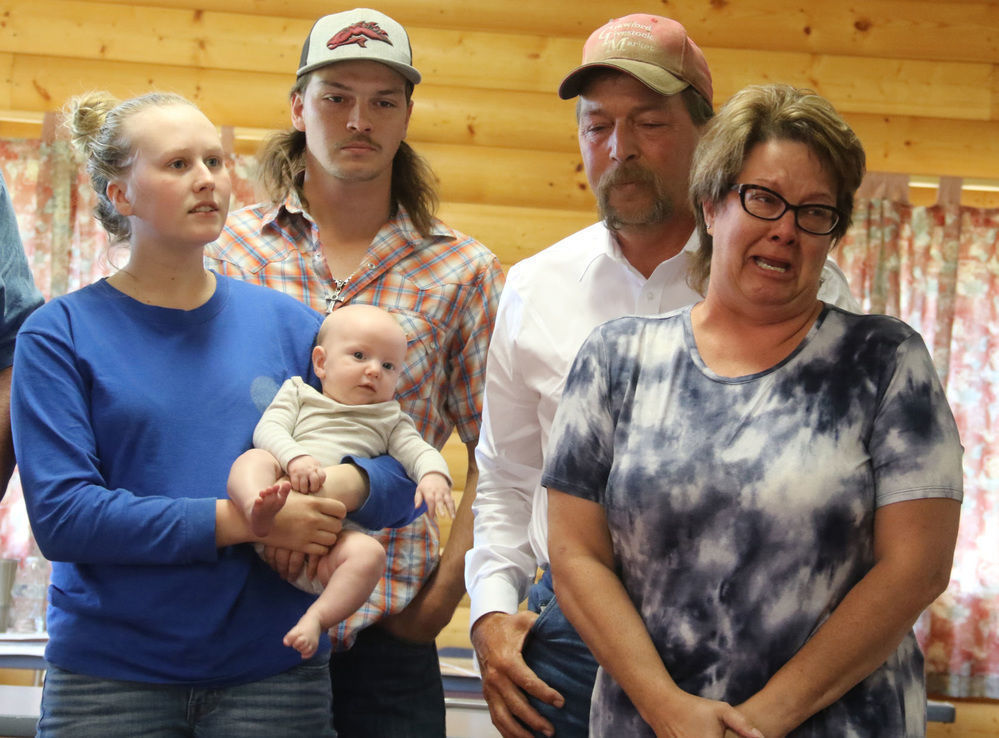 Dawn Englebert, right, the mother of missing man, Chance Englebert, speaks about her son during a press conference Wednesday, July 10, 2019. She is joined by Chance's father, Everett; son Miles, and Baylee Englebert, the wife of Chance, and the couple's son, Banks. 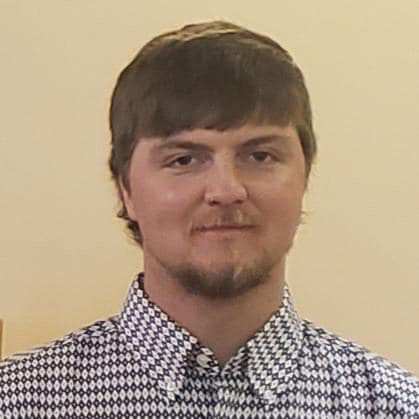 Chance Englebert has been missing since July 6, 2019.