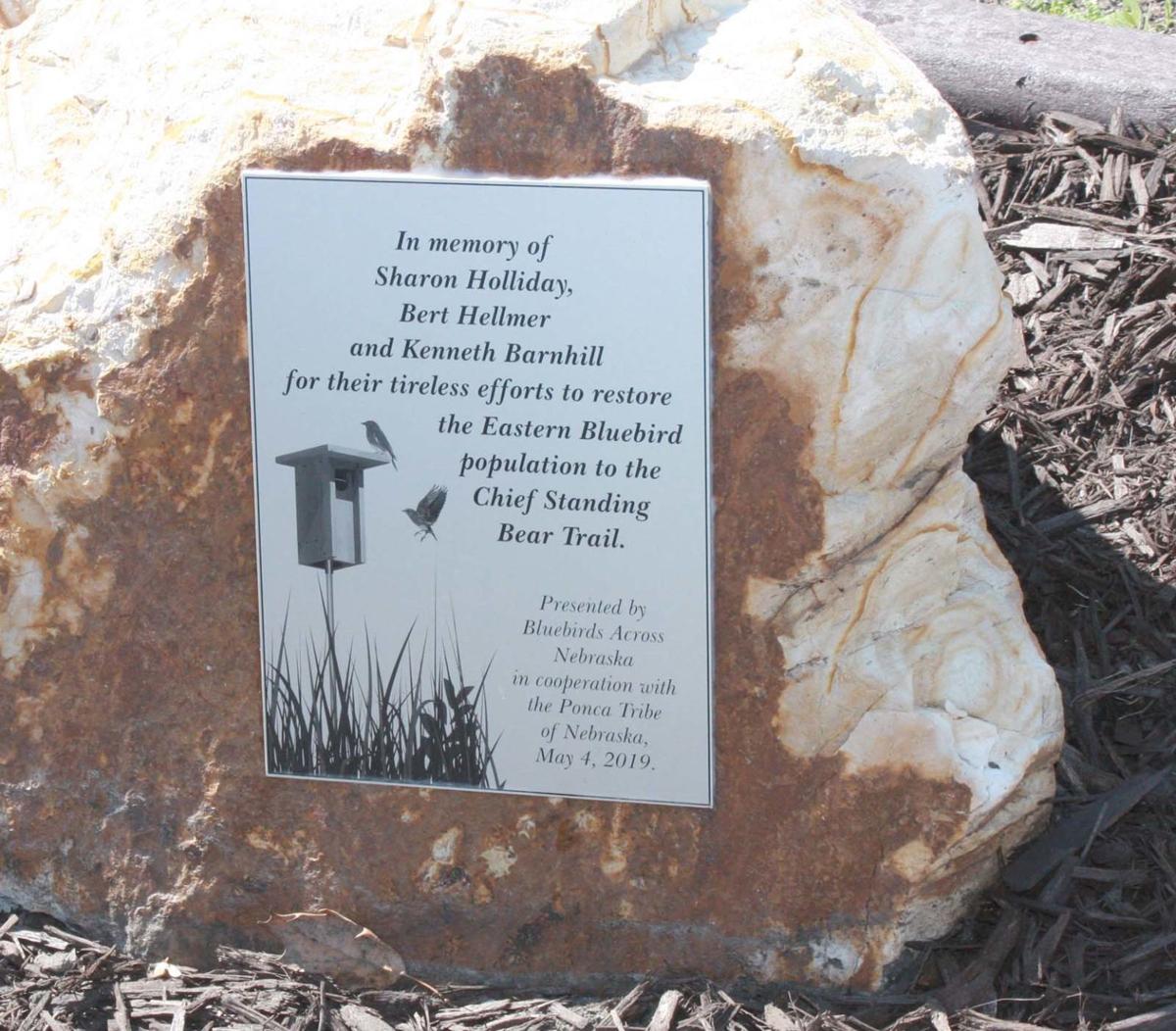 A plaque near the bench dedicated to three members of Bluebirds Across Nebraska who assisted in efforts to restore the Eastern Bluebird population. 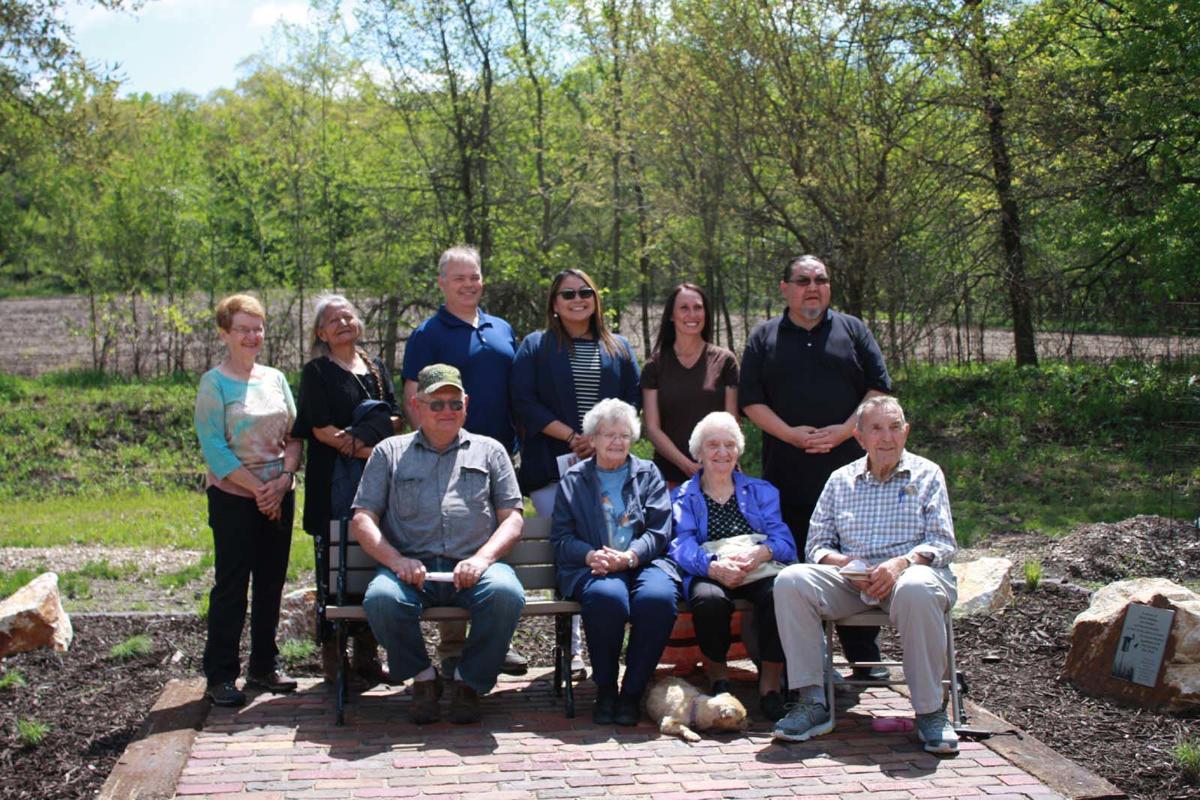 A resting bench and memorial area were recently dedicated at the Chief Standing Bear Trailhead near Blue Springs.

The area was established by Bluebirds Across Nebraska to honor Sharon Holliday, Bert Hellmer and Kenneth Barnhill.

All three members and their spouses had put out bluebird boxes along the Union Pacific rail corridor before it was converted to a hiking and biking trail. The joint effort began about 25 years ago with boxes from Oketo, Kan. to north of Blue Springs.

The mission of the Bluebirds Across Nebraska is to increase the population of bluebirds and other native cavity-nesting birds through the promotion of bluebird awareness among concerned citizens.

Sandy Siebert, President of the Bluebirds Across Nebraska, explained that until the mid 1880s the bluebird was common, but because of the English Sparrow and the Starling, their numbers began to decrease. Agriculture practices also impacted the population.

“They were on the brink of extinction,” said Siebert. “Holliday, Hellmer and Barnhill were involved in putting on workshops and educating the public on the bluebird.”

Native grasses and trees, including black cherry, hornbeam, linden, bald cypress, catalpa and a variety of oaks, were planted with assistance from the Nebraska Statewide Arboretum.

“The goal is to increase the population of the bluebirds, but the success of that is in the monitoring," said Dean Cole, a volunteer with Bluebirds Across Nebraska.

Maurice Cullison and Xander Seeman continue to monitor the bluebird boxes. In 2018, 134 bluebirds were fledged along the trailhead corridor.

Dwight Howe with the Ponca Tribe of Nebraska expressed appreciation to everyone involved in creating the memorial.

“It’s humbling. All of the plants, the trees and the boxes. All of these things compliment the area and speaks well of the people involved and the community,” said Howe. “It’s a beautiful thing and it’s only going to get better."

“In the late 19th century, nothing said 'prosperity' more than the railroad coming to your town, bringing brick streets and sidewalks,” said Cole. “This project is an example of the people and organizations working together to enhance an area, not only for hikers and bikers, but also for wildlife and naturalist."

David Barnhill is the Gage County Coordinator for Bluebirds Across Nebraska and can be reached at kbarnhill@windstream.net or 402-674-3295 for more information.

With the latest Directed Health Measures in place, pools are allowed to reopen and non-contact sports practices can begin June 1.

Jack Rico, 13, graduated with four associate degrees from Fullerton College in California — the youngest graduate in the school's 107-year-old history.

A plaque near the bench dedicated to three members of Bluebirds Across Nebraska who assisted in efforts to restore the Eastern Bluebird population.