Meat Loaf, 'Bat Out of Hell' rock superstar, dies at 74

Butler said during his tenure, he focused on abdominal surgery, including gallbladder surgery, hernias, appendix, appendicitis, colon surgery and endoscopies. He said when he first started, he also did gynecological surgeries like hysterectomies and C-sections, because there weren’t specialty surgeons like OB-GYNs at that time.

Butler said the types of surgeries surgeons do depends on their level of training and interest.

“Things I didn’t do during my career would be chest surgery,” Butler said. “Heart and lung stuff, major blood vessel work, I didn’t do that…I think that’s basically dictated by the facility and by the needs of the community. Some general surgeons, like me, might do more orthopedics like hip fractures or bone work, things like that, depending on the needs of the community. It’s really varied.”

Butler said his father was a family doctor in Minden, Nebraska, and that he always knew he was going to be a doctor, as well. He said he chose to become a surgeon because patients come in with a well-defined problem that can directly be addressed.

“I went to Nebraska Wesleyan University and the University of Nebraska Medical Center, and then I did surgery training in Michigan,” Butler said. “I decided I wanted to practice in Nebraska rather than live someplace else and travel back to see family. We decided to live here. So we moved to Holdrege, Nebraska in 1983, and then from there we moved to Beatrice in 1989, and we’ve been here ever since.”

Butler said he’s seen several big changes at BCH and in healthcare overall during his career. He noted that patient charts have been replaced by electronic medical records, and technology for surgeries has advanced to allow for smaller incisions in patients, a quicker recovery period, less post-operative pain, and a shorter length of stay in the hospital.

“The obvious and biggest change was the building of the new hospital, and I attribute that to the work of Bill Boyce and John Rypma, the chairman of the board at that time. They were able to foresee the need for a bigger, more modern facility,” Butler said. “The number of physicians or providers in Beatrice has really grown. When I came, there were 15-18 physicians providing care in this community and the surrounding area, and now, in addition to those physicians, there are nurse practitioners and physician assistants, midwives, and a lot more providers, maybe 50-60 providing care in this area. So that’s a big change.”

Butler said some notable highlights of his career include having the lights briefly go out in the operating room during surgery, and in another case, having to stop in the middle of an operation to care for a patient in the emergency room.

“Being the only provider here, you have to make those choices as to what do you do? So that’s happened once or twice,” Butler said. “In the case that I’m referring to, we stopped at a point where we could, woke the patient up in the recovery room until I was finished in the emergency department, and then brought him back to surgery and finished the operation. That’s a very rare thing.”

Butler said the biggest misunderstanding about abdominal surgery is that people don’t realize that the inside of a human body is a lot cleaner than they might imagine.

“They think that when you open the abdomen or operate on some internal organ, that there’s blood and guts and it’s a mess. That’s really not the case,” Butler said. “There is some blood loss, but very rarely do we ever have to transfuse someone because of blood loss.”

Butler also recognized the two nurses he worked with over his career, Barb Siems and Joyce Carpenter, and their work organizing patient information, and communicating back and forth with him and patients about lab results and other pre- and post-surgery information.

“It’s a huge job, and I’ve been fortunate enough to have only two over those 32 years, and they’ve both been terrific…The crew in the operating room has been very loyal,” Butler said. “A couple of them have been there longer than me. The longevity, I think, is an indicator of how well the department is run, how they enjoy the work.”

To celebrate his retirement, Butler said his family has organized a party at their lake house at the Lake of the Ozarks in Missouri. He said his main retirement plans include traveling to visit his three daughters and their families located around the country.

“Our family and friends, our church, and all the activities we’ve been involved with through the years are still here,” Butler said. “This is our home, so we are going to stay here for at least the time being. We don’t have any plans to move.”

BCH has made arrangements to continue to provide general surgery services, and hired a new full-time general surgeon, Dr. David Masinter. Masinter is currently completing his residency in Chicago, Illinois, and will be on-site starting in August 2022.

Until then, BCH is contracting general surgery services with General Surgery Associates of Lincoln. Dr. John Fallick and Dr. Brad Olberding will provide surgery coverage for BCH patients and provide on-call coverage. Fallick will also have a clinic on Monday afternoons, and Dr. Olberding will have a clinic on Thursday afternoons in Specialty Physician Clinics on the hospital’s second floor.

For endoscopy services, BCH is contracting with Gastroenterology Specialties PC of Lincoln, and GI surgeons will be on-site on Wednesdays.

“We know how important it is to have surgery services available locally to eliminate unnecessary travel and to keep patients close to family and friends, and we are committed to providing those services,” BCH CEO Rick Haraldson said.

The village of DeWitt has a full weekend of events this year in celebration of DeWitt Days.

Community members were able to leave their mark on the Beatrice Mary Family YMCA on Wednesday.

A federal holiday that was declared in June has some local government authorities rethinking their handbook policies.

As Sunland residents prepare to celebrate the Fourth of July, area officials are encouraging everyone to have a safe Independence Day and foll…

Attendees at the Homestead Days events in Beatrice were able to row their way out of town Saturday morning, as the Beatrice Mary Family YMCA h…

In the middle of baseball season this year, a local couple stepped up to the plate at Fuller Baseball Field in Pickrell and exchanged wedding …

On Saturday morning, thousands of people gathered on Court Street in Beatrice to cheer and gather candy at the annual Homestead Day's parade.

After a hiatus due to the COVID-19 pandemic, Homestead Days in Beatrice had a big return, with an estimated 14,000 people attending the parade alone.

Starting in September, Beatrice Community Hospital and Health Center is scheduled to have the city provide personnel to provide protection and…

“More Fun Coming to the Park” a large sign promises as people enter the Village Park at 300 Commercial St. in Diller.

COVID: HOSPITALIZATIONS AT ALL TIME HIGH

Pelosi: More needs to be done after Biden's year

Pelosi: More needs to be done after Biden's year 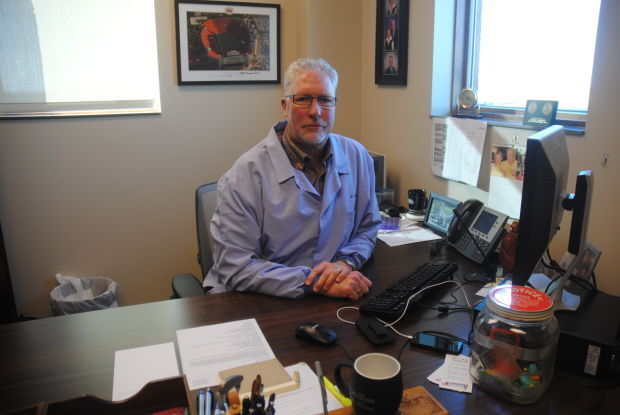 Beatrice Community Hospital surgeon Dr. Blake Butler said he’s seen several big changes at BCH and in healthcare overall during his 32-year career. He noted that patient charts have been replaced by electronic medical records, and technology for surgeries has advanced to allow for smaller incisions in patients, a quicker recovery period, less post-operative pain, and a shorter length of stay in the hospital. 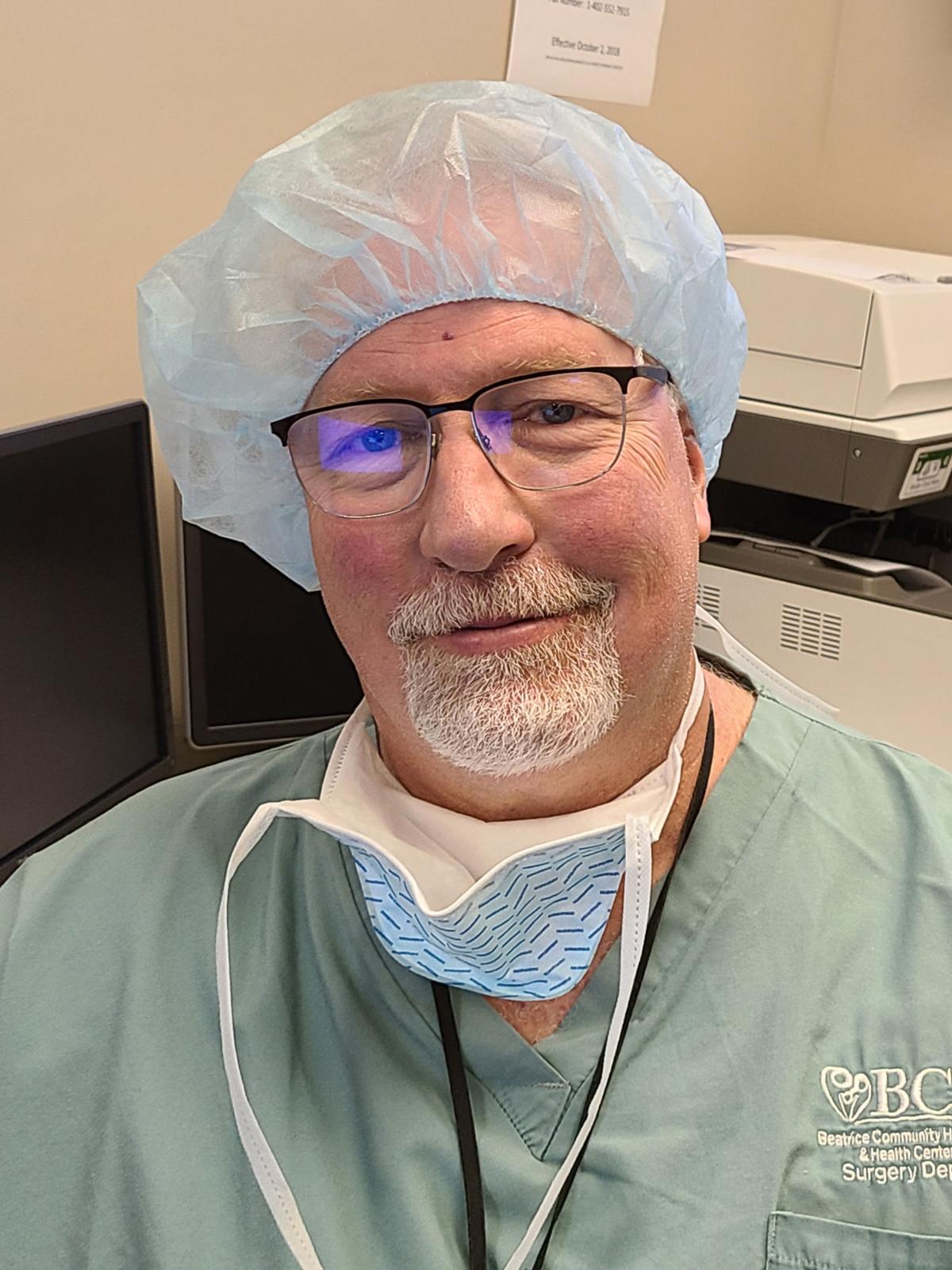 Beatrice Community Hospital surgeon Dr. Blake Butler retired this week after 32 years of service to the community. Butler said his father was a family doctor in Minden, Nebraska, and that he always knew he was going to be a doctor, as well. He said he chose to become a surgeon because patients come in with a well-defined problem that can directly be addressed.