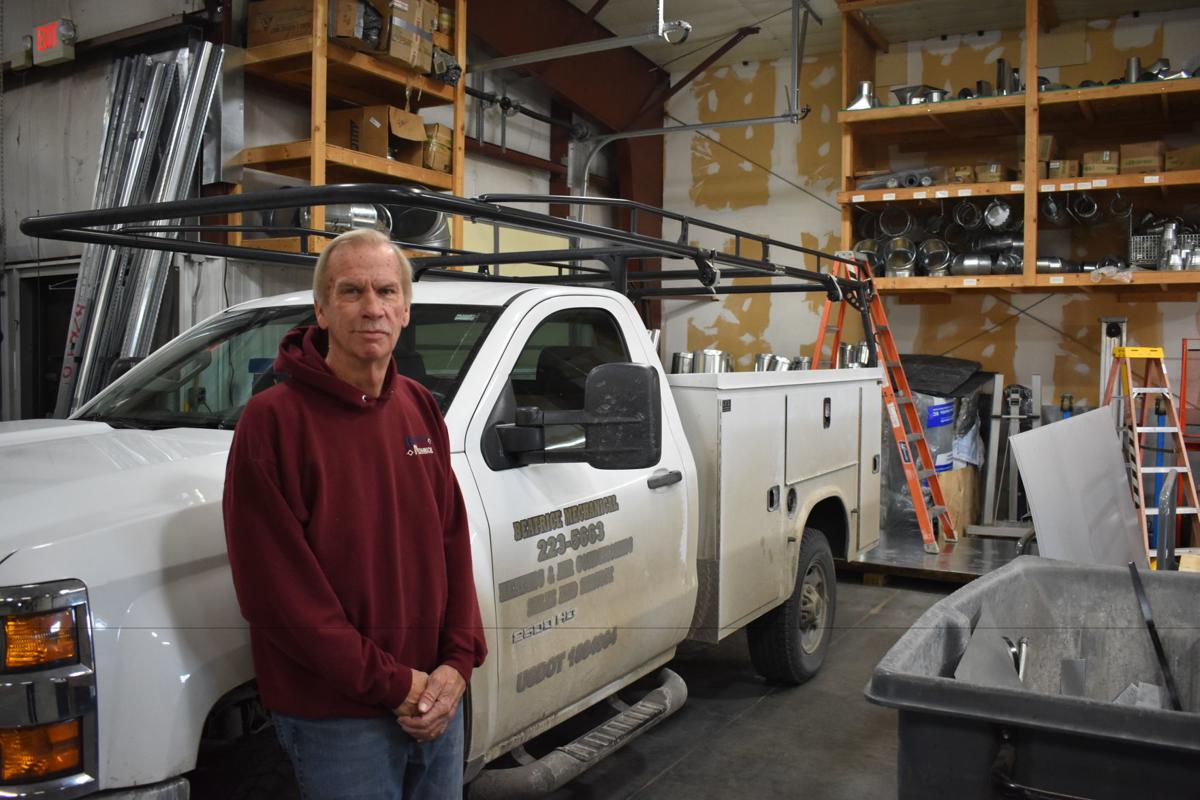 Dennis Schuster poses in the shop at Beatrice Mechanical. Schuster started the business in 1982. 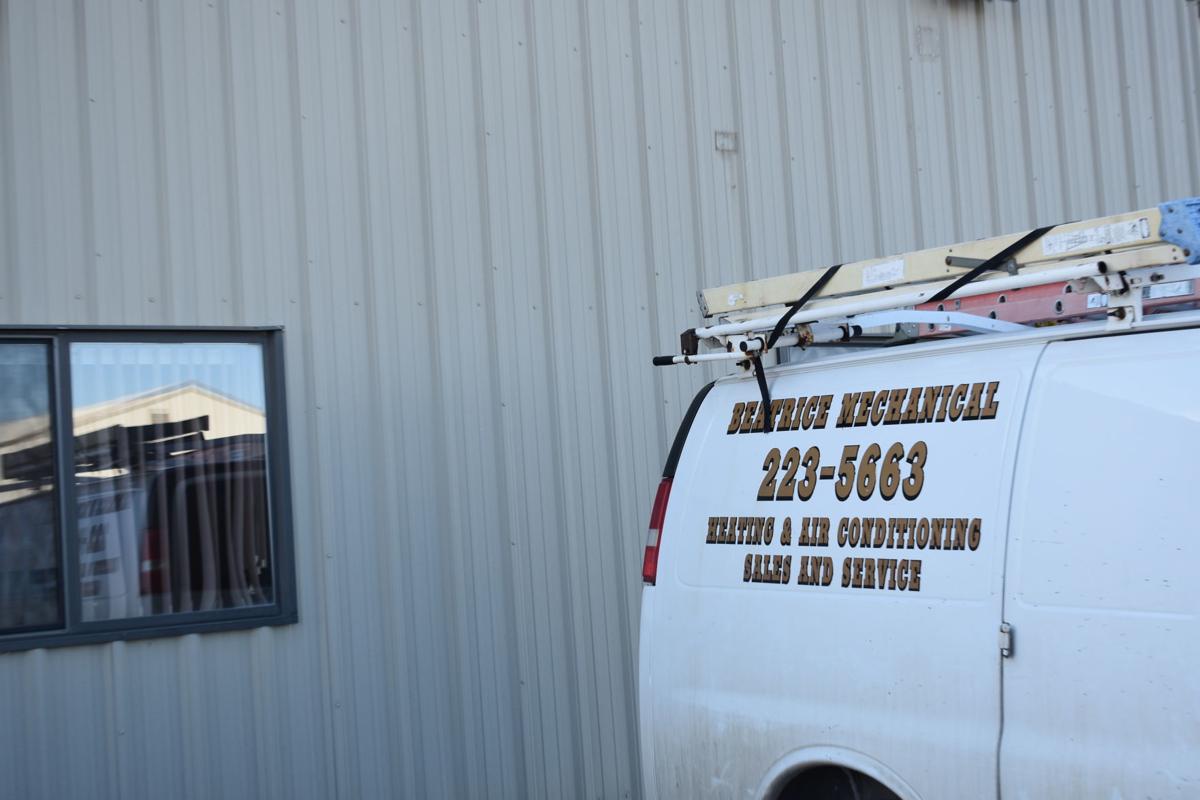 Beatrice Mechanical specializes in heating, ventilating and air conditioning services on commercial and industrial properties, in addition to residential work. The company is located in the Gage County Industrial Park. 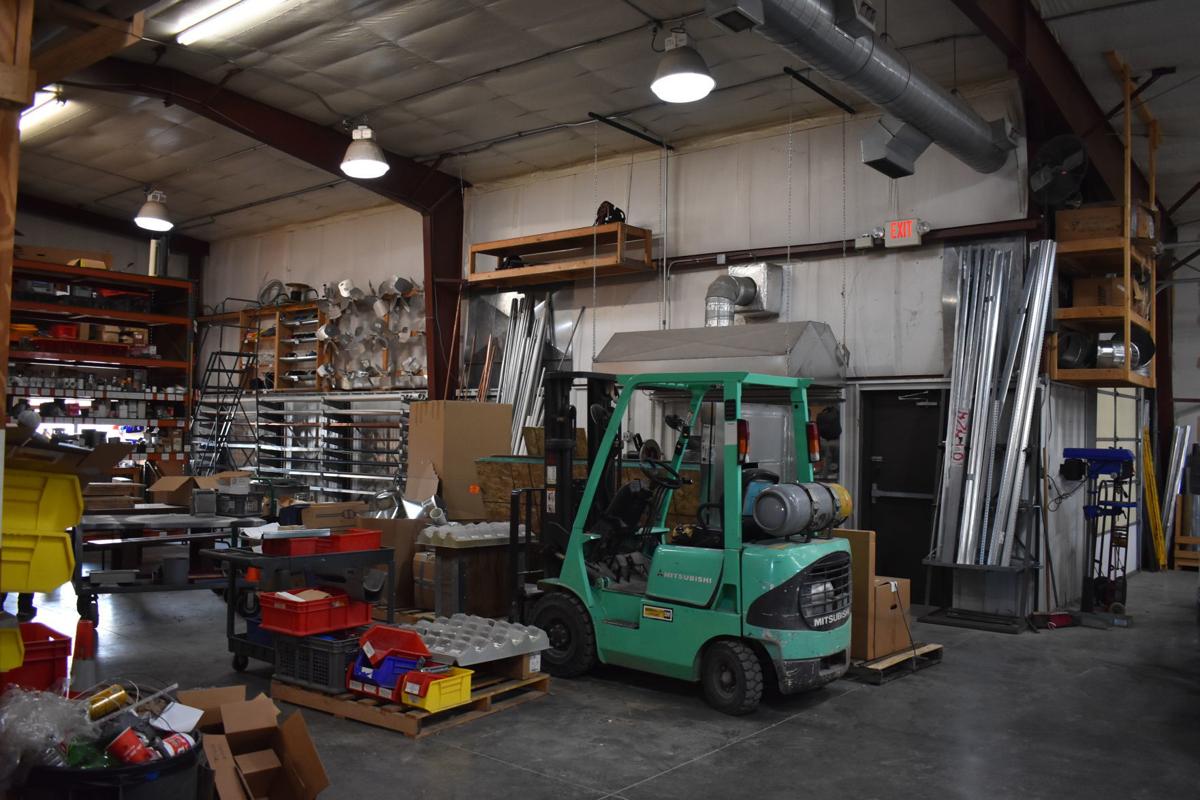 Beatrice Mechanical employs 12 workers from the industrial park location. Many of the company’s projects in recent years have been in the Gage County area.

For more than 35 years, Beatrice Mechanical Service Inc. has been doing heating, ventilation and air conditioning work in Gage County and beyond.

During that time the business has gone through its ups and downs, particularly the recession of the late 2000s, according to owner Dennis Schuster.

“It was probably the toughest time I can remember, and I started business in 1982, probably one of the worst times ever to start a business,” he recalled. “It was a really deep recession back then, but I think things were actually worse here in about 2010, was when it really hit here.”

The company survived those challenging years and Schuster said that business has been booming in recent years.

Specifically, the company has seen more projects in the Gage County area rather than traveling to take contracts in other counties.

“It’s been going quite good for the last three or four years,” he said. “Construction has been on an uptrend in the area for a while now. I don’t know if we’re going to continue at the pace we’ve been. It’s probably a little unusual for this neck of the woods, but we’re not seeing anything going over a cliff, either.

“We still go out quite a ways, but we just finished the new Exmark office building right in our back yard almost. We had the hospital expansion in 2015 and a lot of smaller projects around here. We haven’t had to drive a long ways. It’s easy on trucks and easier on the fuel bill, too.”

HVAC work is in Schuster’s blood. His uncle owned a large shop in Sioux Falls, S.D. and his father was an electrician which Schuster said were factors in his own interest in engineering and construction trades.

January will mark 20 years since Schuster moved his business from North Ninth Street to the Gage County Industrial Park.

He said the location is easy to mobilize from as far as bringing equipment in and out, and the access to Highway 77 has been a benefit, as well.

The business specializes in heating, ventilating and air conditioning services on commercial and industrial properties, in addition to residential work.

Beatrice Mechanical has 12 employees, and has been consistently at that number for several years. Despite having the same number of workers, Schuster said the business has learned to do more with its resources.

“We’ve learned to become more productive with the people we have,” he said. “We do a larger volume of business than we were doing and we’re doing it with the same amount of people. We’re becoming more productive and there’s a little inflation out there in the world.”

Technology has been an asset in that adaptation. Computers allow for better designs of projects, while tools make worksites more efficient.

“We used to drag extension cords all over job sites and now everybody has power tools that are battery powered,” Schuster said. “Drills, saws and a lot of variations are out there too. The guys probably have four or five different styles of drills and two or three saws. The technology has changed us. Everybody looks at construction and HVAC service and thinks it’s been that way all the time. It’s a lot different and a lot more goes into the organizations of projects, too.”

While the job has changed, one constant has been his belief of putting customers’ needs first.

“I’m one of those guys that the philosophy is let’s take care of the customer,” Schuster said. “That’s why we’re here, that’s the number one job. You need to treat your employees well and be generous with them and hopefully you’ve got their engagement when you do that so they’re helping serve the customer better and also make things more efficient.”

A Beatrice man was arrested Sunday after police responded to a disturbance at an apartment complex.

After serving First Mennonite Church for nine years, Pastor Brett Klingenberg and his family are moving to a farm in Kansas. His final sermon …

Dennis Schuster poses in the shop at Beatrice Mechanical. Schuster started the business in 1982.

Beatrice Mechanical specializes in heating, ventilating and air conditioning services on commercial and industrial properties, in addition to residential work. The company is located in the Gage County Industrial Park.

Beatrice Mechanical employs 12 workers from the industrial park location. Many of the company’s projects in recent years have been in the Gage County area.