Read through the obituaries published in The Beatrice Daily Sun 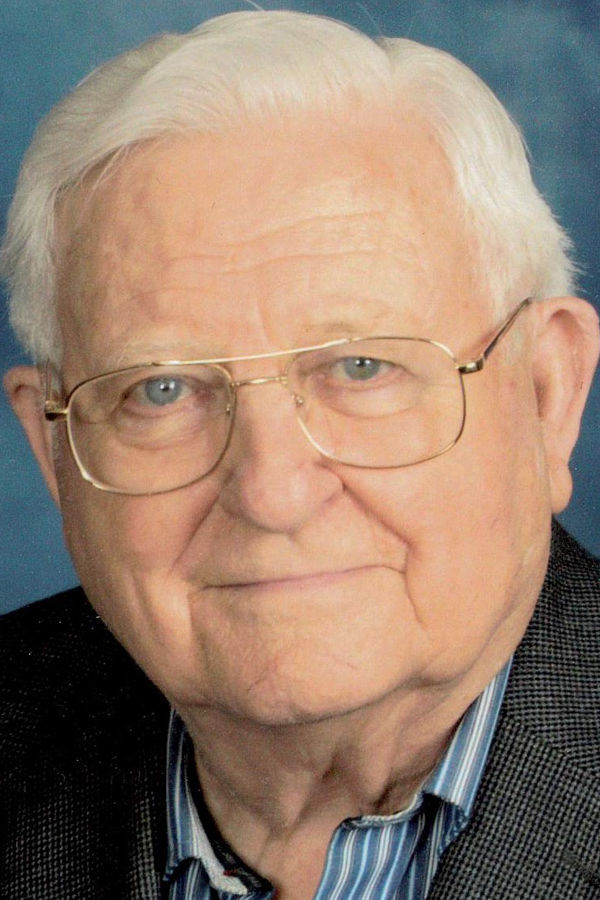 Loren D. Beran, 90, of Beatrice passed away at Beatrice Health and Rehabilitation on Saturday, November 30, 2019. He was born September 30, 1929 at Odell to Alfred E. & Elsie L. (Pribyl) Beran. He graduated from Odell High School in 1947 and attended the University of Nebraska, Lincoln for 2 years. Loren served in the United States Air Force from 1950-53 where he was stationed in Germany. After the service, he farmed in Canada with his aunt and uncle for three years and then returned home to farm with his father for a couple of years. He then moved to Lincoln and worked for a brokerage firm for 3 years before moving back to Beatrice to become the Assistant Manager of Farmers Union Co-op Supply Company. Loren worked his way up to manager and retired on his birthday in 1991 after 30 years of service. After retiring from the co-op, he continued as the manager/owner of Spud's Body Shop and Welding Supply until 1998. Loren married Marcella Grabher on June 30, 1963 in Beatrice and became an instant father to Marcella's children, Fred and Peggy. Marcella passed away on February 6, 2007. He married Teda Jurgens on June 13, 2009 in Beatrice. He was a member of Holy Cross Lutheran Church, Bitting-Norman Post #27 of the American Legion and Geddes-Thober Post #1077 of the Veterans of Foreign Wars, F.O.E. Aerie #531 all of Beatrice. After retirement he enjoyed woodworking and showing his wares at craft fairs. His other passions included traveling the world and farming. 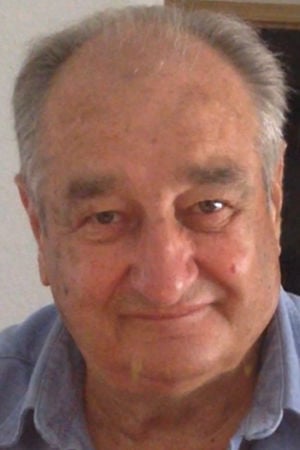 Allen D. Apfel, 80 years of age, of Cortland passed away Friday, November 29, 2019 at his home. He was born on July 4, 1939 in Meadow Grove to Leonard and Marguerite (Boschult) Apfel. Allen honorably served his country in the United States Army. He attended the University of Nebraska at Lincoln for Architecture. Allen was a lifelong farmer and had a passion for his cattle and being a herdsman. He was a member of Lincoln Berean Church where he served as an usher and enjoyed restoring antique tractors, farming, traveling to Colorado and especially time with his grandchildren.

A Celebration of Life will be held at 11:00 A.M. Friday, December 6, 2019 at Lincoln Berean Church in Lincoln with Pastor Josh Luse officiating. Private inurnment will be in the Hillcrest Memorial Park Cemetery in Norfolk. There will be no viewing or visitation. Memorials are suggested to the American Cancer Society in care of the mortuary. Condolences may be left online at www.harmanwrightmortuary.com. Harman-Wright Mortuary & Crematory in Beatrice in charge of arrangements. 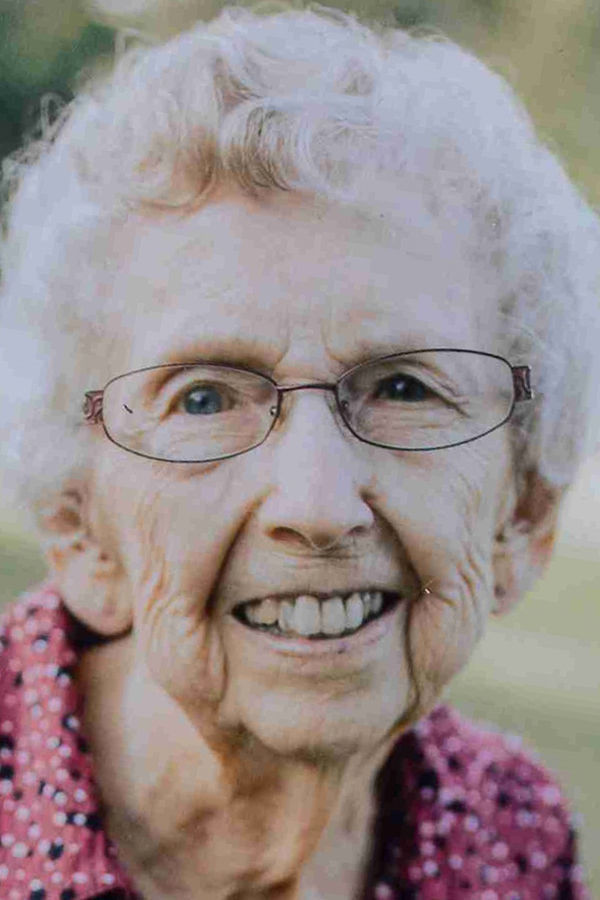 Vera Marie Weber, 95, of Beatrice, wife of Waddell Weber for 69 years, died Sunday morning, December 1, 2019, at Bryan East Lincoln. She was born August 19,1924 at Daykin and was baptized and confirmed at Zion Lutheran, Tobias. Vera and Waddell lived and farmed in the Beatrice and Plymouth area until moving to Beatrice in 1978. Vera worked at several Beatrice retail stores including Ace Hardware. She was active in the Cub Creek 4H Club, First Trinity Ladies Aide, and taught Sunday School at the church as well. She transferred membership from First Trinity to St. Paul's, Beatrice in 1978. Vera was a life-long quilter making hundreds of quilts for Lutheran World Relief. She enjoyed volunteering for the blood bank and helped at the voting poll. Vera welcomed any chance to spend time with her family.

Funeral services will be held at 10:30 A.M. on Thursday, December 5, 2019 at St. Paul's Lutheran Church of Beatrice with Pastor Timothy Brisbois officiating. A family prayer service will be held 10:15 A.M. at the church on Thursday. Burial will be in the Evergreen Home Cemetery of Beatrice. The body will lie in state at the Fox Funeral Home of Beatrice from 8:00 A.M. to 8:00 P.M. Wednesday and at the church one hour preceding the services on Thursday. A memorial has been established to the family for future designation. www.foxfuneralhome.net Fox Funeral Home of Beatrice in charge of arrangements.

Memorial services will be held at 10:30 A.M. on Monday, December 2, 2019 at the Wymore Church of Christ with Clayton Lundstedt officiating. Interment of ashes will be at the Odell Czech Cemetery. There will be no viewing as cremation has taken place, but a register book will be available at the Laughlin-Hoevet Funeral Home in Wymore on Sunday, December 1st from 12:00 P.M. to 8:00 P.M. with the family greeting relatives and friends from 6:00 P.M. to 7:30 P.M. A memorial has been established to the Wymore Church of Christ with the funeral home in charge. Sign Marcia's online register book and view her video tribute at www.ghchapel.com. 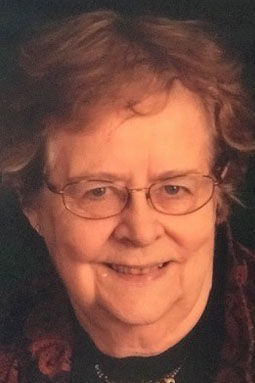 Marcia Husa, age 79, of Wymore, passed away peacefully at her daughter's home in Columbia, MO on November 23, following a brave year-long fight with cancer. Marcia was born in Wymore to Burton and Luella (McCullough) Beal. She was the second of five children. She learned to play piano at a young age. Her mother called it “Marcia's Tattler”, because her playing reflected her inner moods. She attended school at Blue Springs, and her senior year at Beatrice High School. She later earned a CSM certification. She married Marlin Husa on December 21, 1958. They first lived on a rented farmstead, then built a home on the family farm west of Liberty, where they raised their four children, Julie, Larry, Joseph and Lisa. They loved to travel as a family, going many places including Canada, California, Florida, Texas, Colorado, Missouri and many more. When at home, they often hosted large gatherings of family and friends, always with a warm welcome and plenty to eat. Family evenings, after long days in the garden, orchard and fields, were often spent in front of the fire or with Marcia and Marlin playing music. After Marlin's death in 1990, Marcia remained on the farm for a while, then lived in various nearby towns before settling in Wymore until her final illness.

Marcia had a strong Christian faith and loved serving in the church. She was an active member of the Wymore Church of Christ and before that the Liberty Christian Church. She enjoyed her bible study groups, teaching bible school, playing piano and organ and many church fundraisers and activities. She served in many community groups over the years, including as a 4-H leader, scout leader, and foster grandparent, hosted many foreign exchange students and was a member of the Prairie Queen Ladies Club. She was the kind of woman who treated every child as her own and served as the second mom for so many. Marcia had many hobbies. She was an avid and talented pianist. She also enjoyed reading, sewing, cooking, puzzles, travel and playing games. Mostly, she found joy in time spent with family, friends and her trusty dog Goliath.

Memorial services will be held at 10:30 A.M. on Monday, December 2, 2019 at the Wymore Church of Christ with Clayton Lundstedt officiating. Interment of ashes will be at the Odell Czech Cemetery. There will be no viewing as cremation has taken place, but a register book will be available at the Laughlin-Hoevet Funeral Home in Wymore on Sunday, December 1st from 12:00 P.M. to 8:00 P.M. with the family greeting relatives and friends from 6:00 P.M. to 7:30 P.M. A memorial has been established to the Wymore Church of Christ with the funeral home in charge. Sign Marcia's online register book and view her video tribute at www.ghchapel.com. These services have been entrusted to the Laughlin-Hoevet Funeral Home in Wymore.

Get important breaking news and local news alerts in your inbox