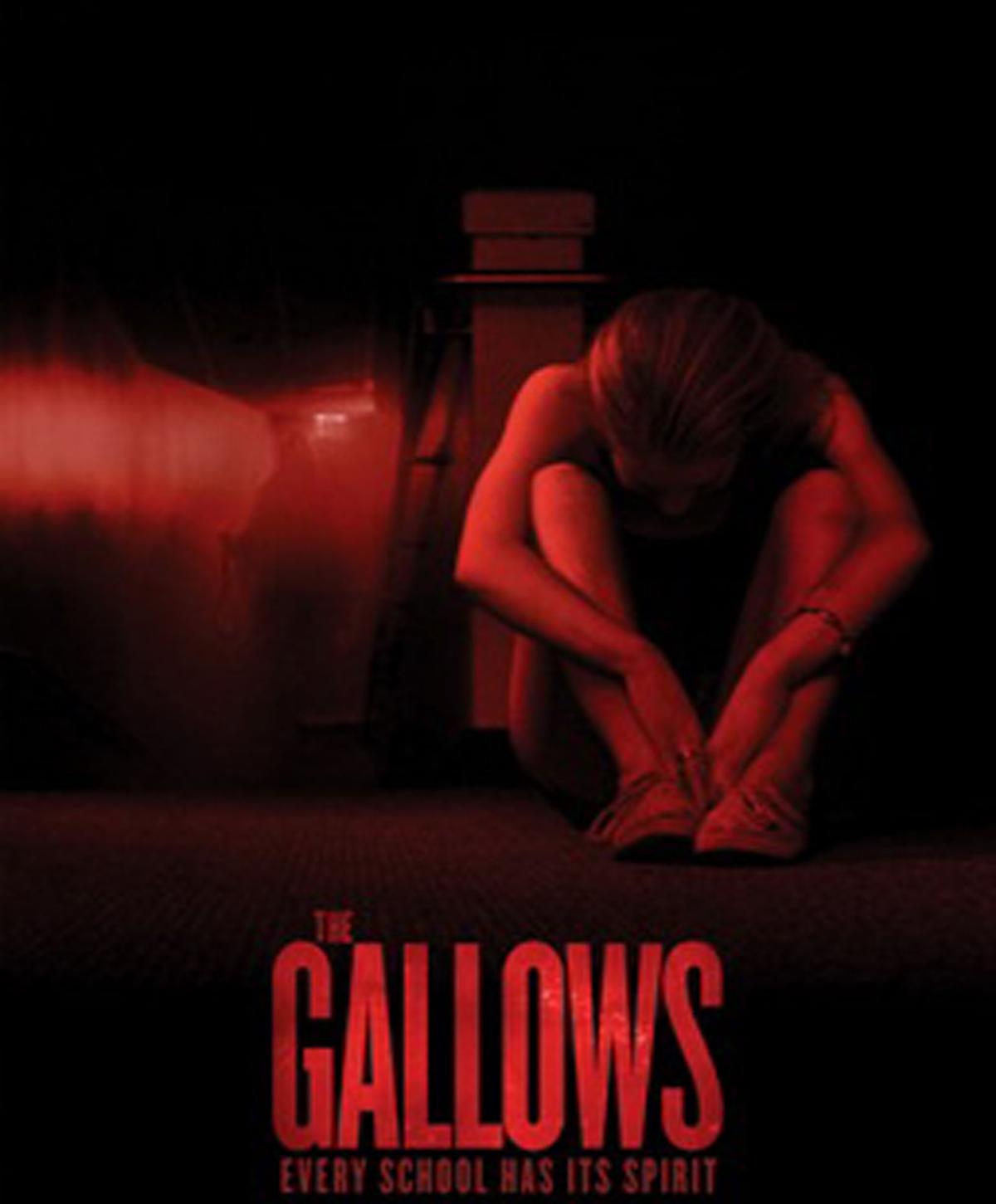 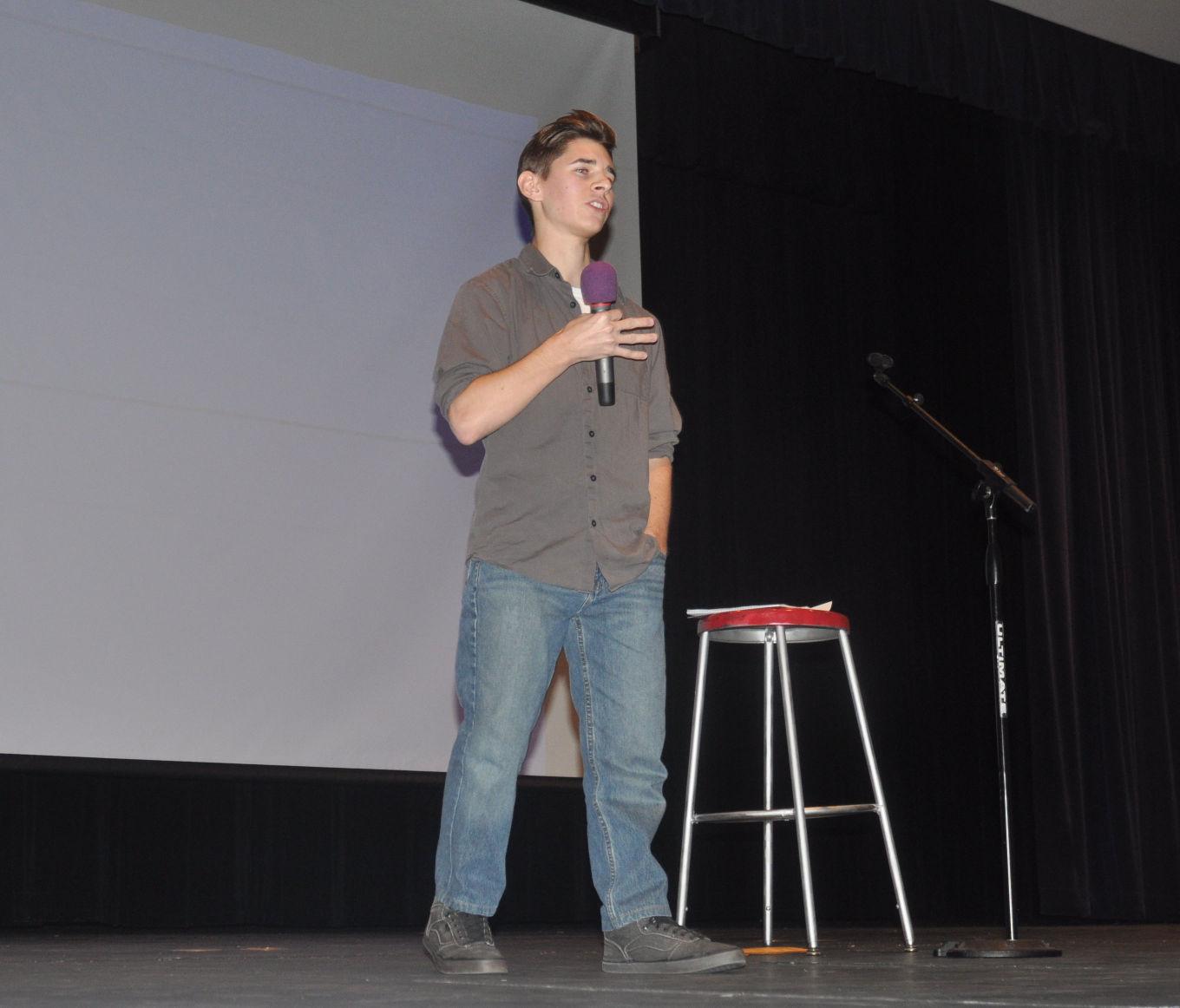 From the depths of two California movie makers’ “sick and twisted minds,” a fictional version of the city of Beatrice is about to hit the big screen, worldwide.

Beatrice is the setting for the upcoming horror film, “The Gallows,” which opens Friday, July 10.

Shot in a home video style resembling the “Paranormal Activity” series, the film’s Beatrice setting is no coincidence.

“It’s all pretty overwhelming,” Lofing said of his first major film. “It’s like I don’t know if I’ve found the right words yet, so we use the same ones over and over.”

The film opens with home video footage of a high school play from 1993 -- bearing the same name as the movie -- during which a tragic accident leads to the real hanging of student Charlie Grimille.

A new performance is held 20 years later, though the play isn’t the only thing resurrected.

On the eve of the play’s revival, four students find themselves locked in the school auditorium, haunted by the former student’s ghost.

Lofing and business partner Travis Cluff will travel to Beatrice for a special red-carpet showing of "The Gallows," rated R for “some disturbing violent content and terror,” at the Holly Theatre July 24.

The two-week delay was prompted by scheduling conflicts with the writers. The film will open in Beatrice on July 10, thanks to Lofing.

“Chris called Warner Bros. and got in touch with the guy who handles this stuff to make sure Beatrice wasn’t left behind on opening week,” Cluff said. “Chris called the guy and said, ‘No, I want my hometown to get this opening night.’”

"The Gallows" won’t be Lofing's first film to light up the screen of the Holly Theatre. Another feature he wrote while still a BHS student was shown years earlier.

“In high school I wrote and directed a few movies with my family and friends, practicing with my little Handycam,” Lofing said. “One of those films my senior year of high school was shown in the theater. I hauled this big projector to the theater because they still used film and I couldn’t show anything on that.”

After graduating from BHS, Lofing set off for the west coast and attended the New York Film Academy in Los Angeles for one year. It wasn’t long before he concluded that making his own films was more desirable.

Lofing opted to move to his current home in Fresno largely because it’s easy to find locations to shoot scenes there.

He met Travis Cluff when he went to Fresno, then just 19, to shoot his school thesis and Cluff joined the production as a stunt performer.

When Cluff later attended the film’s premiere in Los Angeles, he was impressed with the picture and approached Lofing about working together again. The pair decided to form their own company, and in 2011 Tremendum Pictures was born.

The two made a short trailer for what would someday become "The Gallows" and put the video on the Internet.

“We had sort of an outline for the film and decided to shoot an experimental trailer to gain investors in Fresno, and they invested in our idea and what we hoped to achieve,” Lofing recalled. “We shot this film, had it done by 2012 and cut a new trailer from that footage. That’s the one we put on YouTube and got buzz from.”

The trailer caught the attention of Management 360, which signed on to represent Lofing and Cluff.

The firm suggested they get in touch with Jason Blum, the producer of films like "Insidious" and the "Paranormal Activity" series.

Over the next couple years Lofing and Cluff re-shot and tweaked the film, eventually premiering the movie for film companies.

After seeing the premiere, New Line Cinema purchased distribution rights to "The Gallows." The film will be distributed worldwide by Warner Bros. Pictures.

In the early days of filming, Lofing shot scenes for the movie in Beatrice and used real Beatrice Police officers in the film, though those portions didn’t make the final version.

“It’s a good, wholesome town ... what bad could ever go on in such a nice place?” Cluff added. “It was cool to have Chris have that homage to his home town.”

The pair isn't sure what their next project will be, but said depending on how "The Gallows" does, “Charlie” could possibly return to BHS in an upcoming sequel.

‘They get to scare the world’

Recalling memories of their first born, Monte and Donna Lofing agree on one key point:

His movie will hit the big screen in July, but on Wednesday, Chris Lofing stood in front of the small screen as he paid a visit to his alma mater.

From Beatrice to the big screen

For some, the term “superstition” holds a negative connotation. For Chris Lofing, it couldn’t be more positive.