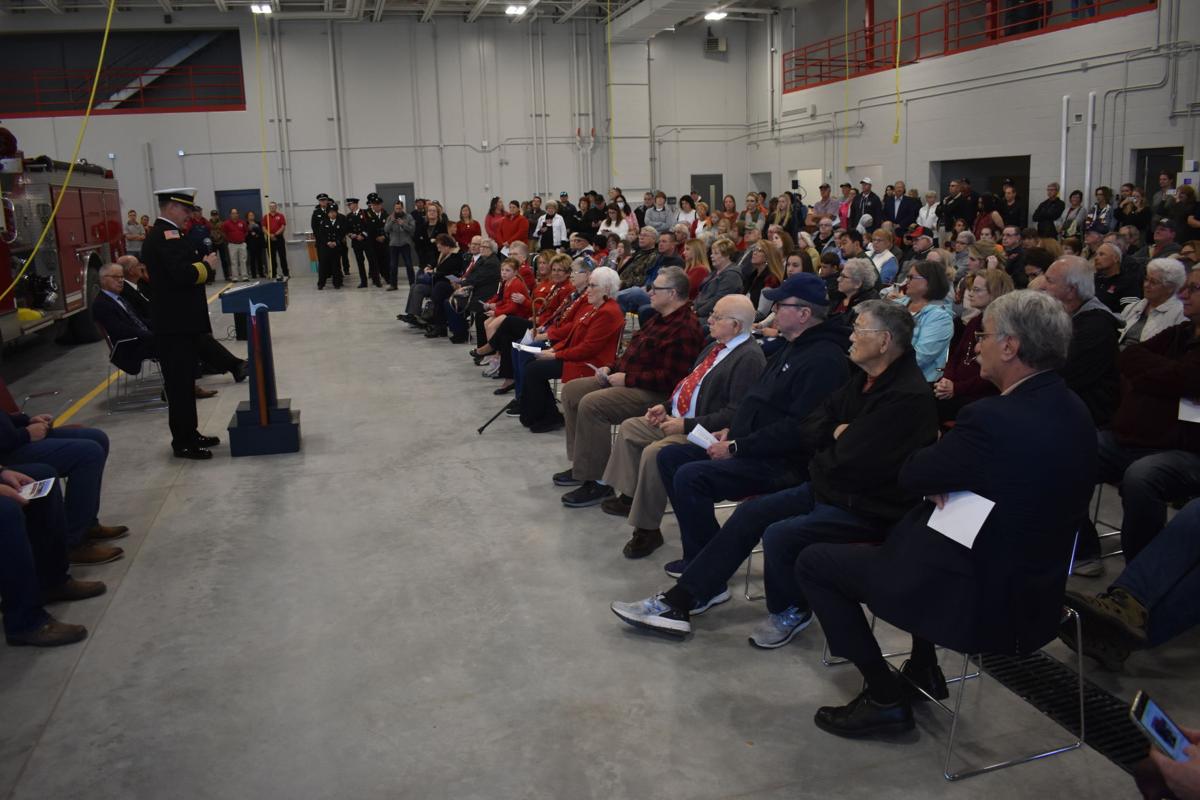 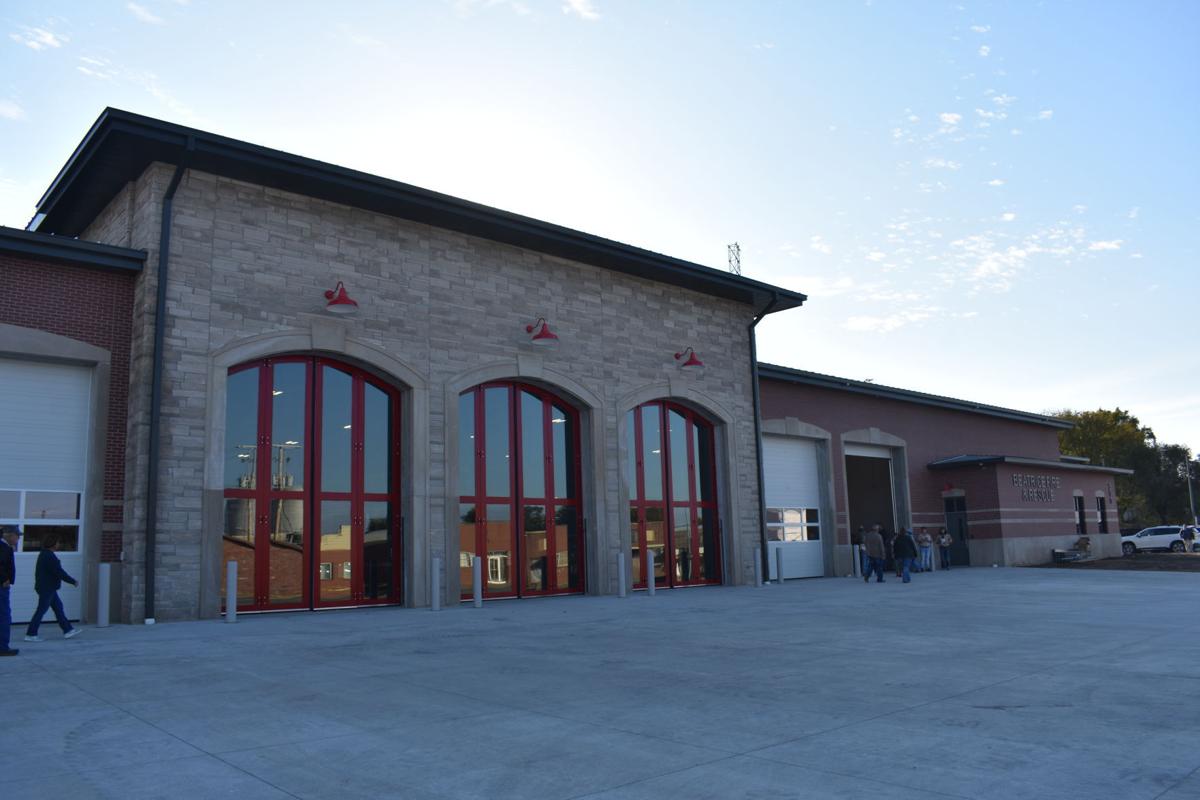 A new fire station is expected to be put into service next month. The public was invited to an open house event Saturday to tour the station. 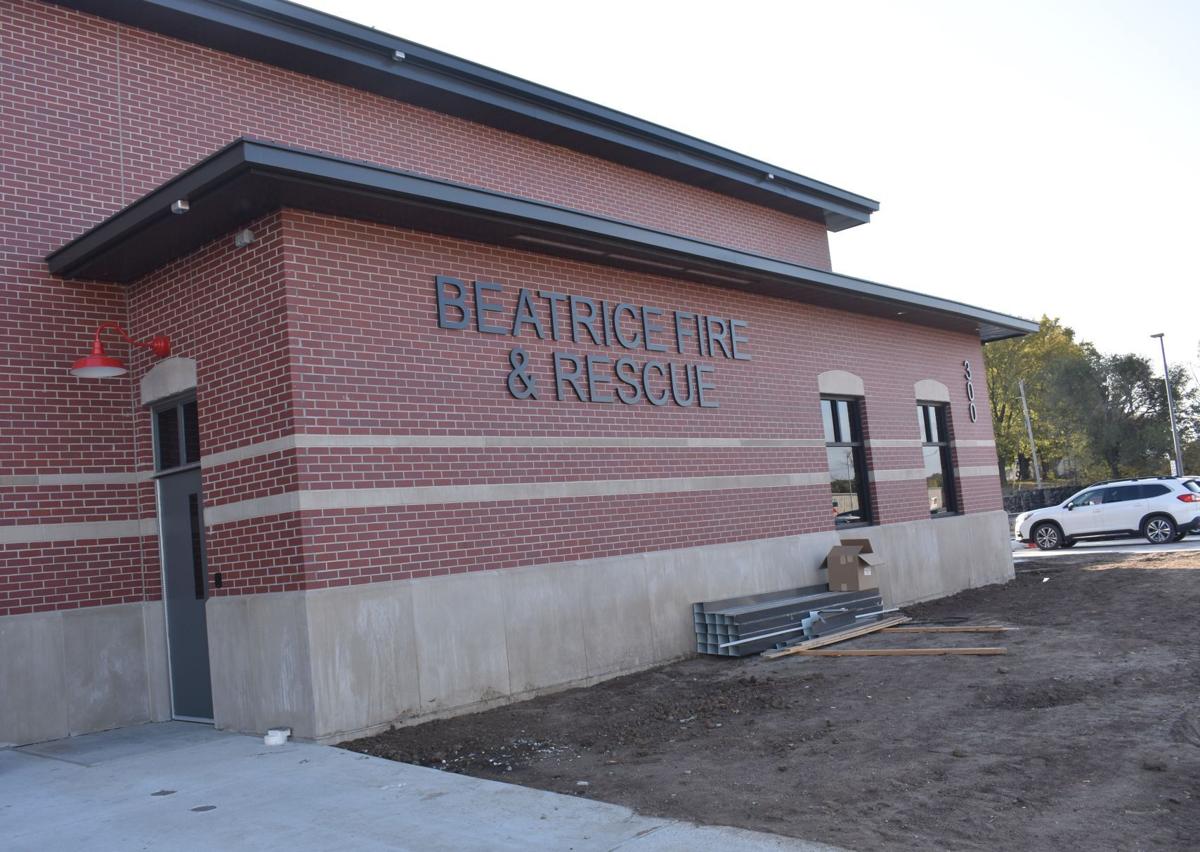 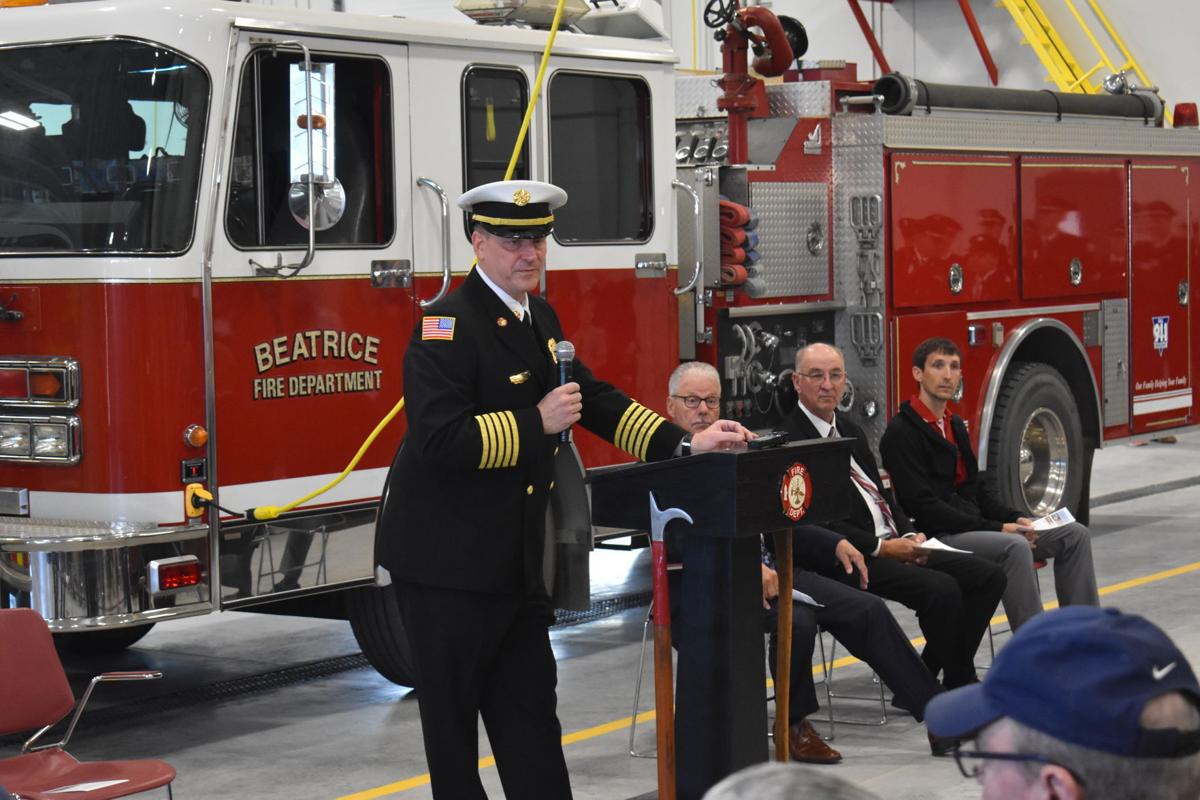 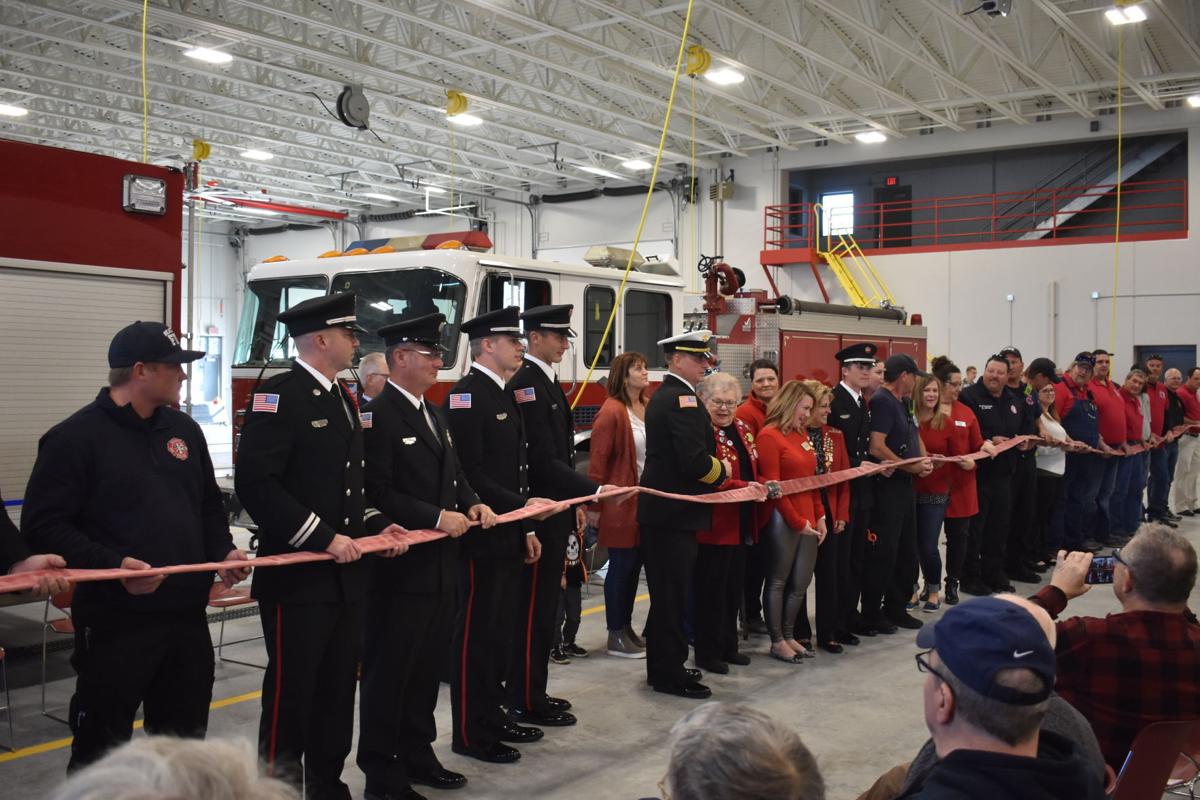 Instead of a traditional ribbon cutting, firefighters disconnect two pieces of hose to celebrate the new fire station on South Sixth Street. 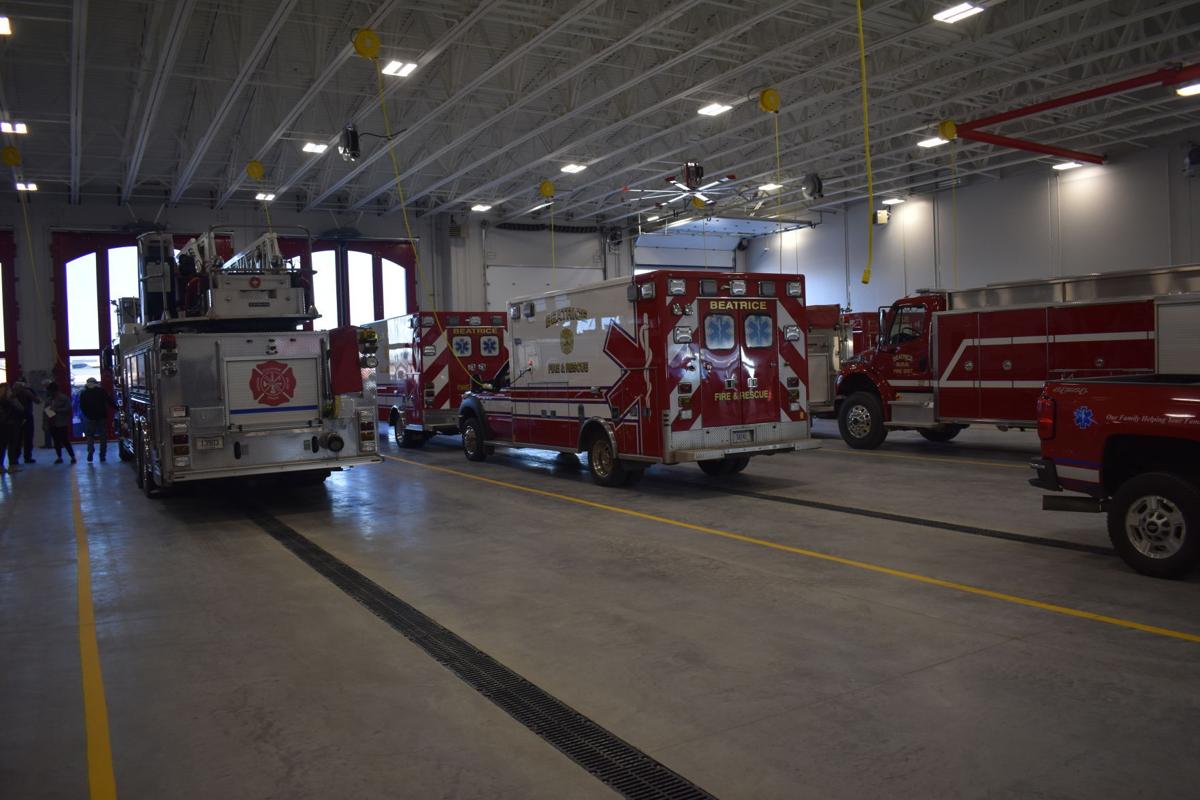 Firefighters are preparing to move into a new station in Beatrice, and gave the public a glimpse inside the new building Saturday.

An open house event was held at Beatrice Fire and Rescue’s new station on South Sixth Street, which is nearly complete.

Around 200 people attended the ceremony in the apparatus bay, which is around 10,000 square feet larger than the one in the current station at the Beatrice City Auditorium.

“Over there we have 6,000 square feet in the apparatus bay, so we really have trucks inches apart from each other,” Fire and Rescue Chief Brian Daake said. “I have to walk sideways to get between some of the trucks. With 16,000 square feet, between ourselves and Beatrice Rural Fire Department we should be able to safely have vehicles in here and not have to move five or six vehicles to get one out of the back.”

In 2018 voters approved an additional half-cent sales tax to fund the station, which was bid to cost $8.3 million. The sales tax will be removed once the station is paid off in around 10 years.

City Administrator Tobias Tempelmeyer said the project is coming in on budget, and added that sales taxes revenue has been higher than expected, which could possibly lead to the tax being removed early.

Daake began his speech Saturday by thanking the citizens of Beatrice for approving the tax that made the new station possible.

“We are humbled and honored by the support that we received from the citizens of Beatrice and thank you for passing the sales tax initiative to get us out of the basement of the historical city auditorium, which we’ve been in since 1965.”

Mayor Stan Worth added the station, which is highly visible on Sixth Street, makes a statement about the community.

“This is something that is a landmark in our community and is going to serve as a symbol for many, many years to come as the public safety standard in Beatrice,” he said. “It’s also an economic development symbol for the community of Beatrice because with the facility that we have today, people that are coming in from out of town and are looking for a place to land for their industry or business sees that there is a priority in our community for public safety.”

Self-guided tours followed the ceremony, and showcased the dormitory, kitchen and office areas.

Each firefighter will have his or her own room in the station, compared to the communal-style currently in use. The station also has ample room for training. Some training sessions with other departments currently need to be held elsewhere to allow enough space.

The process has taken almost exactly 20 years since a study regarding the fire station was started in 2001. That study took five years to complete, and plans were halted in 2008 due to the financial crisis.

Officials began to reexamine the possibility of building a new station again in 2014, and broke ground on the new station on South Sixth Street last spring.

Daake estimated that sometime next month the station will be put into service.

A new fire station is expected to be put into service next month. The public was invited to an open house event Saturday to tour the station.

Instead of a traditional ribbon cutting, firefighters disconnect two pieces of hose to celebrate the new fire station on South Sixth Street.