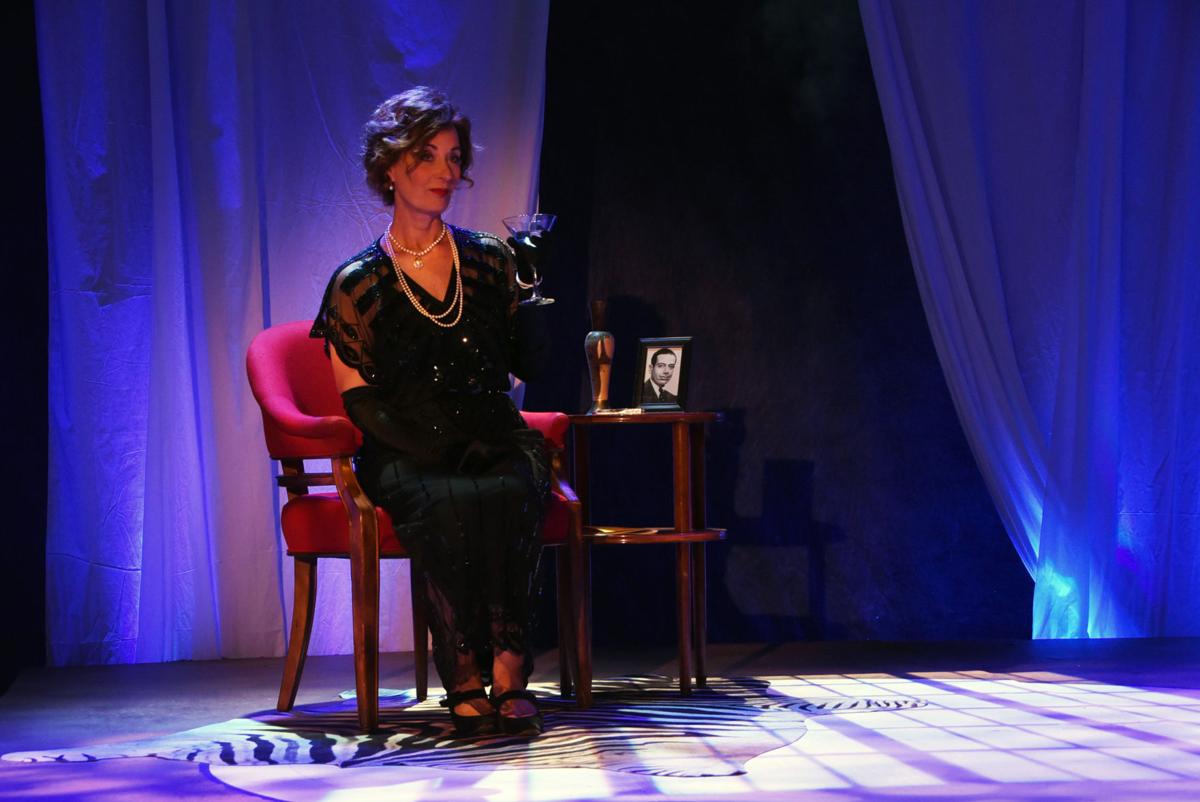 Linda Porter, played by Jean Spilker, greets her guests, the audience, at the top of Community Players' latest show “Love, Linda (The Life of Mrs. Cole Porter)." The show follows the titular Linda Lee Porter as she recounts stories, anecdotes, and gossip surrounding her unconventional 35-year marriage to the "Anything Goes," "High Society" and "Kiss Me, Kate" composer. 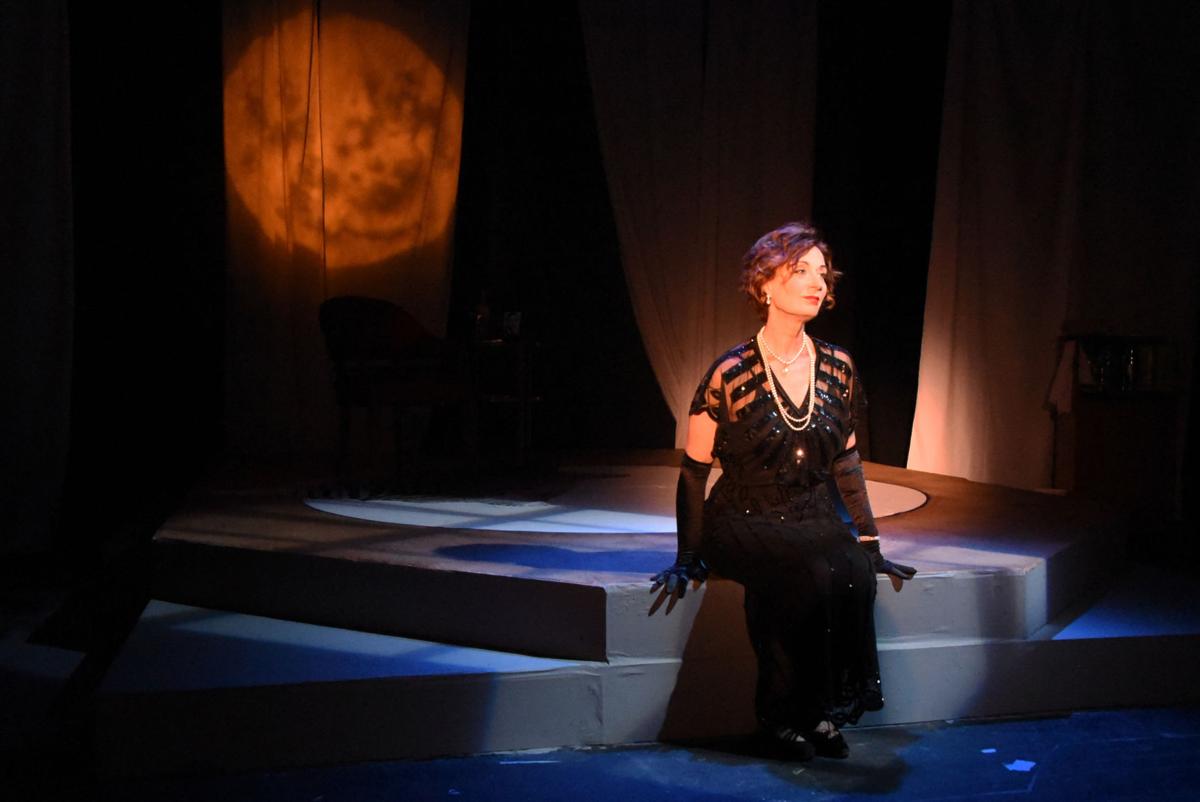 Jean Spilker performs one of Cole Porter's well-known songs “In the Still of The Night." Spilker, who plays Porter's wife, Linda, said she was previously familiar with some of Cole Porter’s music, but that she’s enjoyed learning more about his life as well. 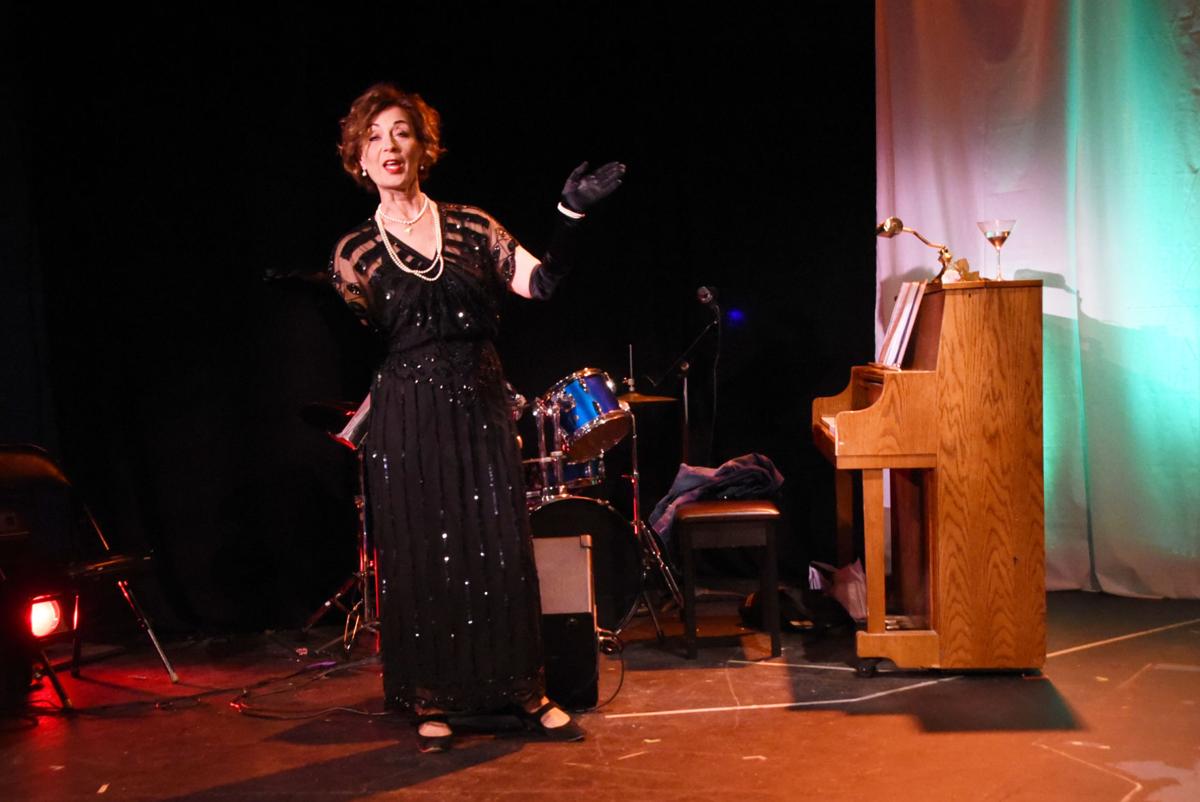 In the first musical they’ve produced since 2019’s “The Hunchback of Notre Dame," Community Players is rounding out a year of atypical performances with a one-woman production of “Love, Linda (The Life of Mrs. Cole Porter)."

The show follows the titular Linda Lee Porter as she recounts stories, anecdotes, and gossip surrounding her unconventional 35-year marriage to the "Anything Goes," "High Society" and "Kiss Me, Kate" composer. The show also uses a collection of classic songs and lesser known gems by Cole Porter to bring new meaning to the couple’s adventures in Europe, New York and Hollywood.

Jean Spilker, who plays Linda, said she was previously familiar with some of Cole Porter’s music, but that she’s enjoyed learning more about his life as well.

“Cole Porter was a gay man, but somehow their relationship was able to flourish under that kind of unusual circumstance,” Spilker said. “Plus, she was an heiress and he was an heir to a family fortune, as well, so they lived a very glamorous life their whole lives together, and still felt all the extra pressures that that might entail. They were able to withstand that. They were together I think like 35 years, and helped each other and kind of inspired each other and nurtured each other. So it was a very loving relationship.”

Jamie Ulmer, Community Players’ managing artistic director, said Cole Porter has a quote that’s not used in the show that described his relationship with his wife.

“He said he had two great women in his life. His mother, who thought he had talent, and then Linda, who encouraged him to actually use his talent,” Ulmer said. “I think that’s a great way that summarizes their relationship.”

“One of her lines out of the show is that they never had the need to define their love, that their love triumphed over all of those other notions of how a relationship should be,” Spilker said. “And that’s an important message, I think, is just not judging what should work for someone else…Just not trying to define somebody else’s situation and compare it to yours.”

Ulmer said this show was a happy accident to discover while searching for something that would fit with COVID-19 safety protocols. He noted that in addition to Jean, her sons Nathan and John Spilker are performing bass and drums in the show’s orchestra, and her daughter, Anna Erikson, is the music director for this show.

Spilker said it’s been fun but challenging to be the only actor on stage, and having to learn all of the songs and dialogue in the show.

“I’ve always loved that part of the process where you can work on your character and develop the dialogue so that your character really shows through the dialogue. And sometimes you just don’t have the time to work on those things, because there’s a lot of other things to do. So that’s been kind of fun for this, that we spend as much time as we need to to develop that…It’s not really a one person show [though], because we’re all collaborating in it together, and the band is on-stage, and the music is such an integral part to it,” Spilker said.

More information about Community Players’ COVID restrictions can be found at beatricecommunityplayers.com/coronavirus-update

“We have been able to do a lot of really great work and creative work, and things that we would have never considered doing before, but we are really looking forward to welcoming the entire community back into our space, not only as audience members, but also as volunteers and performers, feeling safe coming back to full operating capacity hopefully within the next month or two,” Ulmer said.

Ulmer said Community Players’ 2021-2022 season is being called the reboot season, which will start in July with a Stage Door performance of “Frozen Jr.” and a rescheduled three-week performance of “Mama Mia” in September.

“Then, rights pending, a really fun, new two-person show that I found because of COVID research called “Popcorn Falls”, which is a hilarious comedy about two guys trying to save their town from becoming the sewage treatment plant of the neighboring town,” Ulmer said. “And they have to save the town by putting on a play, of course.”

Ulmer said the fall Acting Up show will be written by Community Players’ associate artistic director, Tyler Rinne, and is called “Forest Pass”. He said after that, the shows will be what was originally planned for the 2020-2021 season, which includes “Elf the Musical”, “Clue”, “The Three Musketeers”, “Desperate Measures” and a spring Acting Up performance of “Charlotte’s Web."

“So it’s a great season,” Ulmer said. “Season tickets are on sale now, and if you buy your season ticket before this show closes, as a thank you for the faith that someone is putting in us by early renewing, we are giving a free water bottle to anyone who renews before May 23.”

Ticket prices are $18 for adults and $12 for students. Tickets can be purchased at the box office, located at 412 Ella St. in Beatrice, on weekdays from 12-5 p.m. and two hours prior to performances. Reservations can also be made by calling (402) 228-1801 or online at www.beatricecommunityplayers.com.

Homestead reflects on C.T. Frerichs' tractor project in light of his passing

In light of the passing of a dedicated benefactor to numerous causes in Beatrice and Gage County, individuals are reflecting on one man’s effo…

BEATRICE -- When the Beatrice Daily Sun asked in March for readers to nominate their favorite nurses, Dennis Lyons immediately thought of Jill Allen.

The NGage economic development group got an inside look of the newest building on Southeast Community College’s Beatrice campus Thursday.

A group of volunteers are out to raise the most money for a local health organization, with a Stetson hat on the line.

As the weather gets warmer, more construction projects are starting around town, according to Board of Public Works General Manager Tobias Tem…

Group that led COVID-19 efforts in Gage County to disband

When the COVID-19 pandemic struck last year, a group of officials was created in southeast Nebraska to organize communication and prevention e…

Next Gage County judge prepares to take the bench

The next judge in Gage County is ready to take the bench.

Vape store to open in Beatrice this weekend

On Saturday, an e-cigarette and vape chain with stores across Nebraska and Iowa is planning to open its 10th location at 1803 N. Sixth St. in …

If Beatrice residents have their eye to the sky Saturday morning, they may see some young pilots taking flights.

In recognition of May being better hearing and speech month, on Monday, a local organization donated to two entities to help benefit the heari…

A local summer staple opened for the season last week, with a new location, new vendors and new products.

The City of Beatrice’s code regarding exotic animals was discussed during Monday night’s City Council meeting, as a local pet store owner is r…

In the first time in over a year, the Beatrice Regional Orchestra had an in-person concert at the Hevelone Center for Performing Arts on Tuesday.

The warm, sunny weather on Wednesday was the opportune time for the City of Beatrice to open the Sertoma Splash Pad at Sertoma Astro Park for …

In honor of Memorial Day this weekend, local veterans organizations are helping provide two opportunities for the community to remember everyo…

Linda Porter, played by Jean Spilker, greets her guests, the audience, at the top of Community Players' latest show “Love, Linda (The Life of Mrs. Cole Porter)." The show follows the titular Linda Lee Porter as she recounts stories, anecdotes, and gossip surrounding her unconventional 35-year marriage to the "Anything Goes," "High Society" and "Kiss Me, Kate" composer.

Jean Spilker performs one of Cole Porter's well-known songs “In the Still of The Night." Spilker, who plays Porter's wife, Linda, said she was previously familiar with some of Cole Porter’s music, but that she’s enjoyed learning more about his life as well.