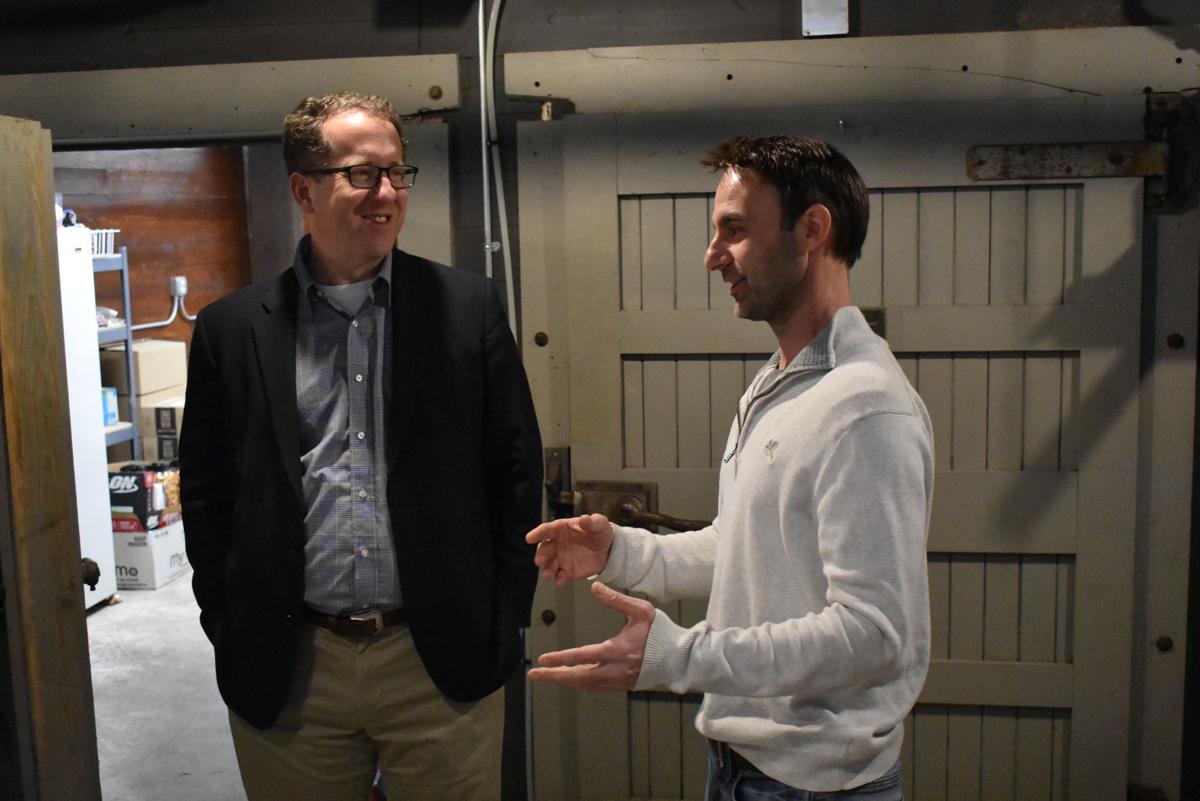 Congressman Adrian Smith, left, visits with Bryon Belding, right, at Stone Hollow Brewing during a tour of the brewery Thursday morning. Smith was given a tour of the Mercantile building during his trip to Beatrice. 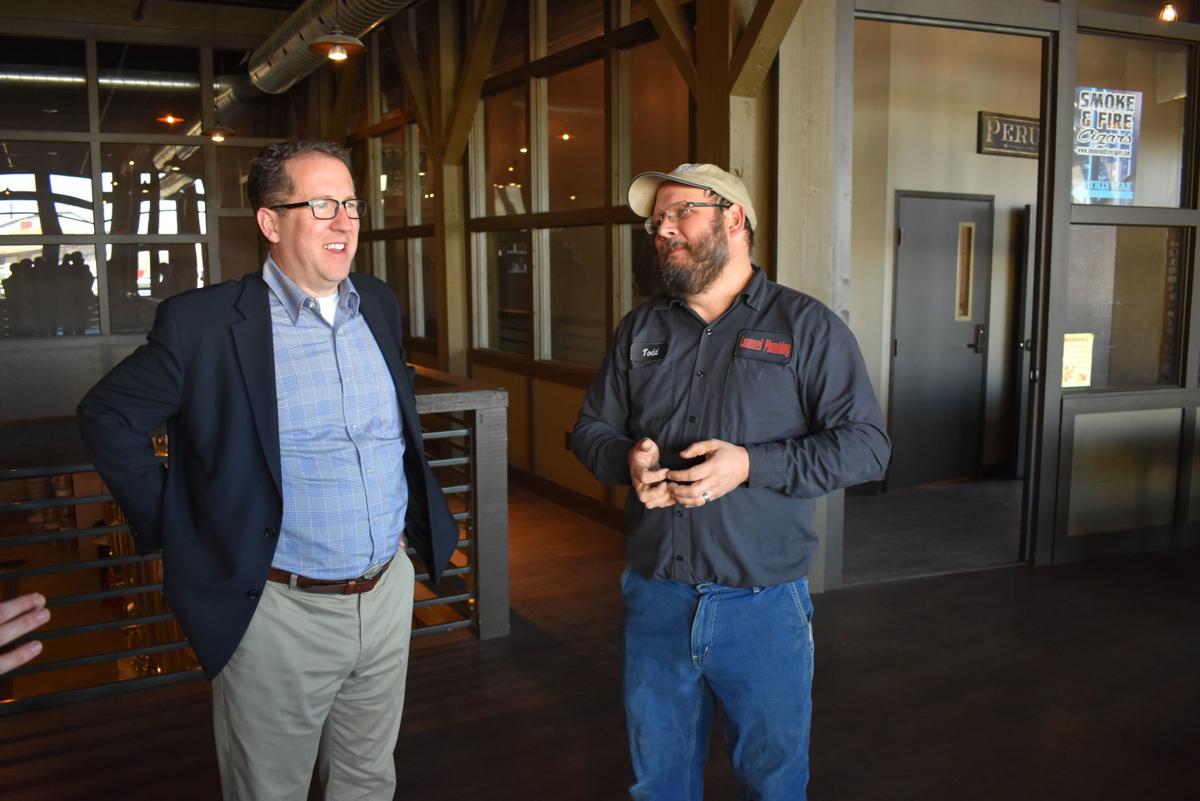 Congressman Adrain Smith, left, visits with Todd Hydo, who co-owns Stone Hollow Brewing and the Beatrice Mercantile Building. The building is home to a handful of businesses since being overhauled.

A downtown Beatrice building that seemed destined for demolition before undergoing an extensive renovation has caught the eye of elected officials.

Congressman Adrian Smith toured Beatrice’s Mercantile Building at 310 Court St. on Thursday morning as part of a trip through the area.

And while Smith didn’t have a beer during his tour of the building, which is anchored by Stone Hollow Brewing, he did get an inside look at one of the biggest success stories from the area when it comes to putting an old building to use.

“It’s great to see this historic preservation and it’s also convergent to a newly rejuvenated space that generates some economic growth,” he said. “It’s great for the community and everyone involved.

“Coming through town from time to time I’ve seen it worked on. I’ll admit I didn’t quite expect to see this and certainly it’s so useful for the community as a whole. I’m sure it will add a great opportunity for others in the community.”

Smith added extensive, and expensive, renovations like that of the Mercantile Building highlight while property tax relief is something lawmakers need to focus on.

“It takes a bit of work and investment to do this,” he said. “I know that property taxes are an issue. I’ve experienced that personally out in western Nebraska and I know the legislature is trying to remedy that as well. We don’t want taxes to stand in the way of investment. We don’t want taxes to discourage investment and so I’m glad that local individuals have stepped up to this point to do a project like this.”

In June, the Beatrice City Council approved making the building an entertainment district, which gives customers the option of taking their alcoholic drinks to other areas inside the building that are outside of the brewery

Michael Sothan, director of Main Street Beatrice, said Smith’s interest in touring the building is a testament to the degree of work that went into renovating the historic property.

“He wants to see some of the big projects that have been taking place in our community and this is certainly one of those with a major rehabilitation of a building people thought was not going to be here much longer,” Sothan said. “It was a beautiful rehabilitation of that building and a great addition when it comes to community amenities, but also four other businesses in addition to the brewery that are now in this location with plans on expansion yet this year to add space for additional businesses.

“There’s just a lot of growth here that the congressman wants to come and see to recognize. It’s often times small businesses and these types of projects that are making an impact throughout communities like Beatrice.”

Congressman Adrian Smith, left, visits with Bryon Belding, right, at Stone Hollow Brewing during a tour of the brewery Thursday morning. Smith was given a tour of the Mercantile building during his trip to Beatrice.

Congressman Adrain Smith, left, visits with Todd Hydo, who co-owns Stone Hollow Brewing and the Beatrice Mercantile Building. The building is home to a handful of businesses since being overhauled.