Two men were arrested Thursday after reports of a gun being fired in Fairbury.

At around 11:30 a.m., Jefferson County Communications received a report of gunshots being fired in the area of 1015 Fourth St. at a residence.

The reporting party stated that a man identified as Trace Peters had shown up at his residence and fired a pistol and then ran off towards the south, according to a press release from the Jefferson County Sheriff’s Office.

Upon arrival at the scene, deputies established a perimeter of the area and Peters was discovered hiding in a garage in the area of the residence.

He was taken into custody without incident and a firearm was recovered hidden in the garage, as well as methamphetamine and drug paraphernalia that was found on Peters.

Upon further investigation at the scene, another suspect identified as Jason Blake was arrested for obstruction of a police officer and resisting arrest.

Both suspects are currently being housed at the Jefferson County Jail.

Fairbury Public Schools was notified of the incident and they went into lockout.

Attorneys for a former Husker football player who, along with his ex-roommate, is accused of raping a woman in a northwest Lincoln apartment last August asked a judge to delay his arraignment, originally set for Wednesday.

Joe Nigro said he’d like to see the jail population reduced from nearly 600 to 100 or 200 people.

Since the state law went into effect in 2016, there have been at least 114 grand juries convened in Nebraska's 93 counties. A Journal Star investigation found 24 counties readily provided the reports, while some refused to turn over any information at all.

A prison spokeswoman said John Funaro's caused of death hasn't yet been determined but is believed to have been natural causes. 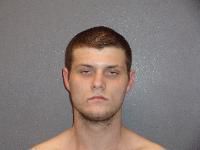