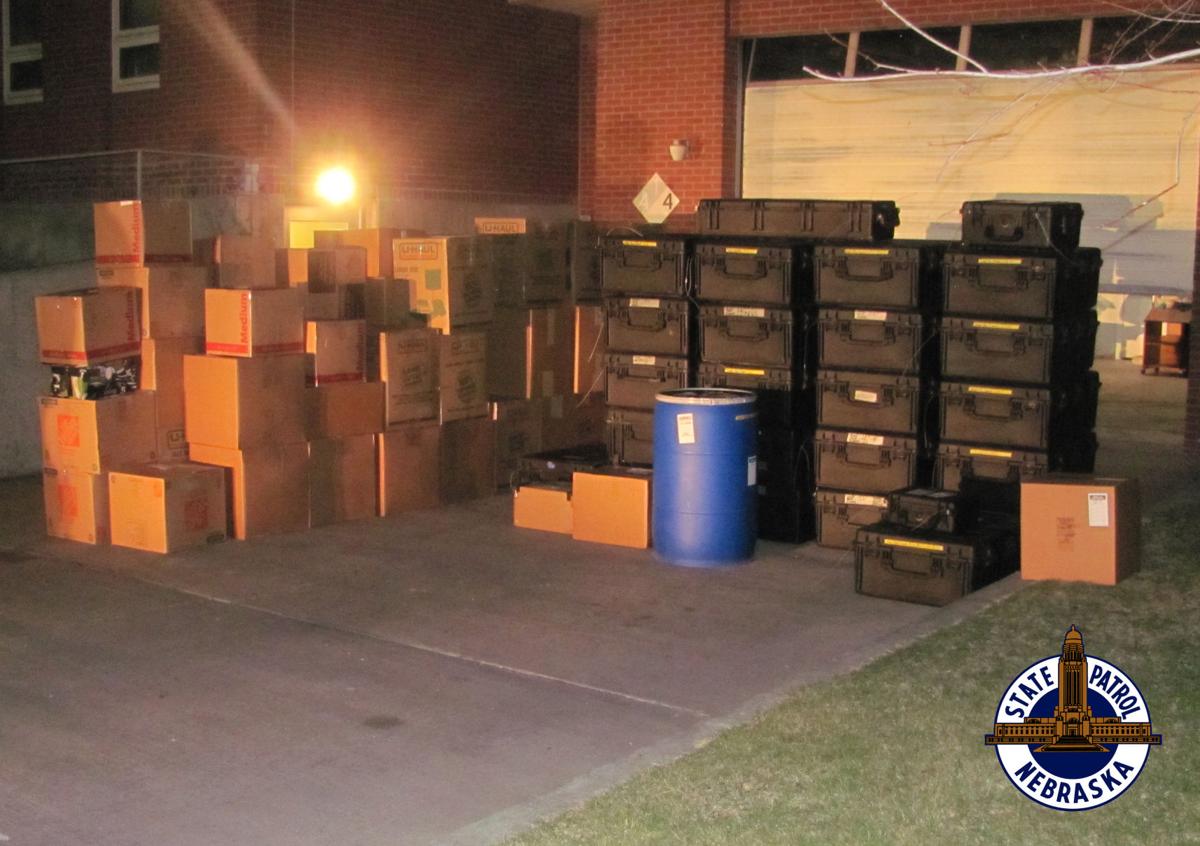 Nebraska State Patrol troopers seized more than 1,800 pounds of marijuana that was being transported in a van on U.S. 81 near Geneva in April 2018. 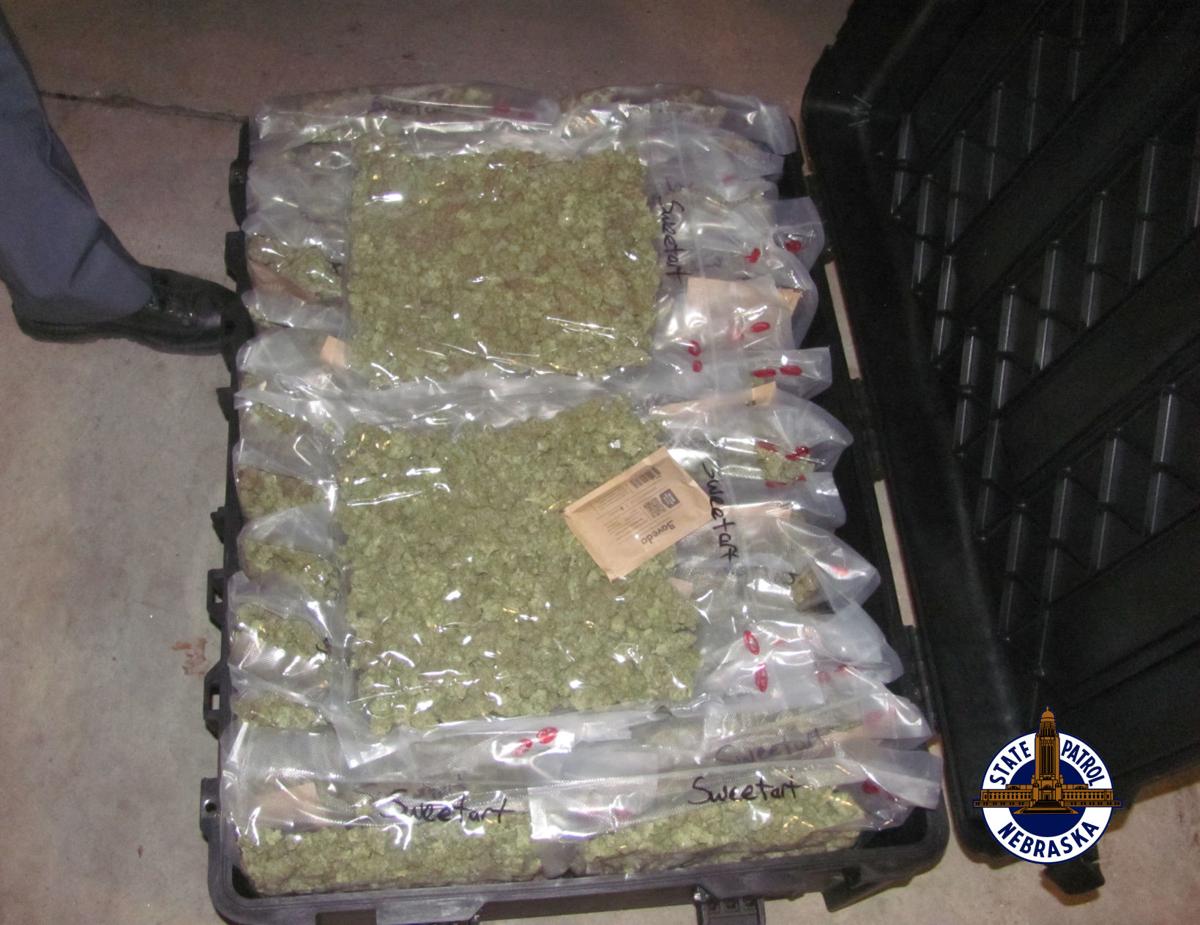 Nebraska State Patrol troopers seized more than 1,800 pounds of marijuana during a traffic stop near Geneva in April 2018.

A 40-year-old Arvada, Colorado, man caught trafficking 1,800 pounds of marijuana through Nebraska last year has been sentenced to three years in federal prison.

In U.S. District Court in Denver, Michael Cardis pleaded guilty to conspiring to distribute more than 100 kilograms of marijuana.

The case had been transferred from Nebraska.

Prosecutors said troopers in Fillmore County stopped him April 18, 2018, after he exited I-80 immediately after passing a ruse sign about a checkpoint ahead.

A search of the Mercedes-Benz Sprinter van turned up the marijuana, as well as 8,779 doses of hash oil vape pens and 46 pounds of hash wax.

Kilo of cocaine, cash in I-80 stop

250 pounds of marijuana in fake compartment

Two men remained at the Lancaster County jail Thursday, a day after prosecutors charged them in connection with 645 pounds of marijuana found in their rental truck.

Brandon Arrington, 30, of McDonough, Georgia, and Edward Babb of Houston both are facing four felonies: two counts of possession with intent to deliver and two counts of no drug tax stamp.

In an affidavit for their arrests, a Lancaster County Sheriff's deputy said he stopped a GMC Penske rental truck with Virginia plates Tuesday after seeing its passenger side tires cross onto the shoulder of Interstate 80 near the Lincoln Airport exit.

During the traffic stop, the deputy became suspicious the men were involved in criminal activity.

They both denied a request to search the truck, but the deputy deployed his police dog around it after seeing what he believed to be marijuana residue on the floorboard.

The search turned up 645 pounds of marijuana and 4.74 pounds of THC vapor pens in the truck's cargo area inside cardboard boxes wrapped in plastic wrap, according to court records.

On Wednesday, at their first court appearances on the charges, Lancaster County Judge Matt Acton set their bonds at $250,000.

A California woman was arrested Friday morning after Lancaster County sheriff's deputies found more 100 pounds of marijuana in her vehicle during a traffic stop.

At about 9:30 a.m., Pakou J. Yang, 37, of Oroville, was pulled over on Interstate 80 about three miles east of the Pleasant Dale interchange for following another vehicle too closely.

During the stop, a deputy determined the 2018 Nissan that Yang was driving was a one-way rental, which the deputy described in court records as a common sign of drug trafficking. She also became "extremely nervous" while being questioned by the deputy.

Deputies searched the vehicle after a drug-sniffing dog indicated the presence of drugs. They found 109.5 pounds of vacuum-sealed marijuana in the trunk, according to court records.

Yang was arrested and charged with possession of marijuana with intent to deliver and no drug tax stamp. She remained in jail Friday on $50,000 bail.

A 26-year-old Illinois man was hit and killed on Interstate 80 on Thursday afternoon during a traffic stop east of Milford, according to the Seward County Sheriff's Office.

The Nebraska State Patrol has arrested three men allegedly caught in possession of child pornography this week in separate investigations that each started with cyber-tips from the National Center for Missing and Exploited Children.

A Lancaster County jury has found a 22-year-old woman guilty of motor vehicle homicide for a fatal crash with a motorcycle rider last July in southwest Lincoln over defense arguments about the intersection's "oddly configured" design.

Liza Ward said that for a long time she thought that Caril Ann (Fugate) Clair must have been guilty to some degree, until she herself agreed to appear on a crime show and had to extensively research the case.

A trooper observed a recreational vehicle having difficulty maintaining its lane while traveling eastbound in Interstate 80 near Lincoln.

Nebraska business owner sentenced for not turning over taxes withheld

A Bennington man who owned two excavating companies has been sentenced to five years of probation and ordered to pay $279,609 in restitution for failing to pay over withholding taxes.

Keadle’s defense rests after calling pathologist to testify about hypothermia

Seeking to challenge the prosecutor’s theory that Joshua Keadle killed Tyler Thomas and dumped her body in the Missouri River, the defense Tuesday focused on another possibility: hypothermia.

A district judge whose appointment to Aubrey Trail’s sentencing panel drew criticism because she drafted the state’s lethal injection protocols has agreed to recuse herself.

Nebraska State Patrol troopers seized more than 1,800 pounds of marijuana that was being transported in a van on U.S. 81 near Geneva in April 2018.

Nebraska State Patrol troopers seized more than 1,800 pounds of marijuana during a traffic stop near Geneva in April 2018.