Joseph F. Cimino was shot in the chest by BNSF Railway Senior Special Agent Christopher Hall, who was in the drive-thru lane when police say Cimino intentionally crashed his truck into the SouthPointe Pavilions restaurant, Officer Angela Sands said.

Cimino's death will be reviewed by a grand jury as is required by Nebraska law whenever someone dies in an officer-involved shooting.

Investigators say Cimino got out of his truck after the crash, chased customers and employees through the restaurant and was armed with a commercially available stun gun.

He came at Hall, a commissioned law enforcement officer who has had the position with BNSF for eight years.

Hall then shot Cimino. Hall was performing CPR on him when rescue workers got there, but Cimino died at the scene a short time later.

Results from toxicology testing are expected to take another two months.

A 26-year-old Illinois man was hit and killed on Interstate 80 on Thursday afternoon during a traffic stop east of Milford, according to the Seward County Sheriff's Office.

The Nebraska State Patrol has arrested three men allegedly caught in possession of child pornography this week in separate investigations that each started with cyber-tips from the National Center for Missing and Exploited Children.

A Lancaster County jury has found a 22-year-old woman guilty of motor vehicle homicide for a fatal crash with a motorcycle rider last July in southwest Lincoln over defense arguments about the intersection's "oddly configured" design.

Liza Ward said that for a long time she thought that Caril Ann (Fugate) Clair must have been guilty to some degree, until she herself agreed to appear on a crime show and had to extensively research the case.

A trooper observed a recreational vehicle having difficulty maintaining its lane while traveling eastbound in Interstate 80 near Lincoln.

Nebraska business owner sentenced for not turning over taxes withheld

A Bennington man who owned two excavating companies has been sentenced to five years of probation and ordered to pay $279,609 in restitution for failing to pay over withholding taxes.

Keadle’s defense rests after calling pathologist to testify about hypothermia

Seeking to challenge the prosecutor’s theory that Joshua Keadle killed Tyler Thomas and dumped her body in the Missouri River, the defense Tuesday focused on another possibility: hypothermia.

A district judge whose appointment to Aubrey Trail’s sentencing panel drew criticism because she drafted the state’s lethal injection protocols has agreed to recuse herself.

Lincoln police said a BNSF Railway officer in the marked vehicle shown parked in the drive-thru lane shot and killed a man who caused a disturbance inside the Chick-fil-A at SouthPointe Pavilions on Tuesday and later backed his pickup into the lobby of the restaurant. 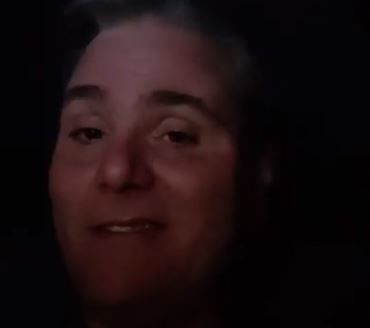 A week before Joseph Cimino stormed into a Chick-fil-A restaurant and died in an officer-involved shooting, the newcomer to Lincoln posted a series of videos to YouTube.