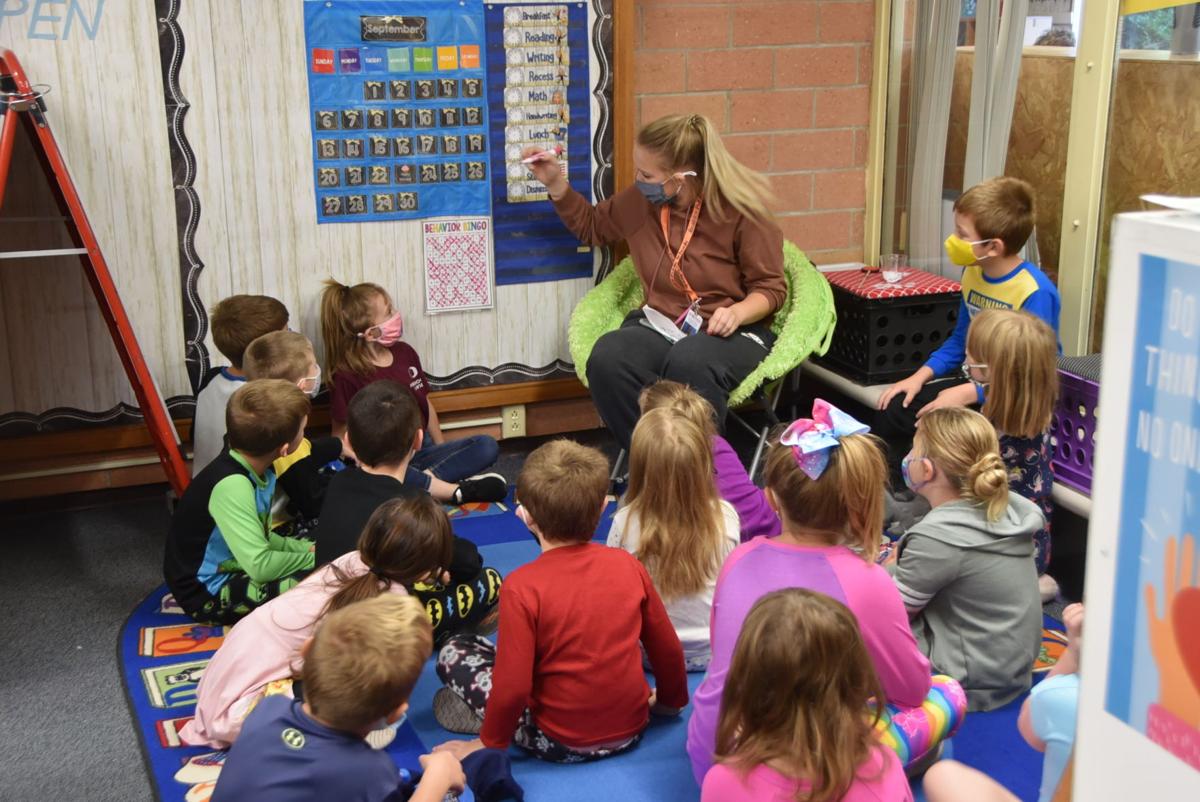 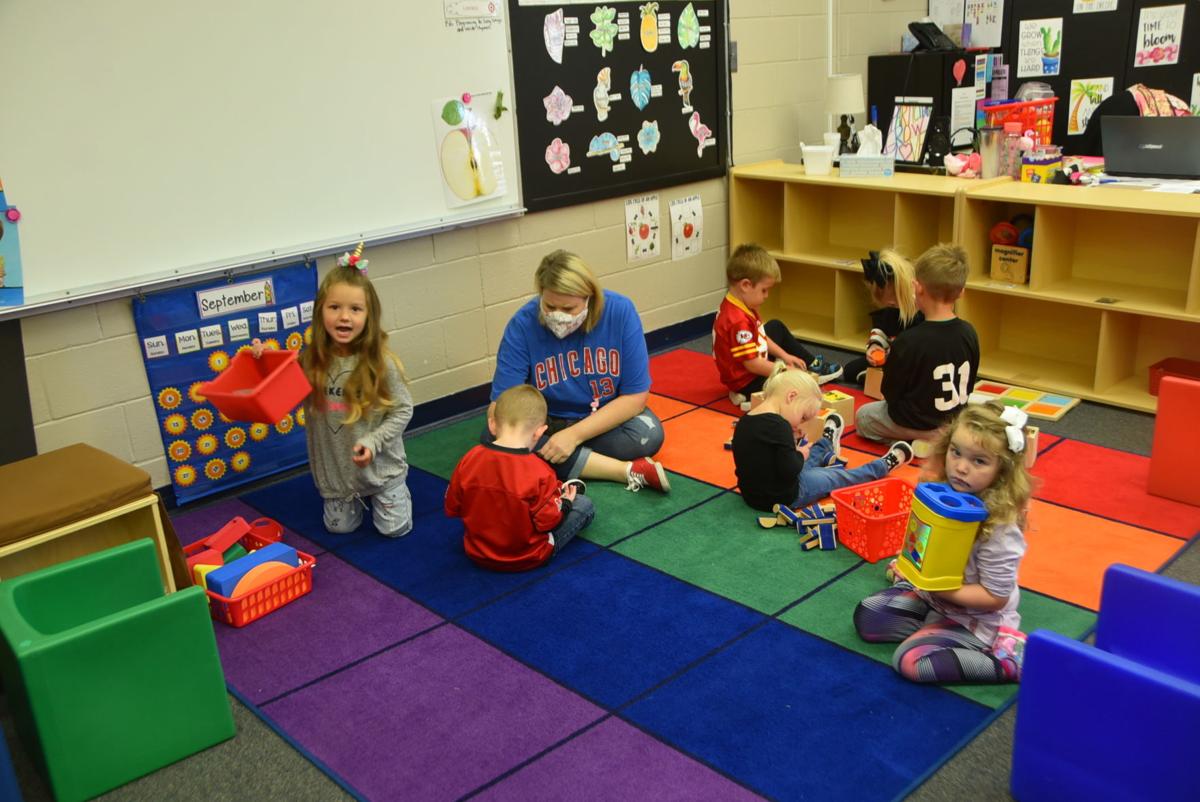 Beatrice Community Preschool students show off their Orangemen, Husker, Chiefs and other sports team pride by participating in jersey day on Thursday for homecoming week. 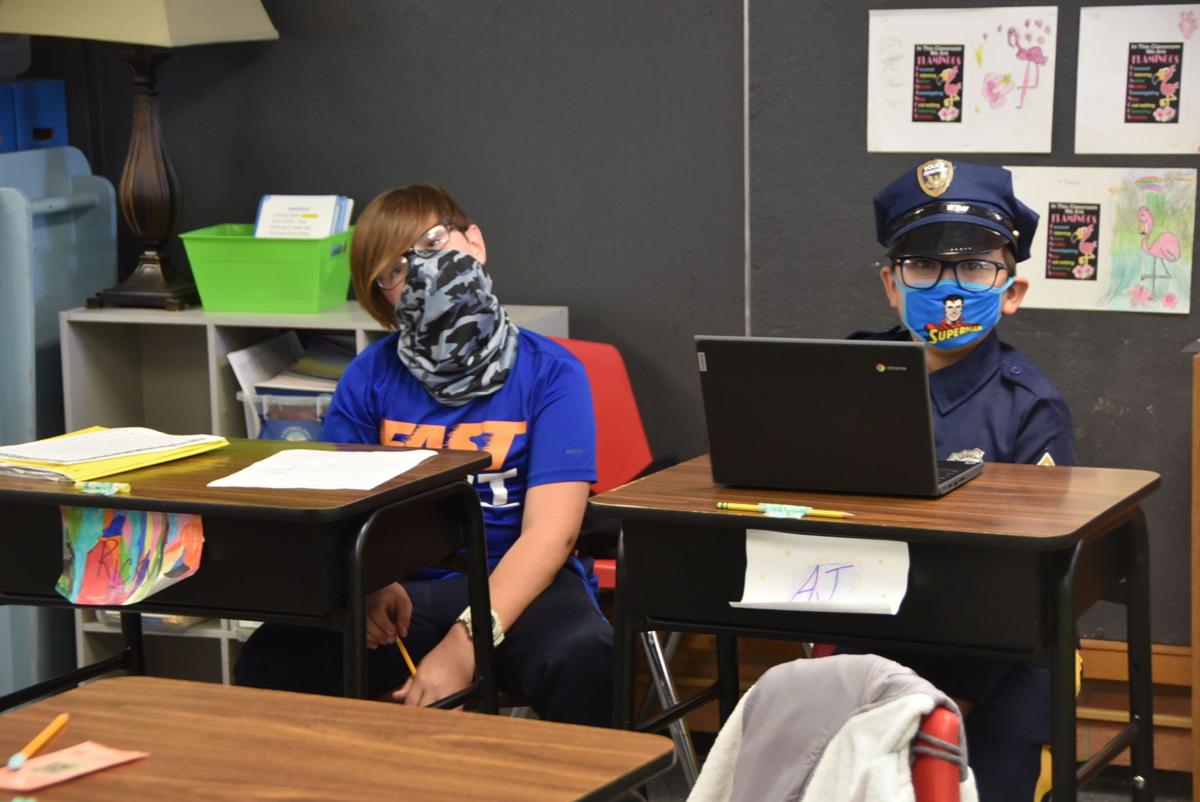 Beatrice Public School students have been showing their Orangemen pride this week, as the district celebrates homecoming with several spirit days and fall sports victories.

On Wednesday, the Lady Orange volleyball team beat Bennington and Concordia in a triangular at the O Zone, and the girl’s golf team placed third in the Trailblazer Conference tournament at Bay Hills Golf Course in Plattsmouth. There were also several personal victories in the cross country and tennis games played this week.

A pep rally will be held at the House of Orange on Friday at 2:40 p.m., as well as a varsity tennis invitational at Hannibal Park, a JV and varsity cross country invitational at Syracuse, and finally, the 7 p.m. homecoming football game against Waverly.

Following the game will be the student king and queen coronation at the House of Orange, and after that, students can attend a post-game cornhole tournament in the school.

BHS alumni and the Beatrice community can still cheer on the Orangemen and Lady O athletes by watching live streams through striv.tv/channel/beatrice/.

“Under our Directed Health Measure, we are still stuck at six people per participant to attend the game,” BHS Activities Director Neal Randel said. “So that will be a little bit different this year. Obviously, all of our students are allowed to go, but unfortunately we won’t be able to open it up to the public yet until our DHM changes.”

BHS Principal Jason Sutter said students participating in the post-game celebration will be required to wear masks, and that the school is prepared to disinfect bags and other high-touch surfaces between games. BHS has not had a homecoming dance for several years, which works well for the school this year, as Sutter noted they likely could not organize one due to the COVID-19 pandemic.

As a preemptive response to the increase of COVID-19 cases in Gage County, St. Joseph Catholic School in Beatrice started requiring students w…

Beatrice Public Schools’ budget for the 2020-2021 fiscal year is nearly $34.6 million, which was approved by the Board of Education following …

BPS administrators reflect on past month since schools reopened

It’s been just over a month since Beatrice Public Schools returned to in-person learning, and school administrators reflected on how it’s goin…

Students of Character at Beatrice Middle School for the week of Sept. 7 were: Row 1: Alex Bradley, Cooper Bonin, Lauren Remmers, and Bobbie Ga…

LEWISTON -- After serving for almost a year in Iraq, a local Army Reserve Sergeant has returned home in time for the holidays. With help from …

Despite classes looking differently this year due to COVID-19 precautions, Stoddard Elementary School in Beatrice is still showing unity throu…

Beatrice community members may not be able to cheer on the high school’s Orangemen and Lady O athletes in person this year, but there is still…

Beatrice Public Schools will be playing a substantial position in the city’s planned Hannibal Park project.

As the number of COVID-19 cases increase in Gage County, area schools are determining whether they need to adjust or move to a higher tier of …

Beatrice Community Preschool students show off their Orangemen, Husker, Chiefs and other sports team pride by participating in jersey day on Thursday for homecoming week.