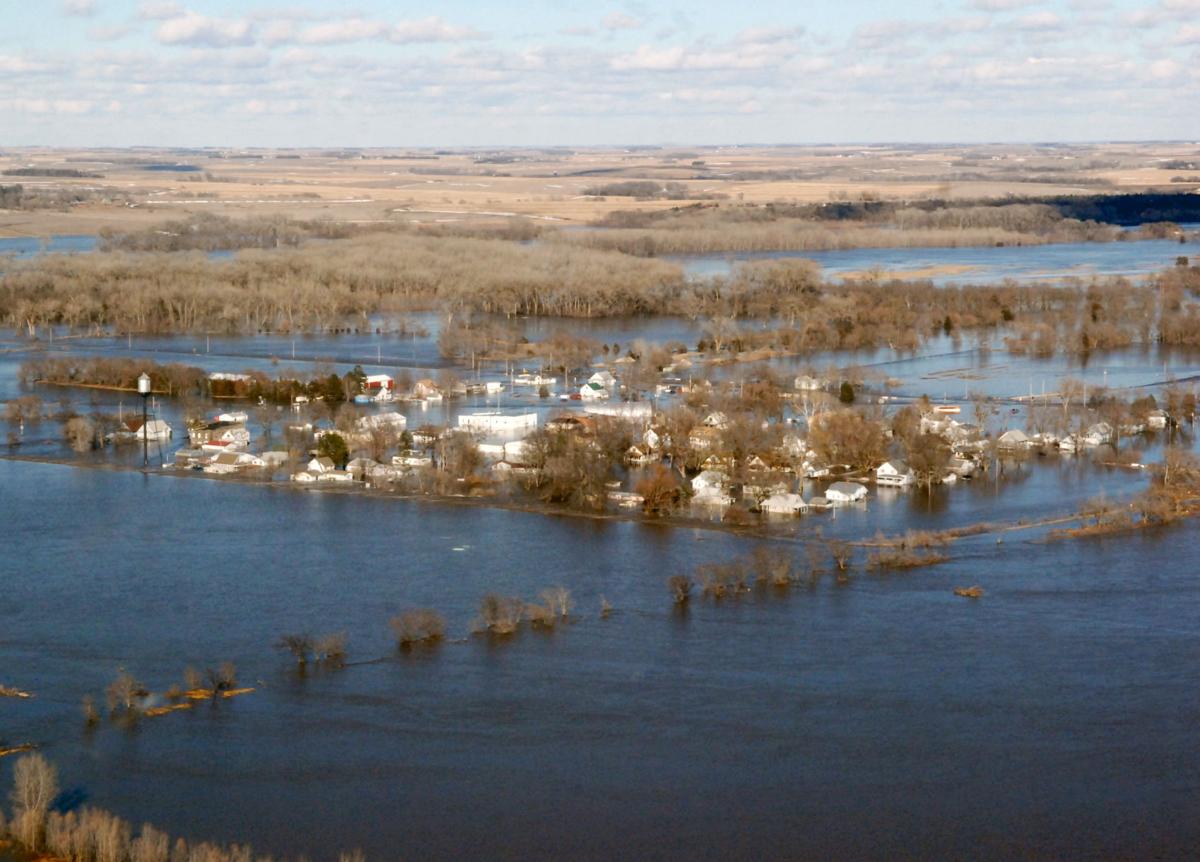 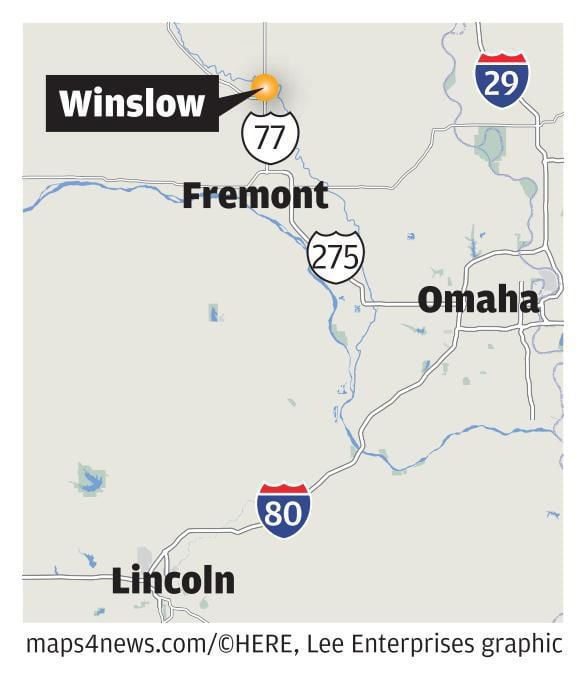 Editor's note: This is part of a regular series about the courses being taught at Nebraska's colleges and universities, as well as the instructors and students involved in them.

When the Elkhorn River returned to its banks and the flood cleanup began, Roland Schwichtenberg was among the army of volunteers assigned to a tiny village in eastern Dodge County.

Schwichtenberg and other relief workers from the Church of Jesus Christ of Latter-day Saints spent two days cleaning up in the aftermath of the most costly natural disaster in Nebraska's history.

The federal worker, who had just completed a rotation as a tour guide at the Oahe Dam in Pierre, South Dakota, with the Army Corps of Engineers said he didn't even know the name of the town -- days earlier under about 2 feet of water -- where he was working.

"I just kind of showed up," he said. "Our church has a lot of these events, which are a chance for people to see friends as well as help. They told me to just show up in clothes I could get dirty in."

He recalls the furniture removed from moldy homes and left in soggy yards to dry, the debris -- including everything from children's toys to hunting equipment -- strewn about the village, and a comic book collection numbering in the thousands completely ruined.

"We were pulling people's entire lives out of those houses," he said.

But it wasn't until Schwichtenberg returned to Dodge County this fall with his graduate school classmates from the University of Nebraska-Lincoln that he learned the town of Winslow's name.

Built in the floodplain of the Elkhorn River near the confluence of Logan Creek Dredge, Winslow was home to about 100 people and a handful of businesses before the bomb cyclone unleashed a torrent of water that inundated the community in mid-March.

Today, it stands mostly deserted. Some residents have returned, while most have moved to other communities as they wait for what comes next.

Federal funds made available through a presidential disaster declaration are in place, and the townspeople of Winslow have signaled interest in resettling the community on higher ground several miles to the north of the current town, near Logan View High School on U.S. 77.

Unlocking those funds requires a trove of paperwork, however, including a document outlining the potential risks of moving to a new area, as well as plans on how to mitigate those hazards.

That's where Schwichtenberg and his classmates in the Hazard Mitigation Planning course at the UNL College of Architecture come in.

The graduate-level class within the Community and Regional Planning program at UNL has previously paired students with communities to learn about the risks and write plans in a mock scenario, said Zhenghong Tang, who has taught the class from the beginning.

The situation in Winslow, as well as dozens of other communities impacted by the March floods, has created an opportunity for students to convert their education into a product with real-world impact.

"It's a great opportunity for students to think about the multiple hazards beyond the flood and to raise public awareness for residents," Tang said.

Earlier this semester, students traveled to Winslow to meet with community members, to hear their stories about the flood and begin conducting an inventory of the damage property by property.

The information compiled during the initial visit -- photographs and narratives of the flooding -- will become part of a document hundreds of pages long detailing Winslow's history, the issues created by the flood as well as the challenges of moving.

On Monday evening, student teams presented their work so far, offering suggestions on how to coalesce several efforts into one and finish the hazard mitigation plan before early December, when it will go back to the Winslow community for their review.

An assessment of damage to each property parcel in Winslow conducted by UNL grad students will become part of the document, for example, as well as weather and climate projections for the area, cost-benefit analyses and economic development proposals.

The risk assessment is being developed in parallel to the work being done by consultants and the Lower Elkhorn River Natural Resources District, said Jeff Henson, a former risk mitigation planner who now works with JEO Consulting and helps teach the class with Tang.

"It's probable that some of the information will end up in the final plan itself," Henson said, while the final draft completed by the UNL class will include much more information than standard plans.

The course itself is designed to provide a practical base of information for how mitigation planning actually works, Henson added.

Structured more as a professional course than other classes in the Community and Regional Planning program, Tang said graduates have gone on to work for emergency response agencies at the local, state and federal levels or have joined firms that do hazard mitigation work.

Since the class started five years ago, it has grown from about eight students to 20, as more students eye careers in planning, or at least want some experience in the area.

Sydney James, a civil engineering graduate from Rapid City, South Dakota, pursuing a master's degree in traffic safety, said mitigation planning fits into her research area, while Sunah Moon, a graduate student from South Korea, said a master's degree in planning will dovetail with her undergraduate education that centered on environmental studies.

For Schwichtenberg, an applied environmental studies graduate who hopes to find full-time work with the Army Corps of Engineers, hazard mitigation wasn't something he considered until he found himself in Winslow a second time.

He'll work with Tang on an independent project next semester in the same area.

Henson said it's unclear what role, if any, last spring's flooding has played in the program's growth, but the extreme weather event has provided a real-life laboratory for students to get exposed to the opportunities available in the workforce.

"Our field trip has usually been to the (Nebraska Emergency Management Agency) headquarters to look at the state emergency response center," Henson said. "This year, we went to Winslow and counted parcels."

Coursework: Working with community leaders, students prepare a document outlining potential hazards along with recommendations on how to mitigate them.

From the instructor: "It's a great opportunity for students to think about the multiple hazards beyond the flood and to raise public awareness for residents," Tang said.

School board reflects on effectiveness of current strategic plan

As Beatrice Public Schools prepares to create a new strategic plan for the district through Cambridge Strategic Services, administrators are r…

Southeast Community College in Nebraska has released its Dean’s List for the semester recently completed on the Beatrice, Lincoln and Milford …

A new school is coming to Beatrice, and its education model may be different than anything the community’s seen before.

Commissioner Matt Blomstedt wrote a letter to the state’s superintendents this week enumerating several steps his department will take to move toward racial justice.