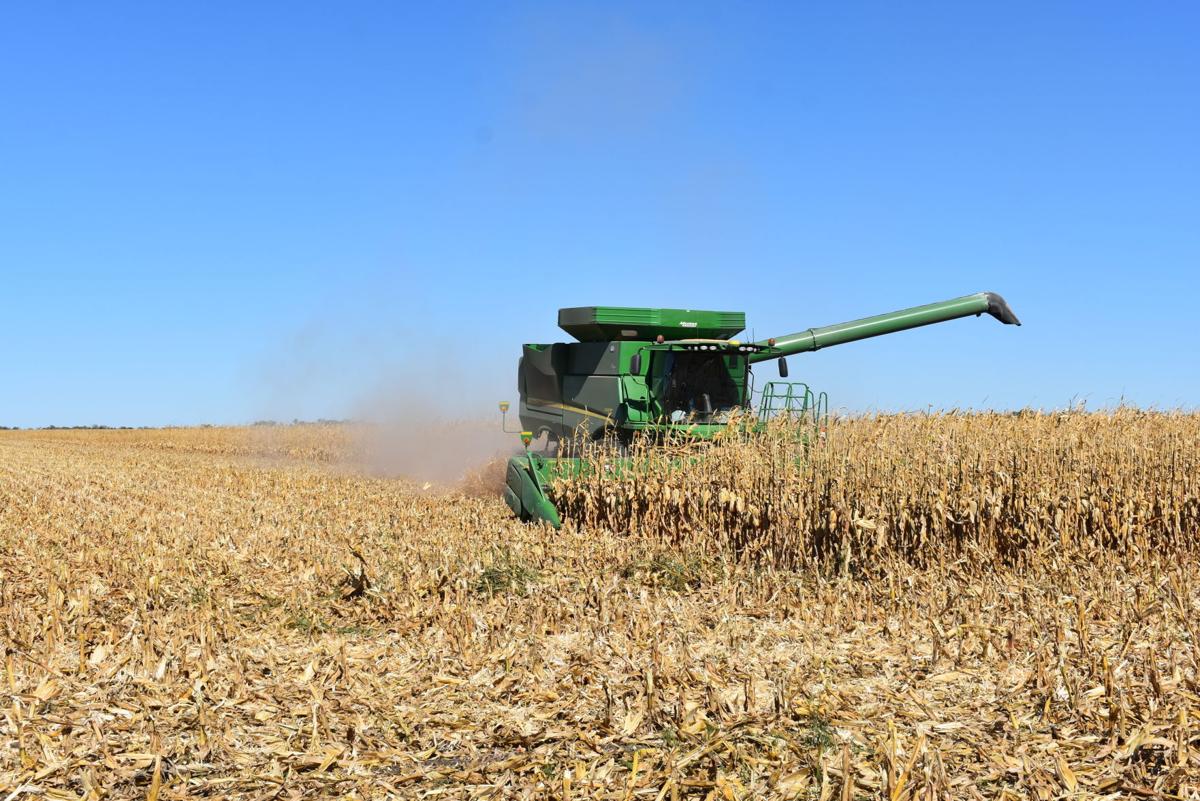 Troy Cammack picks corn north of Beatrice Monday afternoon. Cammack was one of several Gage County farmers who volunteered to harvest Galen Plihal’s crops after he passed away in June. 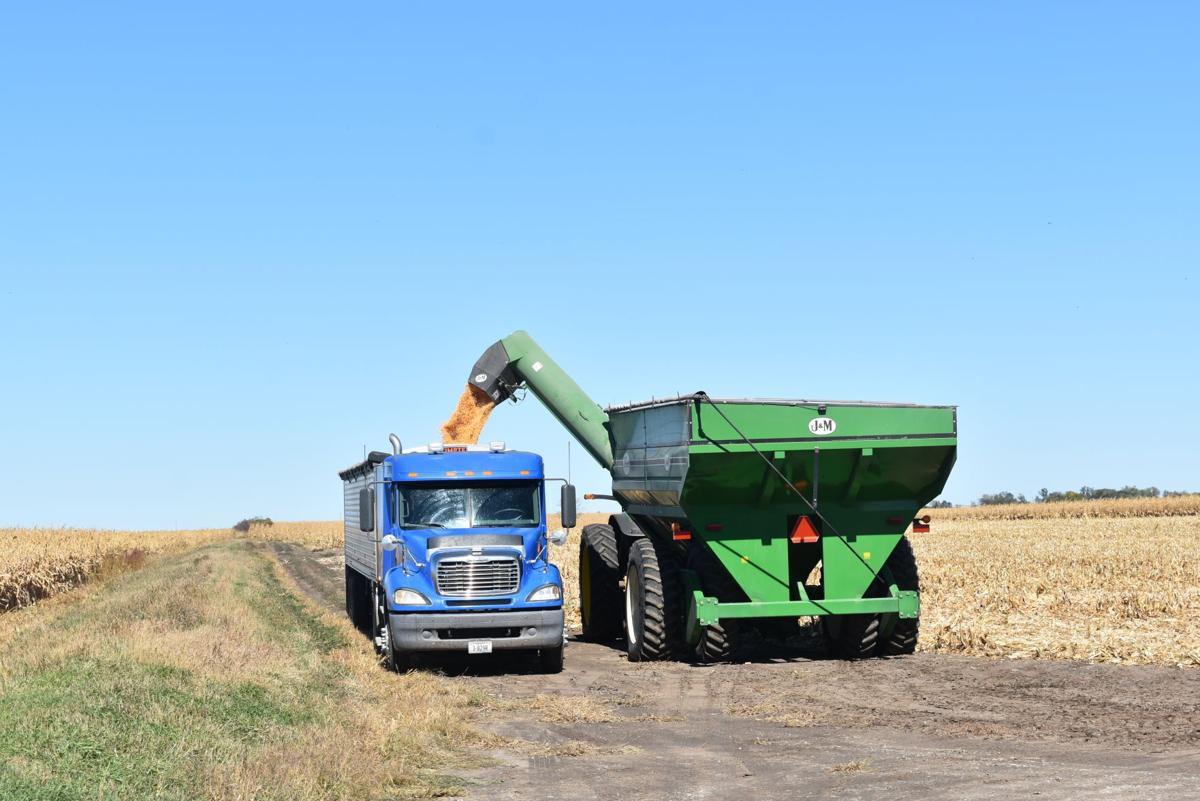 A semi is loaded with corn harvested by volunteers. Around 40 total farmers volunteered to help Galen Plihal’s family with harvest this year after he passed away.

Harvest is in full swing as farmers throughout the Sunland, but several left their own fields recently to help a family in need.

Galen Plihal of DeWitt passed away in June after he fell down a set of stairs. He was 76.

Neighboring farmers got together to raise his crops through the season, and the efforts culminated this week when around 40 volunteers helped harvest the family’s crops.

“I knew they were coming, but I was surprised that many people volunteered to do it for Galen,” said Bev Plihal, Galen’s wife. “It’s been a little tough but the neighbors and friends have rallied around to harvest all the land.”

Jack Spilker, who volunteered to help with the farming throughout the season, said the farmers who helped were happy to do so for a man they respected.

“Galen was just such a good guy,” Spilker said. “I don’t think anybody could disagree or didn’t like him. He was just an all-around great guy. I think Bev was surprised and relieved. She was pretty stressed out and had a really tough year. So many things have gone wrong on the farm.”

Spilker said one of the family’s pivots was struck by lightning, and two flipped over during storms.

The season may have been challenging, but with help from so many neighbors the harvest of more than 600 acres went smoothly and was finished in less than three days.

Troy Cammack volunteered his combine and three grain carts. On Monday, his was one of two combines that harvested a field just north of Beatrice.

“Galen had been my neighbor since I was in junior high,” Cammack said. “We were friends. It’s just kind of what folks do. You try to help the neighbors out when they have an unfortunate accident.”

In addition to the farmers who lent their time and equipment, Bev said the Tri-County FFA prepared two meals for the farmers.

She said her husband would have been proud to see how many people put off their own harvests to help his family, and it’s not something she’ll soon forget.

“He would be amazed that they would stop their harvest and do this for him,” Bev said. “It’s really been touching and just overwhelming.”

Giving birth to a child during the best of times is challenging, but labor and delivery during a pandemic is likely even moreso.

In preparation for the 100th birthday celebration of the Nichols Park Bandstand next year, Exmark Manufacturing has donated $5,000 and volunte…

Troy Cammack picks corn north of Beatrice Monday afternoon. Cammack was one of several Gage County farmers who volunteered to harvest Galen Plihal’s crops after he passed away in June.

A semi is loaded with corn harvested by volunteers. Around 40 total farmers volunteered to help Galen Plihal’s family with harvest this year after he passed away.