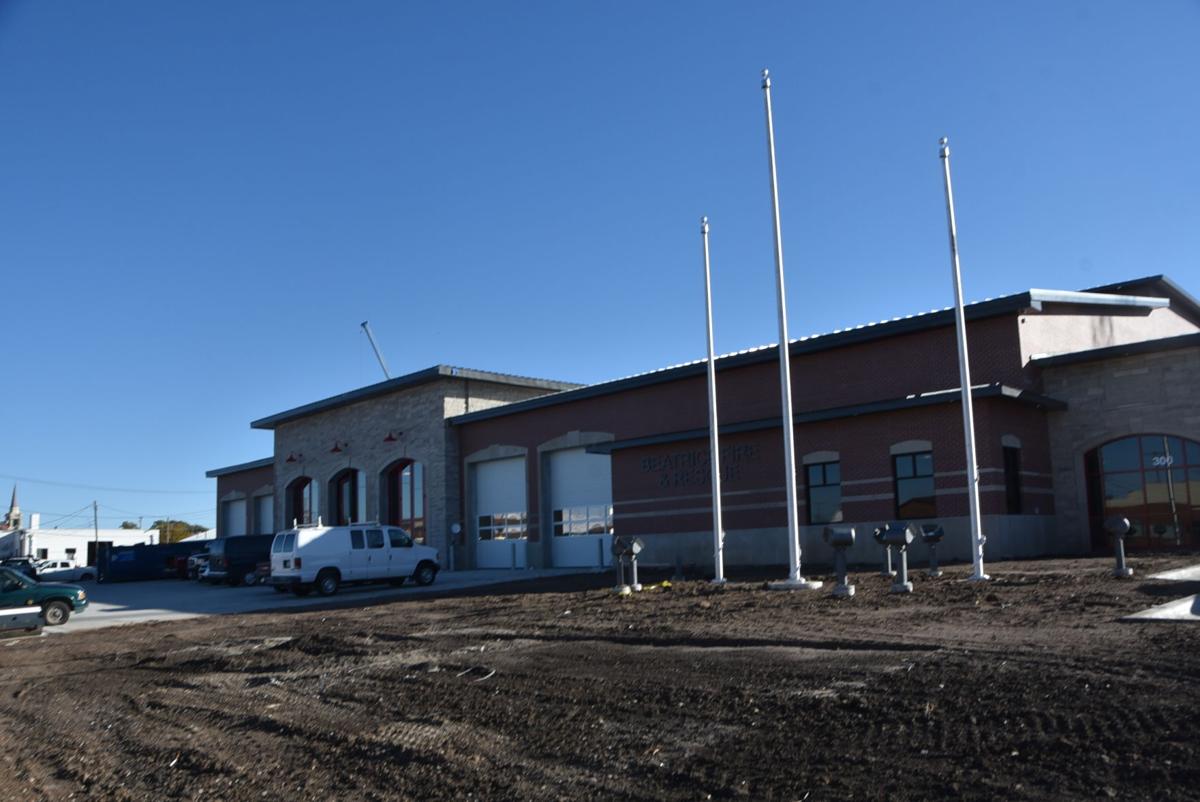 A new station for Beatrice Fire and Rescue is around 90% complete. An open house of the building is planned for Saturday morning at 10 a.m. 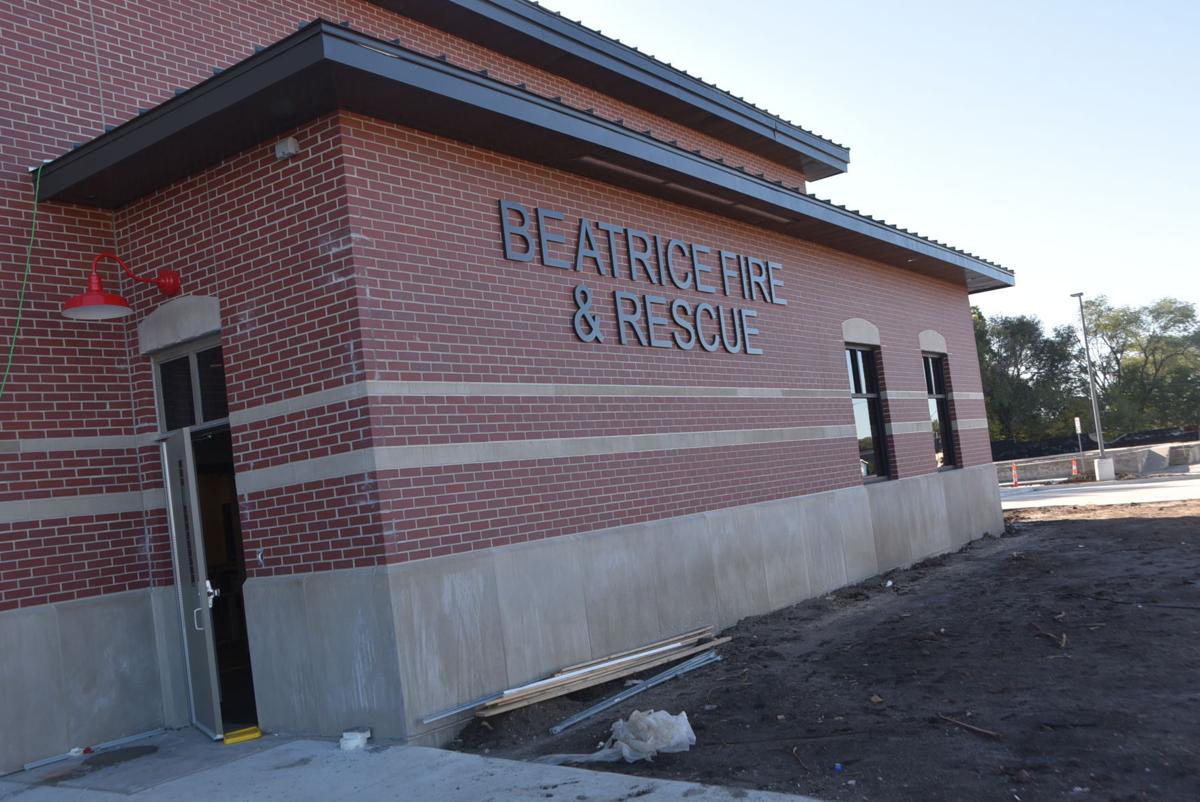 Beatrice Fire and Rescue's new station is located just south of downtown on Sixth Street. The station may be put into service as early as next month.

Work is nearly completed, and the public will get its first glimpse inside Beatrice’s new fire department Saturday.

Officials are planning a ribbon cutting ceremony Saturday, Oct. 23 at 10 a.m., with tours to follow until noon.

Fire and Rescue Chief Brian Daake said the ceremony will take place in the vehicle bay, with self-guided tours to follow.

The ceremony was initially planned for Sept. 11, though material delays pushed the event back six weeks.

“We were originally hoping to do that on Sept. 11, but we weren’t quite far enough along in the process,” he said. “It was still a very active construction site at that time. We were still able to have a private department ceremony on the 11th for families and a little show.”

The station was budgeted to cost $8.3 million to complete, and is being funded by an additional half-cent sales tax that will generate around $1 million annually.

The department has been at the city auditorium since 1965, when they had five vehicles to store in the building. Today, there are 14 vehicles and a trailer in the auditorium, with two more trailers outside.

The process has taken almost exactly 20 years since a study regarding the fire station was started in 2001. That study took five years to complete, and plans were halted in 2008 due to the financial crisis.

Officials began to reexamine the possibility of building a new station again in 2014, and broke ground on the new station on South Sixth Street last March.

Daake estimated that sometime next month the station will be put into service.

Beatrice police arrested a man for resisting arrest after responding to a disturbance call on Sunday.

Veterans have a 50% higher suicide rate than those who have not served in the military, according to government reports.

Watch Now: Who should get a booster shot?

Watch Now: Who should get a booster shot?

A new station for Beatrice Fire and Rescue is around 90% complete. An open house of the building is planned for Saturday morning at 10 a.m.

Beatrice Fire and Rescue's new station is located just south of downtown on Sixth Street. The station may be put into service as early as next month.