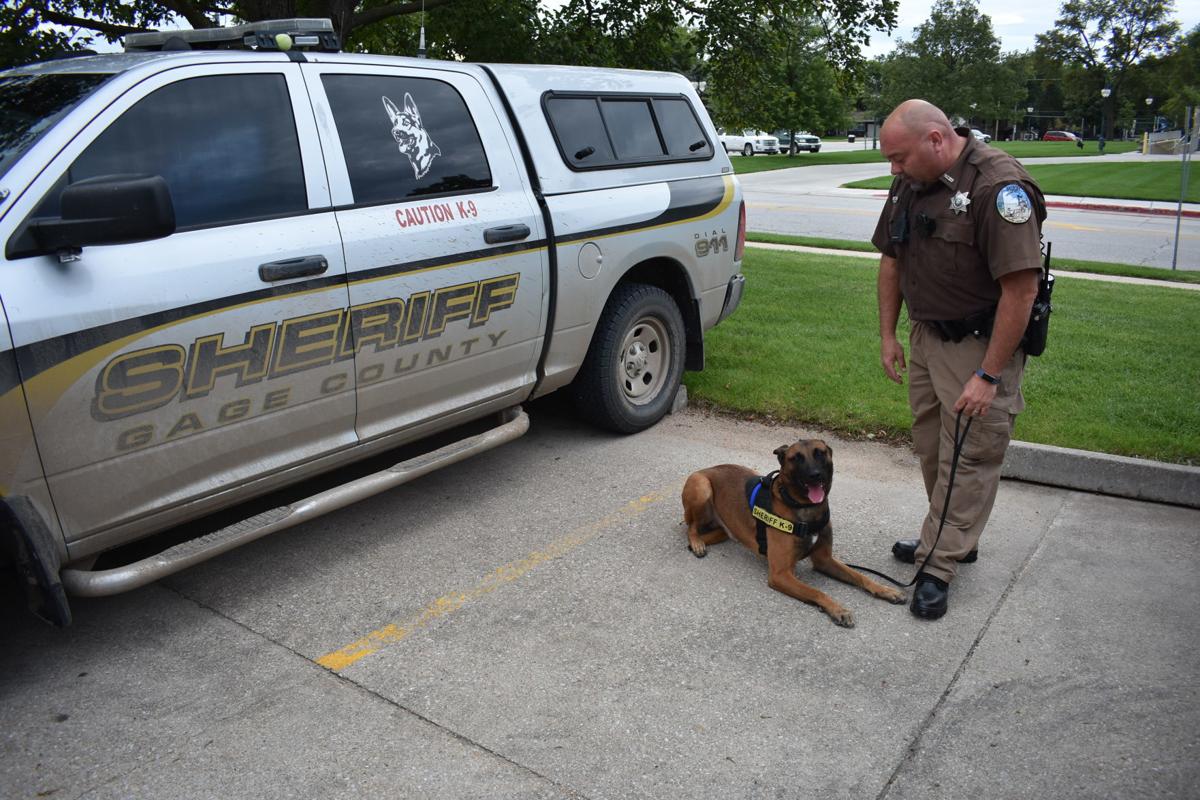 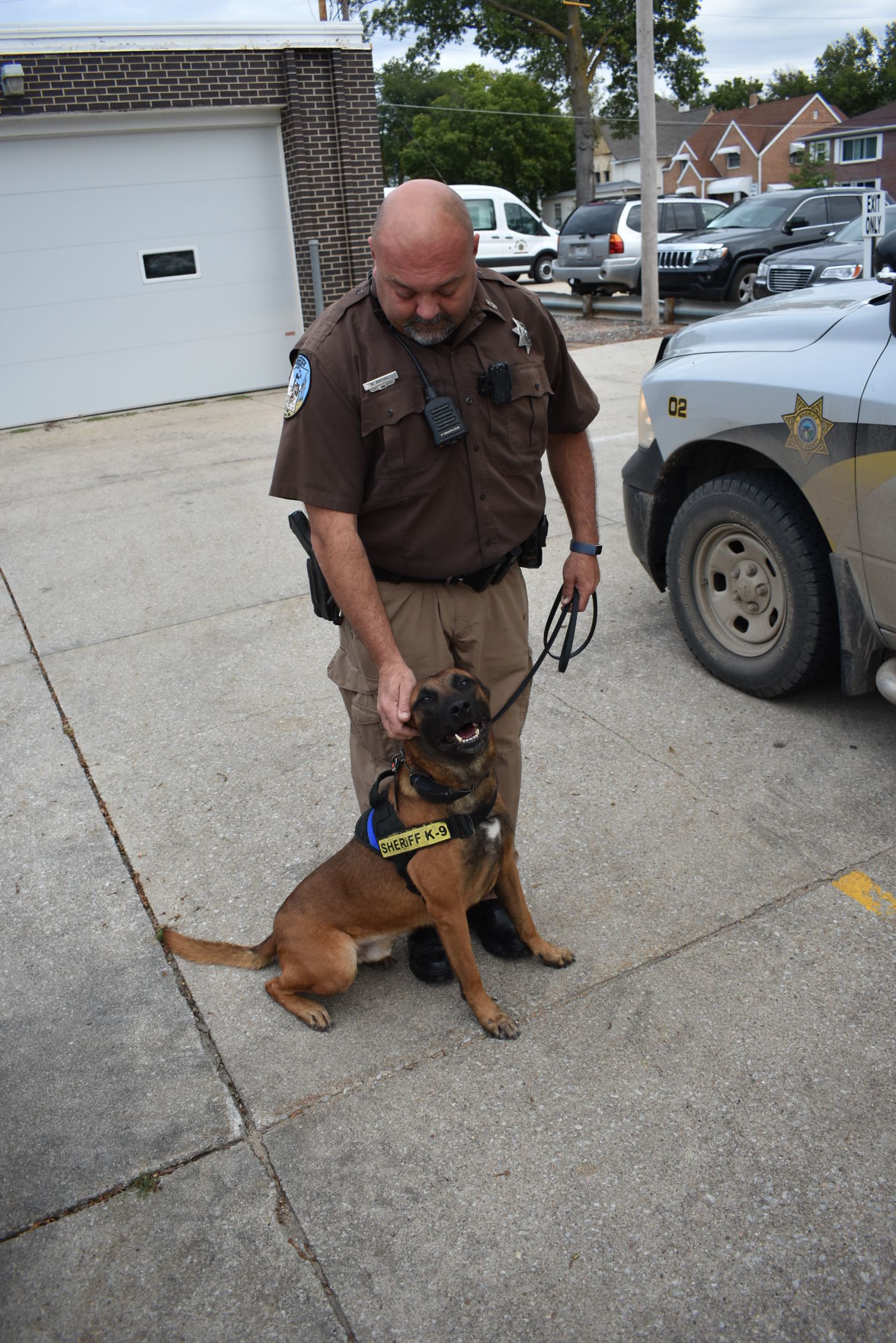 Deputy Dax Brydl and Buster, Gage County’s drug dog, recently became certified to patrol together. Buster’s future with the department was in doubt after his previous handler announced he was leaving the department in June.

The fate of Gage County’s K-9 program was up in the air for most of the summer as officials debated what to do with the drug dog.

But four months after discussions began, Buster is back on the job patrolling Gage County under the care of a new handler.

“It’s a lot of maintenance,” Brydl said of working with Buster. “You have to keep up on the dog. If you just leave him in the back of your pickup and you don’t get him out, don’t work with him and don’t practice, it’s not going to go well.”

Buster came to Gage County around three years ago, where he worked with deputy Coltin Bebensee.

Bebensee announced in June he was leaving the department to take another job, prompting several discussions at County Board meetings that boiled down to if the dog should be retired and given to Bebensee to have as a pet, or if Buster could be retrained with a different handler.

The board voted to allow Buster to be sold to Bebensee, then rescinded its decision after learning the dog could likely be trained with a different handler and continue working at the sheriff’s office for a few more years.

“The biggest problem that we had is he just turned 4 last week and he grew up with Coltin,” Brydl said. “Coltin was his handler and also a pet. Him figuring out that I’m now in charge was a painful learning experience, but we’re bonding really good.”

K-9s and handlers are certified as a team, meaning Buster had to go through the six-week program again to get acquainted with a new owner.

Buster was evaluated in Omaha before the training, and it was estimated the dog has as many as four years of service life left.

County Board chairman Erich Tiemann is pleased that Buster is back in service and that the county was able to keep the program going.

“It was so controversial and had nothing to do with the service of the dog,” Tiemann said. “People let emotions dictate what they thought and that’s really easy to do because people love dogs. Myself, I’m a dog lover. This one came down in my mind to it being public funding and how can we use that in the best possible way. Plus, we have a drug problem here in Gage County, whether we like to admit it or not. Any tool we can use to help with that drug problem is important.”

Brydl has been with the sheriff’s office for 12 years. He said working with a K-9 was something he wanted to do when he first started in law enforcement, but didn’t have the chance before Buster.

“We never really had the opportunity so you kind of put that out of your mind,” he said. “Then this came up at the right time. I definitely think it will benefit the department and I’m pretty ecstatic about doing it.”

A Fremont woman was arrested for possession of a controlled substance Saturday after Beatrice police found her sleeping in a running vehicle.

For love of plants

Charles Park in Beatrice was created as the city's first public park in 1914. It was restored as a part of the Main Street streetscape plan be…

Deputy Dax Brydl and Buster, Gage County’s drug dog, recently became certified to patrol together. Buster’s future with the department was in doubt after his previous handler announced he was leaving the department in June.