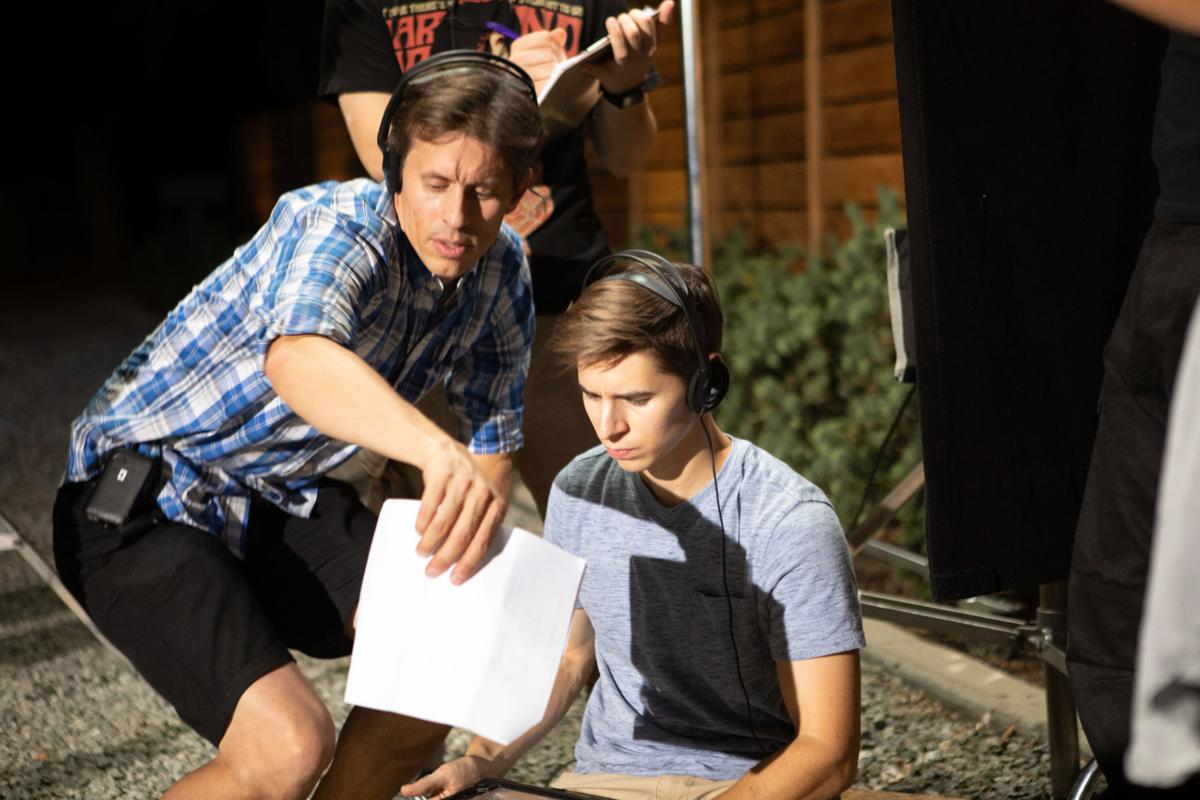 Travis Cluff, left, and Chris Lofing, right, work on the set of “Held,” a new movie coming to Beatrice. The horror movie opens in theaters Friday. 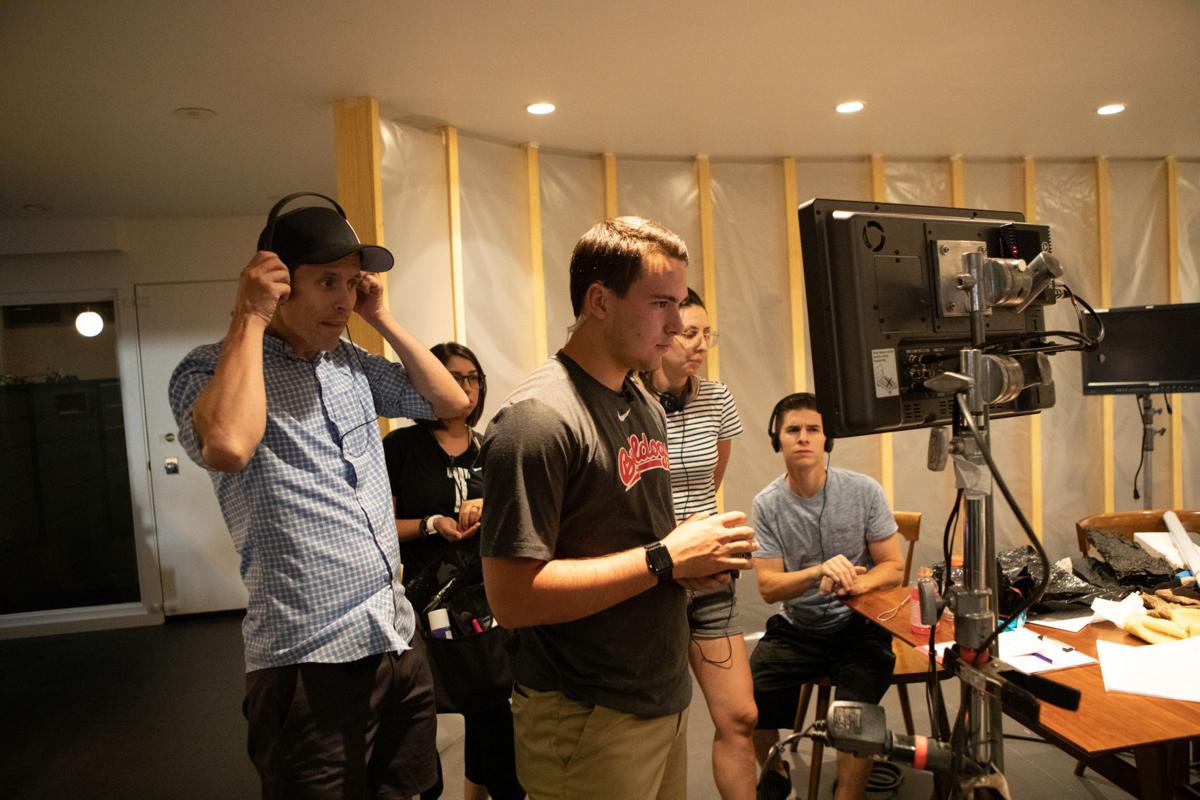 Chris Lofing, far right, works with the crew on the set of “Held.” The Beatrice native graduated from Beatrice High School in 2009.

Get ready to be scared.

California-based filmmaker and Beatrice native Chris Lofing has a new film coming out, and Beatrice has one of 80 theaters in the nation where “Held” will be shown.

Like his previous films “The Gallows” and “The Gallows Part II,” Lofing’s upcoming film is meant to leave the audience members afraid and on the edge of their seats.

“The movie is basically about a couple who are celebrating their anniversary and go away to a vacation rental,” Lofing said. “The couple’s ailing marriage is put to the test when they are held hostage in an isolated vacation rental by an unseen voice that commands their every move. They get locked in this house and this voice announces itself and tells them what to do in order to repair their marriage.”

Lofing directed and produced the movie, and said the film has been described as marriage counseling performed by Jigsaw, a character in the “Saw” series of horror films.

“We’re proud of it and it was a surprisingly very small budget movie,” Lofing said. “It’s similar to the Gallows in that we were able to get a lot out of just working with several talented people putting their heart and soul into this.”

The film was shot in Fresno, Calif. Where Lofing lives. He and Cluff rented a home in the city to shoot the film.

“We spent most of 2020 working in post production, which worked out well for us,” Lofing said. “We had plenty of work to do just locked up in the bunker. But in terms of the industry as a whole, it’s completely changed. It’s just now starting to get back into gear. Commercials are starting to shoot again, people are getting back on set. Especially here in California, it has been very restrictive.”

With the film ready to be unleashed on the world, Lofing said he’s happy Beatrice’s theater will be participating in the premiere.

“Beatrice made me who I am and it’s where I’m from,” he said. “Any chance i get to have the movies in the theater there, the theater I grew up with, it’s special to me and it’s cool because I have a lot of friends and family who want to support what I’m doing. Especially during the pandemic, getting out to a movie theatre is special these days.”

“Held” opens Friday, April 9. Lofing said Beatrice is the only theater he’s aware of in the state where the film will be shown.

'It was a murder in the full light of day': Biden

After a delay in celebrations due to the COVID-19 pandemic, on Thursday two local organizations held an open house and ribbon cutting for thei…

Despite it being the second year that the Backpack Program has not been able to do their Empty Bowls Soup Luncheon due to COVID-19, the fundra…

Low unemployment rates in the state of Nebraska is proving to be challenging for local manufacturers.

Travis Cluff, left, and Chris Lofing, right, work on the set of “Held,” a new movie coming to Beatrice. The horror movie opens in theaters Friday.

Chris Lofing, far right, works with the crew on the set of “Held.” The Beatrice native graduated from Beatrice High School in 2009.