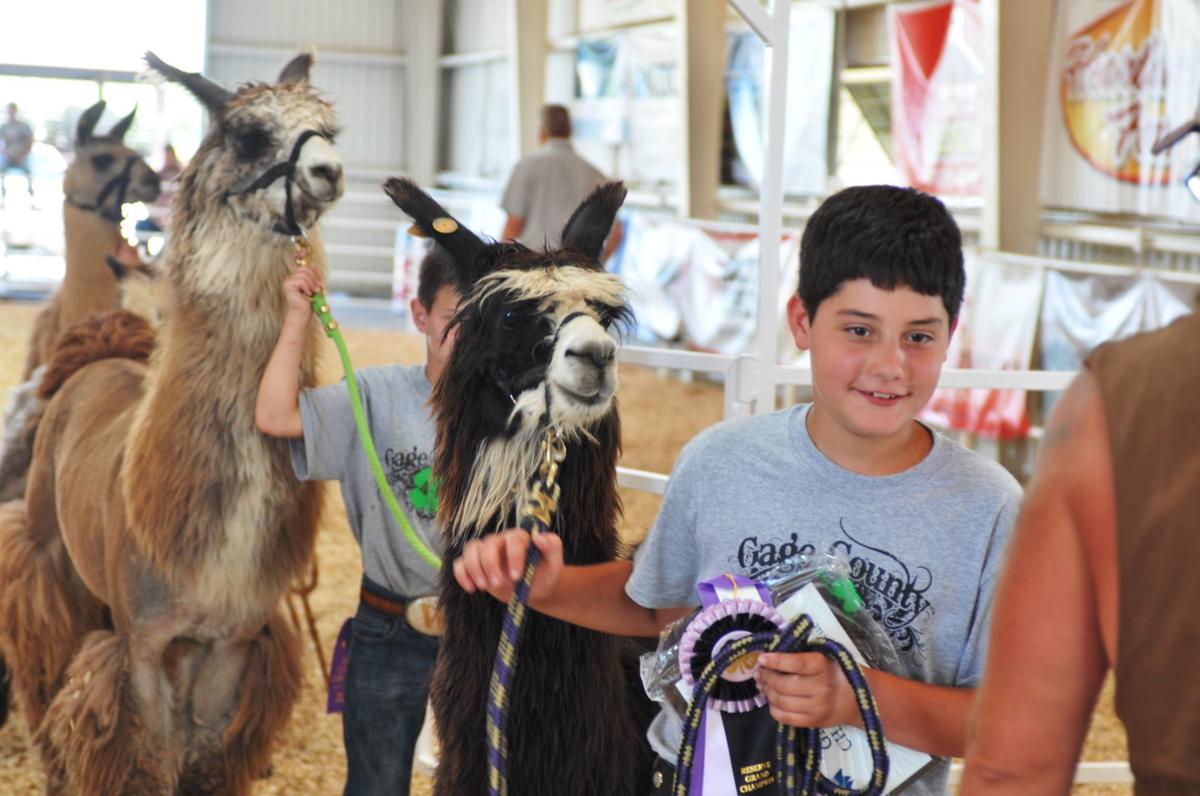 Payton Raber leads his borrowed alpaca out of the ring at the Gage County Fair on Thursday. It was his first time showing and he took home the grand champion trophy. 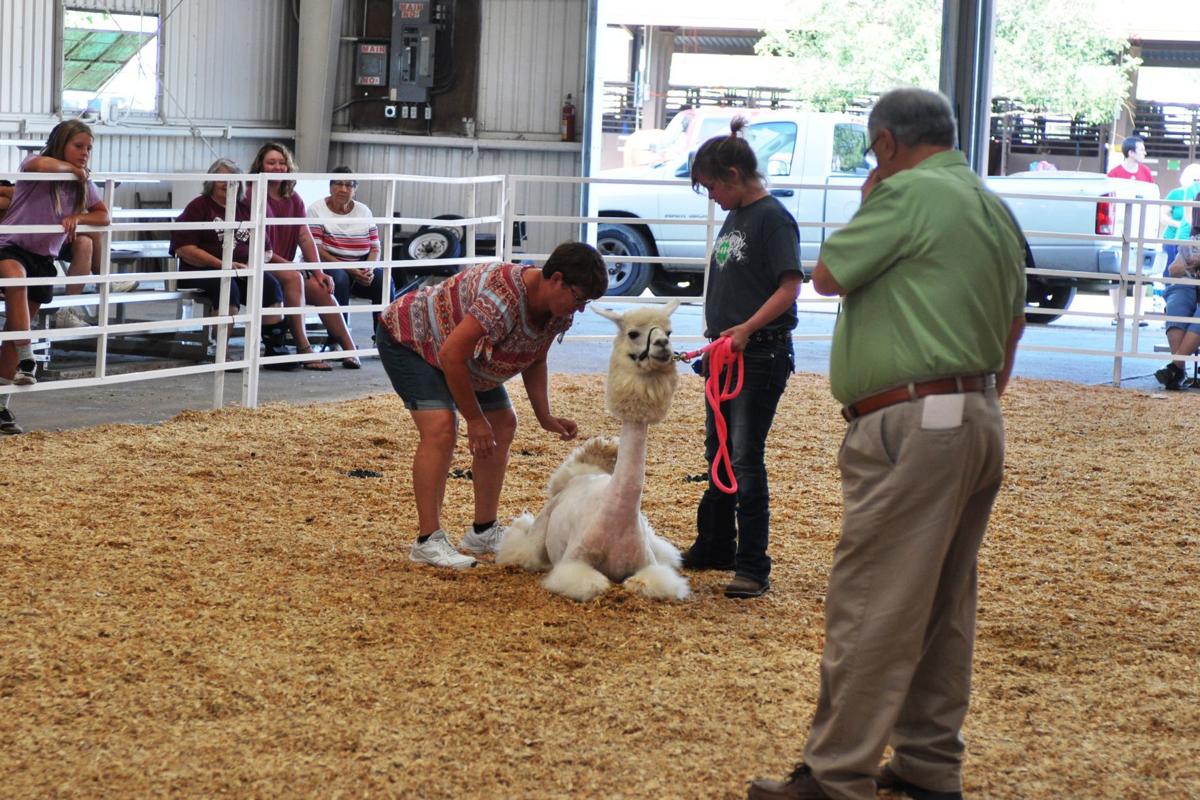 A tired alpaca decides to take a rest at the Gage County Fair on Thursday. 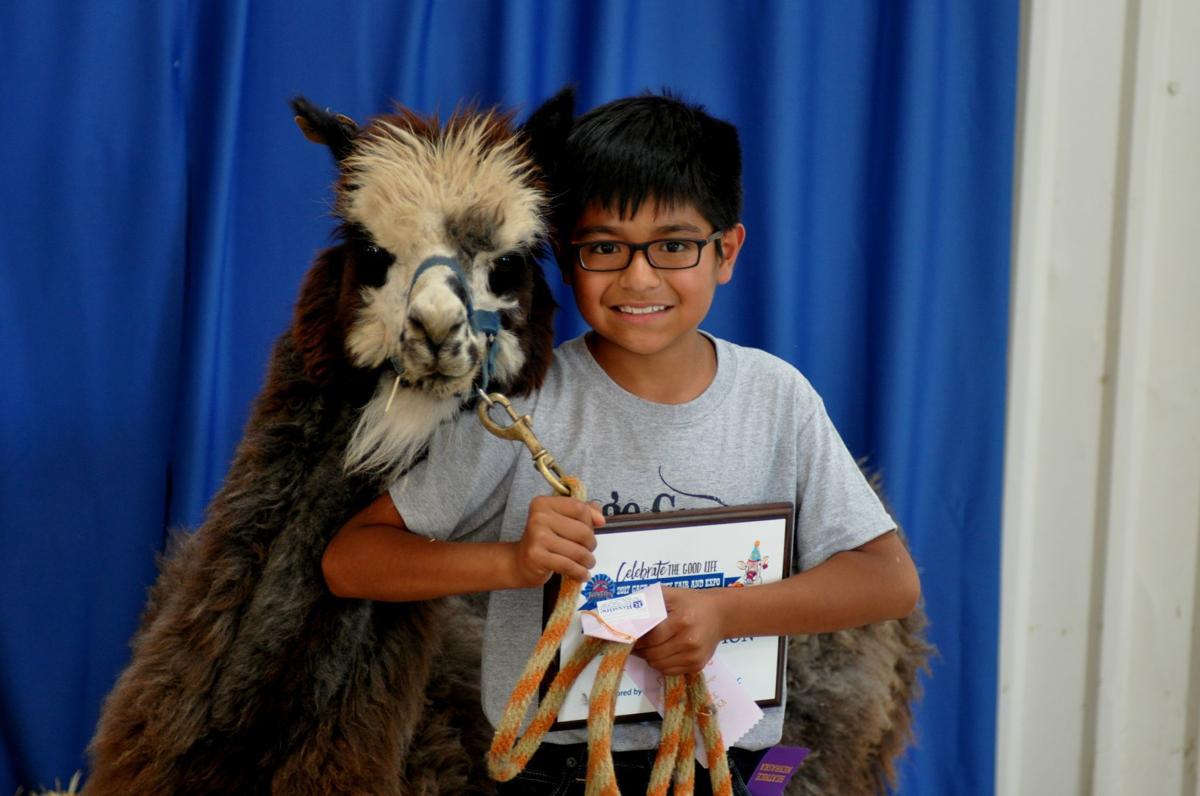 In previous years, the only competition Triston and Madelynn Wells had to worry about in the alpaca and llama show was each other. That changed this year, thanks to an idea their father had.

At the Gage County Fair on Thursday, there were some new competitors showing alpacas, though the animals all belong to the Wells family. Brett Wells had decided to loan his alpacas to some first-timers.

“Basically, for the last couple of years, it's only been my kids showing,” Wells said. “Although they always get champion and reserve, that's not a big challenge for them.”

Some of the 4-H members didn’t have an animal to show, so in exchange for a few chores and taking care of the alpaca during the summer, Wells would let them enter his alpacas in the show.

With multiple alpacas at home and not enough children to show them all, Brett Wells saw an opportunity.

Alpacas and llamas are both pretty similar, though the South American-natives have a few differences. Llamas tend to have long, banana-shaped ears and are also about a foot taller than alpacas. Alpacas are used mostly for their fiber—though Brett said sending their fiber out for processing would cost more in shipping than it would ever return, so they’re mostly just pets—and llamas are mostly pack animals.

“It's an animal I can send the kids out to the barn to work with and not worry about them going to the emergency room,” he said.

Peyton Raber showed his first alpaca on Thursday and the 10-year-old walked away with the grand champion trophy. An auspicious start for something that began kind of half-heartedly.

“I found out that my brother was actually going to do it,” Peyton said. “So I thought I might as well try it.”

His brother, Chase Raber, walked away with the reserve grand champion ribbon, thanks to his loaner alpaca, Elmer. He had never shown an animal before, and the idea of getting a loaner alpaca was more intriguing than having to take care of one full-time, he said.

During the show, some of the alpacas grew tired of being led around on a leash and sat down in the sawdust, covering their coats with a layer of wood chips. Dirtiness seemed to be a common trait with alpacas, Chase said.

“We had to wash them, dry them and comb them a lot,” Chase said. “After a while, they get really dirty and we'll comb them again.”

Paraeducator who had relationship with minor enters pleas

On Saturday evening, 21-year-old Andrew Klaus was arrested for multiple traffic violations as he drove a dirt bike along Hoyt Street in Beatrice.

Beatrice Police responded to a report Tuesday of a man in a ski mask circling the exterior of a residence on North Ninth Street.

Brian Daake was on duty with Beatrice Fire and Rescue’s B shift 20 years ago on Sept. 11.

Midwest dealing with resurgence of armyworm

Lawns are important to us all. They can be time consuming and a lot of work, but it is all worth it for a nice-looking lawn. However, when a p…

Payton Raber leads his borrowed alpaca out of the ring at the Gage County Fair on Thursday. It was his first time showing and he took home the grand champion trophy.

A tired alpaca decides to take a rest at the Gage County Fair on Thursday.