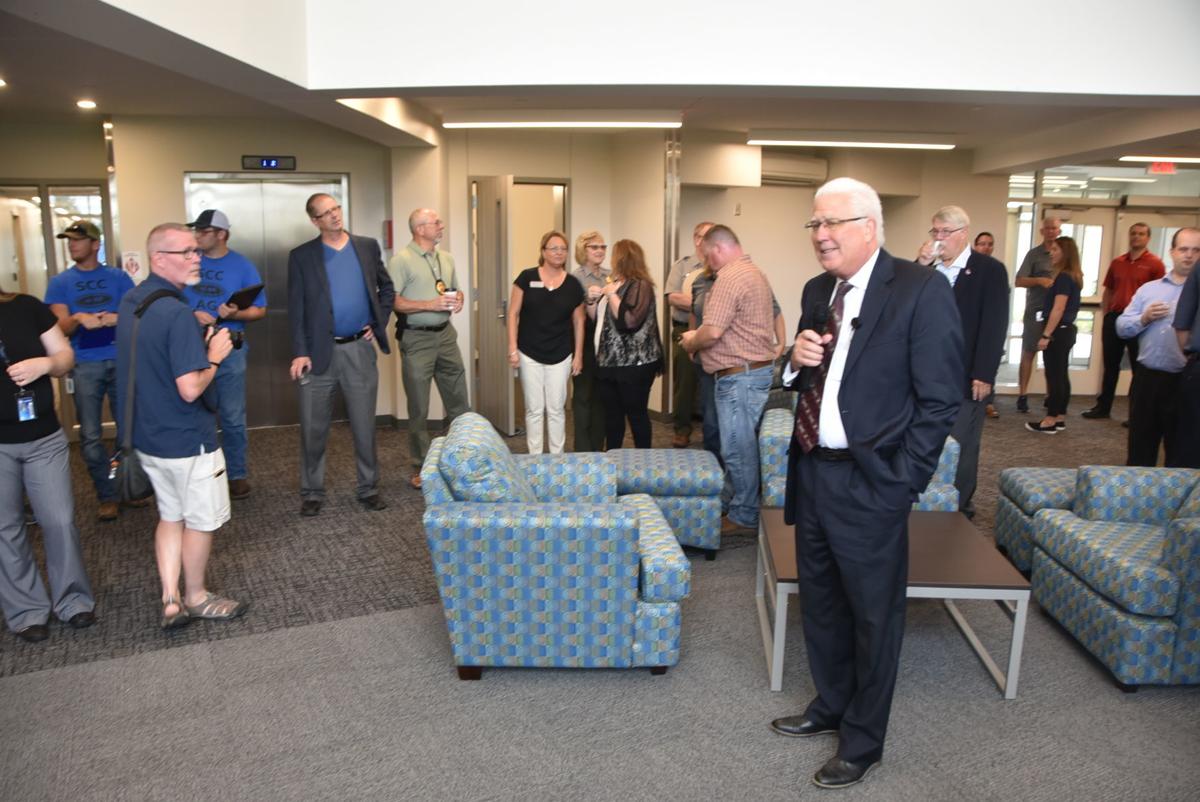 Bob Morgan, SCC’s Beatrice Campus director, speaks to a crowd at SCC on Thursday morning at a ribbon cutting ceremony for a new residence hall. The new building can house around 150 students. 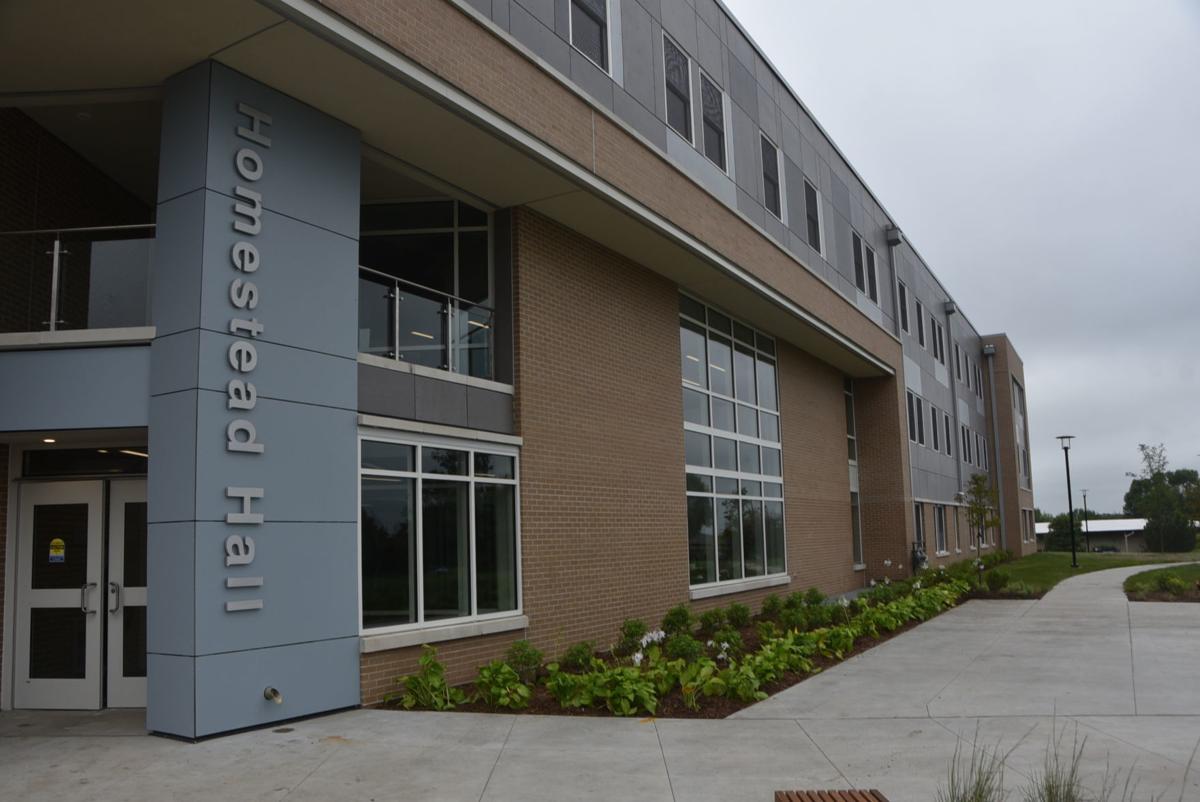 Homestead Hall on Southeast Community College’s Beatrice campus is ready for students after being built earlier this year. 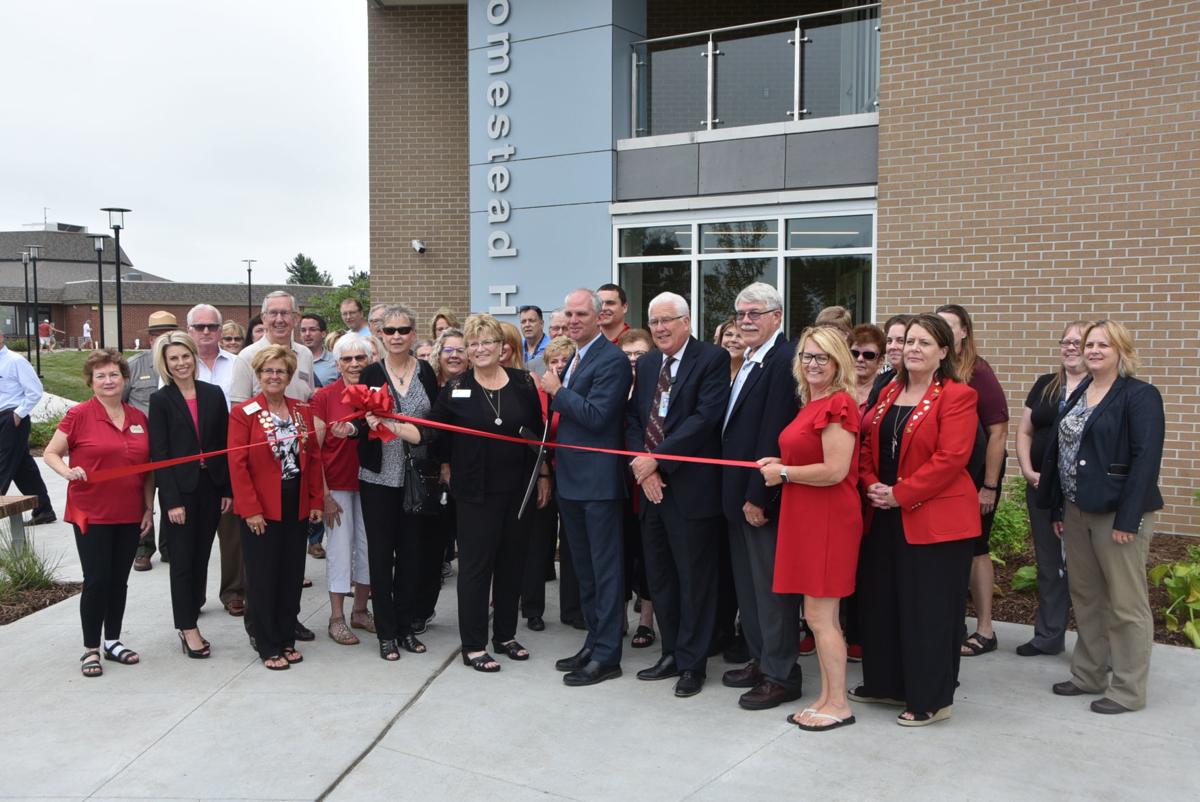 Southeast Community College in Beatrice is preparing for the start of the fall semester by officially opening its newest residence hall.

A ribbon cutting was held at Homestead Hall Thursday morning, followed by tours of the brand new facility.

Bob Morgan, SCC’s Beatrice Campus director, said administrators and contracts were resilient to have the building ready in time for the start of the semester. Despite a number of challenges, that goal became a reality, and the building was designed to help students get the most out of their education at SCC.

The 54,000 square-foot building can house nearly 150 students. Each room has a kitchenette area with a refrigerator, microwave oven and sink. The apartment-style residences feature individual bedrooms, with shared bathrooms, living spaces and kitchen areas.

SCC President Paull Illich spoke at the ribbon cutting, and said the three-story residence hall will help tackle a worker shortages that employers are seeing across the state and beyond.

“Back in 2015 SCC launched its strategic plan, really going after a couple major themes,” Illich said. “One of them was basically all over Nebraska we have an issue that we’re trying to address, that’s a lack of skilled workers. This building represents one particular strategy to do that. We have to expand our capacity to produce skilled workers.”

SCC’s Board of Governors previously approved issuing up to $19.5 million in revenue bonds to finance new residence halls at the Beatrice and Milford campuses, as well as a dining facility at Beatrice.

The Beatrice dorm cost roughly $8 million and follows the demolition of Hoover Hall earlier this year. That building was capable of housing around 70 students.

Illich added that a comment he frequently hears from employers is a need for workers with life skills. Employers want workers who can not only do the job, but work well with others, be assertive and communicate in a transparent way.

The new residence hall was designed with these ideas in mind.

“What this building is going to do, it’s going to create a sense of community,” he said. “They’re going to learn all kinds of life skills, and we’re really excited about that.”

The new dorms sit in the southwest part of campus, northwest of the Kennedy Center. A $3 million dining hall is also on the way and will be just south of the new residence hall. It's expected to be ready in around three weeks.

In May, officials broke ground on a $19-million multidisciplinary building to the east that will include classrooms, health and science labs as well as a multi-functional room that can be used for many purposes.

Hausmann Construction is building the facility and it’s designed by BVH Architecture and Gould Evans. Construction will be complete by August of 2020.

Do you need to earn your GED? Or maybe just brush up on your reading and language skills? Southeast Community College’s Adult Education progra…

Bob Morgan, SCC’s Beatrice Campus director, speaks to a crowd at SCC on Thursday morning at a ribbon cutting ceremony for a new residence hall. The new building can house around 150 students.

Homestead Hall on Southeast Community College’s Beatrice campus is ready for students after being built earlier this year.