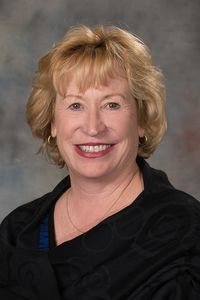 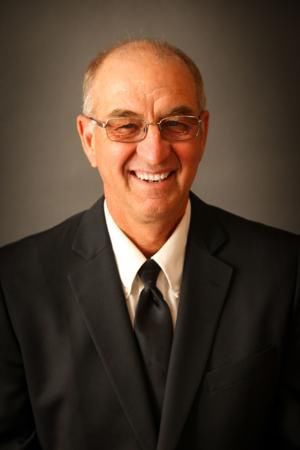 As the Nebraska Legislature prepares to reconvene July 20, a group of state senators plan to debate an amended property tax relief proposal they say continues or even increases school funding.

LB 1106 is a much-amended version of the LB 974 proposal, which had been blocked since Feb. 20 because backers couldn’t show they had 33 votes to overcome an expected filibuster.

Revenue Committee Chairperson Lou Ann Linehan of Elkhorn, the primary architect of the proposal, said the plan is a simplified version of the current school funding formula, the Tax Equity and Educational Opportunities Support Act or TEEOSA bill, which passed in 1990.

She acknowledged that LB 1106 faces particular opposition from Nebraska’s largest school districts, which receive a considerable amount of state aid.

Linehan, along with Senators Myron Dorn, Tom Briese and Tom Brandt toured southeast Nebraska over the past week in hopes of building support and clarification for the bill.

Linehan noted that although she represents a largely urban area including Elkhorn, she is originally from Crab Orchard and attended Lewiston High School, insisting she wants to make sure all rural schools are protected in any scenario.

The estimated three-year impact for Beatrice Public Schools would lower property taxes by roughly 6.59 percent according to information Linehan provided.

BPS Superintendent Jason Alexander said he is concerned about the impact the COVID-19 pandemic will have on those figures.

“I think there’s a lot of work that can be done, and hopefully through honest, transparent communication between school officials and state senators we can get something put together that will deliver true property tax relief and doesn’t necessarily impact public schools in a negative fashion,” Alexander said.

Other state school districts are wary of what might happen to state support for education after the three-year transition period of LB 1106 ends.

District 30 State Senator Myron Dorn said that under LB 1106, if the state doesn’t have enough sales tax revenues to fund schools, districts would still have the ability to rely on property tax or even increase it - in order to have adequate funding.

Dorn said he agrees with LB 1106, noting that Nebraska currently has higher property tax valuations than the surrounding states.

A University of Nebraska-Lincoln article from July 2019 states that Nebraska property taxes are the tenth highest in the U.S., and account for 38% of total state and local tax collections. Sixty percent of those property taxes go to K-12 education funding, with state school aid being the second-lowest in the U.S.

Linehan said the previous proposal, LB 974, had 28 proponents on the floor in February.

It takes 25 votes of the 49 state senators to advance or pass a bill, but in recent years filibusters have affected the Legislature’s most controversial bills. To overcome a filibuster requires 33 votes, or two-thirds of the body.

Brandt noted that Omaha public schools receive over $300 million in state aid while many schools in his district such as Tri County and Diller-Odell receive little despite paying high amounts of tax on ag land.

"The time has come for us to step up," Brandt said. "Within four years we could be looking at a 25% reduction in property taxes (with LB 1106)."

Dorn explained that a key component of the bill is Nebraska's overall economy remaining strong.

"We're going to need to the state to continue to grow," Dorn said. "Over 30 years Nebraska has shown a little over 4% growth each year and we only grow the budget by 3%. The fear is that the Legislature won't live up to its promise. We need schools to trust us on this."

"We depend too much on property taxes for education in Nebraska," Linehan said. "This will bring property taxes down and provide more aid for schools. This is not using one-time money, the state can afford this plan."

Southeast Community College will start the fall semester on Aug. 24, 2020, as originally planned.

Homestead National Monument of America, Nicodemus National Historic Site, and the University of Nebraska announce completion of a study called…

The city of Beatrice transitioned into phase three of the Directed Health Measure this week, which further eases restrictions on public gather…

The garden project at Paddock Elementary is usually a project during after-school and summer school, but several organizations continue to wor…

A member of the mollusk family once abundant is now federally threatened in the Midwest, and members of the Homestead National Monument of Ame…

With many factors of COVID-19 still unknown, schools across the world are trying to finalize plans and create alternatives for the 2020-2021 s…

From “Snow White” to “Through the Looking-Glass, and What Alice Found There” and even the Harry Potter series, many children’s stories feature…

Purchases of big, bright and booming displays of American patriotism, otherwise known as fireworks, are legal in Beatrice from July 1-4.

Temperature highs are expected to range from 88-92 degrees in Beatrice into next week, leaving children and families to find ways to beat the heat.