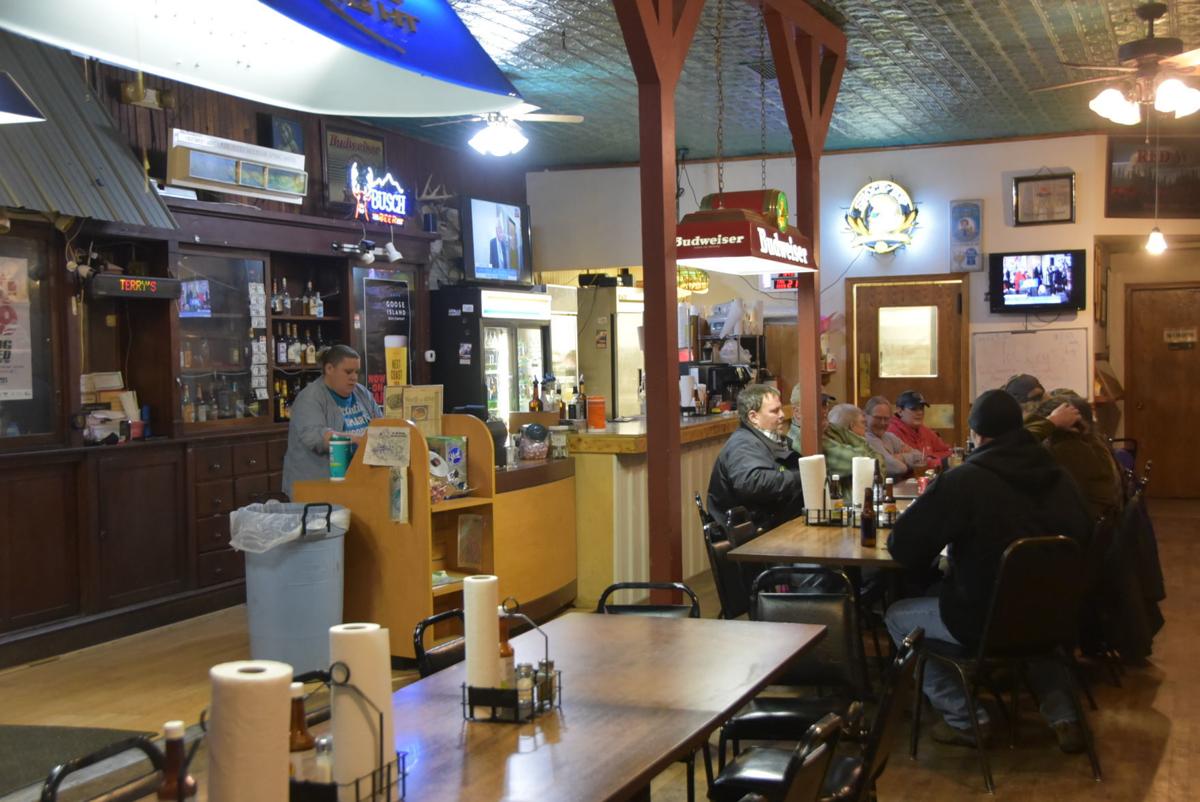 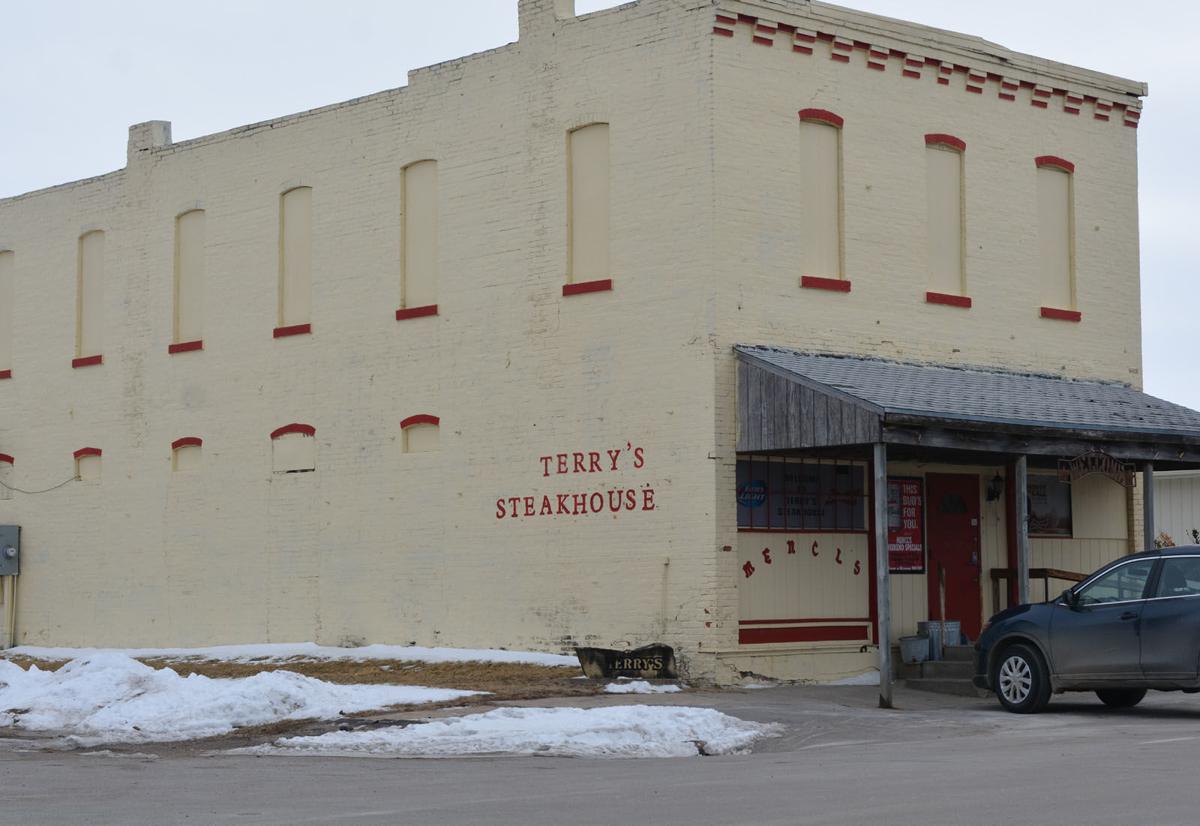 The sign on the building says Terry's Steakhouse while others know the bar in Virginia as Mencl's Tavern. Either way, the local watering hole is a popular place for steaks and other dishes to those in surrounding communities. 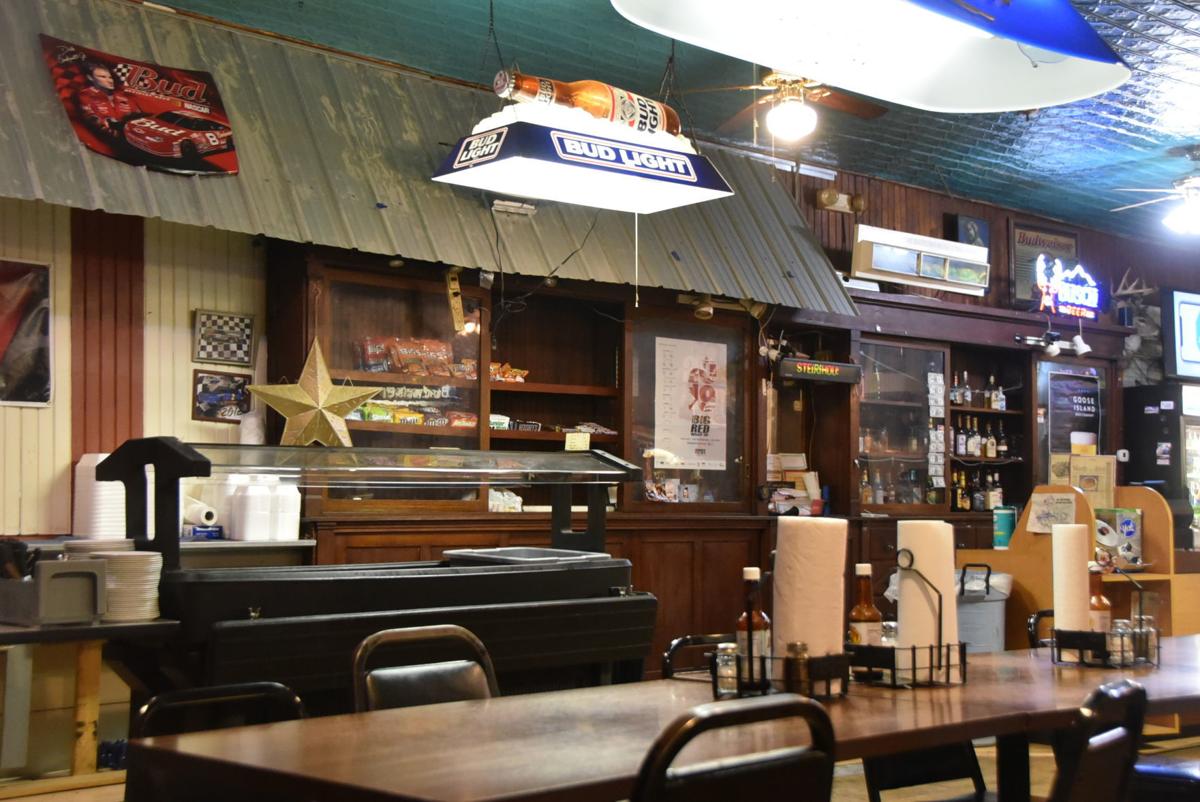 The interior of Mencl’s Tavern features a variety of seating and bar options.

It’s a family-owned restaurant with two names, and a Virginia staple for over 75 years.

Located at 200 Fourth Street, Terry's Steakhouse has been owned by husband and wife duo Terry and Kay Mencl since 1992.

For roughly 45 years before that, the steakhouse went by the name of Mencl’s Tavern, and was owned by Terry’s uncle, Johnny.

Mencl said his uncle wanted to open the tavern after leaving the Navy. Johnny passed away a few years ago, and Mencl said he does not know why Virginia – with a population of 58 according to the 2017 U.S. Census Bureau – was chosen as the area to start his business.

Mencl enjoys the small-town feel, though. He said he grew up helping his mother work at the tavern, and when Johnny retired, he was the first to be offered to buy it.

“We’re just out here, just a family, and that’s what we do,” Mencl said.

The tavern’s name is still on the building, and neon beer signs decorate the interior, but Mencl said he’s changed he’s moved away from the bar environment that it once was.

“I still have the drinks, but I went more the family-style with food and all of that stuff,” Mencl said.

Mencl was the first to serve food there, with the steakhouse’s menu boasting a soup, salad and dessert bar, chicken, ribs, and of course steaks.

“There’s not too many places that do steaks on a char system… My grill is an infrared char broil that really makes good steaks,” Mencl said.

Mencl said that mid-priced, char system steak brings in people from all over Nebraska.

He explained that he likes to keep a lower profile, though, focusing on the restaurant and catering over competing for awards.

Based on the leg’s success, Mencl said they may start doing Taco Tuesdays, as well.

More information about the restaurant can be found by searching Terry’s Steakhouse or Mencl Tavern on Facebook.

Members of the Gage County and surrounding communities have found a workout partner and therapy aid from an unlikely source: goats.

It’s an Industrial Park powerhouse that employs roughly 200 people from Gage County and surrounding areas, and next year will mark its 40th ye…

What was once a RadioShack has now become a Beatrice hotspot for weddings and other events.

The sign on the building says Terry's Steakhouse while others know the bar in Virginia as Mencl's Tavern. Either way, the local watering hole is a popular place for steaks and other dishes to those in surrounding communities.

The interior of Mencl’s Tavern features a variety of seating and bar options.