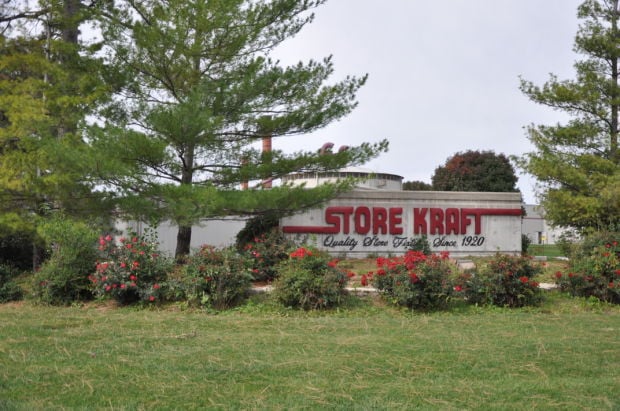 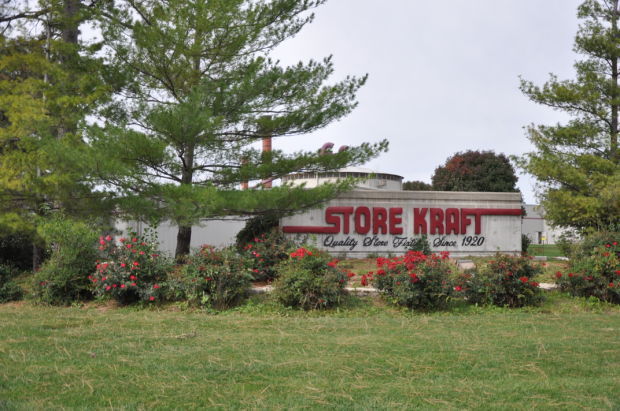 Store Kraft employees were caught off guard Monday when officials announced the company is “winding down” operations after nearly 100 years in business.

Approximately 100 employees were notified Monday morning they would no longer have jobs by the end of the day.

Cindy Nevaril-Buss, who worked in the final assembly area of Store Kraft, said many employees were caught off guard by the news, which she said was sprung on the workers during a meeting late Monday morning.

“We have a production meeting every Monday at 9 o’clock,” she explained. “One of the employees asked about it because the rumors were floating for weeks. When (the supervisor) got asked that question, he said ‘What we need to do is really put our nose to the grindstone and be more efficient.’”

Nevaril-Buss said a second meeting was held at 11:10 a.m. where employees were notified the vast majority were being laid off, effective that day. A select few were asked to stay with the company for a few extra weeks, but many were blind-sided despite signs of trouble.

“We knew something was going on, but every time we tried to clarify something they played dumb,” Nevaril-Buss said. “Leave us in the dark, that’s all they did. There were people crying, and all those people that you work with are wonderful.”

She added Store Kraft was her first factory job, and her only plans for the immediate future are to spend time with her grandson.

Kalli Bannoord worked at Store Kraft for more than a year and said she was optimistic for the company’s future.

“It had its problems, but I thought maybe we could clean it up,” she said. “I guess that’s not going to happen anymore. There were lots of hugs and crying. I could see it coming. I have spoken to a lot of people that were there 40-plus years who said it just isn’t what it used to be. It’s sad to see it go out of business after 100 years. It’s a part of Beatrice history, and now it’s gone.”

Store Kraft Manufacturing was started by William B. Morton in 1920 as a manufacturer of display cases, but in recent years shifted focus to electronic kiosks.

According to a press release from the company, Store Kraft struggled to maintain profitable operations since the economic downturn in 2008. Online sales were also cited as being detrimental to the demand for retail fixture products Store Kraft produces.

Store Kraft was unable to return to its pre-2009 sales volume and experienced losses yearly since that period, and is now unable to receive financing to move the business forward.

The press release stated officials made efforts to secure alternative funding through an outside investor, selling the business or consolidating with another business. These attempts were unsuccessful.

McClure said the announcement is a difficult one for Beatrice.

“It’s just really disappointing news,” she said. “Store Kraft has a long, great history in Beatrice. There were lots of folks working there through the years.”

Karen Stohs, with the Nebraska Department of Labor, said she's working to coordinate a meeting for the employees to discuss their options and available resources next week.

In May, the Beatrice City Council voted to give Store Kraft a $252,500 community development block grant.

The grant is state funded and earmarked for job creation or retention. The funds were to be paid back to the City and go into a revolving loan fund.

Mayor Dennis Schuster said the City is unlikely to see a return on the loan.

“Essentially, that money’s gone,” Schuster said. "If they’re closed up and there isn’t a purchaser for the company, we were so low on list we’ll see nothing.”

He added the company’s financial issues haven’t been difficult to spot.

“We of course realized that Store Kraft has been struggling the last couple years,” Schuster said. “We were hopeful that they would turn around, maintain their jobs and hopefully grow out of their problems. Unfortunately that was not meant to be.”

Schact announced in February that around 30 Store Kraft workers would be unemployed for around a month as the company entered a slow period early this year.

Store Kraft’s employment peaked during the early 1940s when it shifted production from cabinets to components for UC-78 airplane during World War II. Most of the companies 400 employees during the era were women, as many of the men were fighting overseas.

While the building stands as it did in 1920 there have been renovations and additions to it.

Major additions were made to the building numerous times, with the largest being in 1992 when the finishing department was added, bringing the once 275,000 sq. foot building up to 450,000 sq. feet.

End of an era

With the online auction over, the final items in Store Kraft are being removed during the next few days.