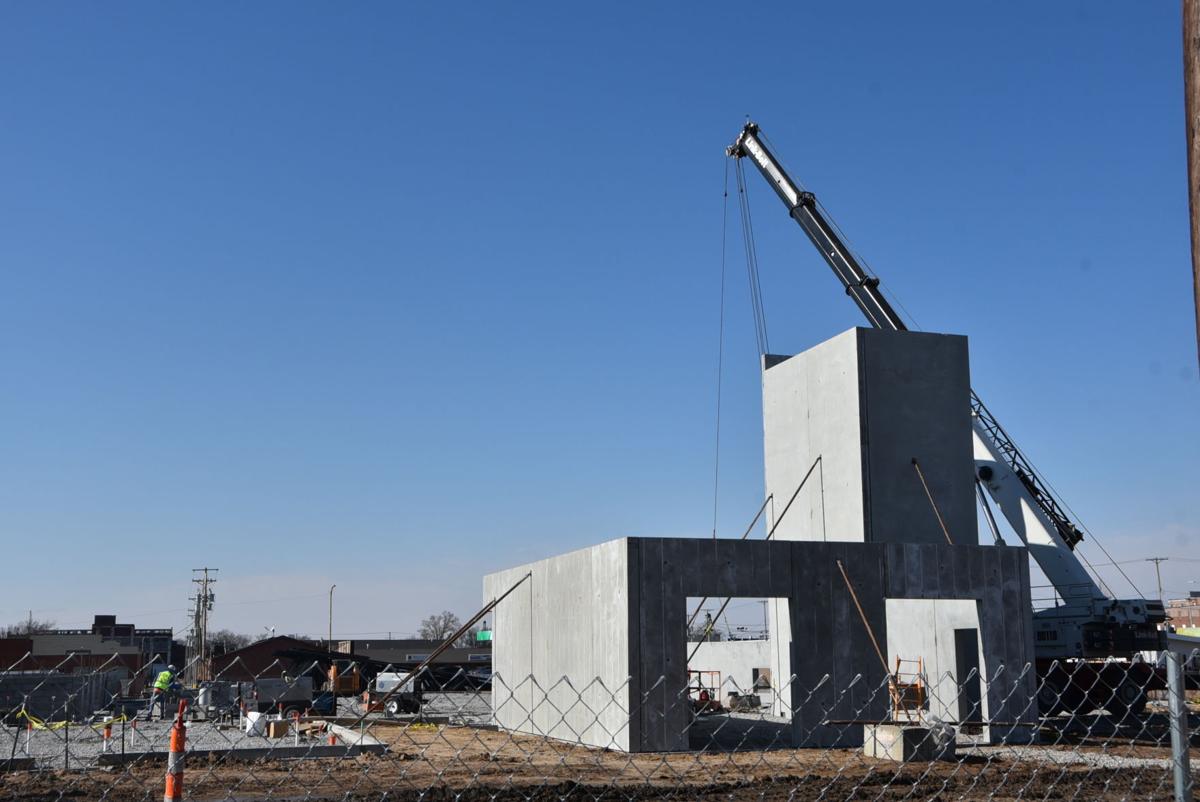 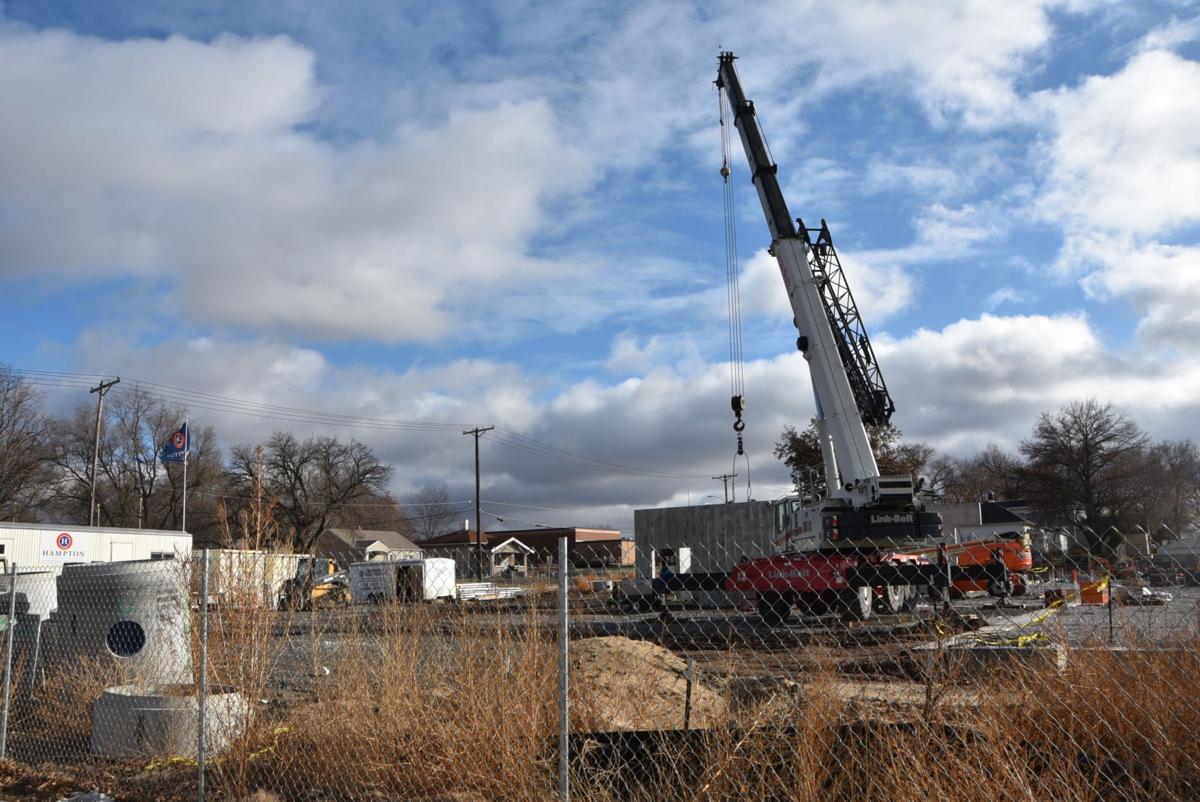 Several walls have been installed at the site compared to earlier in the week. City administrator Tobias Tempelmeyer said the walls are precast and being delivered from Omaha, and that the workers are hoping to complete four a day.

Progress on the new Beatrice Fire and Rescue building has expanded upward, as construction workers have started installing walls this week.

“I think they’re hoping to have the floors poured by Thanksgiving, and tresses will go up the first week of December,” Tempelmeyer said.

During an October City Council meeting, Tempelmeyer said the walls would be installed the last week of the month. He said he does not know what caused the roughly two-week delay.

“If it was the crane getting late getting here, or if the contractor didn’t have it built, I don’t know,” Tempelmeyer said. “As of right now, things are still moving along. I think there was some flexibility built into the schedule, but they’re still looking to deliver the product in September of 2021, as contracted.”

Tempelmeyer said the walls are precast and being delivered from Omaha, and that the workers are hoping to complete four a day.

Plans for a new station goes back years, and were prompted largely by a lack of space in the current station located on the lower level of the city auditorium.

In 1965, when Beatrice Fire and Rescue moved into the auditorium, the department had five vehicles to store in the building. Today, there are 14 vehicles and a trailer in the auditorium, with two more trailers outside.

During the groundbreaking video, which was held mostly online due to COVID-19, Beatrice Mayor Stan Wirth noted that this is the first time the station will have a building with infrastructure meant for them, as the station has previously only been in locations that were already built.

It’s been two full days since the Beatrice Board of Health enacted a mask mandate for the city, and local business owners have different thoug…

Beatrice is still scheduled to have beautifully lit holiday displays downtown this year, just in a different way than the community has seen before.

Several walls have been installed at the site compared to earlier in the week. City administrator Tobias Tempelmeyer said the walls are precast and being delivered from Omaha, and that the workers are hoping to complete four a day.