HARRISBURG — In bone-dry Banner County, clouds of dirt drift into the sky as rumbling tractors till the sun-baked soil.

“We get very little rain,” said Jim Young, standing in a field that’s been in his family for 80 years. “And we get a lot of wind.”

Some of the country’s best wind, in fact.

This county of just 625 people stood poised to become home to as many as 300 wind turbines.

It would have been the largest wind project in the state, bringing in money for landowners, developers, the county and local schools.

But then, a roadblock: The U.S. Air Force.

Under the dusty fields are dozens of nuclear missiles housed in silos more than 100 feet underground.

For decades, tall structures such as wind turbines needed to be at least a quarter-mile from the missile silos. Earlier this year, the military changed its policy.

Now turbines can’t be within 2 nautical miles of the silos. The switch ruled out acres of land energy companies had leased — and wrested a potential windfall from dozens of farmers.

The stalled Banner County project is unique, but it’s one more way that Nebraska struggles to harness its main renewable energy resource.

Nebraska ranks eighth in the country in potential wind energy, according to the federal government. It continues to lag behind neighbors Colorado, Kansas and Iowa, all of whom are national leaders.

The Banner County projects would have grown Nebraska’s wind capacity by 25%. It’s now unclear how many turbines will be possible because of the rule change.

John Jones was driving his tractor when helicopters suddenly whizzed overhead. His tractor had kicked up enough dust to trigger a missile silo’s motion detectors.

Jeeps sped up. Armed men jumped out to inspect the threat.

Banner County residents have coexisted with the missile silos since the 1960s. To keep up with Soviet nuclear technology, the U.S. planted hundreds of missiles, positioning them to shoot over the North Pole and into the Soviet Union at a moment’s notice.

“If we ever get bombed, they say this is the first place they’re going to bomb, because of the silos,” said farmer Tom May.

Every acre of May’s property sits within the 2 miles of a missile silo, he said. Under the new Air Force rule, he can’t put a single wind turbine on his ground.

Sixteen years ago, wind turbine developers held a meeting at the school in Harrisburg.

Banner County had what developers called “world-class wind.” Many landowners were eager — they could make $15,000 per turbine per year. The turbines would also pump money into the county and school system, said county officials.

“In Banner County, it would have reduced property taxes to damn near nothing,” Young said they were told.

But discussions with the military starting in 2019 brought the projects to a screeching halt.

Wind turbines pose a “significant flight safety hazard,” an Air Force spokesman said in an email. Those turbines didn’t exist when the silos were built. Now that they dot the rural landscape, the Air Force said it needed to reevaluate its setback rules. The final number it settled on was 2 nautical miles — 2.3 miles on land — so helicopters wouldn’t crash.

In May, military officials traveled from Wyoming’s F.E. Warren Air Force Base to break the news to landowners. On an overhead projector at Kimball’s Sagebrush Restaurant, they showed enlarged photos of what helicopter pilots see when flying near turbines in a snowstorm.

For most landowners, the news came as a gut punch. They said they support national security and keeping service members safe. But they wonder: Is eight times as much distance necessary?

“They don’t own that land. But all of a sudden, they have the power to strike the whole thing down, telling us what we can and can’t do,” Jones said.

“When you can land a helicopter on top of any hospital in the country, they’re saying that this is too close,” he said, pointing to a nearby missile silo and a distant tower less than 2 miles away. “Now you know why we’re pissed, right?”

Nebraska built its first wind turbines in 1998 — two towers west of Springview. Installed by the Nebraska Public Power District, the pair were a test run.

Iowa had been promoting wind energy since the early 1980s. By 2010, Nebraska was 25th in the country at producing wind-generated power — the bottom of the pack among windy Great Plains states.

The reasons fueling the lag were uniquely Nebraskan. Nebraska is the only state served entirely by publicly owned utilities, mandated to deliver the cheapest electricity possible.

A decade of legislation helped change that calculus. Public utilities were allowed to buy power from private wind developers. A state law diverted taxes back to the county and school district — the reason the Banner County wind farms may have shrunk taxes.

Now, Nebraska has enough wind turbines to generate 3,216 megawatts, moving to 15th in the nation.

The biggest obstacle now may be Nebraskans who simply don’t want turbines.

“The first thing we heard out of everyone’s mouth was how, ‘We don’t want those damn wind turbines next to our place,’” Baker said, describing visits with Brewer’s Sandhills constituents. “Wind energy tears apart the fabric of communities. You have a family that benefits from it, wants it, but everybody that neighbors them doesn’t.”

John Hansen, president of the Nebraska Farmers Union, said pushback comes from a loud minority. Eighty percent of rural Nebraskans thought more should be done to develop wind and solar energy, according to a 2015 University of Nebraska-Lincoln poll.

“It’s that NIMBY problem,” Hansen said, using the acronym meaning, “Not in My Backyard.” It’s, “‘I’m not against wind energy, I just don’t want it in my area.’ Their goal is to make sure that no project gets built, period.”

For Nebraska towns facing shrinking populations, wind turbines can mean economic opportunity, Hansen said. In Petersburg, the influx of workers after a wind farm was built led a failing grocery store to instead build a second location, he said. It’s the equivalent of a part-time job for farmers who agree to turbines.

“It’s like having an oil well on your land without all the pollution,” said Dave Aiken, a UNL ag economics professor. “You’d think it would be a no-brainer.”

The landowners aren’t sure what’s next. Orion said the Air Force decision rules out at least half its planned turbines. It still hopes to have a project running in 2024. Invenergy declined to detail any future plans.

“This resource is just there, ready to be used,” said Brady Jones, John Jones’ son. “How do we walk away from that? At a time when we’re passing legislation that would vastly increase investment in wind energy in this country? That energy’s got to come from somewhere.”

20 photos to remind you how beautiful Nebraska is

Grasshopper and a bee

“The time to try to correct your system is not after you discover there’s fraud,” the governor said.

Casinos in Nebraska will pay a 20% tax on gambling revenues, of which 70% will go to statewide property tax relief and 25% will go to city and county governments.

Nebraska officials announced Friday that they have chosen three health plans to manage the bulk of the state’s $1.8 billion Medicaid program.

Under Nebraska state law, Secretary of State Bob Evnen is required to host public meetings in each of the state's three congressional districts.

PSC spokeswoman Deb Collins said the commission has received about 200 complaints in the past two years concerning what are called Price Cap Carriers.

Roughly 200 people filled an Omaha conference center Thursday to take in and pitch ideas for $335 million worth of recovery dollars earmarked for underserved areas of the state.

Rep. Mike Flood has called for a U.S. Department of Commerce investigation of the use of Huawei hardware near military installations in Nebraska, including Offutt Air Force Base. 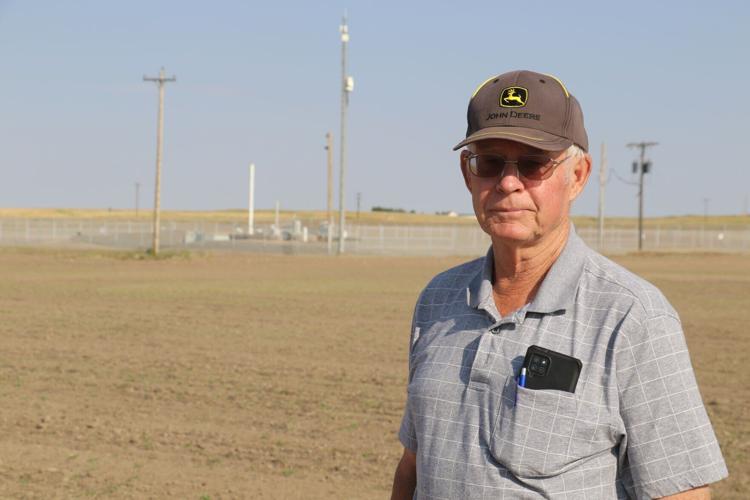 Jim Young stands in front of a missile silo on his land near Harrisburg in Banner County. For 16 years, wind energy companies have tried to build wind turbine projects in the area. Those projects are now in jeopardy because of an Air Force rule change related to the missile silos, which hold nuclear weapons. 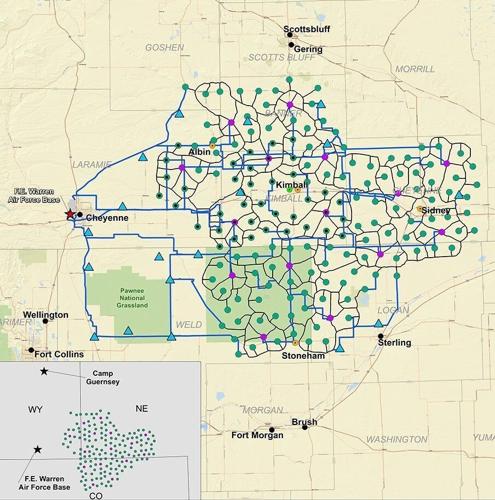 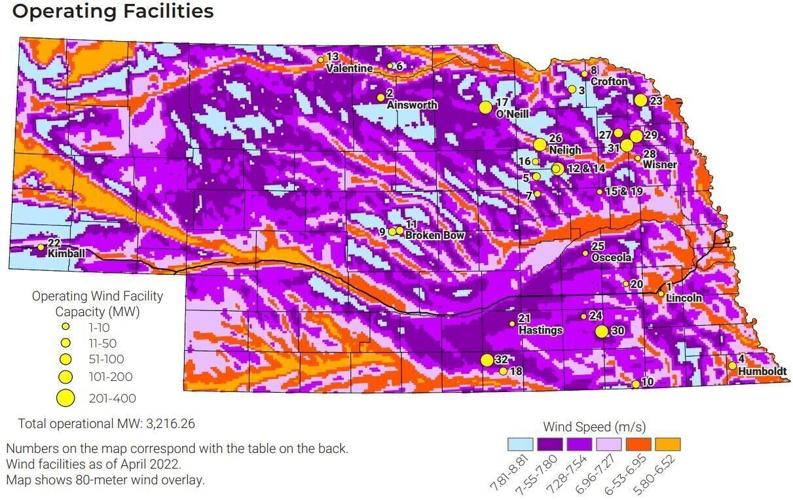 A map of wind facilities in Nebraska shows wind speeds throughout the state. The dark purple band cutting Banner County in half indicates where the two wind projects would have gone. 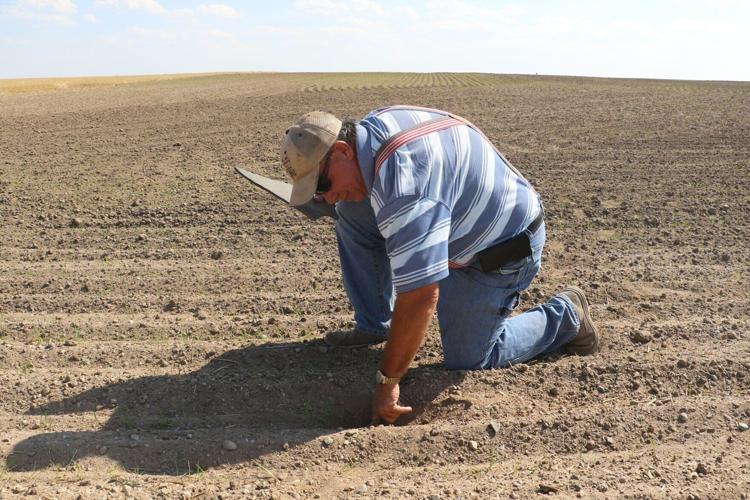 Tom May examines the growth of his recently planted wheat. May, who has been farming in Banner County for more than 40 years, says his wheat has never been as impacted by drought conditions as it is this year. May, who had contracted with wind energy companies to allow wind turbines to be placed on his ground, says that an Air Force rule change now won’t allow a single wind turbine on his land. 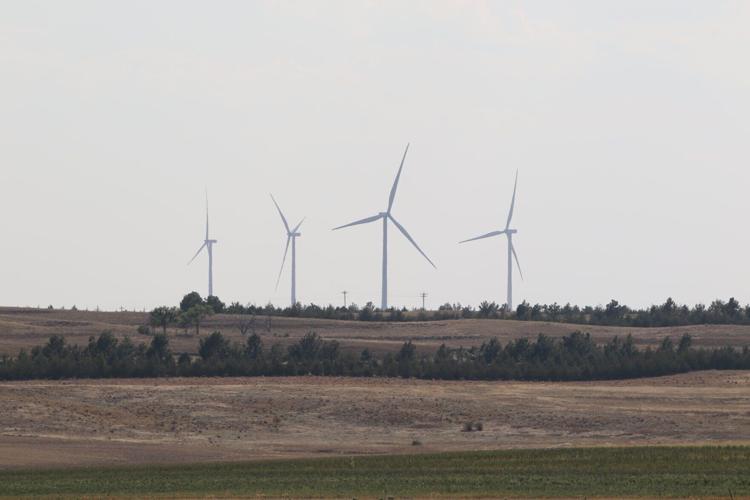 Many wind turbines can be found in Kimball County. That area of Nebraska is one of the best places in the United States for consistent, high-speed winds, energy experts say. 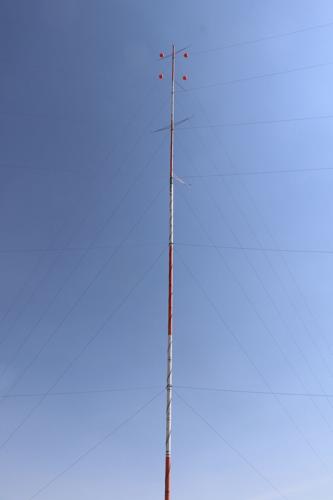 One of the meteorological towers set up by energy companies in Banner County to study the potential energy a turbine placed in the area would create. The county, home to just 625 people, was once poised to hold as many as 300 wind turbines. 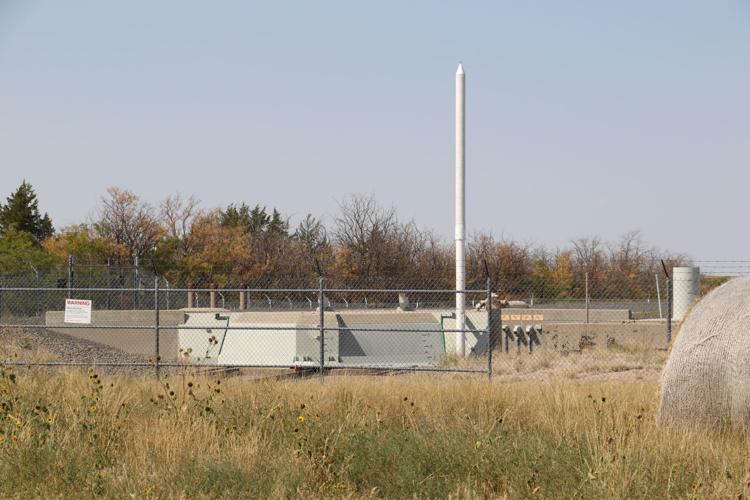 One of many missile silos located in Banner County. Many of the silos are arranged in a grid pattern and spaced roughly 6 miles apart. Placed here during the 1960s, the Air Force silos, which house nuclear weapons, are now hampering a massive wind energy project.