Subscribe
Read Today's E-Edition
Share This
'It's been a good ride' — They met on the Lincoln Air Force Base, but stayed brothers for life
0 Comments
Share this
ZACH HAMMACK Lincoln Journal Star

ASHLAND — The last time John Edson and his friends stepped foot into the fuselage of a KC-97 tanker plane was on the eve of possible destruction.

In 1962, the 98th Air Refueling Wing had been called to the tropical climes of the Azores for a temporary assignment. Along for the trans-Atlantic trip were technicians — including Edson — who serviced the engines of the KC-97s as part of the 98th Field Maintenance Squadron stationed at Lincoln Air Force Base.

It was supposed to be a routine tour — 120 days in paradise. On the way there, the crew played cards on the fuselage floor.

Then came the Cuban Missile Crisis.

“We found ourselves sitting on a rock in the middle of the Atlantic when the whole world was in an uproar about the Russians bringing atomic weapons to Cuba,” Edson said.

Suddenly, the crews of the KC-97s, and the B-47s in the 98th Bomb Wing they refueled, were thrust into action. One of their tasks was to search the ocean for Soviet ships.

The Cold War tensions eventually eased. The heated arms race cooled. The 35 or so technicians returned to Lincoln and then either stayed or scattered across the country — to Texas and Ohio and Minnesota and beyond.

They married and had kids and worked at airplane factories or grain mills.

And they stayed in touch.

The technicians' first reunion was in 1975, but they didn't start meeting annually until 2002. They would go to Seattle, Alaska, Colorado — and Lincoln, of course.

But as the years went on, the ranks dwindled. Today, there are 10 left from the 98th Field Maintenance Squadron’s Reciprocating Engine Shop.

And this year’s reunion — where for the first time since that trip to the Azores 60 years ago, they stepped into the belly of a KC-97 at the Strategic Air Command & Aerospace Museum — could very well be their last.

“It’s pretty much the end of the road for us,” said Chuck Dehne of Houston. “But it’s been a good ride.”

'We were all just teenagers'

The Greyhound bus dropped off the young man from St. Petersburg, Florida, across the street from the Cornhusker Hotel in the October sleet.

The first thought John Edson had was how he was going to get out of Lincoln. He’d been assigned to the reciprocating engine shop at the city's burgeoning Air Force Base.

Edson had just graduated high school in 1960 and enlisted in the Air Force to see the world, not Nebraska. All he knew was that Lincoln was the state capital and Charles Starkweather had lived there.

Chuck Dehne was stationed on the base for three years after going to tech school in Wichita Falls, Texas. He worked mainly on the engines of H-19 helicopters that supported missile silo sites throughout the state.

His eventual wife, Kathie, didn’t know where Lincoln was.

“When I called her, I told her, ‘Well I got my orders, I’m going to Nebraska, and she said ‘Oh, you’re going overseas,’” he said with a laugh.

But soon the unlikely band of technicians warmed up to Lincoln and each other, working on the engines of the bulky, propeller-powered KC-97s that were commissioned in the 1950s to support the 100 or so B-47 bombers stationed in Lincoln.

“We were all just teenagers when we came to Lincoln,” Edson said. “We depended on each other for virtually everything.”

They’d play cards on the base at night or head downtown, drawn by the allure of O Street. G.I.s could wait at the base's main gate and — in less than 10 minutes — could get dropped off at Ninth and O streets and head to Gold’s or Miller & Paine.

Those lucky enough to have cars would take trips to Linoma Beach near Ashland or Marysville, Kansas, where they could legally sip 3.2% beer. Edson bought his own car, a 1951 Mercury, for $100 from a used car lot.

Many found jobs on the side at businesses that were more than happy to hire air base personnel, like Abel Construction and U-Save gas stations.

And that kid from St. Petersburg who wanted nothing more than to leave Lincoln began to call it home.

'They had a big role'

As the Cold War heated up, the Lincoln Air Force Base was activated in February 1954 as an extension of the Strategic Air Command in Bellevue.

The first major aircraft to land on its runways was the KC-97.

A descendant of the B-29 bomber, the large tanker planes — part of the 98th and 307th Air Refueling Squadrons based in Lincoln — could lug thousands of gallons of fuel to resupply B-47 jets mid-air.

Soon, the base was buzzing with thousands of servicemen, including highly specialized technicians to service practically every facet of the planes, from the landing gear to the engines.

The first members of the 98th Field Maintenance Squadron arrived in 1958, living in the barracks — two to a room — or off base.

Perhaps the biggest role they played was in 1962, when the Soviet Union deployed ballistic missiles to Cuba.

"They had a big role searching for Soviet ships, and these guys were supporting that," said Rob Branting, a Lincoln Air Force Base historian who recently wrote a book on the airfield.

By the next year, the 98th Air Refueling Squadron was deactivated, but the KC-97s stayed on until 1965, according to Branting. The Air National Guard continued to fly the planes into the 1970s before the KC-97s were phased out altogether.

The last of the engine shop techs left in 1964, two years before Lincoln Air Force Base was shuttered, but three of the guys — Jim Finnell, George Skorohod and Edson — stayed in Lincoln.

Finnell, a native of Cape Girardeau, Missouri, went to work for the University of Nebraska-Lincoln for a time before finding a job at Gooch Milling and Elevator — now ADM Milling —  where he stayed for 35 years.

"I liked it here," Finnell said. "I never even dreamt of going back to my hometown."

Most from the shop returned home or found work in other cities. Dehne went to work as a mechanic for American Airlines — first in his hometown of Buffalo, New York, and then in Houston, where he still lives.

But whether they stayed or left, their time on the base remained with them.

"It was the place where the brotherhood was formed," Dehne said.

It was also the place where the men and their spouses started families, where their children were born.

"They went home to Toledo and Minneapolis, etc., but forever more on the birth certificate, it said (St. Elizabeth's) or Bryan hospital," Edson said. "And none of them have ever forgot that."

'It's been really fun'

Larry Mau was the man behind the first reunion.

The Toledo, Ohio, native had located a former engine shop buddy online nearly 40 years after they had all dispersed.

He continued researching for a couple of years and organized the first meetup of the crew and their spouses in Lincoln in 2002.

The men had gotten together in 1975 — not long after the Air Force Base closed — but not in the intervening years.

"The conversation didn't stop for three days," Edson wrote in an editorial for the Journal Star not long after the 2002 reunion.

Thus began the string of annual reunions that was only interrupted once — by the pandemic in 2020.

They were in Lincoln a few times. It was a central location where everyone could meet. Otherwise, they traveled to Seattle, Texas, Alaska, Colorado and Missouri.

"It's been really fun," said Judi Schleicher, whose husband, Don Schleicher, served on the base. "The numbers have dwindled, of course. Many are not able to travel or have passed on, but we keep hanging in there."

Last week, the remaining members of the engine shop and their spouses came to Mahoney State Park for what Edson says could be their last reunion.

It was a week of sharing old stories. They made a trip to Fremont to check out some hot rods. Nearly everyone in the group is a gearhead.

And Wednesday, they rolled up to the SAC Museum for a tour and a chance to step back in time.

As they walked through the narrow, dark fuselage of the KC-97, they recalled that trip to the Azores in 1962.

The men pointed out the hollow at the back of the plane where the boom to refuel the bombers was located. The tanks that lined the walls and the benches where they sat.

It was just as they remembered it.

But in the end, they weren't here for the plane. As engine techs, they rarely ever got a chance to climb aboard them anyway.

They were here for each other, just as they had been on the Air Force Base.

"You don't forget those people," Edson said. "They're brothers in every sense of the word."

Skydiving victim was in Nebraska for a wedding; FAA investigation won’t determine what happened after jump

Will Seale's funeral is Saturday in Pensacola, Florida, where he was planning to buy a farm with his fiance.

Three young children — the shooter's two children and the victim's son — were in the apartment when he killed another man.

The Archdiocese of Omaha's gender-identity policies, which sparked blowback and have been paused, adhered to church teachings. A national LGBTQ advocate says it's time for those teachings to change.

Apartment buildings, houses, and even commercial spaces have been given new life thanks to the work of Luke and Seth Flowerday, brothers with a passion for historical restoration and carpentry.

The bus carrying students from Chase County Schools was attempting to turn when it collided with a semi pulling a grain trailer northwest of Champion.

After the teen broke up with the Texas man in April, he refused to delete the images and threatened to "expose" the 17-year-old, police alleged in court records.

Police identify man who was found dead near Fremont

The Dodge County Sheriff's Office has identified the man whose body was found Thursday on the side of a highway near Fremont.

Police said the man was westbound on West O Street when the driver of a Hyundai sedan pulled out in front of the motorcycle near Southwest 20th Street.

A woman from Beemer died Monday after the SUV she was driving left a gravel road and crashed in northeast Nebraska.

Could we eventually go from New York to London in less than 2 hours?

Could we eventually go from New York to London in less than 2 hours? 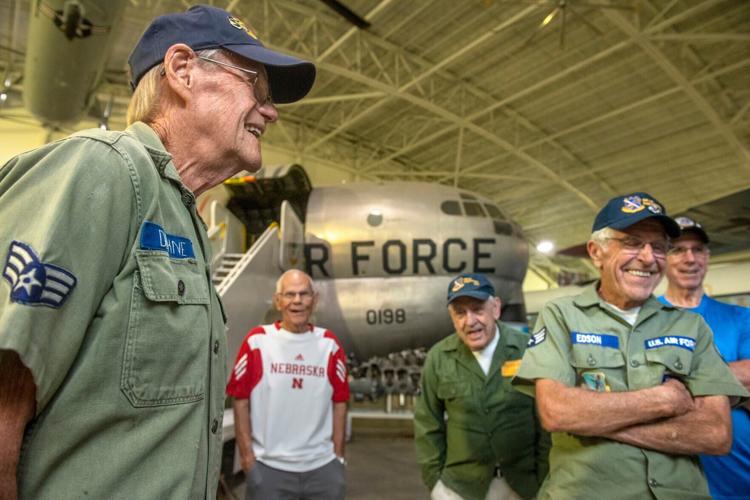 Veterans who were formerly stationed at Lincoln Air Force Base, including Chuck Dehne (from left) of Houston, Larry Mau of Toledo, Ohio, David Paz of Lincoln, John Edson of Lincoln and Dale Windle of Martinsville, Ind., share a laugh as they retell stories in front of a Boeing KC-97G tanker aircraft at the Strategic Air Command & Aerospace Museum near Ashland. 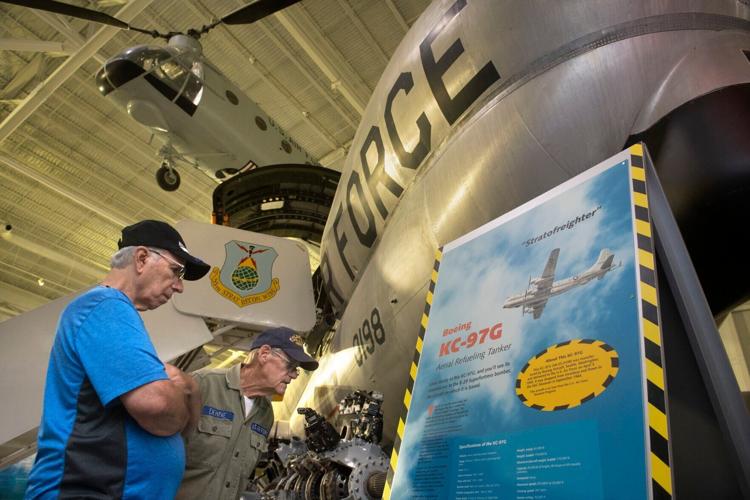 Veterans Dale Windle (left) of Martinsville, Ind., and Chuck Dehne of Houston look at details of a Boeing KC-97G tanker aircraft, the same model they worked on during their time stationed at Lincoln Air Force Base. 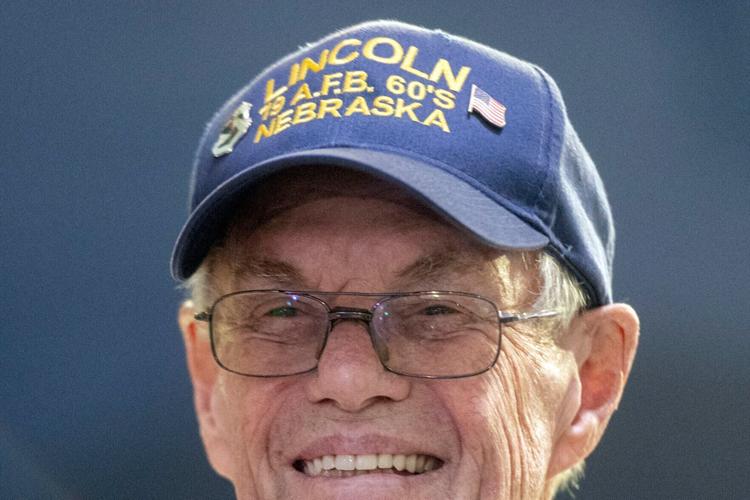 Chuck Dehne of Houston smiles as he talks about his time stationed at the Lincoln Air Force Base on Wednesday. 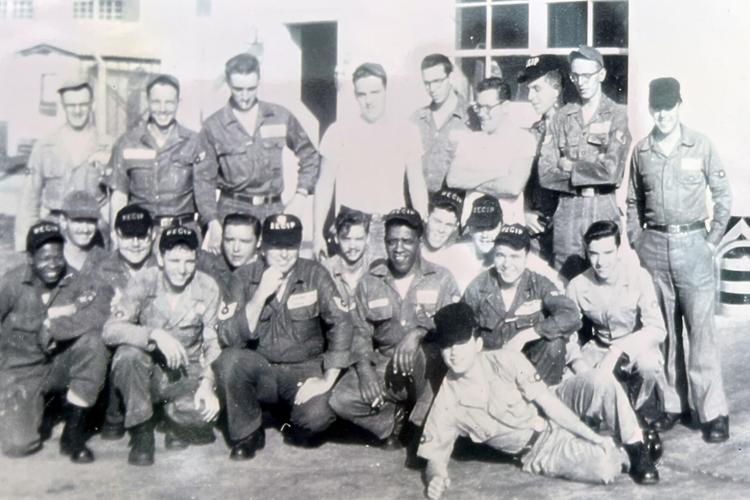