Saints vs. Buccaneers: Follow the latest scores and highlights from the NFL playoffs

Peering into the past: Hand-drawn maps made in the 1800s now available online
View Comments
Share this 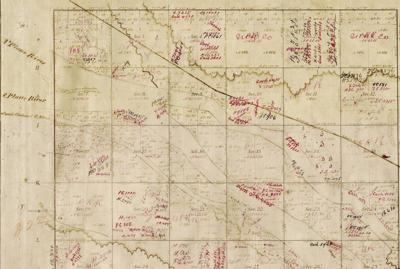 Many of young Nebraska’s most elegant works of art almost never see the light of day.

They’re hand-drawn maps created by mid-1800s surveyors, depicting rivers, creeks and hills, laying out or showing towns and railroads and dividing land for future sale with lines based on their work but visible only on their drawings.

Now Nebraskans can view and print out electronic copies of a rare statewide set of early surveyor’s maps tucked away for decades.

A searchable database offers free access to the maps, which the land office used in granting ownership “patents” to successful homesteaders, first-time buyers of federal land and railroads receiving federal “land grants” for building the Union Pacific and other lines.

They’re important for their historical value, Sherlock said, because most states’ federal land offices threw similar maps away as they closed.

“Those patent plats would have been used up until the time all of Nebraska was patented or all the original (statewide) surveys were completed,” he said.

Nebraska’s patent plat maps had lived in near obscurity in the Lincoln archives of History Nebraska — previously the Nebraska State Historical Society — for at least a century.

They most likely were deposited there by Nebraska pioneer and surveyor Robert Harvey, who had been Nebraska’s first state surveyor for 21 years when he died at age 79 in 1923.

Harvey, a Civil War veteran who homesteaded in 1871 near St. Paul, had been state Oregon Trail Commission president since 1911 and was the State Historical Society’s president in 1921-22.

His 1923 obituary credited him with spearheading the placement of 55 monuments along Nebraska’s stretch of the Oregon Trail.

Over 54 years as a U.P., private and public surveyor, Harvey “had surveyed in almost every county in the state and knew more about the topography than any other person,” the late surveyor Rollin C. Curd of Chadron wrote in his 1999 book “A History of the Boundaries of Nebraska.”

Sherlock, a 1999 Chadron State College graduate who met Curd as a young surveyor, said Harvey apparently managed to save the General Land Office maps and store them for safekeeping.

Even beyond preserving the patent plat maps, “Robert Harvey was the most essential asset to preservation of survey records for Nebraska,” he said. “I think Nebraska was very fortunate to have him be our (office) founder.”

But Sherlock didn’t realize what Harvey had left across town in Lincoln until another surveyor told him about encountering the patent plat maps while doing research at History Nebraska.

When he found them and realized they covered every inch of the state, Sherlock started borrowing five or six maps at a time.

Back at his office, ”I would sit at my desk and scan them,” he said.

History Nebraska has received a full set of Sherlock’s electronic copies of the maps, which are accessible online.

Each map shows every 1-square-mile section within a given north-to-south “township” and east-to-west “range.”

The “range” measurement is tied to the sixth U.S. “principal

meridian,” which runs between 97 and 98 degrees west longitude. It was chosen long ago to govern land surveys in Kansas and Nebraska, which both became territories under the 1854 Kansas-Nebraska Act.

Using these standard coordinates, surveyors in Nebraska established physical markers and drew up land maps between 1854 and 1882.

Besides professionals such as title companies, civil engineers and surveyors, family genealogists can make use of land ownership records to find traces of their ancestors, Sherlock said.

His office’s now-digitized patent plat maps, for example, can be used to help find and download free copies of original land patents from a searchable U.S. Bureau of Land Management website.

They fit within a surveying and mapping tradition visible in maps drawn by the 1803-06 Lewis and Clark Expedition and Capt. John C. Frémont’s 1842 trek that established the classic path of the Oregon Trail.

But as one looks at the patent plat maps’ stylish calligraphy and depictions of streams and hillsides, one also sees an artistry lost in 21st-century computerized mapping.

“Those plats were drawn from handwritten notes,” Sherlock said. “They created them from text. They were creating a picture of the ground for an office that had never been on the ground.”

2020 was a year that will make history, but it was also a year for us to reflect on our own local history. Special projects reporter Todd von Kampen shares some of his favorite stories from this year that highlight our past.

It was an honor to write about Ira L. Bare’s legacy in the centennial year of his two-volume 1920 history of Lincoln County.

This story looks at the homes the Codys owned during their years here and gave readers a look inside the 1930 home on the second Welcome Wigwam site.

We connected Mark Schults of North Platte with the family of the World War II serviceman whose 1944 letter was found on the back of a framed card.

Series on the start of the Hotel Pawnee's renovations

Though work will continue, Jay Mitchell’s early progress thrilled many in our community.

Nebraska towns range in size from one resident (Monowi) to more than 400,000, but these are only the settlements that have withstood the test … 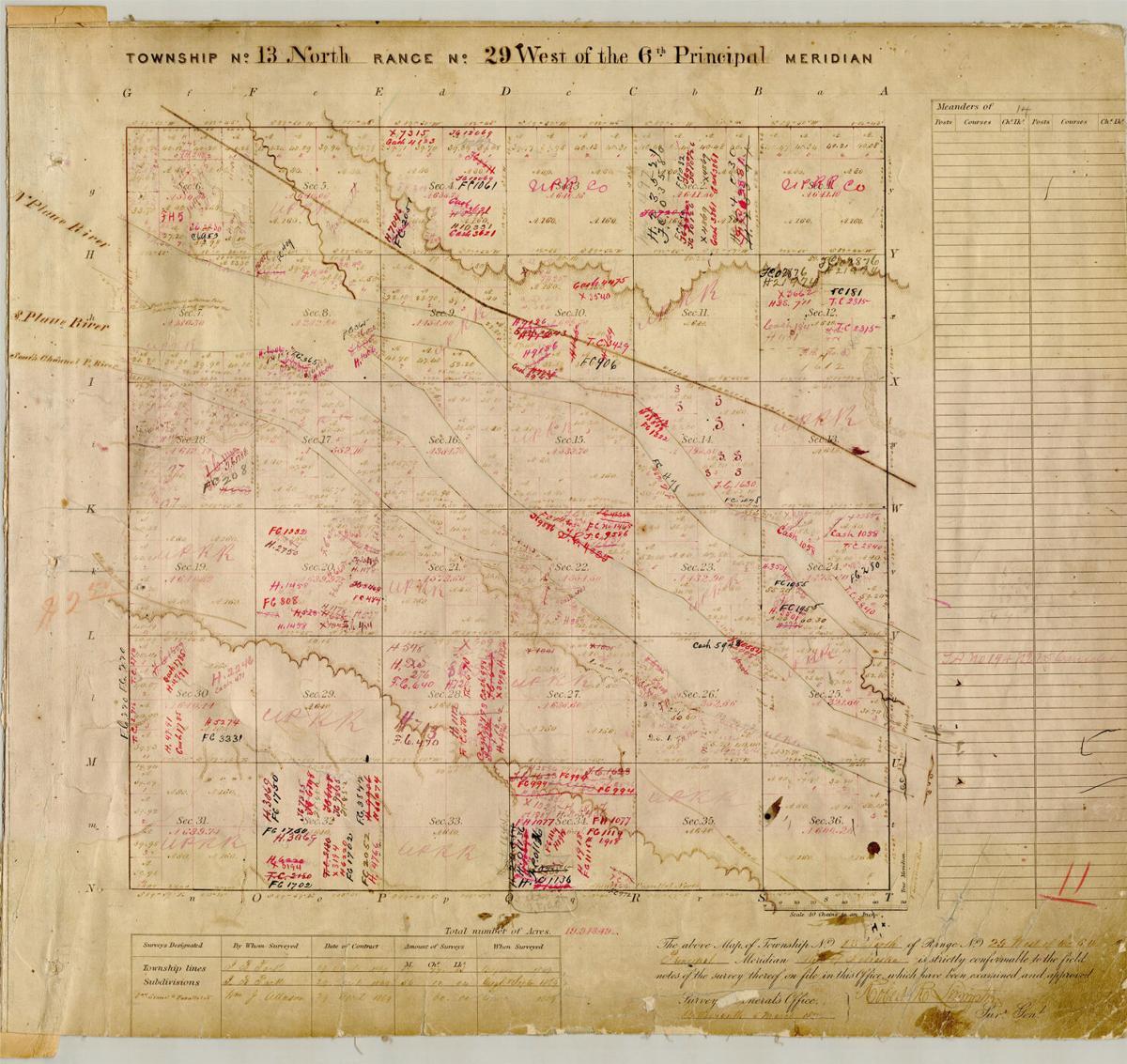 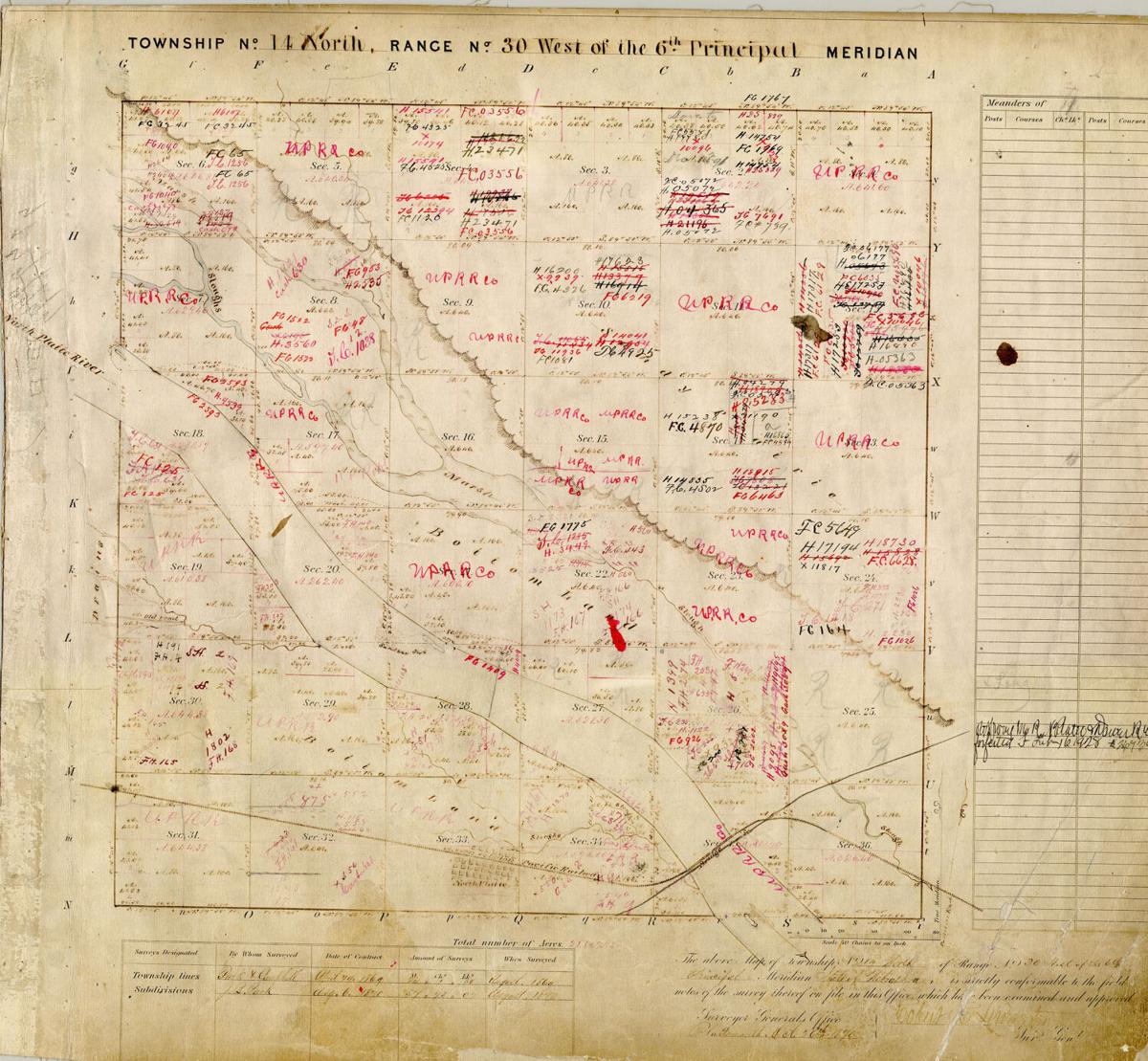 A recently digitized Lincoln County “patent plat” survey map from 1869-70 was used by the U.S. General Land Office in awarding proof-of-ownership land patents to homesteaders or original purchasers of federal land. The map for Township 14 North, Range 30 West, shows the young North Platte toward its bottom. 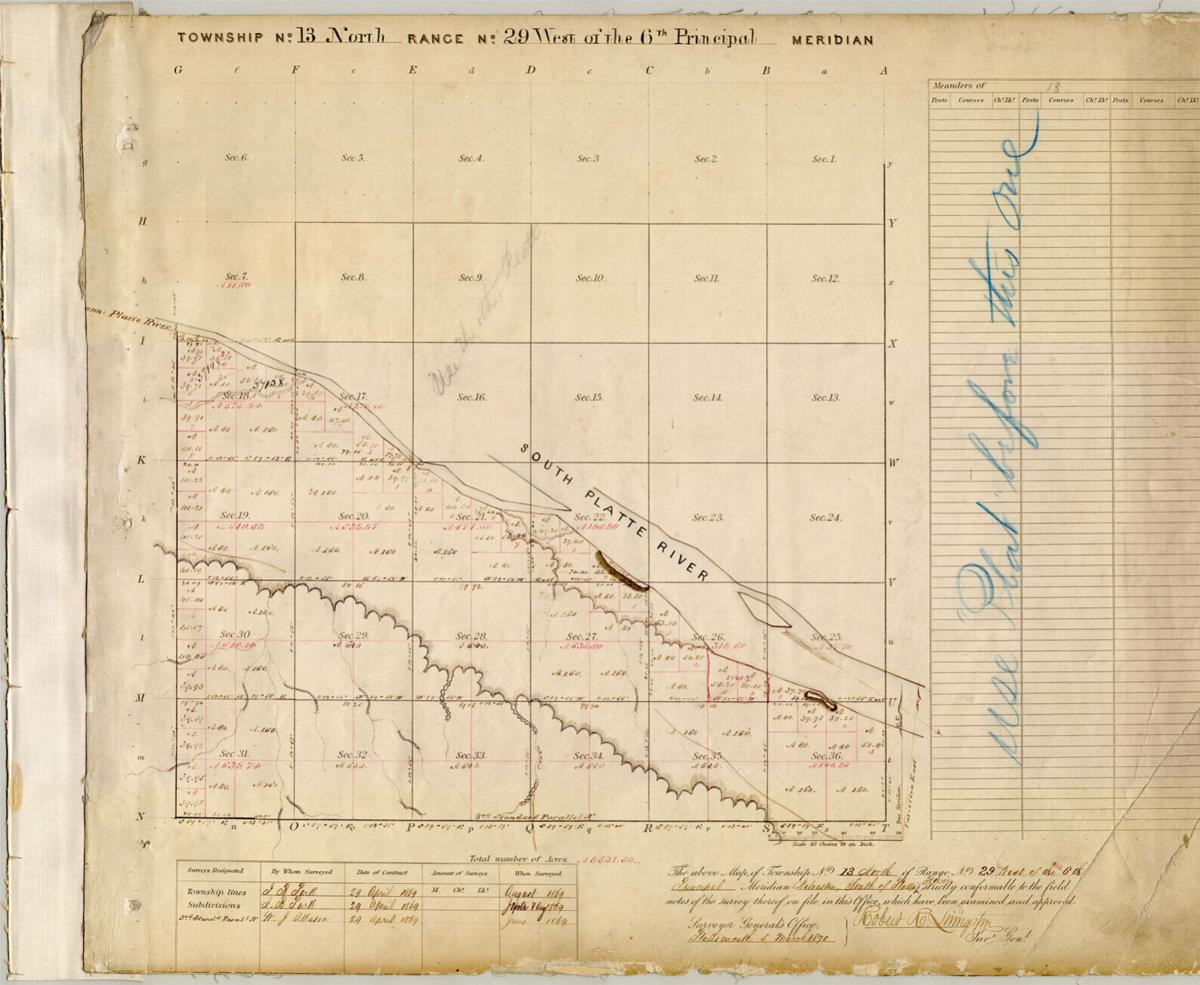