On Wednesday, his family celebrated their loved one’s life at McKown Funeral Home in Columbus. Later that day, Langan was laid to rest next to his other deceased family members at Ss. Patrick/Joseph Cemetery in Platte Center.

Langan enlisted in the Marine Corps two months shy of his 18th birthday to serve his country during World War II in 1942. Around a year later, Langan died during the assault on the island of Betio in the Tarawa atoll. He volunteered to bring water to his fellow soldiers pinned down by gunfire but as he stood up, he was shot by Japanese machine gunfire. He was buried following the combat but his resting spot remained a mystery for decades until a few years ago.

Langan’s family said the ceremony was a culmination of decades of growing up knowing about their late uncle. His family members provided DNA in the hopes of finally tracking down his whereabouts and eventually, the DNA helped identify Langan.

His family members said they were amazed to have Langan’s ceremony.

“It’s been a lingering thing in your mind, feeling in awe of this happening and then it’s here,” Langan’s niece, Theresa Haddad, said.

Relocating Langan’s remains to Nebraska proved to be difficult in part to the COVID-19 pandemic. Just last week his body returned to the United States.

Langan was given a soldier’s funeral complete with a three-volley salute, a performance of taps and Marines transporting the veteran’s casket from the hearse to his final resting spot. Additionally, Marines folded an American flag into a triangle fold before presenting it to Langan’s nephew, Jack, who was named after his late uncle.

The service was quite emotional for Langan’s loved ones.

“It makes me feel a part of his (Langan’s) patriotism … by just the blood connection,” said Marguerite McGill, also a niece of Langan. “I never felt it until his ceremony.”

Haddad added the experience “brings tears to your eyes.”

The Columbus and Platte Center communities showed their support for Langan. As the procession traveled to the cemetery, various residents held flags along the path. Scotus Central Catholic High and St. Bonaventure Catholic Elementary schools students and staff also filled the sidewalks on 18th Avenue to recognize the WWII soldier.

Navy veteran Larry Svoboda was one such resident who wove a flag near Scotus. Svoboda - who served during peacetime between the Korean and Vietnam wars – said as a former soldier he wanted to show his support to Langan.

“It just seemed like the right thing to do,” he said. “... This community here; look how the school turned out. There were grade-school children and the high school, it just turned out great.”

Additionally, Lakeview Community Schools students and staff honored Langan when the procession drove past their building.

“I’m just so impressed with the community and what everyone has done,” Haddad said. “It’s where we grew up and it’s very impressive.”

Jack agreed, adding he was amazed to even see drivers pull off to the side of the road, getting out of their vehicle and putting their hands over their hearts as the procession passed.

Hope for uncovering Langan’s remains began around 10 years ago when History Flight Inc. – a Florida-based nonprofit – began surveying Betio for gravesites. Langan wasn’t initially discovered because records stated he was buried in Row D of Cemetery 33 on Beito but the section wasn’t found. Eventually, Langan and 33 unaccounted for soldiers were discovered in July 2019, History Flight Archaeologist Jordan Windish said.

“It’s pretty rare to find a full row of full skeletons lined up,” Windish said. “He was in the middle of the row.”

She added 32 of the 33 remains discovered have been accounted for. The first soldier’s identity was established in September 2019.

The process of ascertaining the skeletons begins when they are transported to Hawaii, which is home to the U.S. Department of Defense’s Defense POW/MIA Accounting Agency lab. Windish said the scientists there are the ones responsible for actually identifying the soldiers while History Flight only handles the recovering.

There are a few methods in how bodies are identified.

DNA from family members – like in Langan’s case – has been used to help determine fallen soldiers but that’s not the sole focus, Windish said, as it can be expensive. Instead, scientists will compare soldier's prior dental records that are on file from when they enlisted to the teeth that were uncovered, Windish said.

Additionally, some Marines were given X-rays as part of tuberculosis tests. The files from the exams have been used to determine the soldier’s identity by inspecting some of the bones recovered, Windish said.

Windish said certain items can also be found to help ID the remains as dog tags or an item with a soldier's initials on them have provided beneficial. In Langan’s scenario, he didn’t have any such recognizable pieces on him; the only articles to survive were his boots, Windish said.

Because of that, Paul – one of Langan’s nephews – said his uncle was able to come back home.

“By bringing him here back to Platte Center, this is where he grew up,” Paul said. “It felt really good when they announced they found his body because we grew up never knowing. … It was really nice to see him brought there.”

Andrew Kiser is a reporter for The Columbus Telegram. Reach him via email at andrew.kiser@lee.net.

State troopers apprehend 11-year-old, two 14-year-olds after high-speed chase on I-80 in Omaha

During the three-minute pursuit that reached speeds of 110 mph, a handgun was tossed out of the Jeep's window. Eventually, the vehicle came to a stop, and troopers were able to take the occupants into custody.

Semi drivers who died in I-80 crash near Seward identified

The Nebraska State Patrol has identified the two semi-truck drivers killed in a crash on Interstate 80 Tuesday as men from Arizona and Iowa.

As first responders work the scene, the interstate will remain closed. Drivers will be required to exit at Goehner.

Plattsmouth Police Capt. Ryan Crick described the area where the body was found as thickly wooded, difficult and even dangerous terrain.

Sissy Goodwin gained national attention as a Wyoming man who wore women's clothes. A year after his death, his wife is keeping his legacy alive.

For the past year, Sissy Goodwin's wife has been working to preserve his memory. He opened up his life to others because he wanted to help people like him. This is her way of honoring that wish.

Rep. Jeff Fortenberry expects to be indicted for lying to FBI but says charge is false

A source said an indictment could come down as early as Tuesday. The nine-term Republican from Lincoln said he is being wrongly accused. “We will fight these charges. I did not lie to them,” he said.

Watch Now: Are RoboCops coming to your police department?

Watch Now: Are RoboCops coming to your police department? 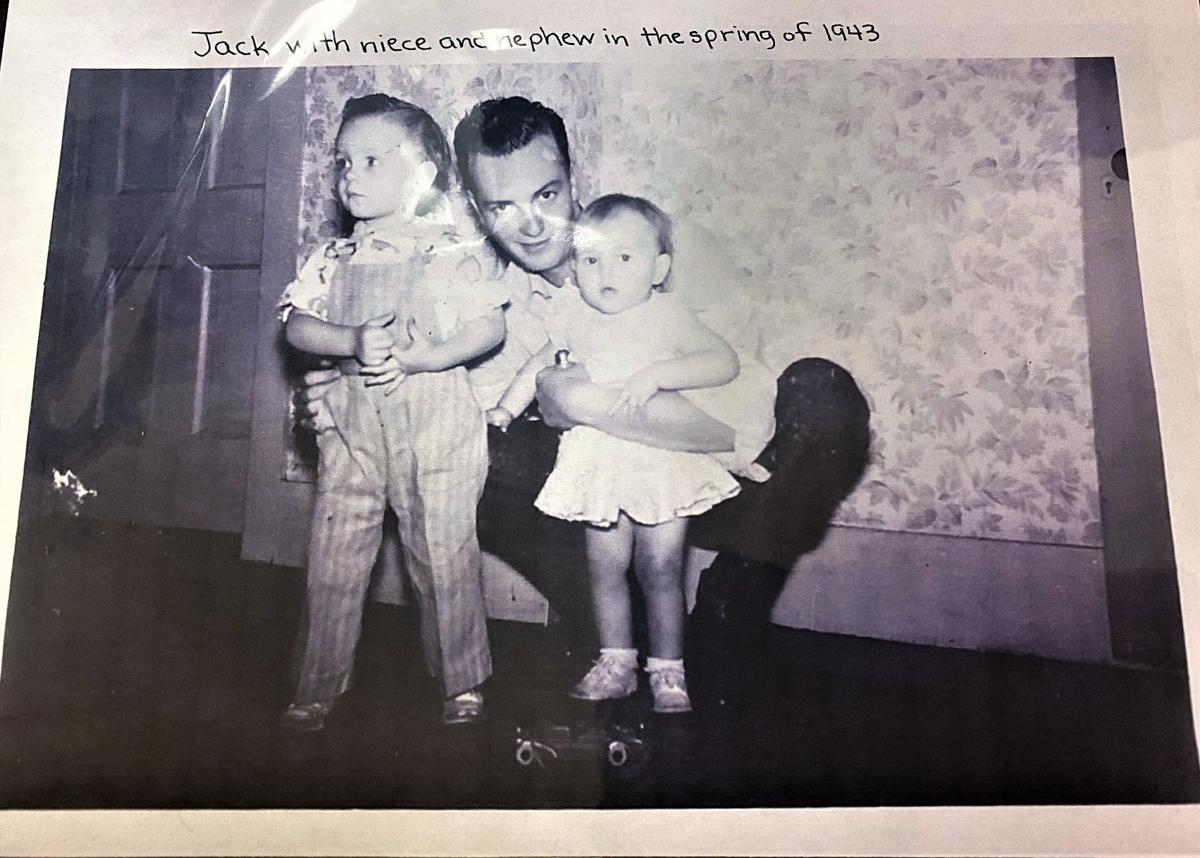 A photo of Jack Langan with his nephew, Paul, and niece, Theresa. Paul and Theresa said Wednesday they were happy to have a ceremony for their late uncle. 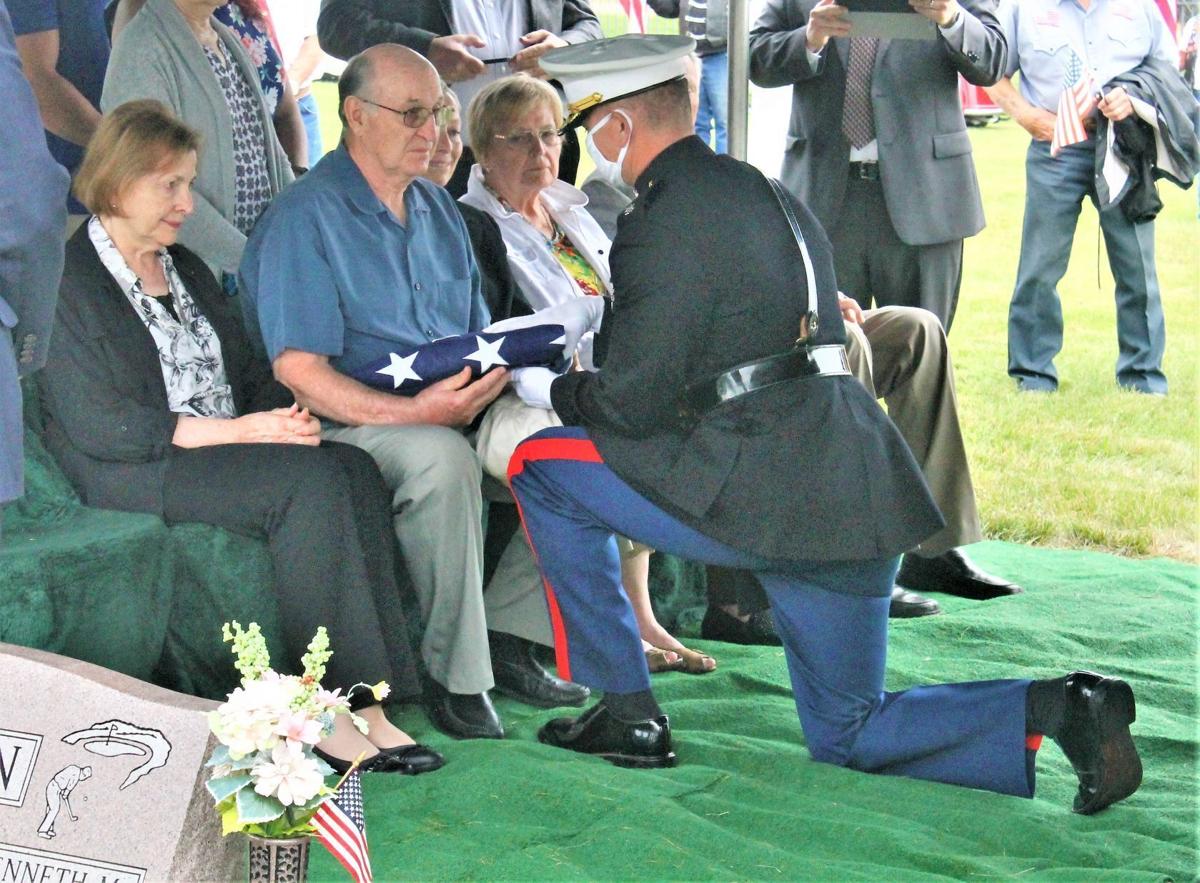 Jack Langan receives a triangle-folded flag Wednesday from a Marine during a service for his late uncle whose name is also Jack, a World War II solider. His remains finally returned to Nebraska after he died in combat almost 80 years ago. 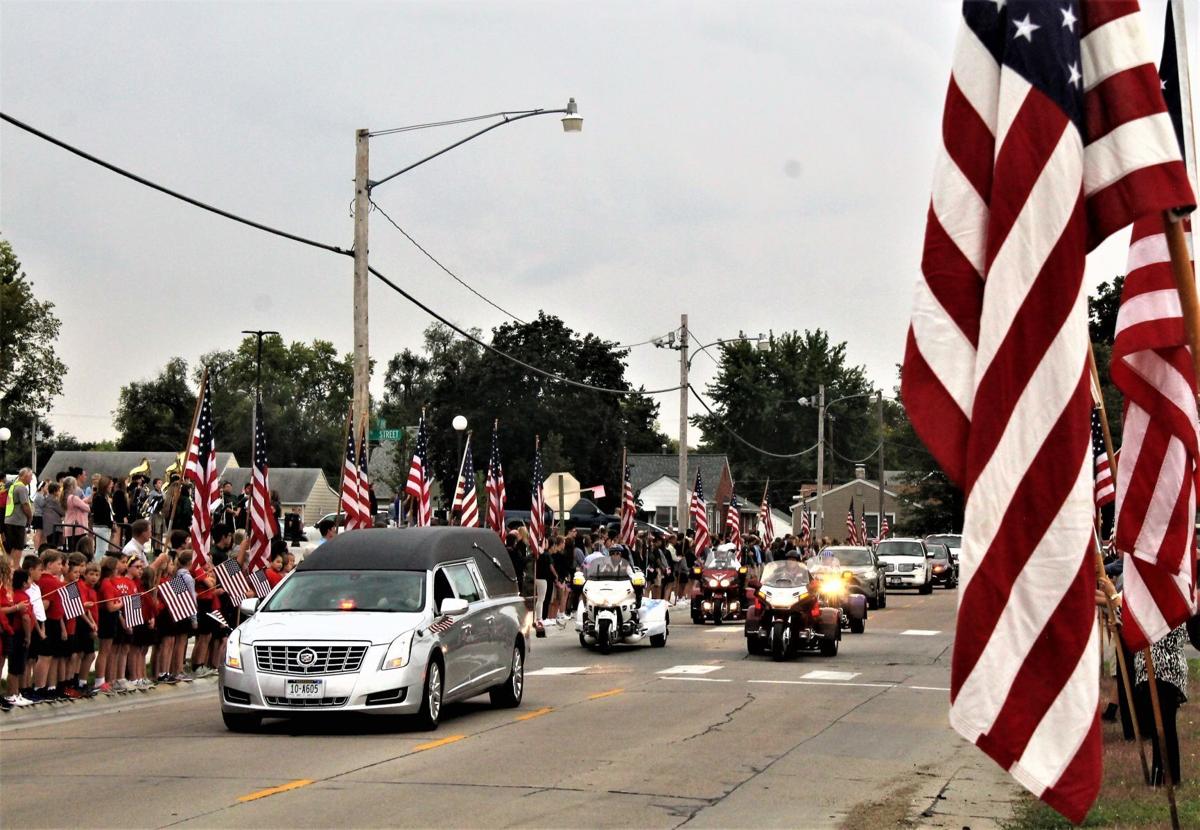 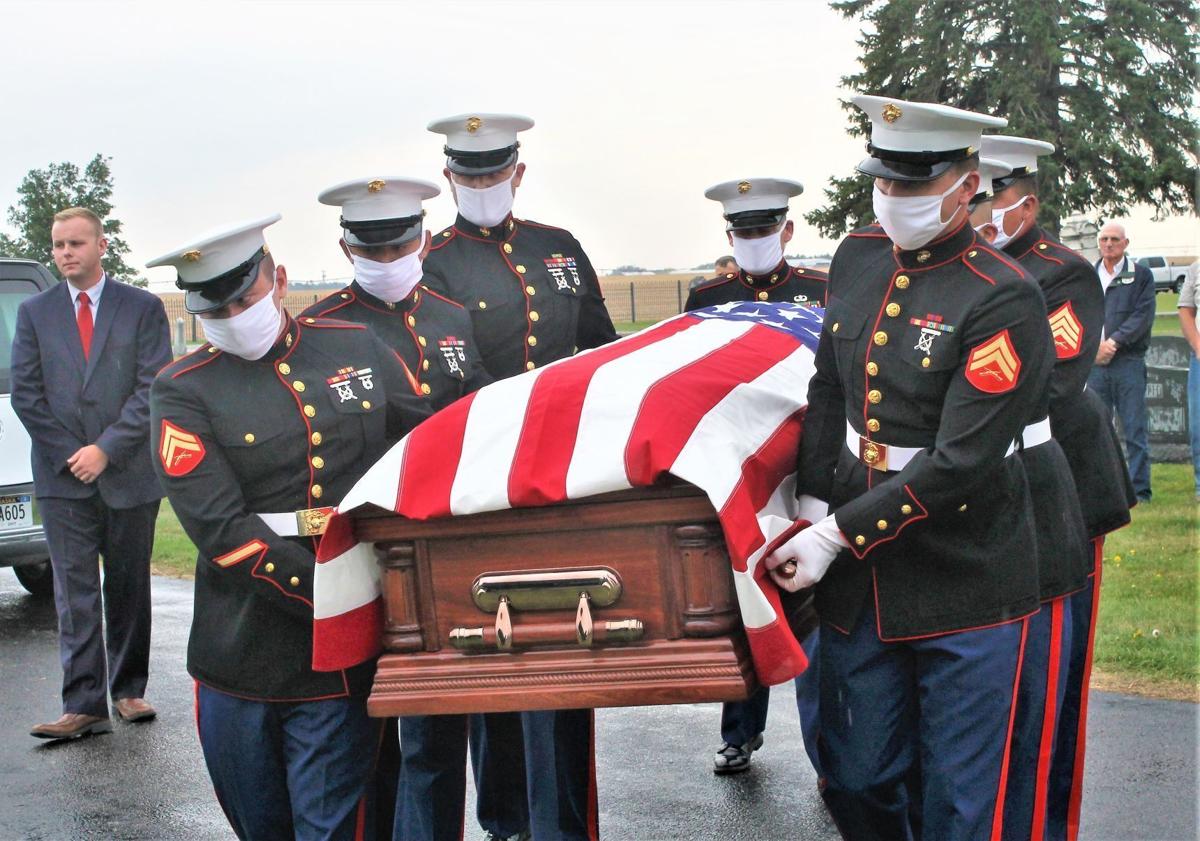 U.S. Marines carry the casket of Jack Langan on Wednesday at Ss. Patrick/Joseph Cemetery in Platte Center. Langan died during combat in World War II. His remains were discovered in July 2019.