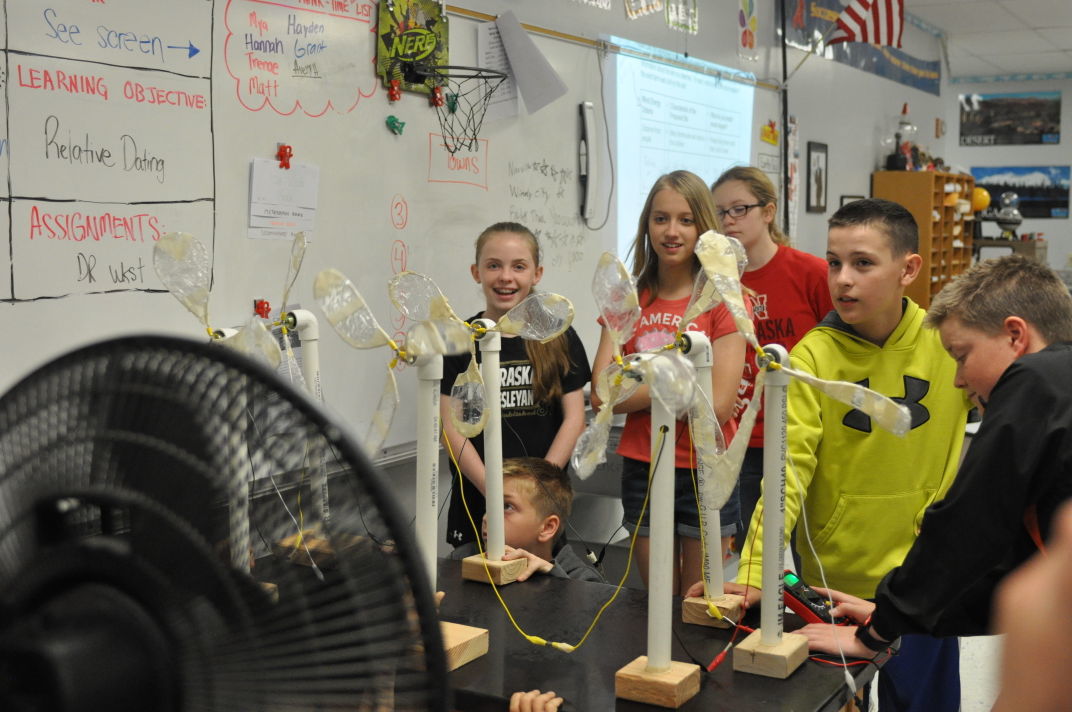 Beatrice Middle School sixth graders watch their handmade wind turbine models in action as a fan blows air at them. 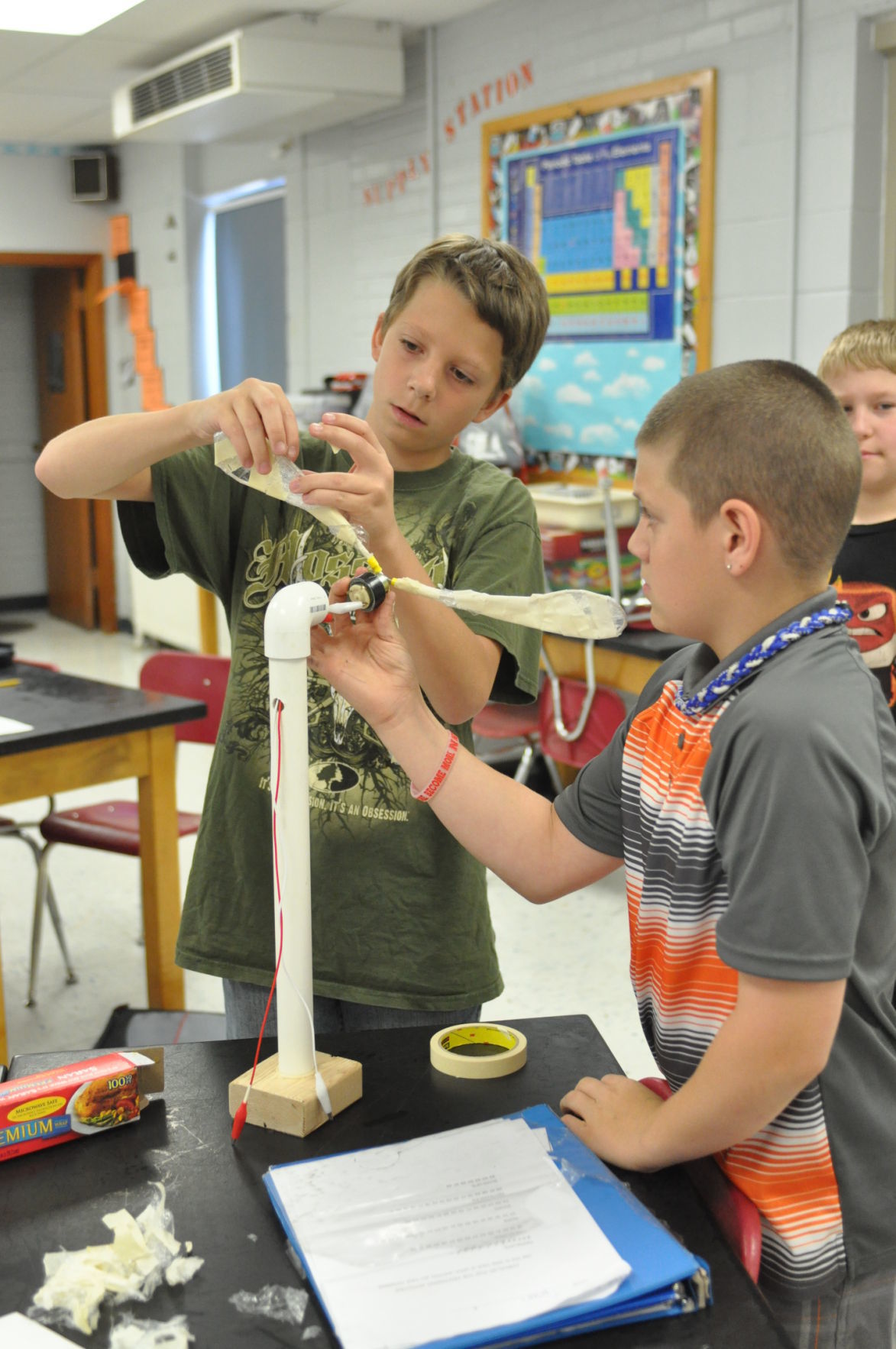 Beatrice Middle School sixth grader Alex Holle adds tape to a propeller of a wind turbine model with help from a classmate.

Groups of two or three students built turbines using PVC pipe for the tower, a wooden block for the base, electric motors, and copper wire, plastic wrap and tape for the blades.

"They can change the shapes of the blades, the angles and choose the number of blades they want to have," BMS science teacher Derek Niss said.

The students learned about wind energy and made the turbines over the course of three days and then competed to see which turbine performed the best.

"It was kind of fun to try something new," sixth grader Alex Holle said. "I learned that if you change the angles of things, it goes a little faster or if you have higher winds, it goes faster."

Sixth graders in Beatrice and Nebraska City made the turbines through the Science Literacy Initiative of the Institute for Agriculture and Natural Resources of the University of Nebraska-Lincoln.

"The project's goal is to help students learn about renewable energy using STEM concepts," Niss said, referring to the acronym for science, technology, engineering and mathematics.

Niss said he brought the project to BMS through a prior colleague, Cory Forbes, who is the coordinator of the Science Literacy Initiative and an associate professor of science education at the UNL School of Natural Resources.

"This is a small pilot project designed to help students learn to use science to make decisions about STEM issues in their own communities -- in this case, wind energy," Forbes said. "It's one part of our broader efforts associated with the IANR Science Literacy Initiative."

Forbes said that a STEM education grant, which he applied for and the initiative has held for the last 12 months, brings innovative projects relating to food, water and energy education to elementary and secondary classrooms in Nebraska.

"This whole project is designed with the idea of helping students connect with a really timely issue down there relating to STEM," Forbes said, referring to wind energy in recent Southeast Nebraska news.

Forbes said the planning of classroom projects relating to the grant, such as the local wind energy project, was a collaboration between himself and several others, including Chad Johnson of Nebraska Public Power District.

"Derek really spearheaded this project at the middle school," Forbes said. "I want to reiterate how important collaborations are because they can make really great stuff happen in classrooms."

Forbes said integrating STEM concepts and projects in all elementary and secondary levels is important.

Beatrice police arrested a man for resisting arrest after responding to a disturbance call on Sunday.

District Judge Vicky Johnson, calling the case as “egregious” as a couple of murder cases she has handled, sentenced Aaron Ogren to serve 15 to 20 years in prison for the most serious felony. The appeals court upheld the sentence.

'Concerning' asteroid will break into Earth's orbit in a week: NASA

'Concerning' asteroid will break into Earth's orbit in a week: NASA

Beatrice Middle School sixth graders watch their handmade wind turbine models in action as a fan blows air at them.

Beatrice Middle School sixth grader Alex Holle adds tape to a propeller of a wind turbine model with help from a classmate.