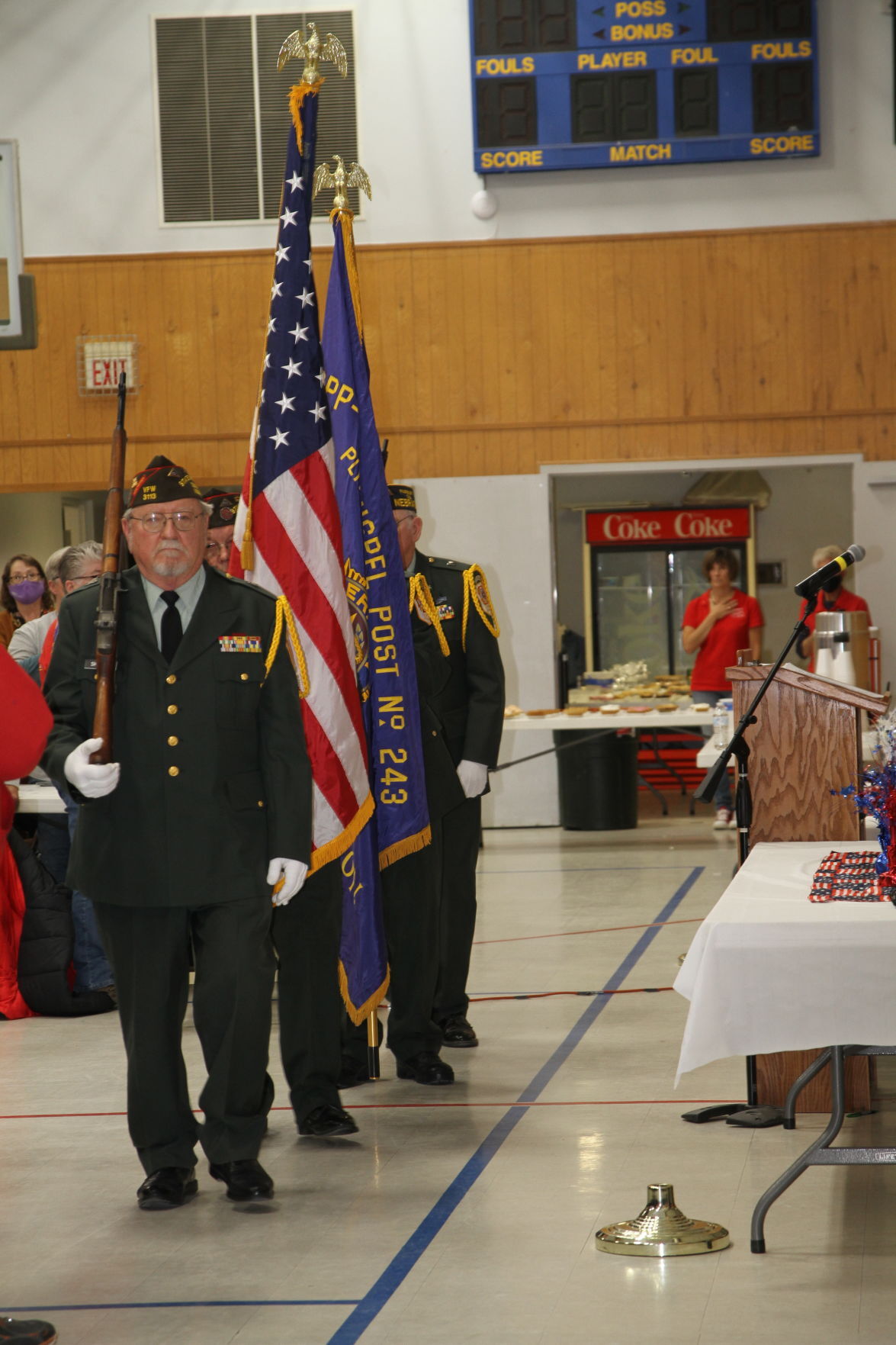 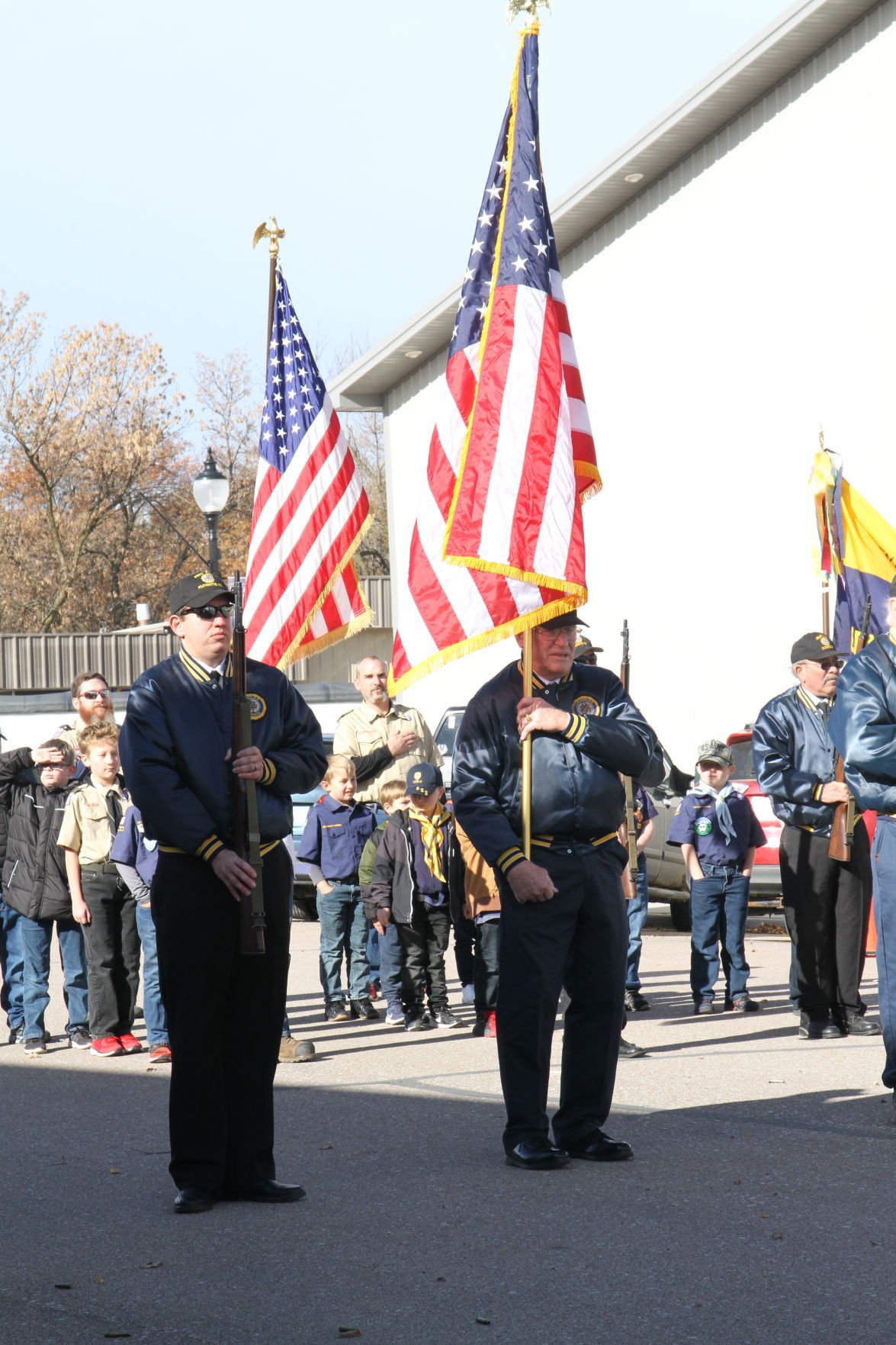 Presentation of the flags and the 21 gun salute were held outside before the 75th Veteran's Day Ceremony in Plymouth on Saturday.

The Tri County Band and third grade vocal music groups participated in the celebration with Dave Rosenbaum serving as the speaker.

Rosenbaum is a native of Albion. He attended Doane College in Crete and majored in secondary education. He taught History, American Government, World Geography, and Sociology at Tri County. He also coached at Tri County for 27 years.

Rosenbaum lived in Washington, D.C. and worked on the education staff at the National Archives for six years.

He returned to Nebraska and worked as a paraeducator for Beatrice Public Schools for seven years. He is currently the Teammates Program Coordinator and mentors. Rosenbaum serves on the Plymouth Village Board and is the Director of the Plymouth Library.

Rosenbaum showed photos of Washington, D.C. Archives and monuments throughout the city, but focused on World War II. He noted that a lot of records from the war were not stored properly and some were destroyed by fire.

His father had been a pilot in the war.

He showed photos of leaders during the war and handwritten documents discussing the significance of each document and battle.

A Beatrice man will be sentenced in February for a shooting last December that left a victim dead.

The last time Beatrice played Nebraska City was last season's subdistrict semifinals and the Pioneers were able to pull off the upset.

ODELL -- There will be games down the road where the Diller-Odell girls basketball team will miss starter Karli Heidemann, but it wasn’t in th…

A suspect involved in a Richardson County pursuit earlier this week was arrested in Beatrice Wednesday morning.

It’s an act of kindness, the least they could do, to the team at Beatrice Home Instead.

ODELL -- Diller-Odell's season opener went to an extra period, but the Griffins were able to prevail in the end.

Presentation of the flags and the 21 gun salute were held outside before the 75th Veteran's Day Ceremony in Plymouth on Saturday.