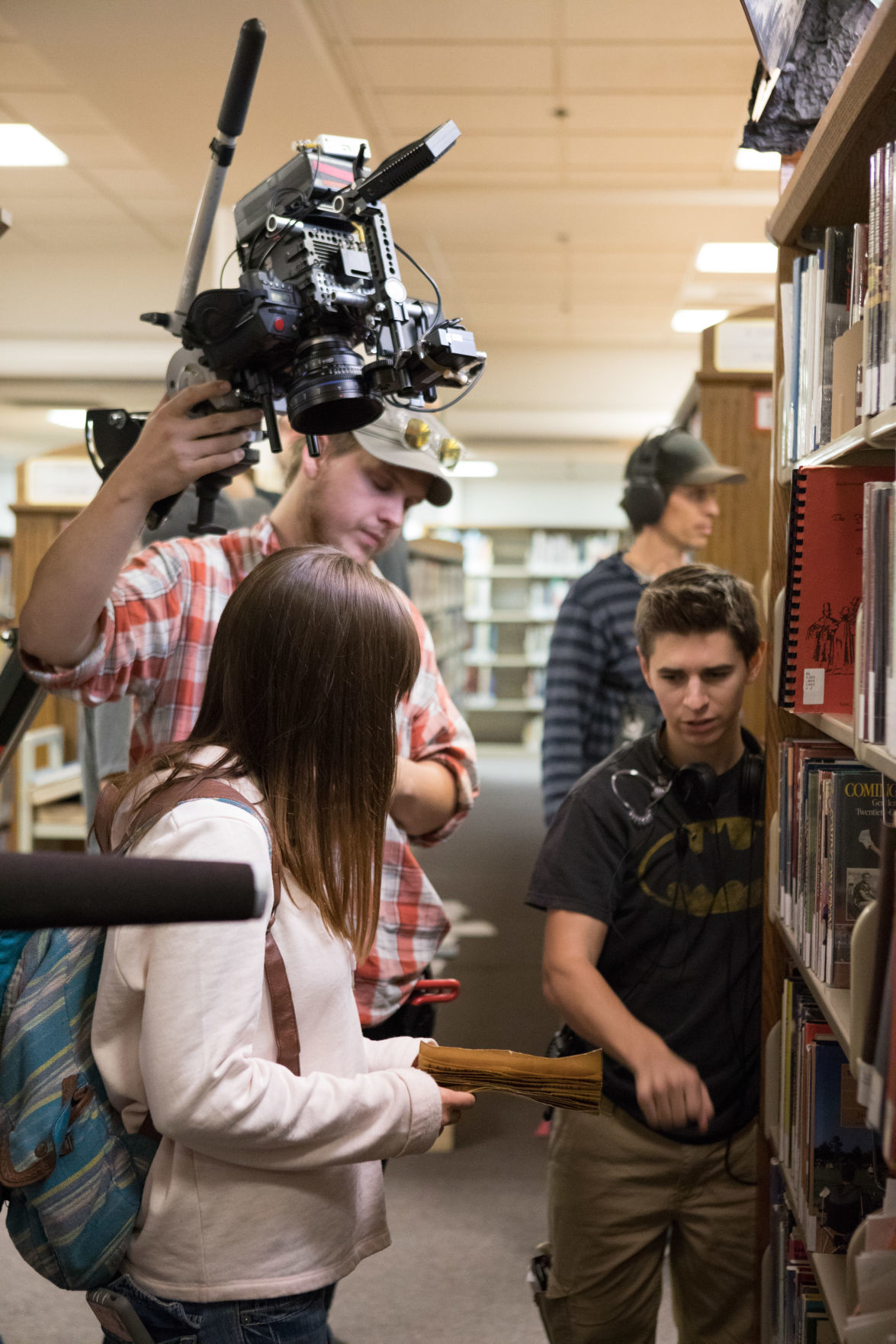 Acress Ema Horvath, left, discusses a scene from The Gallows Act II from Chris Lofing, right. Lofing co-created the film and is a graduate of Beatrice High School. 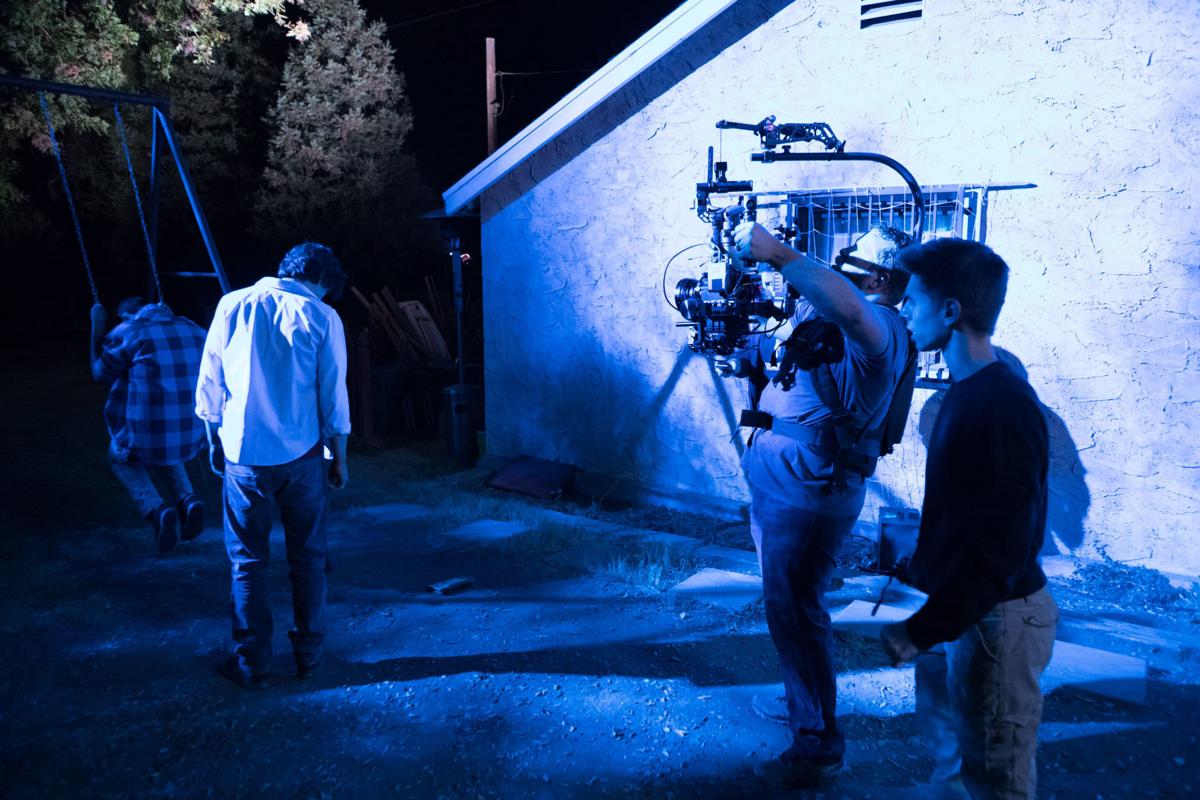 From left, Lupe Cobian, Jono Cota, Josiah Thiesen and Chris Lofing work on set of “The Gallows Act II.” The film is a sequel co-created by a Beatrice native.

The film was set in Beatrice, thanks to co-writer and director Chris Lofing, who Graduated from BHS in 2009.

Four years later and Lofing, along with business partner Travis Cluff, is again ready to terrify with the coming release of a sequel, "The Gallows Act II." The movie draws inspiration from a real internet challenge where people could supposedly talk to a demon using two pencils and a piece of paper, loosely similar to a Ouija board.

“We talked about a prequel for a while and thought that direction made the most sense, an origin of Charlie and how it all happened,” Lofing recalled. “We felt that boxed us in and there was only one way that could end. We wanted to free ourselves up a bit and ironically there was this thing online called the Charlie challenge that went viral when the first movie came out. We were able to capitalize and manipulate it in a way to work with this film.”

Lofing was in Beatrice last week to visit with middle school students about his experiences and film making. He talked about the coming sequel, and told them it can be watched on streaming services, but will only be shown in theaters in large cities like Chicago and Kansas City.

And you can now add Beatrice to that list.

Lofing said Lionsgate Films, the production and distribution studio behind the film, saw coverage of Lofing’s visit from the Daily Sun and decided to bring the film to its co-creator’s hometown.

“When we got back home to California the guy at Lionsgate saw the article from the Daily Sun and the stuff I was doing in Beatrice to promote the movie and said ‘There’s a lot of interest there, so let’s give it a shot,’” Lofing said. “I’m excited it’s coming to town for you guys and hope the theater gets loaded up and people check it out while it’s there.”

Unlike the first film, The Gallows Act II is not set in Beatrice. Lofing said the film is in the Midwest, but doesn’t give a specific location.

“It revolves around girl, Anna, who is an aspiring actress and after trying to find fame online ends up stumbling across a viral challenge called the Charlie challenge that revolves around the play called The Gallows,” Lofing said. “She gets wrapped up in the challenge and even though she gets followers, bad things happen as a result.

“I think it’s cool because it speaks to issues today with the youth. There are a lot of these challenges online and some are harmless, others are dangerous and people get hurt and take it too far for the sake of getting views.”

The Gallows Act II will be shown at Beatrice Movies from Oct. 25-31. Lofing added the first film has developed a following around the world, and he was proud be able to incorporate his hometown into the project.

“I hope Beatrice comes out and supports the movie and sees it,” he said. “I know for a fact that there are fans of The Gallows around the world. We get hit up from Argentina, Mexico, Portugal, the U.K., Australia and all over that know Beatrice because that’s where the gallows is set. It’s super cool as a Beatrice native to feel that and experience that, so I hope Beatrice comes out to support the franchise and get scared for Halloween.”

Acress Ema Horvath, left, discusses a scene from The Gallows Act II from Chris Lofing, right. Lofing co-created the film and is a graduate of Beatrice High School.

From left, Lupe Cobian, Jono Cota, Josiah Thiesen and Chris Lofing work on set of “The Gallows Act II.” The film is a sequel co-created by a Beatrice native.