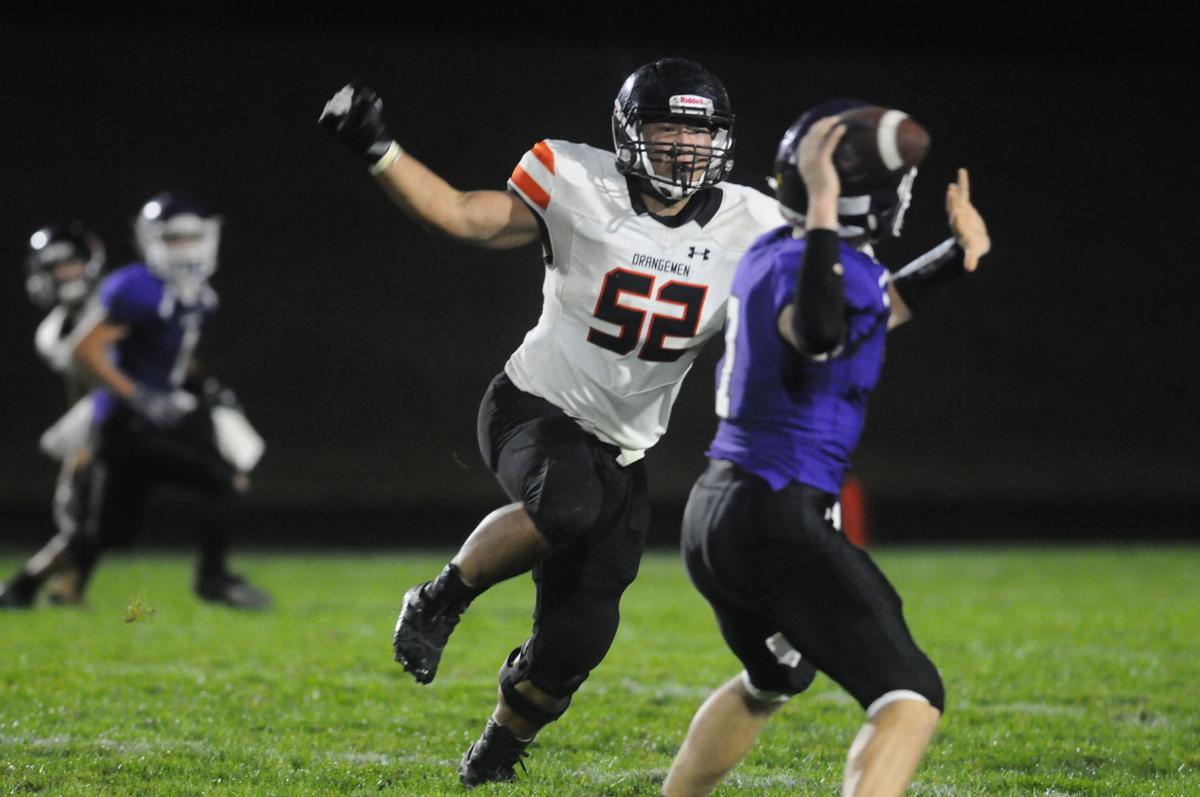 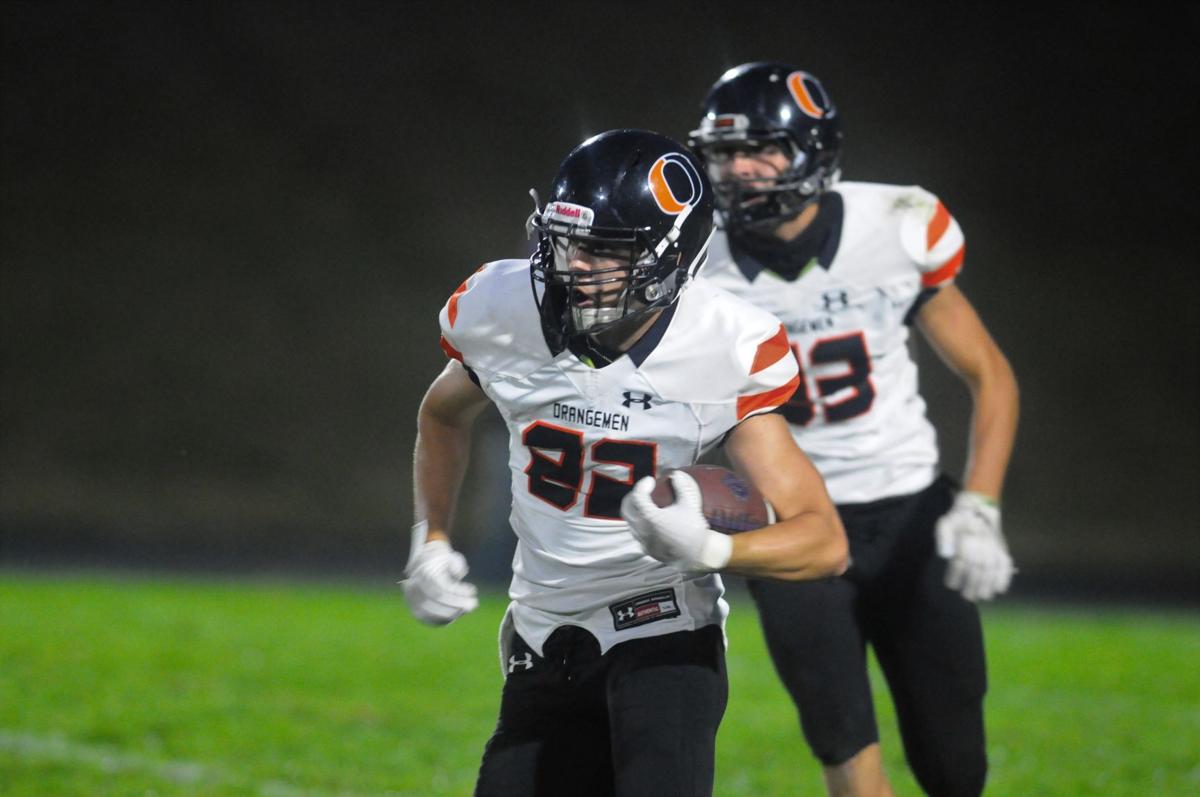 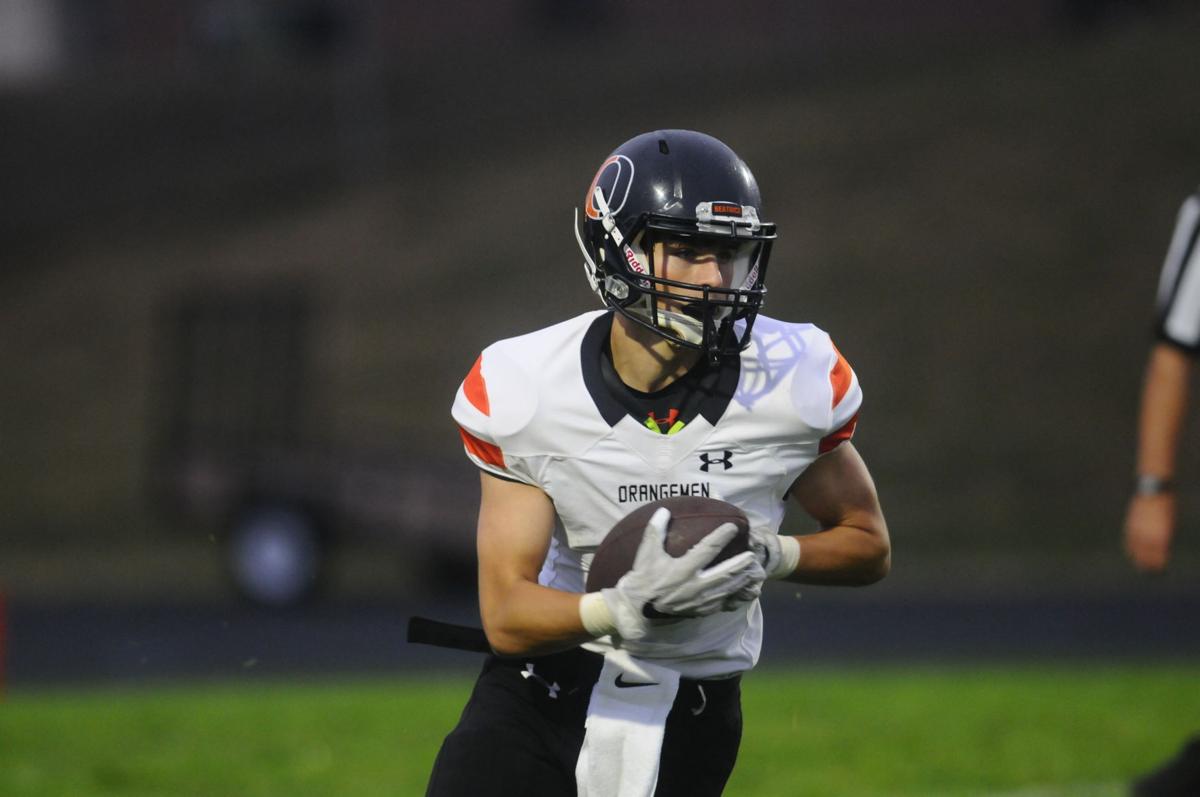 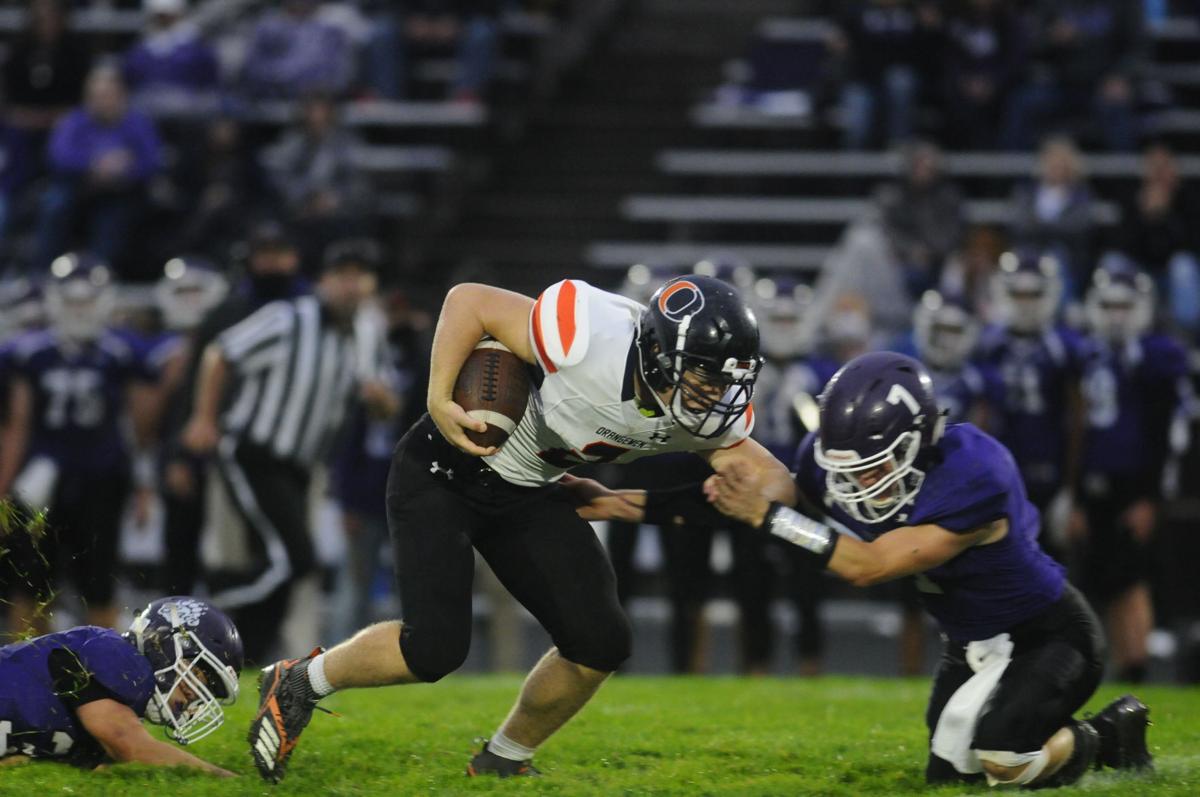 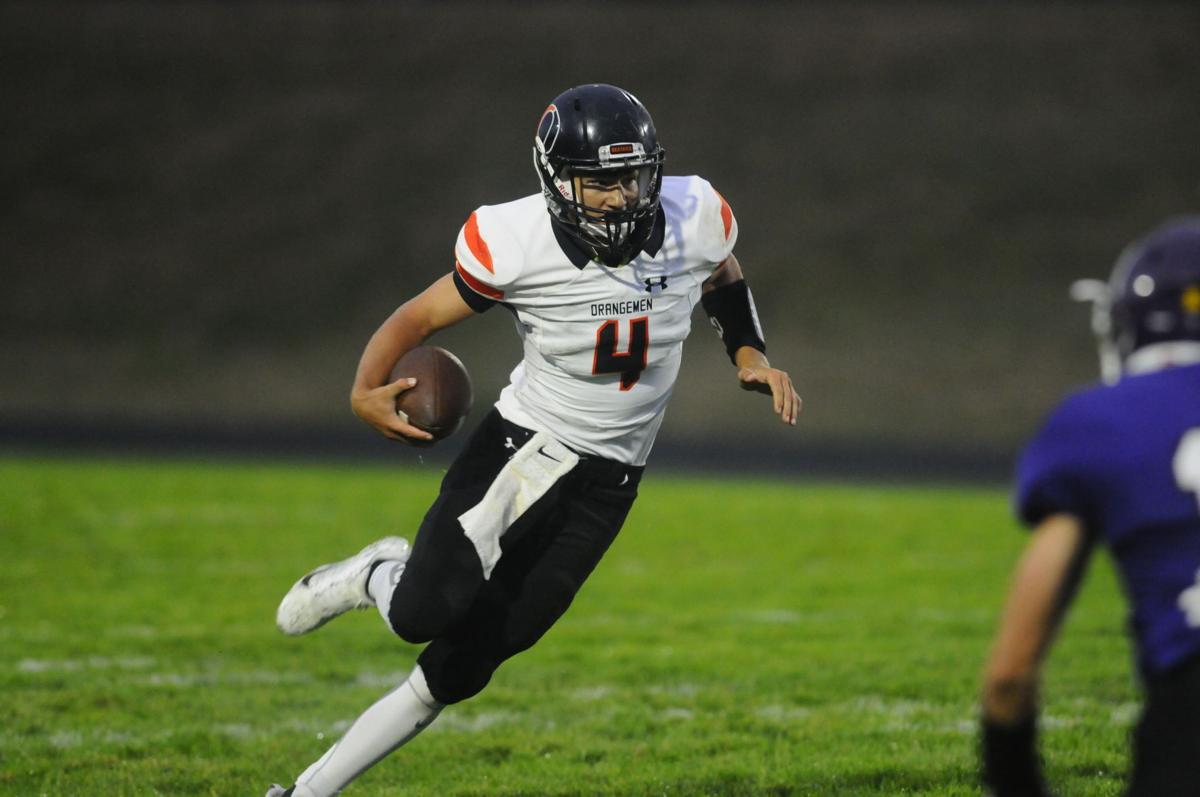 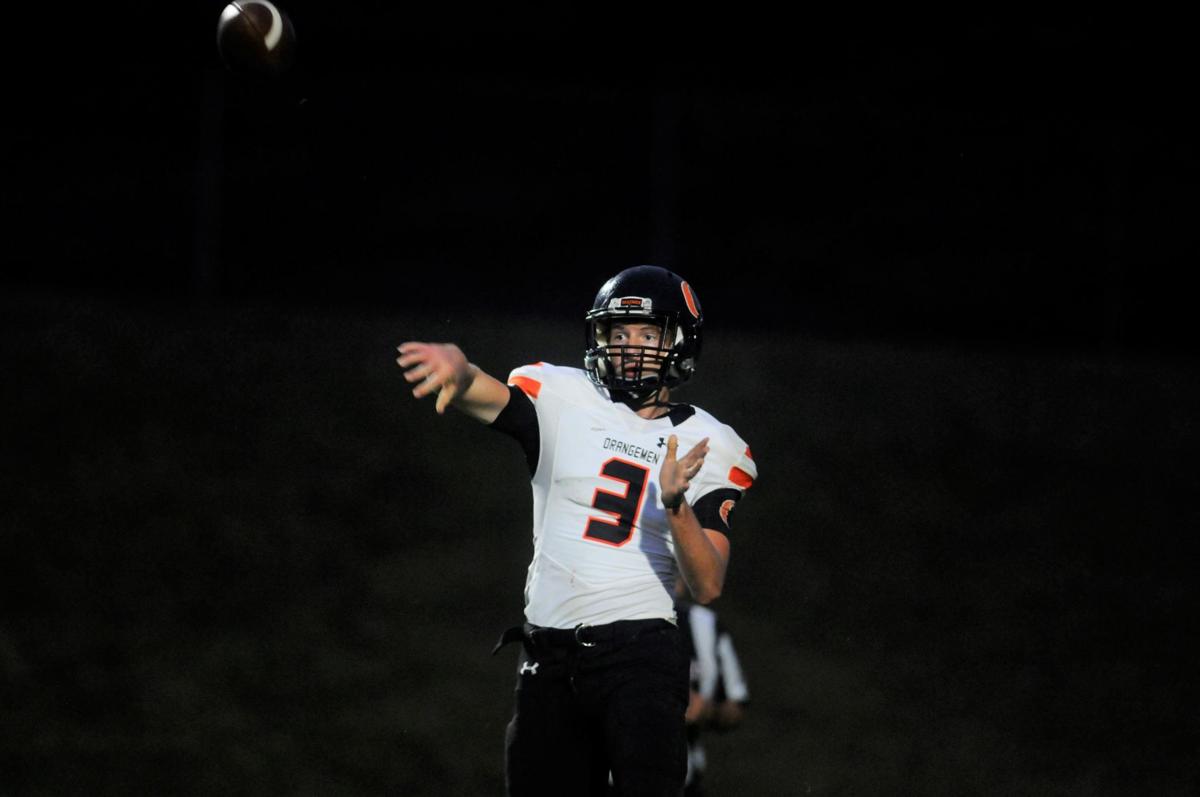 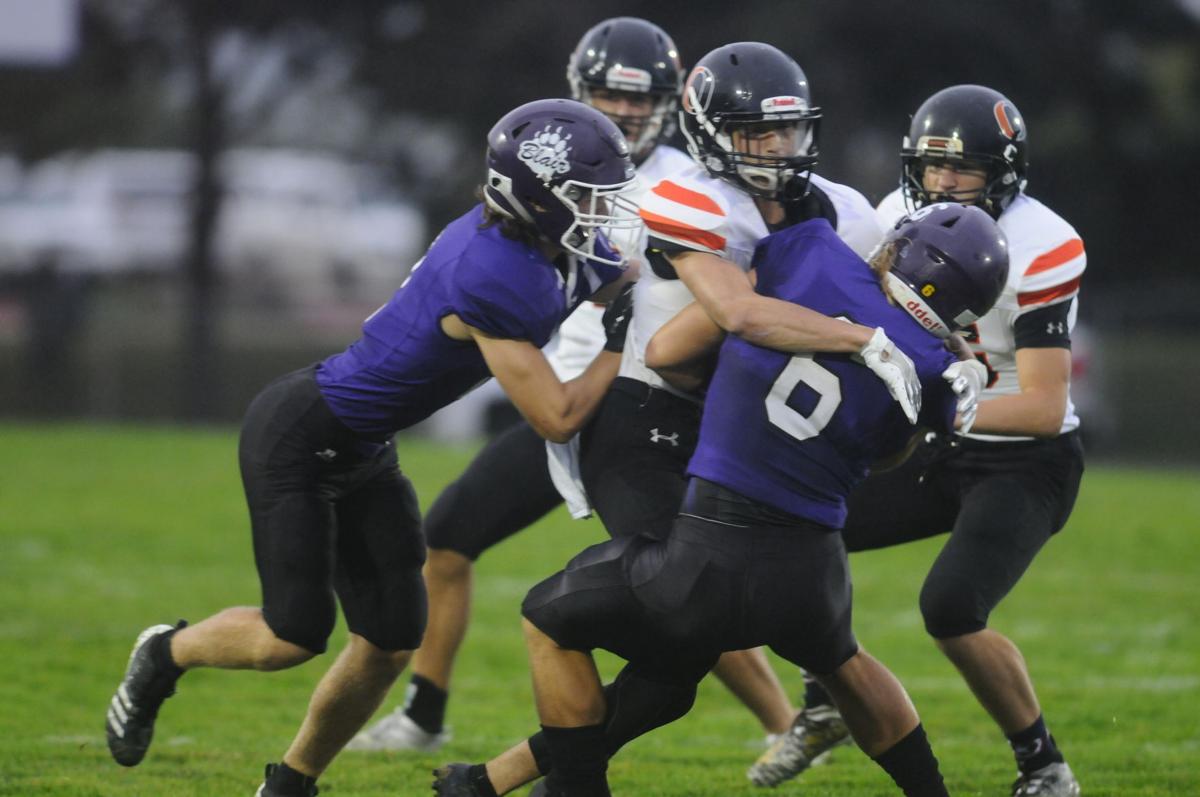 The Bears vaulted out to a big lead in the first half and were then able to coast in the second half on their way to the 48-20 win over the Orangemen at Blair High School.

The Orangemen offense helped out as well, turning the ball over six times and giving the Bears short fields and easy touchdowns in the first half.

Blair got good field position to start the game at the Beatrice 49 yard line and they were able to immediately put together a 13 play scoring drive consisting of nine run plays and three pass plays. Blair's Levai Opetaia capped the drive with a two yard touchdown run to make it 7-0 early.

Beatrice's Elliot Jurgens electrified the Beatrice crowd when he returned the ensuing kickoff for a touchdown, but the excitement was short lived as it was called back due to an illegal block.

Beatrice's offense went three and out and Blair got the ball back at the Beatrice 48 yard line. A nine yard run, a 22 yard pass and a 14-yard touchdown run by Dex Larsen extended Blair's lead to 13-0.

Beatrice started their next drive at their own 43 yard line and put together their best offensive series of the first half. Deegan Nelson had runs of 14 yards, seven yards and three yards before Austin Burroughs scrambled for a 10 yard gain. A pass to Kaden Glynn for 17 yards set up a 17 yard touchdown run by Burroughs to make it 13-7.

The Orangemen did force a punt on Blair's next offensive drive, but on Beatrice's third play of their next drive, they fumbled and Blair recovered at the Beatrice 9 yard line.

One play later, Blair's Opetaia scored from nine yards out to make it 20-7.

Beatrice got one first down on their next drive, but an interception led to another short field for the Bears as they took over at the Beatrice 21 yard line.

Two runs, a penalty and a six yard touchdown run by Larsen extended Blair's lead to 27-7.

The Orangemen offense couldn't get much going on their next drive and their punt on fourth down was partially blocked, giving Blair the ball at Beatrice 39 yard line.

Larsen would cap a five play drive with a three yard touchdown run to make it 34-7.

Beatrice would throw an interception on the second play of their next drive and Blair would score on a 25 yard touchdown pass just before half time to make it 41-7 at the half.

The Orangemen offense came to life on their first drive of the second half and They capped a nice scoring drive with a 23 yard touchdown pass to Elliot Jurgens. The two pointer failed, keeping the score at 41-13.

It didn't take long for Blair to respond as Opetaia scored on a 42 yard touchdown run, extending the lead to 48-13.

Beatrice would put together another touchdown drive on their next possession. Burroughs found Kaden Glynn for a 16 yard touchdown pass, cutting their deficit to 48-20.  That would be the last of the scoring.

Beatrice falls to 1-2 on the season and will be in action again on Friday when they host Elkhorn North.

Beatrice jumped on Lexington early and never relented in a blowout win against Lexington Friday night in their home opener.

SEATTLE (AP) — DK Metcalf made up for a huge first-half blunder by catching a 29-yard touchdown pass from Russell Wilson with 1:47 remaining, and the Seattle Seahawks held off the Dallas Cowboys 38-31 on Sunday.