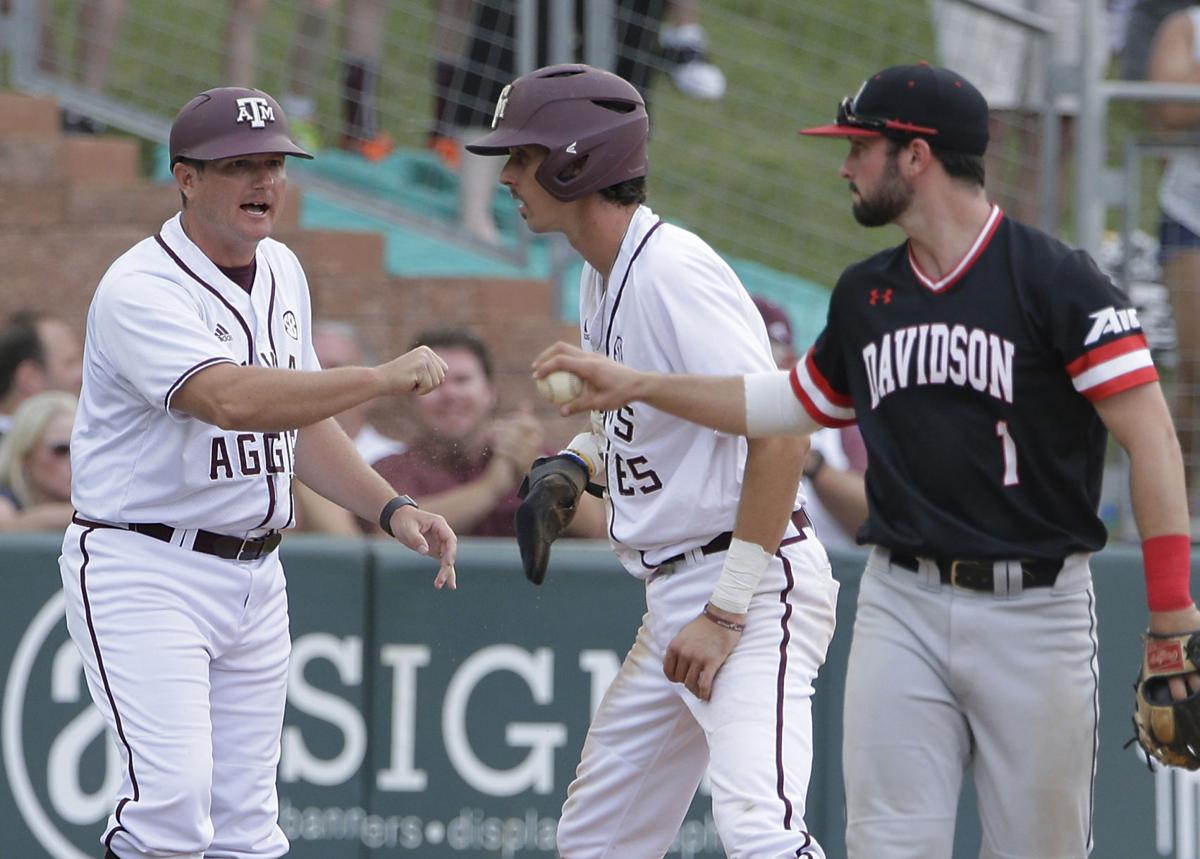 Michael Helman, in his first fall on a big college campus, was pressing at the plate.

That's what his coaches were telling him, anyway, as the Lincoln Pius X graduate began transitioning from junior college to Division I.

But Will Bolt, Texas A&M's hitting coach at the time, and the Aggies made sure Helman didn't carry those kinks into the spring when it mattered most.

"He was in there every single day, working with us, doing different drills," Helman says of Bolt.

"I think he just has the ability to build a good relationship with the guys and everybody trusts him," said Helman, who was picked by the Minnesota Twins in the 11th round of the 2018 Major League Baseball Draft.

Boomer White, who played one season with the Aggies after transferring from TCU, saw a coach players could easily relate to.

"I just got to see a coach bring in almost a player's mentality, a player's perspective in coach's body," said White, who was the 2016 Southeastern Conference player of the year. "He coached with fire, he had a lot of passion in what he taught, but at the same time, guys were not scared to be around him, or scared to crack jokes with him.

"At the same time, he meant business when we were on the field."

Bolt, by the way, kept tabs on Helman when he starred at Pius X. At the time, Bolt was an assistant coach for Darin Erstad at Nebraska. Eventually, their paths crossed in College Station, Texas, and Bolt continued to watch Helman grow as a player.

Helman and those who wore an Aggie uniform saw growth in Bolt, too. Thursday at an 11 a.m. news conference, he'll be introduced as Nebraska's head baseball coach.

"I'll tell you what, he's relentless," said Michael Barash, who played at A&M for two seasons from 2015-2016. "Everything that I've heard that he was as a player, he is as a coach. He's fiery, he's extremely passionate about good baseball."

Those who played at A&M while Bolt was an assistant on Rob Childress' staff liked the ex-Husker's competitive nature and his ability to build trust and confidence.

Bolt also molded a lot of good hitters at A&M, including Barash, who hit .238 as a junior.

Barash, who also played for LSU, said his swing mechanics were off during his junior campaign, and it carried over into the fall of his senior year.

"(Bolt) sat me down with Coach (Justin) Seely and said, 'You're much better than what you're showing. We're going to get it right,'" Barash said. "Every day that we could, we got in the cage and we tried to find the right setup, the right stance and they (said), 'Listen, this is your senior year, you need to buy into the approach.' I stopped being hard-headed.

"It's just so simple, really, but so complex at the same time."

What followed was Barash's best year as a collegiate player. He hit .324 as a senior, finishing with five homers, 11 doubles and 43 RBIs.

"If it wasn't for (Bolt) and his offensive approach, I don't know if I was a ninth-round draft pick (by the Angels) or even have a chance to play professional baseball," said Barash, who played a couple seasons in the pros before becoming a junior college coach.

Helman can relate. He pointed to Bolt having hitters prepared the right way.

"We were all put in different categories, whether you're a hitter, a bomber, a runner," he said. "Everybody had the same approach when they came to the plate and if you stuck to that approach, there was no reason you shouldn't put a ball hard in play or know what pitch was coming in certain counts. That was a big part of my experience at Texas A&M, hitting with (Bolt)."

Helman, who didn't have any Division I offers out of high school, went to Hutchinson (Kansas) Community College, where he became a junior college All-American. Bolt and the Aggies stayed in touch and eventually offered him a scholarship.

Is Bolt ready to be a head coach at the Power Five Conference level? Nebraska AD Bill Moos thought so and named Bolt coach last Friday. Those who played for him at A&M believe so, too.

"Just the way he went about his business, I know he was extremely prepared for this, and I think this was just the next step in his journey," said Barash, who added that Bolt, Seely and Childress played a big part in him wanting to become a coach himself. "The way (Bolt) is, the way he acts, it was obvious in my eyes that he was going to be a head coach, and not just any head coach, he's going to be incredible."

A minor leaguer in the Philadelphia system, former NU catcher Jesse Wilkening is living day-by-day with hopes for the future amid the pandemic.