Video and reaction as Bernie Sanders suspends his presidential campaign

Nebraska's Colby Gomes pitches in the bottom of the ninth inning against Arizona State last May at Haymarket Park. 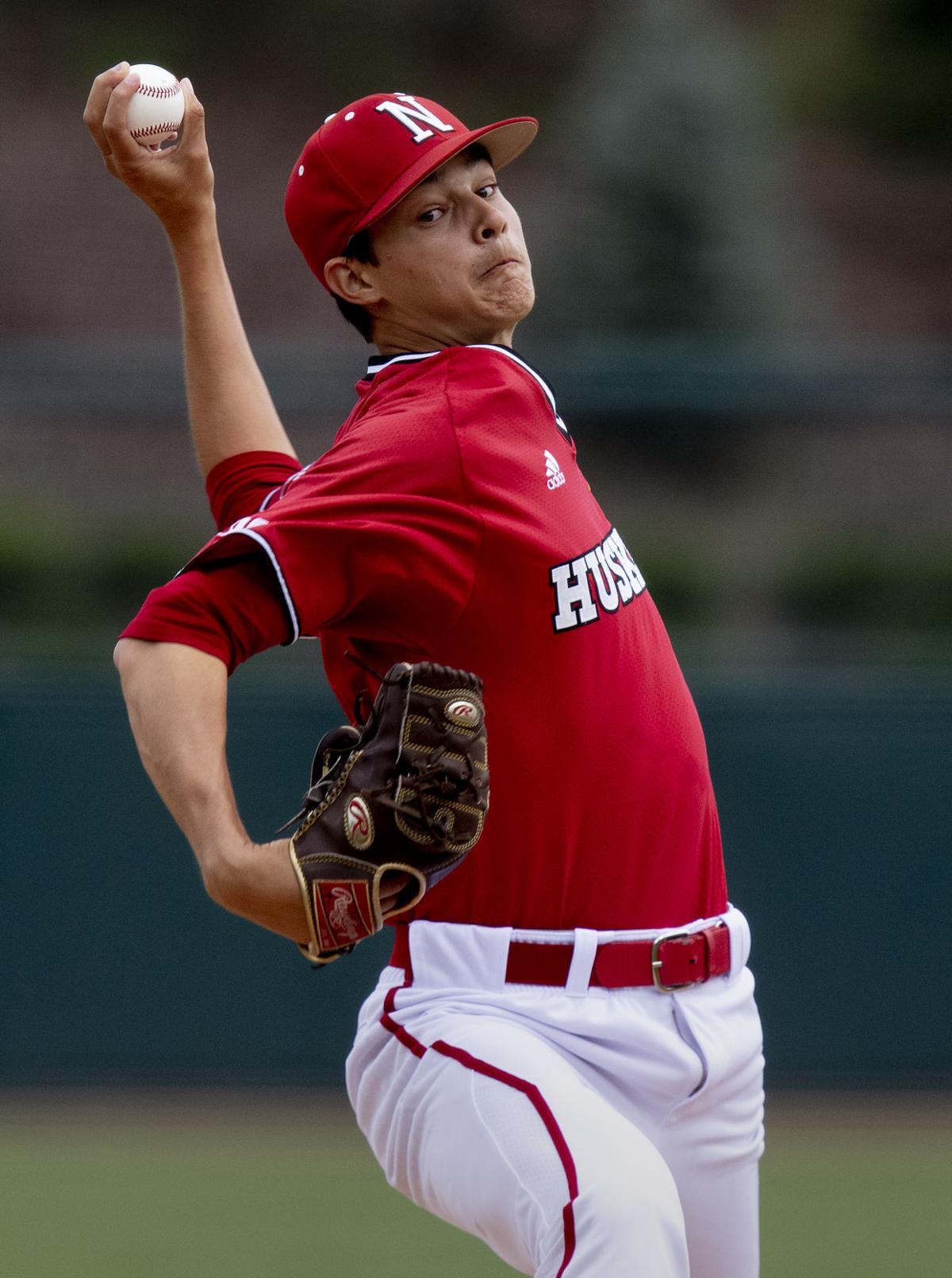 Nebraska's Cade Povich delivers to the plate on Wednesday during Game 1 of the Red-White Series at Haymarket Park in October. Povich is slated to start on Sunday's for the Huskers this season.

Colby Gomes acknowledges it, but that doesn’t mean he wants to do a deep dive into the last pitch he threw for Nebraska in 2019.

That 96-mph fastball was sent deep into the night by Oklahoma State's Trevor Boone, giving the Cowboys a walk-off win in the Regional and effectively ending Nebraska's season.

It was the Huskers' season in a nutshell. So close, then so far away.

"I mean, yeah, I take responsibility for that. I threw that pitch. But, we were there. We were one out away, one pitch away," Gomes said in January as the Huskers began practice for the 2020 season. "That obviously stings a little bit. But we can compete with the best of them."

Nebraska will compete under a new coaching staff in 2020 as the Will Bolt era begins Friday with a three-game series at Baylor. The Huskers return the vast majority of their position players from a team that was in the Big Ten regular-season title race into the last weekend.

But how far Bolt's first team at Nebraska goes may well depend on how players such as Gomes adjust to new roles.

NU must replace its entire weekend rotation from last season. Gomes, who threw gasoline out of the bullpen in 2019, will be in the middle of Nebraska's starting rotation in 2020. He'll begin the year as the Huskers' Saturday starter. Gareth Stroh will get the ball on Friday. Newcomer Cade Povich gets the call on Sunday.

And if Bolt has his way, those three and the players in the bullpen behind them will settle in quickly. As in, by the end of the weekend.

"We don't really have the luxury of finding our way through it," Bolt said. "We've got to buckle down in Game 1 and Game 2 and Game 3, and hopefully by the (end of) the first weekend, we've got a pretty good idea, throwing some guys in the fire, of who's going to be dependable, who's going to throw strikes, who's going to be able to bounce back out of the bullpen."

Gomes showed his potential in 2019, riding his fastball to a freshman all-America season as a closer. Now, he moves to the opposite end of the rotation.

Stroh, a Gibbon native, has proved himself at the Big Ten level with two years as a starter at Purdue before transferring to Lincoln and sitting out last season.

They've come together under former Husker catcher Jeff Christy, now back in Lincoln as Nebraska's pitching coach after honing his craft at Texas A&M.

"That’s been one of the things that Coach Bolt and I have really looked hard at," Christy said of rebuilding the starting rotation. "With replacing all three, we feel good with what we have right now. I feel like those guys have a good chance to get us into that five-, six-inning range over the weekend"

For Nebraska, winning big could depend on how quickly a revamped pitching staff can come together. Sitting in his office Wednesday, Christy pointed out that often, a staff at the end of the year looks different from at the beginning.

"But if you go through the year with the same starting three, that means your starters are doing a really good job," Christy said. "And you're not having to worry about anything on the weekend as much."

If Stroh, Gomes and Povich do that, they'll match what Matt Waldron, Nate Fisher and Reece Eddins did last season. That trio combined for 42 starts in Nebraska's 56 games.

But everyone starts from zero Friday. A summer of getting to know each other and a fall of getting to work will be put to the test for the first time.

"We've got good character on this team," Christy said. "It's just been, 'Hey, come to work, this is what we're doing,' and then go execute what you're doing."

The Huskers — players and coaches — have made no secret of their goals: get Nebraska back in the business of hosting NCAA Regionals with an eye always on ending their season 50 miles to the east at the College World Series. Bolt and Christy both did it as players, and now will try to do it again as coaches.

And as far as Gomes sees it, there’s a pretty simple equation to make that happen.

'I know my way around the place': Longtime Husker fan Bunz relishes chance to play baseball for NU

He went to in-state Elkhorn South. His parents are season ticket holders. In a world changing dramatically, Jake Bunz is finding familiarity.

'I know my way around the place': Longtime Husker fan Bunz relishes chance to play baseball for NU

He went to in-state Elkhorn South. His parents are season ticket holders. In a world changing dramatically, Jake Bunz is finding familiarity.

Nebraska's Colby Gomes pitches in the bottom of the ninth inning against Arizona State last May at Haymarket Park.

Nebraska's Cade Povich delivers to the plate on Wednesday during Game 1 of the Red-White Series at Haymarket Park in October. Povich is slated to start on Sunday's for the Huskers this season.