The last team meeting the Nebraska football program had this spring, the one in which coach Scott Frost explained to his team that spring football was being shut down due to concerns over the coronavirus pandemic, did not look like most team gatherings.

Instead of the meeting room in the team's North Stadium offices, the Huskers gathered on the indoor field at Hawks Championship Center, so the 130-plus players and all of the staff could be in the same place while still maintaining proper social distancing, a term that's only come into normal American lexicon in recent weeks.

So now Frost and the NU football program, which lost 13 of its 15 spring practices and its Red-White Spring Game — and who knows what else over the coming months — are pretty much in the same boat as most people in the United States.

They're just trying to ride out the storm brought on by a fast-moving, dangerous virus.

"We're just like everybody else. We're frustrated and concerned and a little bit bored and anxious to get back to a normal state of affairs in our regular lives," Frost said on the "Husker Sports Nightly" radio program Tuesday evening. "Everybody's safety and well-being is the most important."

Frost said most of his team is not on campus right now — that could change slightly after UNL's regularly scheduled spring break ends at the end of this week — and that those who stayed include some of the players who had extensive rehabilitation from injuries.

The team's weight room is now closed, though players can get meals from a grab-and-go setup at the training table. The staff, too, is working from home. They have a daily Zoom video conference call and they're "burning up the phone lines" in recruiting because, well, that's about all they can do at this point, Frost said.

"Hopefully at some point we'll get the guys on campus, but their safety and health is our No. 1 concern. Getting them back, so they can at least focus on academics and making sure their grades are right with online classes, is important. So we're kind of in a holding pattern right now, but we're trying to communicate with our kids as well as we can and keeping them happy and healthy."

Frost said most of the team will have trouble finding an open weight room at all, though some have either home gyms or can get out on an open field somewhere. He lauded the importance of the team's academic, nutritional and weight staffs in communicating plans to the players through the unique circumstances.

Spring snapshot: Who, what, when, where just the beginning of questions facing Husker WR room

He also kept the hindrance facing the NU football program in perspective.

"We're talking a lot about football problems, but there's bigger problems out there," Frost said. "People who aren't going to work, aren't getting paychecks, aren't getting paid at all. Nebraska people all need to rally around each other and be supportive of people that are really in need.

"We're looking for opportunities to do that as a football team, too, because I know there are people who have much bigger problems than we have."

"They've been great, but I know they have more important things to worry about than the Nebraska football team," Frost said. "But it does help me to get some information so I know how to lead the football program."

Frost said it was difficult to pull the plug on the Red-White Spring Game, which had more than 62,000 tickets sold, but that it was necessary.

"I certainly would want to sacrifice the spring game for the sake of the season next year," Frost said.

For now, though, it's pretty much just a waiting game for Frost and the Huskers, just like it is for everybody else.

With economic concerns growing, Moos ramps up consideration of alcohol at Memorial Stadium

Nebraska athletic director Bill Moos has challenged his senior staff to come up with new revenue streams amid the coronavirus pandemic.

Spring snapshot: When Nebraska football resumes, who will end up as starters on the offensive line?

The offensive line will be an interesting group to watch to see if all the experience can help Nebraska’s offense go at a more consistent level.

Spring snapshot: Who, what, when, where just the beginning of questions facing Husker WR room

This is shaping up to be quite a challenge for first-year offensive coordinator and receivers coach Matt Lubick.

Travis Vokolek is capable of making immediate contributions, his coach says, and redshirt freshman Chris Hickman will play both WR and TE.

Check out the latest episode of the Husker Extra podcast.

Spring snapshot: For Husker QBs, eyes (and making up for lost time) will be critical when action resumes

The Journal Star is taking a position-by-position look at the Huskers. Naturally, we begin in the quarterbacks' room.

Dedrick Mills is a good starting point at RB after becoming more comfortable last season. After him, the Huskers may rely on fresh faces. A lot. 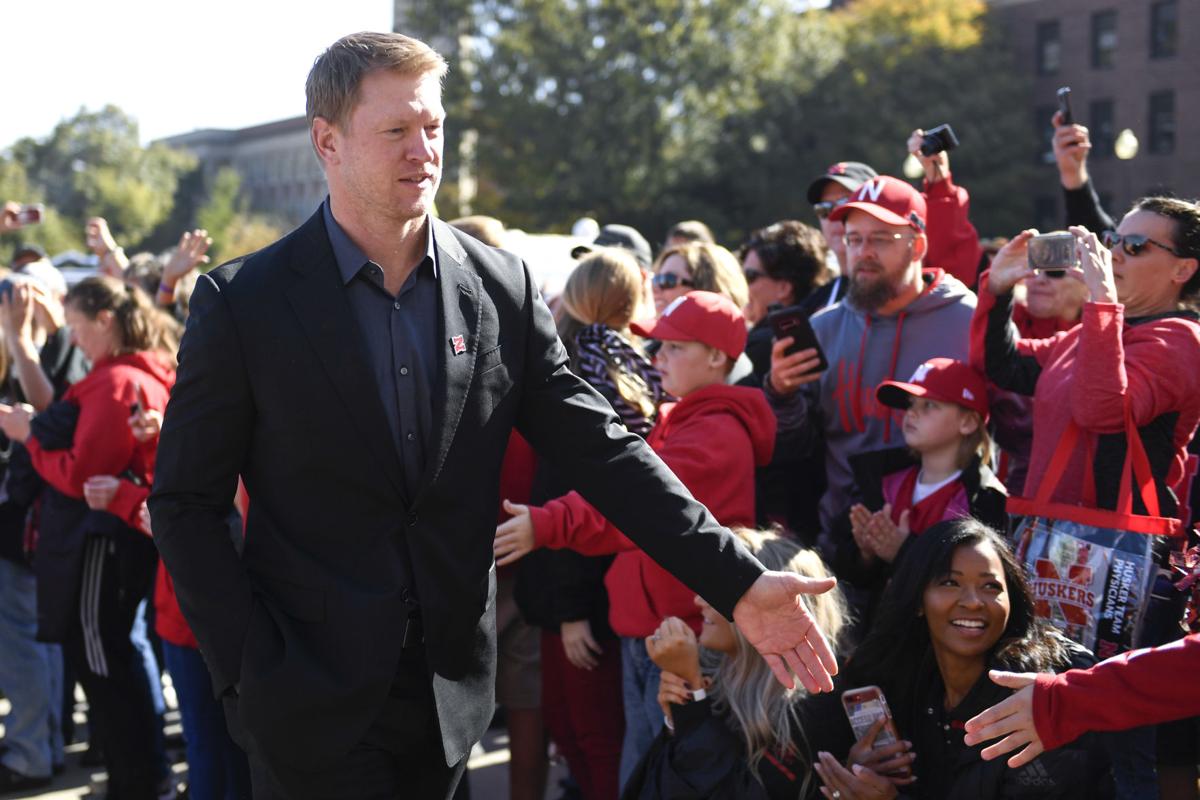