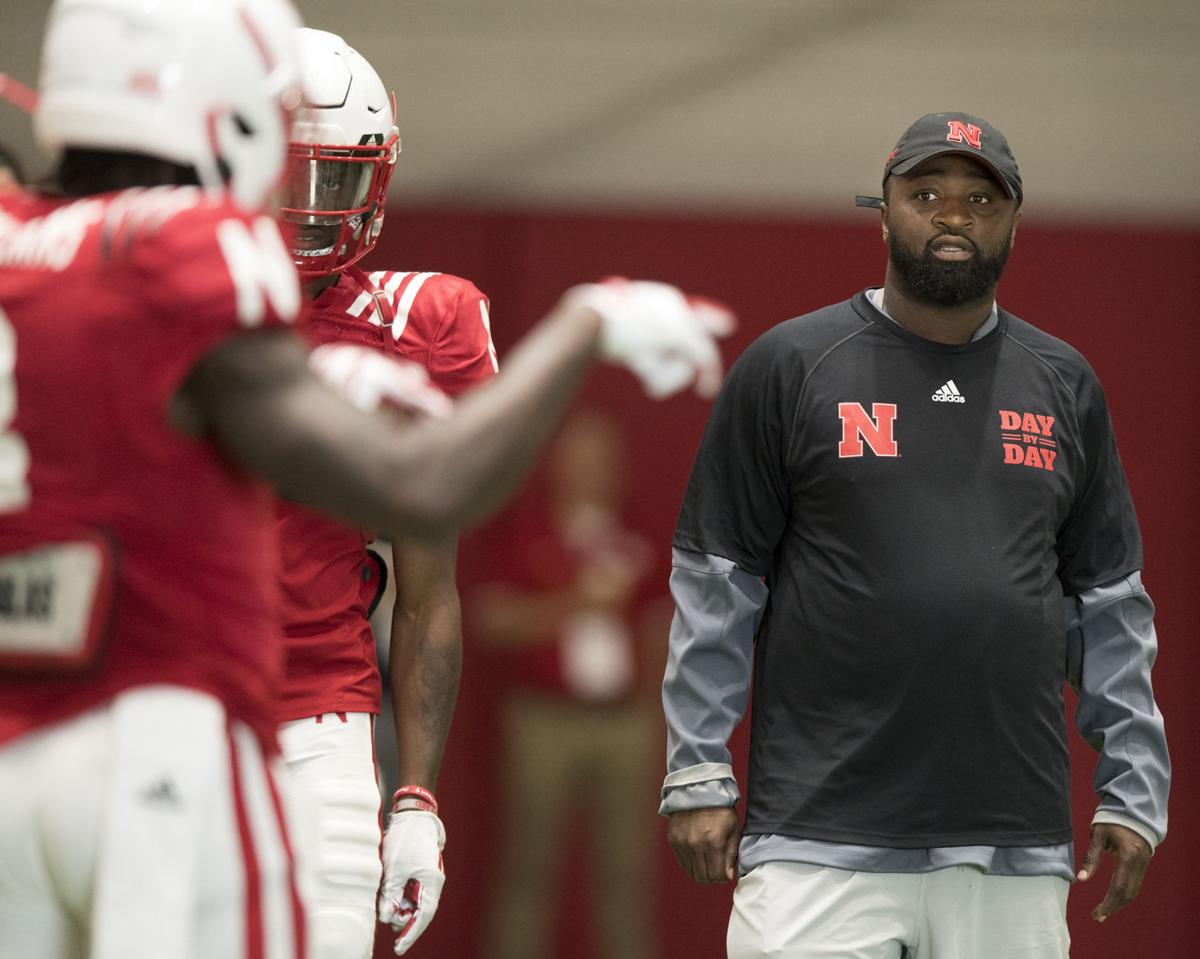 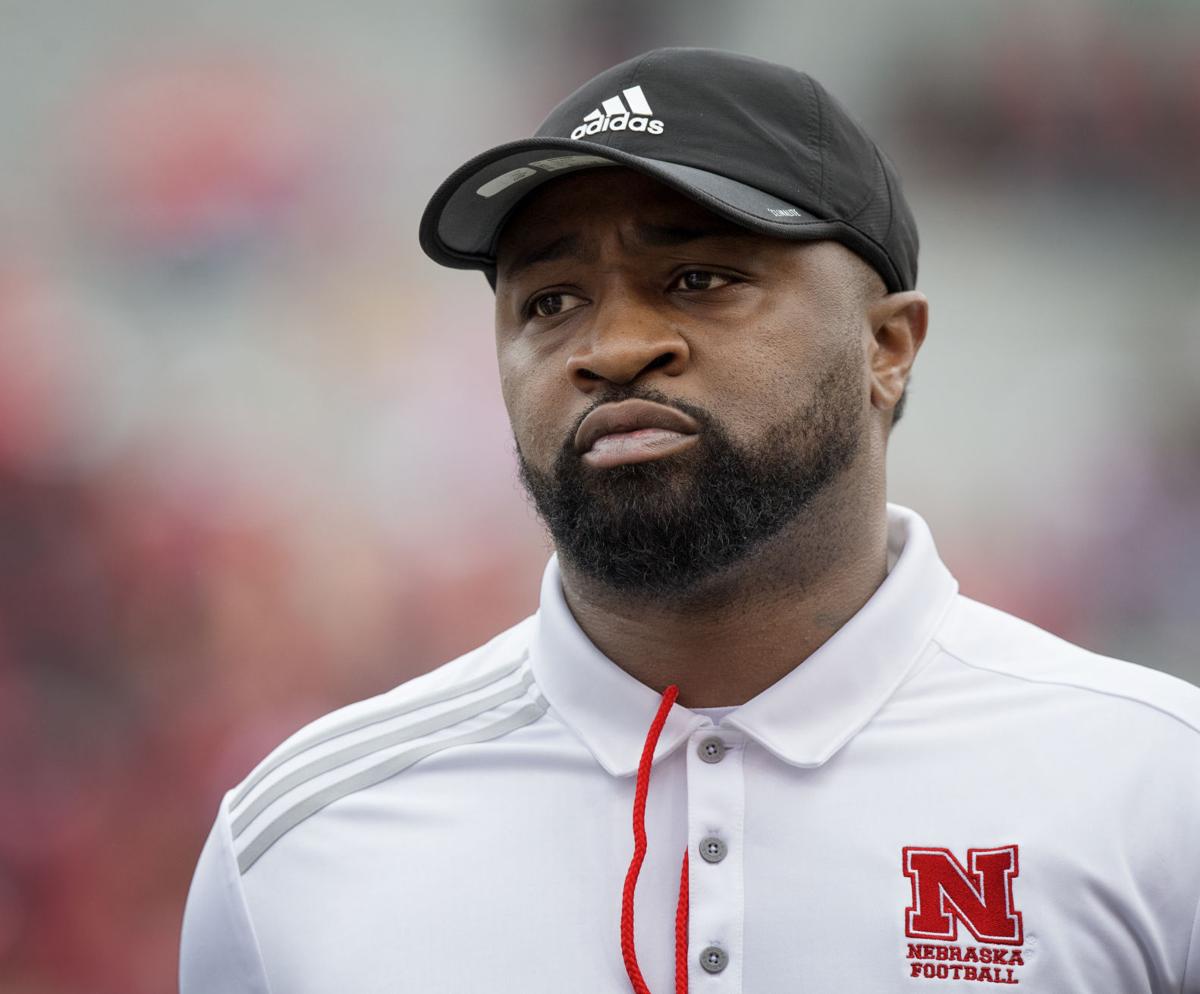 On the recruiting front, the past 10 months or so have been an up and down experience for Nebraska secondary coach Travis Fisher.

On Tuesday, he referred to riding "the wave" during a news conference with reporters.

More importantly, he made it clear that he thinks the coronavirus pandemic is having a significant effect not only on college football players, but also on coaches and, well, everyone, really.

Fisher and the Huskers closed the 2020 recruiting cycle with a flurry, landing four-star players such as Jaiden Francois and Keyshawn Greene out of Florida in the final days before National Signing Day in December, adding them to a Sunshine State haul that also included four-star Henry Gray and three others.

Those three, though, are already gone before any of them ever saw game action — or even a fully padded practice — in Lincoln, each having transferred out in recent months. Francois landed at Central Florida, Greene at Florida Atlantic and Gray at Florida International.

Fisher also helped land four-star junior college defensive back Nadab Joseph over the summer and also has three defensive back recruits on board for the 2021 class, but he readily admitted that it’s not easy losing those three players so early in their careers.

Moreover, he said it’s not easy being a freshman in college in the midst of a global pandemic.

“It’s unfortunate that a couple of the guys that I recruited here — we recruited here — from the state Florida are not with us because of whatever the reasons may be,” Fisher said. “It’s been tough for everyone, this pandemic. It’s especially tough for kids to leave home and to be homesick.

Indeed, all three of the players who left took official visits to Nebraska — Gray and Francois during the 2019 season and then Greene in December before signing.

All of that changed dramatically this spring when spring ball was abruptly called off due to the pandemic. Since then, nothing’s been normal. Even when classes resumed in August, some of it is taking place online and students’ normal day-to-day interactions are much different.

Make no mistake about it, though, Fisher said, many more than those three players struggled over the past several months.

“I’m pretty sure there’s some adults out there — not just coaching football but just out in the regular workforce — that are struggling as things change up.”

“It’s exciting, but I’d be lying to you if I said I was expecting this. With the pandemic hitting and all the uncertainty and then football and no football and back to football," he added. "We’re just putting one foot in front of the other and taking it day by day.”

That proved to be too much to ask of a few players, but the secondary coach didn’t sound like a guy who’s going to change how or where he recruits or like someone with doubts about how to move forward.

“You know, it’s tough, it still is tough,” Fisher said. “But that’s why we have a football team and a group of coaches that are willing to sacrifice a lot and put their arms around these kids and help them as much as they can to stay here in Lincoln and ride the wave.”

Watch now: Deontai Williams 'fired up' to get back on the field 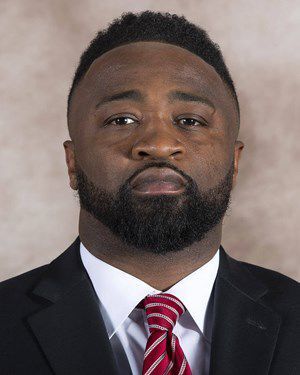