As the countdown to the beginning of Nebraska’s preseason camp continues, the Journal Star is counting down its annual list of the 30 Most Intriguing Huskers.

The list, as always, is not about the 30 best players or the 30 most important players, but is based instead purely on intrigue. We’ll cover breakout candidates, new faces, old heads and more. The list tends to skew toward youth and inexperience because, well, those types of players are intriguing. But there are more than a few regulars, too.

No. 29: Will Nixon, wide receiver, freshman

No. 27: Sevion Morrison, running back, freshman

No. 19: Markese Stepp, running back, sophomore

No. 18: Luke Reimer, inside linebacker, sophomore

No. 14: Pheldarius Payne, outside linebacker, junior

No. 13: JoJo Domann, outside linebacker, senior

No. 10: Chris Kolarevic, inside linebacker, junior

No. 9: Jaquez Yant, running back, freshman

Omar Manning has played in one game for Nebraska and has been targeted one time, a slant against Northwestern last year that looked like a completion waiting to happen except that Adrian Martinez’s pass got deflected.

Manning, though, continues to be one of the very most intriguing players on the roster.

It’s been a long time since he signed his National Letter of Intent as a transfer from Kilgore (Texas) College in December 2019. Coach Scott Frost said then that Manning looked different than anybody else he’d ever coached and that he could “change” NU’s offense.

Instead, he missed substantial time with injuries and for other health reasons. He got on the field the one time, then didn’t again in 2020.

So, the expectations changed. Frost and wide receivers coach Matt Lubick talked about the goal being for Manning to just be present, be in attendance and work on getting better each day. So far, that’s been his offseason. The 6-foot-4, 225-pound wide receiver had a productive spring. He gave a peek of his tantalizing size and skill to fans at an open practice on April 17 and again during the Red-White Spring Game on May 1. Then, by all accounts, he backed it up with a good summer in the weight room.

Which brings us to preseason camp. He came out of April as part of a potential starting trio with Oliver Martin and Samori Toure. He enters camp likely in a similar spot. What will happen from here? Nothing is certain, and most will take a relatively cautious approach when sizing up what Manning’s impact will look like in 2021. But the “if” is mighty powerful in this case. The possibility is one that most fans — and certainly Nebraska’s coaches — have at least considered.

At this point, intrigue is the best word to describe the picture with current Omar Manning. That will change one way or another from August 28 through Thanksgiving. A lot of people are interested to find out which direction it goes.

Photos: Our favorite staff images from the 2020 Nebraska football season

Is Sean Payton an early frontrunner for Coach of the Year?

Nebraska will play under the lights for the first time this season when it travels to East Lansing.

He won't be there in person, but Osborne's fingerprints are all over Saturday's rekindling of NU/OU rivalry

"It does have meaning and purpose, and brings back a lot of memories," former Husker coach Tom Osborne says of the renewal of the Nebraska-Oklahoma football rivalry.

Without many of his best options, 'big-time player' Adrian Martinez rises to lead Nebraska past Buffalo, 28-3

On this day, the Huskers got more than enough from the junior quarterback and a stingy defensive effort to improve to 2-1 this season.

After an impressive start for Iowa, and a stumble in the road for Ohio State, there is some movement atop Parker Gabriel's weekly league rankings.

Steven M. Sipple: Nebraska does enough to build a measure of intrigue for Oklahoma week

The first words out of Scott Frost's mouth after Saturday's win? "I'm ready for next week," he said. How's that for intrigue?

The Tunnel Walk repeated the stirring format from that seen in the first game following Sept. 11, 2001, by including local first responders.

Red Report: What impresses Lincoln Riley about the Huskers; CBs to be tested; Prochazka sees TDs

Widely considered one of the best offensive minds in college football, Lincoln Riley said NU's secondary does "everything pretty well."

From Black 41 Flash Reverse to a Jet stream, here are 12 defining moments in the NU-OU rivalry

Nebraska and Oklahoma have produced some of the greatest moments in college football. We somehow trimmed a list down to a dozen.

How does Nebraska get its run game going? And just how much has freshman OL Prochazka put himself in the mix?

Scott Frost described in detail why the run game is a "group effort." Some nuts-and-bolts talk there. As for Prochazka, he's "in the conversation."

'What he's doing is special': Huskers getting big plays in multiple ways from QB Martinez

Adrian Martinez is throwing 60-yard touchdown passes and breaking off 70-yard runs. Here's a closer look at his big-play dynamic so far in 2021. 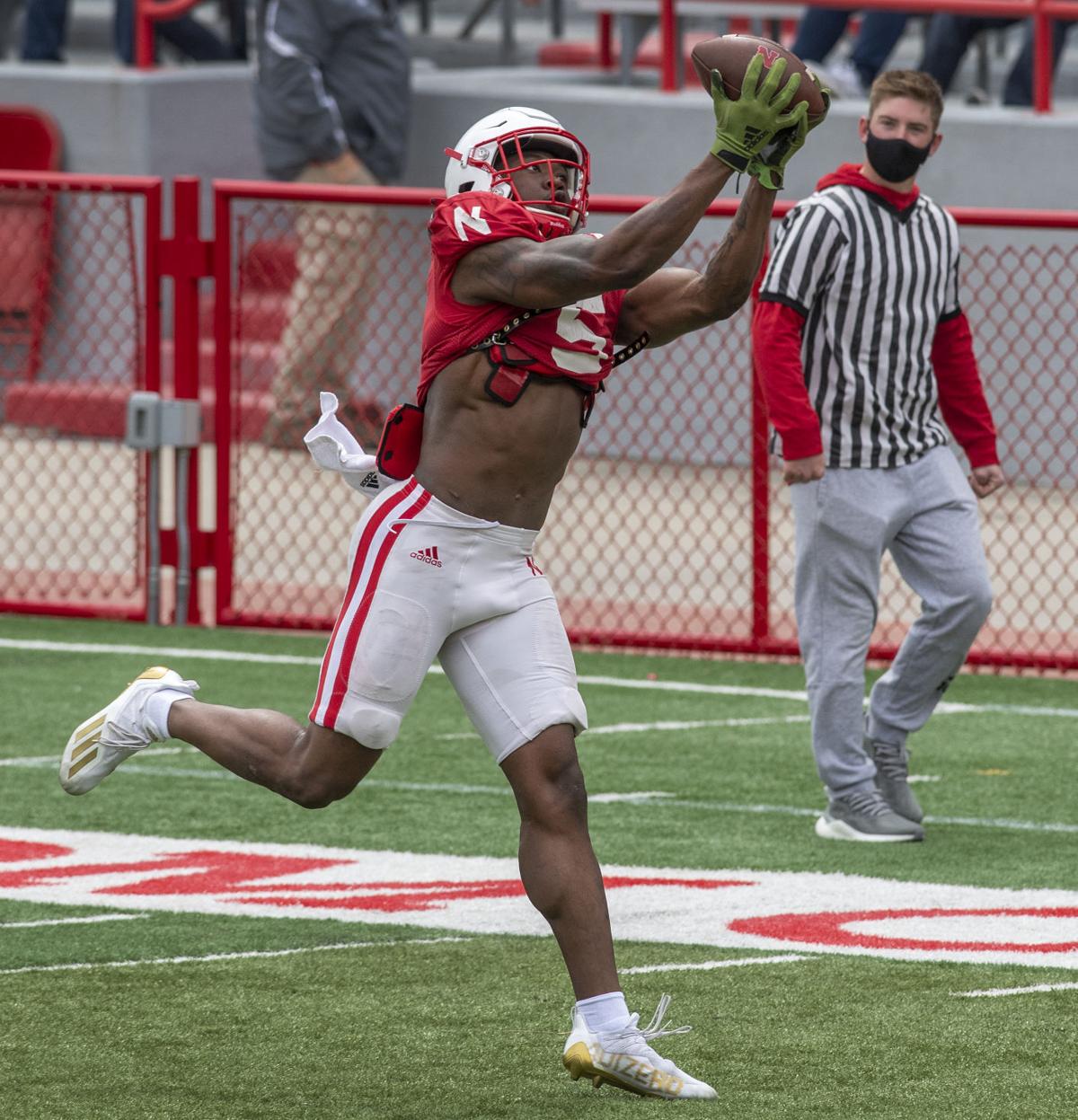