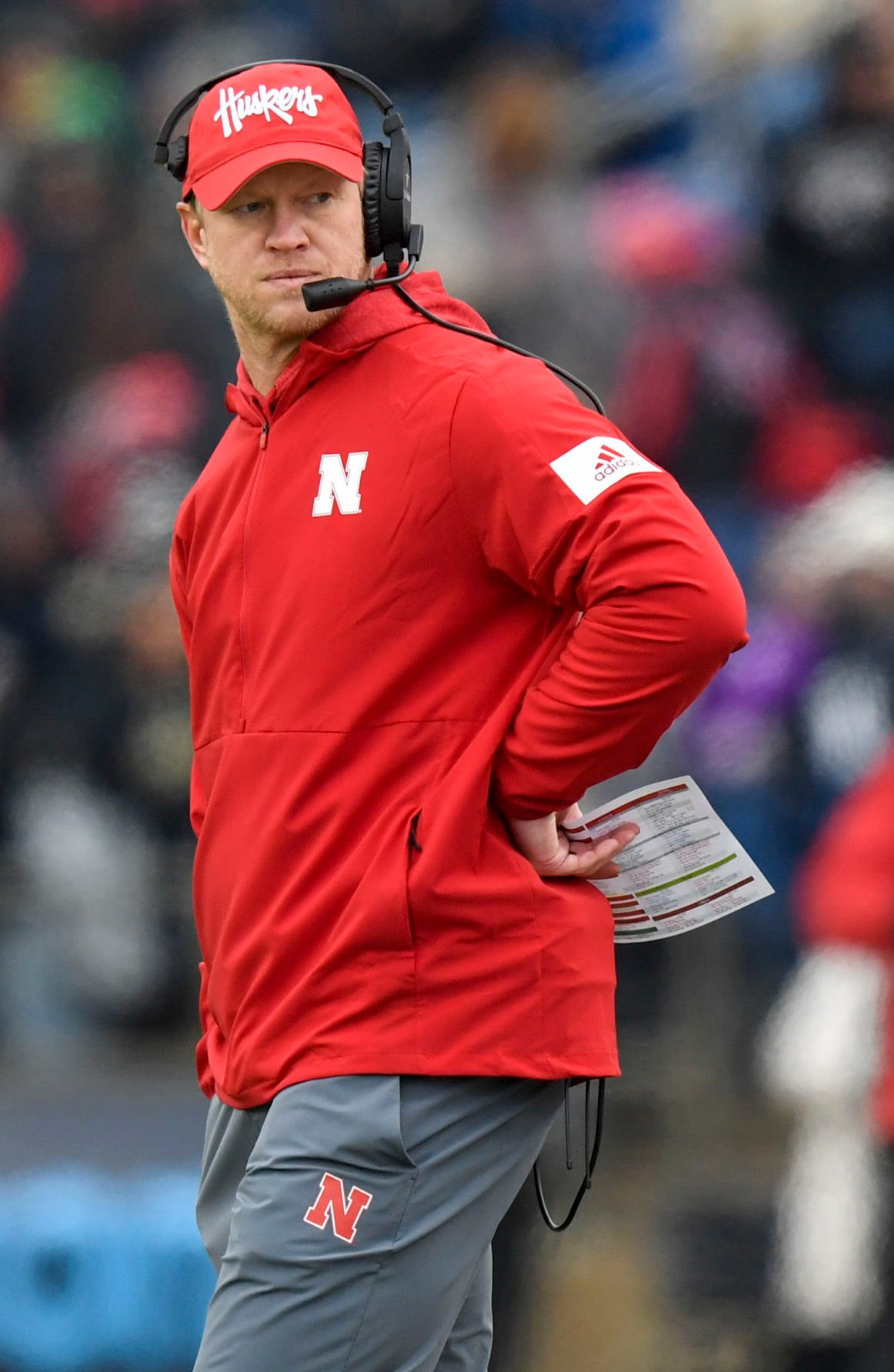 Nebraska football head coach Scott Frost looks on during the first half against Purdue this past November at Ross-Ade Stadium in West Lafayette, Indiana. 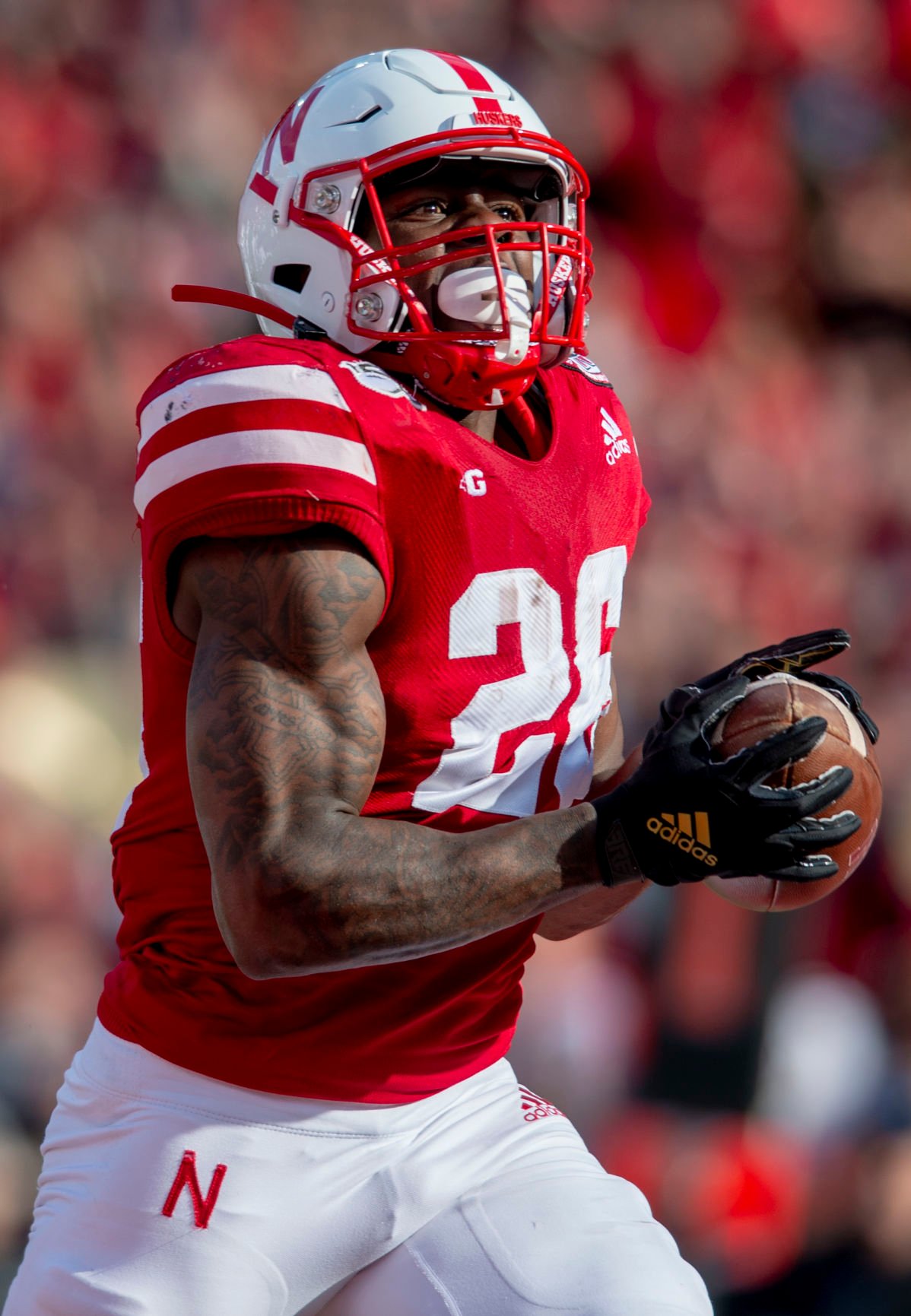 Nebraska running back Dedrick Mills scores a touchdown against Wisconsin on Saturday at Memorial Stadium.

Nebraska has lost four straight games, and Maryland has been reeling, going 1-6 in Big Ten play.

"I think they're a team that has a growth curve similar to us," he said during Monday's NU football news conference. "I think it's two teams that both need a win."

As for growth, Frost said he is seeing it in quarterback Adrian Martinez, running back Dedrick Mills and from some young defenders.

He said true freshman Ty Robinson, who made his debut Saturday against Wisconsin, stood out, and true freshman linebacker Garrett Nelson is "getting better and better."

As for Mills, who had a career-best 188 rushing yards against the Badgers, Frost said "he's getting more comfortable in our schemes and our system."

Two-Minute Drill: Martinez 'coming around' on, off field; explaining Mills' lack of touches in second half

Some other quick hits from Monday:

* Frost said prospects are excited about the facility upgrade plans. "I think it will help us even more when there are plans and mock-up plans," he said. "We'll continue to show guys the facility and resources that they'll have."

* Frost expanded a little more on Carlos Davis' absence from Saturday's game saying the senior defensive lineman "was beat up week with an ankle (injury)."

* Frost was asked about leadership on the team. "We have some good leaders, but not enough," he said. "We have a few pieces against that that doesn't help."

An All-Big Eight offensive lineman in 1987, Keven Lightner has been hospitalized in Lincoln since July 28.

Nebraska head coach Scott Frost has spoken freely about the 6-foot-3, 285-pound Jurgens' potential to become a force in the college game.

Bill Moos says it is "huge what we just did today" in praising the Big Ten football schedule and discussing its flexibility through bye weeks.

The league plans to make a decision whether to begin football preseason camps — slated for next Friday — on time "in the next five days."

Bill Moos says it is "huge what we just did today" in praising the Big Ten football schedule and discussing its flexibility through bye weeks.

Scott Frost said he thinks the junior QB was "able to put it in cruise control a little more" in 2019. That shouldn't be the case this fall.

Tuioti has faith in the next wave of Husker DLs, including a sophomore to watch in Wildeman

Tate Wildeman is one of the few remaining players from the 2018 recruiting class who just simply hasn't had much opportunity yet.

The Rutgers transfer will have a chance to make an impact on the Nebraska offense after a year of getting used to his new surroundings.

The redshirt freshman is finally at full strength and will try to crack a rotation that starts with the senior tandem of Collin Miller and Will Honas.

Nebraska football head coach Scott Frost looks on during the first half against Purdue this past November at Ross-Ade Stadium in West Lafayette, Indiana.

Nebraska running back Dedrick Mills scores a touchdown against Wisconsin on Saturday at Memorial Stadium.