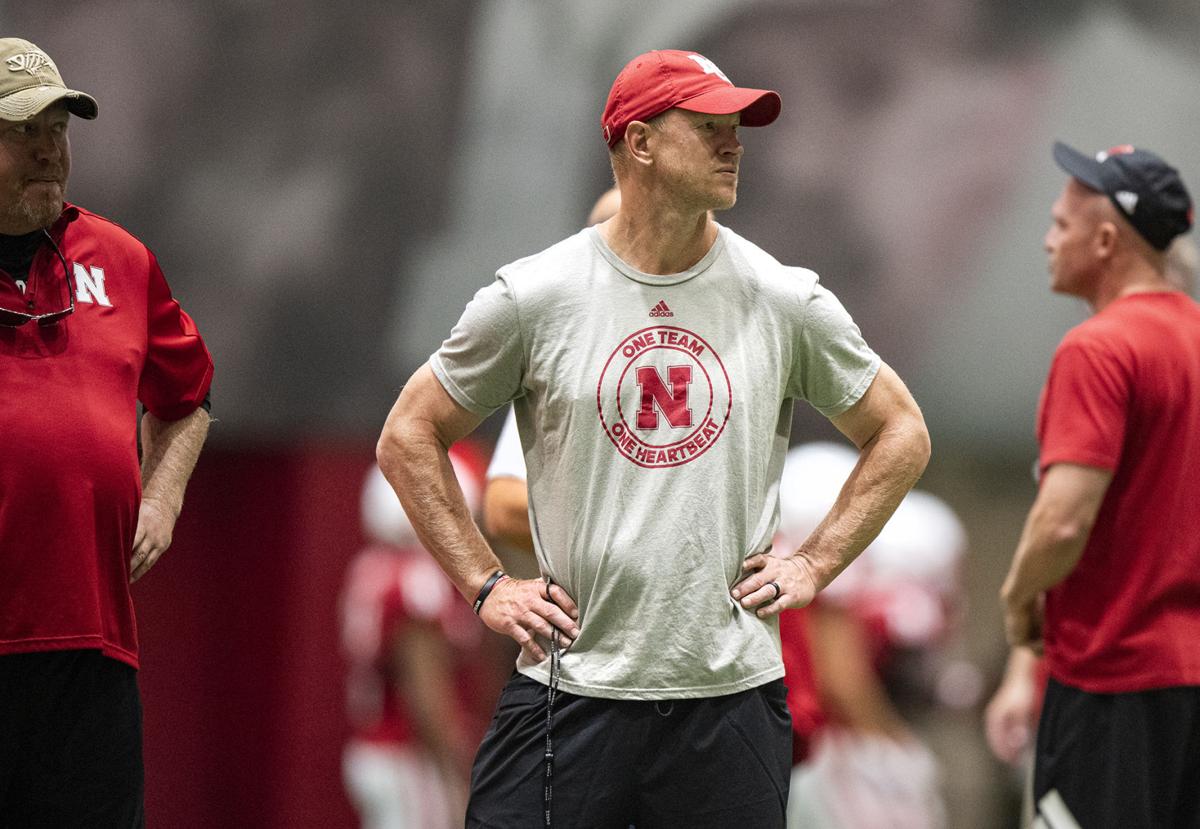 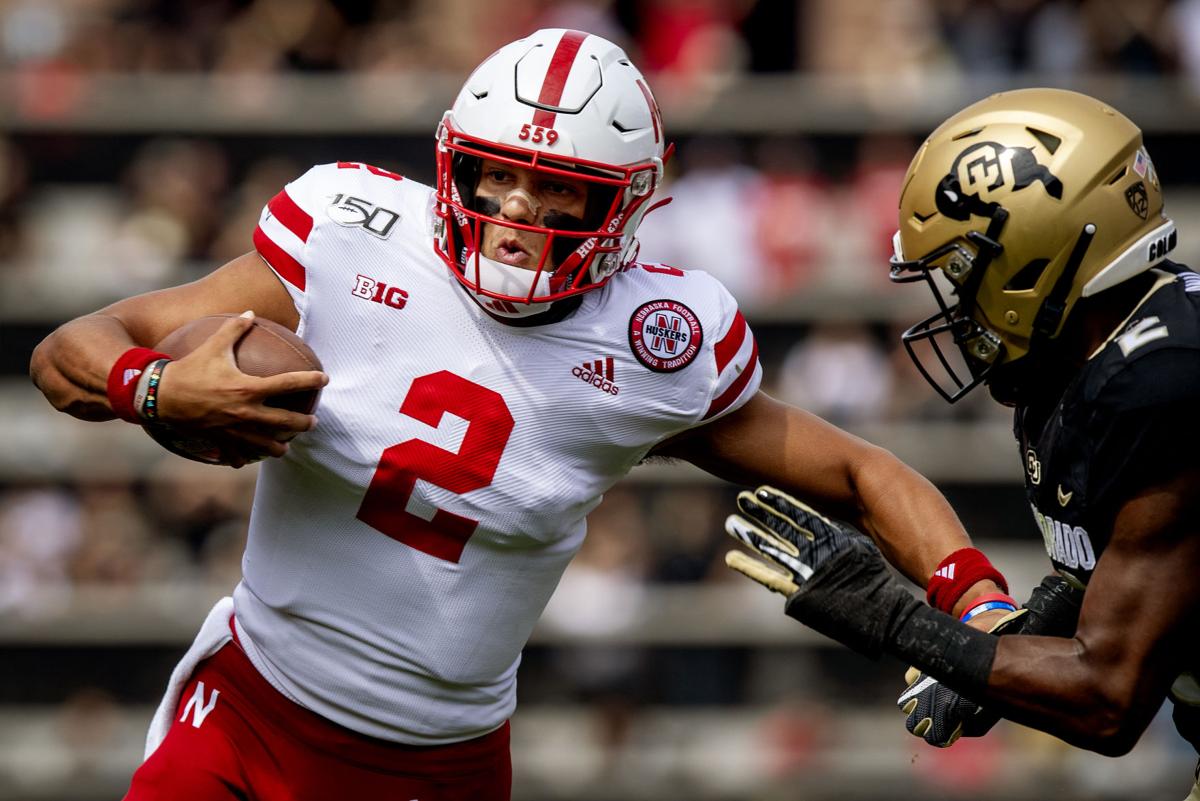 Nebraska quarterback Adrian Martinez (2) attempts to avoid the tackle of Colorado's Mikial Onu in the second quarter on Saturday at Folsom Field in Boulder, Colo.

1. Even though Nebraska (1-1) has had a shaky first two games, head coach Scott Frost isn't backing down on his offseason assertion that he has a better team than he did last season. But that doesn't mean he's making any bold proclamations about where the 2019 squad is headed.

He emphasized that the Huskers played three strong quarters on both sides of the ball during Saturday's 34-31 overtime loss at Colorado. But he tossed in a qualifier that gives fans perspective regarding the overall talent level on his team. It's a good reminder during a week when Northern Illinois (1-1) is the opponent.

Nebraska is a two-touchdown favorite, but ...

He added that it'll be nice someday when Nebraska accumulates enough talent throughout the roster that "we can run out and play like we're supposed to and hopefully (opponents) won't have a chance. Right now, no matter who you're playing, you have to play well. If our margins are small, we have to execute well."

It's those type of comments that perhaps make you wonder why Nebraska was picked to win the Big Ten West Division by league media, or why an astute college football observer such as Joel Klatt would rank the Huskers No. 13 in his preseason poll.

I picked Nebraska to finish 9-4 this season. Am I rethinking that prediction? Dialing it back a bit? Of course I am.

Getting to eight wins (including a bowl win) would be a heck of an achievement for this team based on what we've seen through two games.

And, yes, that would represent significant improvement over last season.

2. Frost is being criticized by Nebraska fans on social media in a more harsh manner than at any point in his tenure.

His play-calling is being scrutinized.

Truth is, he probably did get out-coached by Mel Tucker.

I don't think he's impervious to those voices and opinions. But he shows nothing that would indicate that the criticism affects him. He doesn't get defensive the way some coaches tend to do. His tone doesn't change much week to week. You know what you're getting from Frost almost all the time.

That's the mark of a good leader.

They've heard a lot of that sort of talk in recent years.

Nice. Sprinkles for everyone

Frost was asked about Farniok's comment. "I think that's true. It was a really good Monday," he said without elaborating.

He sounded like he's in tune with the fan base, which wants to see proof on Saturdays.

Watch: Martinez on his confidence in Frost's play-calling

Watch: Barry on loss to Colorado

Watch: Barry on moving on from Colorado loss

Nebraska announced the re-hire of Mike Dawson on Thursday morning, along with new titles for Ryan Held and Greg Austin.

Nebraska announced the re-hire of Mike Dawson on Thursday morning, along with new titles for Ryan Held and Greg Austin.

No surprise, but Husker fans are buying travel packages for the 2021 Aer Lingus College Classic in Ireland faster than Illinois fans.

Welcome to the Husker Extra Podcast, a weekly production of the Journal Star that covers the latest in Nebraska football and athletics.

Nebraska quarterback Adrian Martinez (2) attempts to avoid the tackle of Colorado's Mikial Onu in the second quarter on Saturday at Folsom Field in Boulder, Colo.