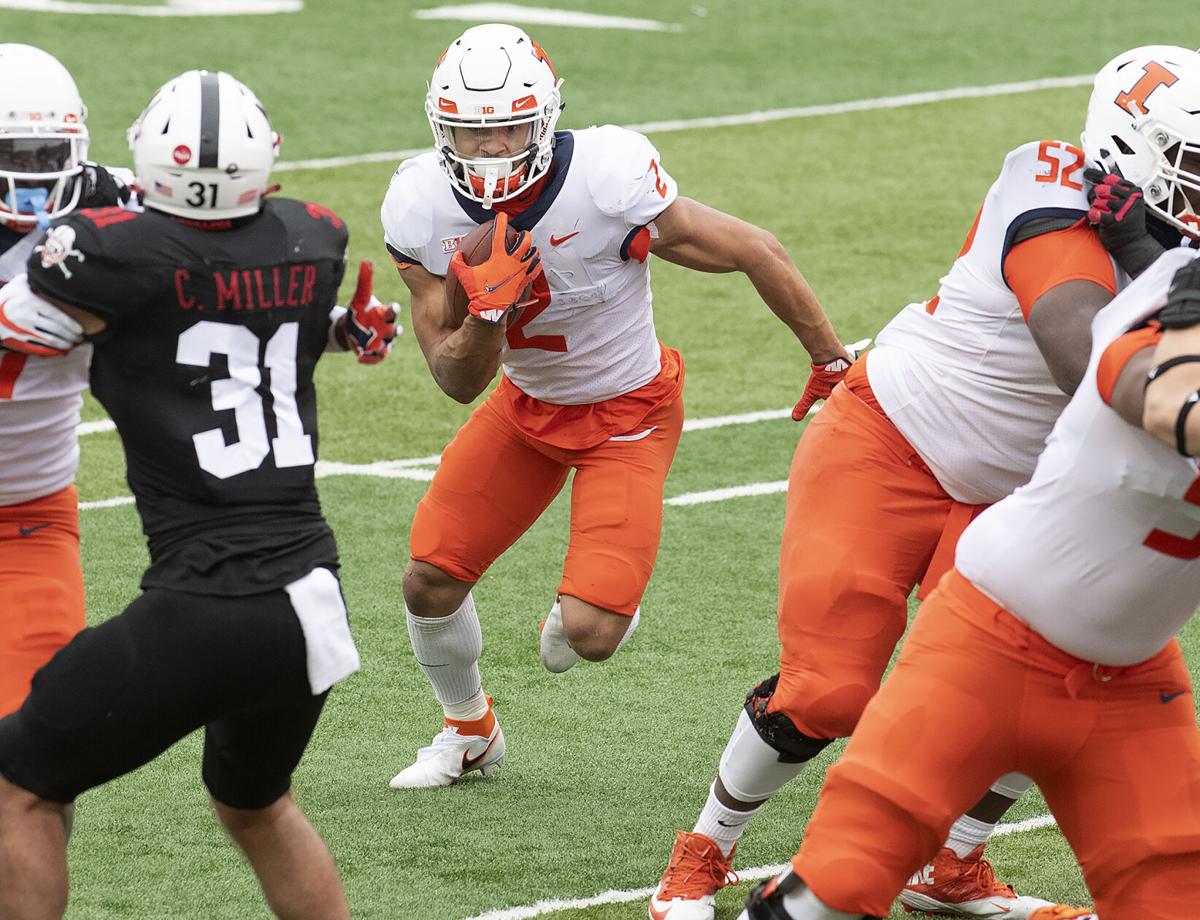 Illinois' Chase Brown (2) looks for a hole in the Nebraska defensive line in the first quarter Saturday at Memorial Stadium. 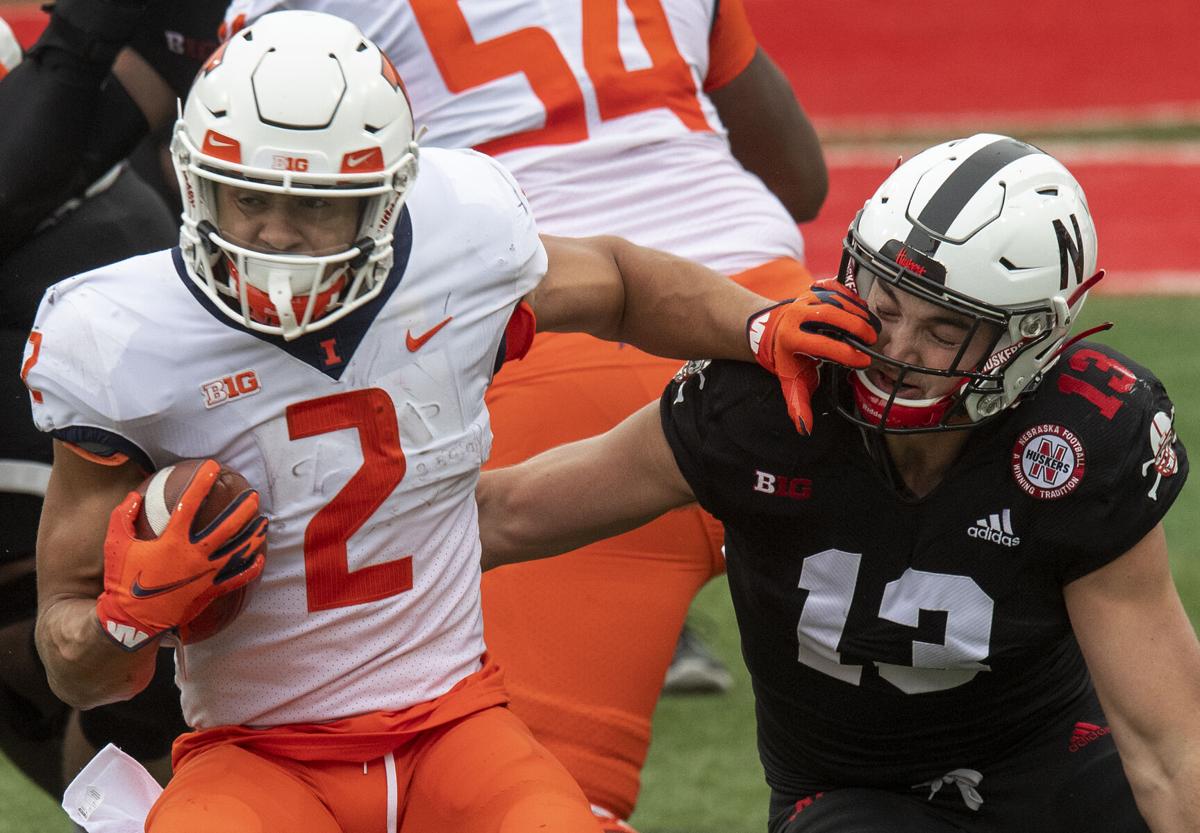 The numbers weren't great for Nebraska heading into Saturday's game, offensively or defensively, when it comes to converting third downs or stopping the other guy from doing so.

Those numbers aren't getting any better after the loss to Illinois either.

The Illini faced 17 third downs against the Blackshirts on Saturday. They converted 11 of them, including one that resulted in a touchdown. Two other third-and-goals were stopped, but led to field goals.

And even when it looked like Nebraska would get off the field, getting Illinois into a fourth-and-7 on the opening drive of the third quarter, it led to punter Blake Hayes running for 14 yards to move the sticks.

'Embarrassed' and 'lackadaisical' Huskers blown out at home by Illinois

For a team with next to no margin for error, the inability to get the defense off the field when it has the chance has been crippling.

"One person out of place could cost us a first down, cost a chance to get off the field. Or not being aggressive enough in the game," NU defensive back Dicaprio Bootle said. "It might be third-and-7, they run a draw maybe, we hit it to where it would be fourth-and-3, but it bleeds to fourth-and-1. Now the offense had a decision to make. We've just got to be better in knowing what we're going to get, and being more dialed in on third down, everybody being able to do their job.

"If everybody does their job, it's really hard for an offense to succeed, so on third down we've just got to really dial in."

Illinois was able to dial up so many conversions in part because the Illini often didn't have far to go.

The longest third down Illinois faced was 11 yards, which it converted. The second-longest was the third-and-7 to start the third quarter and eventually led to the fourth-down run.

On average, Illinois need to pick up just a hair under 4 yards every time it faced third down, with 10 of the 17 such situations being shorter than 5 yards.

It's not as if the Illini were some third-down juggernaut, either. Illinois' offense ranked 102nd in the country in converting third downs, doing so just 33% of the time.

But that was still considerably better than Nebraska's defense, which came in allowing opponents to convert on half of its chances.

"We gave up a couple 50-50 balls, we've got to win them; gave up a couple big runs where somebody was out of their gap," NU coach Scott Frost said. "Overall it was just not a good enough performance by anybody. We've got to learn this lesson that nothing's going to be given to you, and we better come ready to play every week."

Offensively, the Huskers were just 4-of-12 trying to convert their own third downs. At 32% NU's conversion rate is the worst in the Big Ten. The defense ranks 13th in the league in such scenarios.

The Huskers will stay at the bottom for at least another week.

Frost said Iowa's sideline tactics played a part in the Beatrice native's poor snaps in the first half.

Nebraska's Dec. 12 foe, Minnesota, is on pause after a COVID-19 outbreak in its program.

A wide-ranging notebook begins with Jurgens, ends with seniors cherishing the moment — with a look at RBs, Blackshirts and more in between.

NU fans definitely share in Scott Frost's pain. Do they share in his optimism? Depends who you ask, and it's probably best to wait a few days.

Martinez on Monday said he likes tough coaching. But being a captain in 2020 is a markedly different experience than being one in 1997.

Steven M. Sipple weighs in with his report card from the Huskers' loss to Iowa.

A Husker senior and a true freshman had strikingly different Fridays. Then Scott Frost talked culture after the game. Coincidence, or something more?

Red Report: Huskers can't be 'loose' with the ball; take what you can get; how the QB decision is made

Junior wide receiver Kade Warner called the Huskers' turnovers “the biggest thing” amiss with the offense at this stage in the season.

Illinois' Chase Brown (2) looks for a hole in the Nebraska defensive line in the first quarter Saturday at Memorial Stadium.