Virus in review: US states share, get creative in hunt for medical supplies. Get the latest here.

With his own big week ahead, Nebraska basketball coach Fred Hoiberg offered some support to one of his colleagues Monday night.

Speaking during his weekly appearance on Husker Sports Nightly, Hoiberg said "the right guy is in place" to lead the Nebraska football team.

"I've gotten to know Scott (Frost), and he's such a passionate person. The University of Nebraska is everything to him. He's going to get it going, no doubt in my mind," Hoiberg said in response to a question from a caller. "We live in a world of 'What have you done for me lately', but Scott is the right person for the job, I promise you that.

"He's going to do everything in his power (along) with his staff to get things going."

Hoiberg knows a little something about turning around a proud program at an alma mater that has fallen on hard times. After taking over the Iowa State basketball program in 2010, it took Hoiberg all of two seasons to get the Cyclones to the NCAA Tournament for the first time in seven years.

Here are some other notes from Hoiberg's hour on the radio.

NU continues to come together: A team meeting after the Huskers lost to George Mason in the Cayman Islands cleared up some frustrations that bubbled to the surface between players on the bench during the game.

"I thought we had some things in the second game, but we addressed it and came out with some togetherness," Hoiberg said. "When you have struggles, you get in a room and talk about it and hash it out in a team meeting, and we got everybody on the same page."

Nebraska came back to knock off South Florida the next day to finish third in the tournament, with starting point guard Cam Mack coming off the bench for the first time all season.

"I thought Cam handled that very well, and had a great game and really finished it off," Hoiberg said. "He's been great in practice the last couple games vocally, really working on that part of his game (and) his leadership."

Clarity for Stevenson: Hoiberg also touched on the NCAA's decision to deny transfer Shamiel Stevenson a waiver for immediate eligibility.

The junior would have been a key piece for the Huskers this season, but an original waiver and two appeals were denied by the NCAA; the final denial came during a telephone meeting while the Huskers were in the Cayman Islands.

"At least he knows now there's clarity. He can go out and focus on the things he needs to get better on," Hoiberg said. "And this will be a very important year for him."

Hoiberg said Stevenson, along with fellow transfers Dalano Banton and Derrick Walker, have been three of Nebraska's hardest-working players. Banton and Walker are also sitting out this season after transferring over the summer.

The 6-foot-8 Banton, who came to Lincoln at 195 pounds, has already put on 15 more through is work in Nebraska's redshirt training program, Hoiberg said.

And the trio has teamed up on Nebraska's scout team to give the eligible players a difficult time.

"That team's handed it to our starters on numerous occasions," Hoiberg said.

Adjusting on the fly in the face of a pandemic, Husker hoops recruiting chugs along

There may be few programs as well-prepared as the Huskers for such an earth-changing event.

Trey McGowens, a highly sought-after transfer from Pitt, announced Saturday afternoon he was committing to the Huskers.

After one of the best statistical seasons turned in by a point guard in program history, Cam Mack is leaving Lincoln "due to my family circumstances."

Nebraska at the Big Ten Tournament and Fred Hoiberg's early (and scary) exit were just part of a night that will live in infamy in the sports world.

Trey McGowens, a highly sought-after transfer from Pitt, announced Saturday afternoon he was committing to the Huskers.

After one of the best statistical seasons turned in by a point guard in program history, Cam Mack is leaving Lincoln "due to my family circumstances."

'He's too good of a coach': Big Ten hoops coaches agree it's only a matter of time before Hoiberg turns NU into a winner

A day before the one-year anniversary of his introductory press conference, Fred Hoiberg expresses confidence in the direction of the program.

Seven Husker teams have made the NCAA Tournament. Another won the NIT. So which team is best? Vote now.

Seven Husker teams have made the NCAA Tournament. Another won the NIT. So which team is best? Vote now. 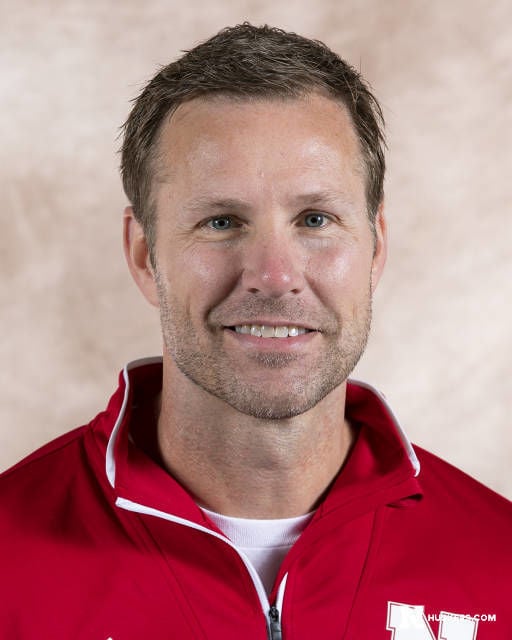