A walk-on guard is the latest addition to the Nebraska men's basketball team.

Chris McGraw, a Columbus, Ohio, native, is a 5-foot-11 guard who spent his freshman season as a walk-on at Ohio University in 2018-19 before transferring to Division III Otterbein (Ohio) University last season.

He was added to Nebraska's online roster Thursday.

McGraw didn't play for Otterbein last season because of injury.

At Ohio, McGraw appeared in five games, playing a total of six minutes, before transferring back to Otterbein.

Before going to Ohio, McGraw spent a postgraduate year at Hargrave Military Academy, where he crossed paths with another future Husker, transfer guard Trey McGowens.

McGraw played his high school basketball at Bishop Watterson High School in Columbus, about 10 miles from the Otterbein campus.

He joins Brett Porter and Jace Piatkowski as walk-ons on NU's roster.

Background: The 2017 Nebraska Gatorade Player of the Year spent one season at West Virginia, where he averaged 7.0 points and 2.7 points per game on a Sweet 16 team. Then, after one year at Wichita State before he was dismissed from the team, Allen landed at Western Nebraska Community College. There, he led the country in scoring at 31.4 points per game while shooting 51% from the field and 37% from three-point range.

Background: Mayen was the No. 1-rated prospect out of Australia in 2017, but played just 17 games in two seasons at TCU while battling injuries. He was a first-team all-conference performer for Chipola College this season, averaging 11.8 points and 8.4 rebounds per game. Mayen shot 47% from the field and 38% from three-point range for Chipola.

Immediately Eligible? No, but will apply for a waiver for immediate eligibility.

Background: King was Wisconsin's leading scorer before announcing Jan. 29 that he was leaving the program. He averaged 10.0 points and 2.8 rebounds in 19 games for the Badgers. In nine Big Ten games, his scoring average jumped to 12.6 points per game on 52% shooting, though he struggled from three-point range, shooting 25%.

Years of eligibility: One.

Background: A big-time scorer in three seasons at Western Illinois, Webster comes to Nebraska as a graduate transfer after earning his undergrad degree in three years. Webster averaged 17.1 points per game this season after averaging 17.0 last season and 15.9 as a freshman. He won't have to carry that same load in Lincoln, but he still gives the Huskers a 37% career three-point shooter.

Background: One of the most sought-after transfers available, McGowens joins King as top-10 transfers signing with Nebraska. A top-100 recruit out of high school, McGowens averaged more than 11 points per game in each of his two seasons at Pitt, and led the team in minutes played this season. He'll give NU a battle-tested player at the point guard spot.

No more 'Last Dance,' but Hoiberg recalls his first dance with Michael Jordan and the Bulls

With "The Last Dance" over, read about Husker coach Fred Hoiberg's first dance against Michael Jordan in the NBA.

Nebraska should be longer, stronger and more athletic in 2020-21 than at any point in Fred Hoiberg's first season as head coach. What could it mean? 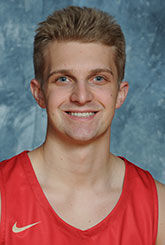