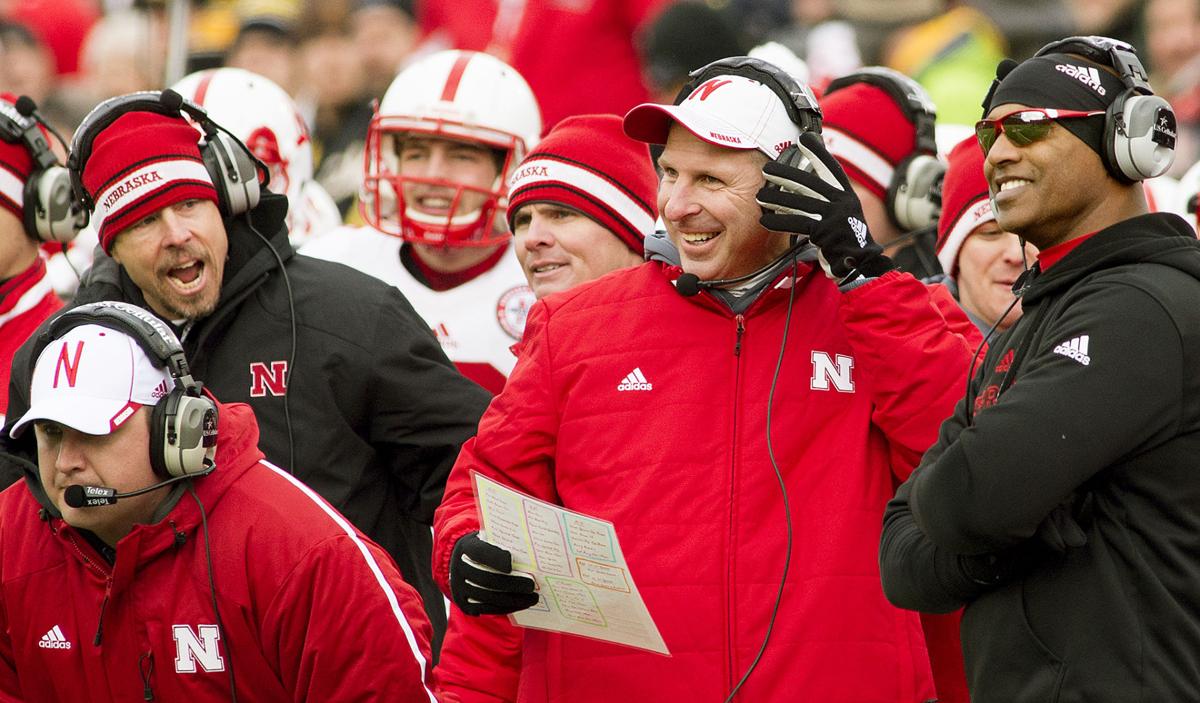 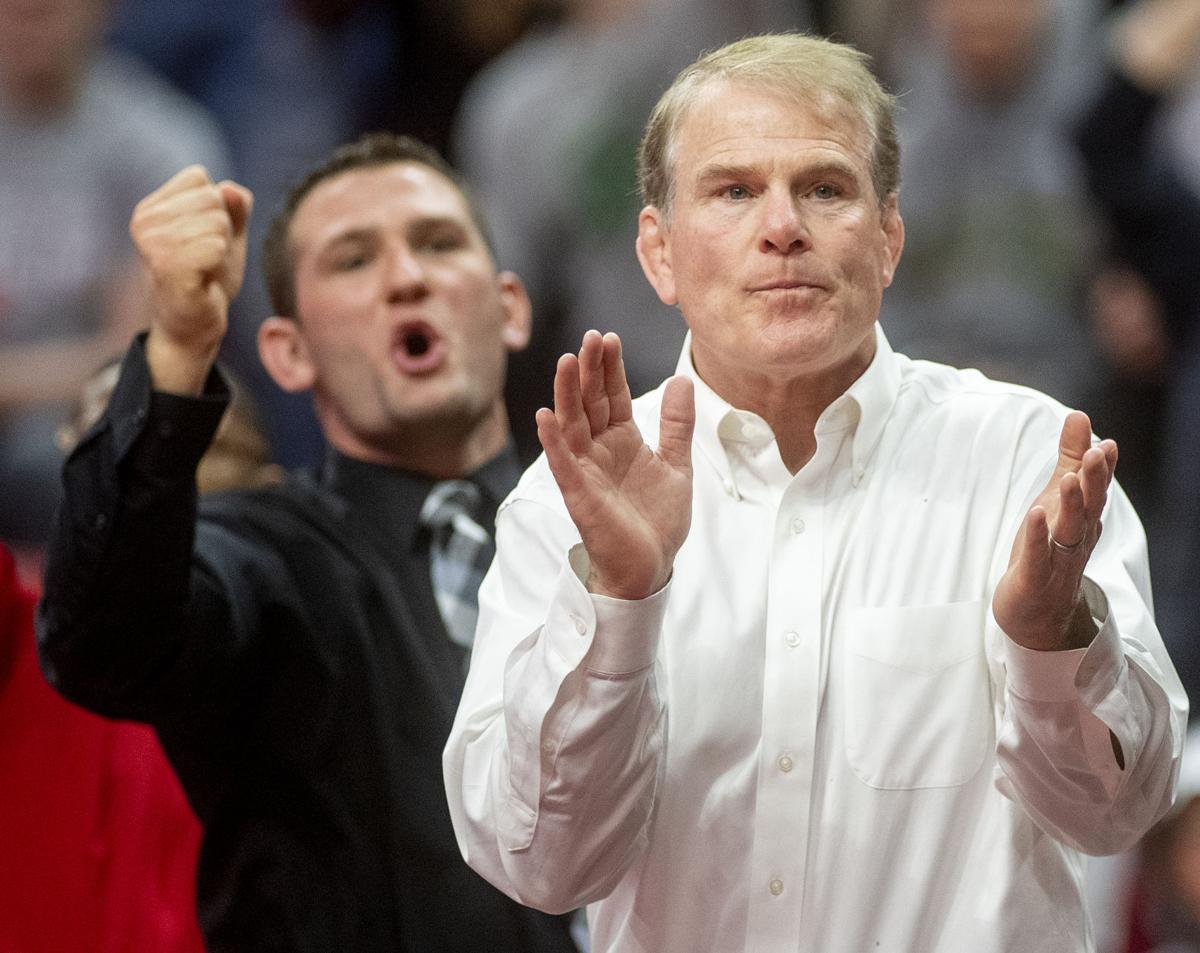 Things I know, and things I think I know (midweek edition):

It's a prime separator.

"An athlete will continually develop his or her skill and talent," says Manning, who trains 2012 Olympic gold medalist Jordan Burroughs and world championship medalist James Green, who are both former Huskers. "But at the end of the day, the most important thing for guys like Jordan and James is continuing to develop the competitor from within. Because when you're a stud, it comes down to, 'You know what, I'm going to beat your ass.' A lot of that's confidence in yourself and believing in yourself.

"I'm sure it's what Scott (Frost) is trying to instill in his (Nebraska) football team. I mean, an athlete can run fast and lift weights. But you know what, everybody can do that. It goes back to, 'Can you develop the competitor within you?'"

Manning, hired by NU in May 2000, paused in the middle of the discussion.

"I'm really getting into coaching talk now, huh?" he said with a chuckle.

Yeah, he was getting fairly deep in the weeds. But I like listening to high-level coaches. You can learn plenty. As for Manning, his credibility is perhaps as high as it's ever been at the moment. His Nebraska wrestling team qualified 10 competitors for this month's NCAA Championships and was a legitimate threat to capture the school's first national team crown before the meet was canceled by a global pandemic.

What a boon an NCAA team championship could've been for the scuffling men's side of the Nebraska athletic ledger. It's intriguing to even ponder the notion of Manning's crew toppling Iowa, a longtime power on the mat.

But there's a part of Manning's work at Nebraska that gets overlooked by fans — and perhaps even by his bosses. That is the development of an Olympic training program at NU. Virtually all of the high-level college wrestling teams offer regional training centers where former collegians can train for Olympic and world titles. Without a regional training center, it's highly unlikely Burroughs would've remained in Lincoln to train after finishing his college career in 2011.

Although Manning makes a nice living as Nebraska's wrestling coach, he isn't paid for training Burroughs and Green and a couple of other Olympic hopefuls. Manning thanks the heavens for his assistants, particularly associate head coach Bryan Snyder. In fact, Manning and Snyder raised more than $350,000 in donations for the RTC each of the past two years.

"That's how we pay guys like Jordan and James and TJ Dudley and Tyler Berger," Manning said. "Hopefully, our athletic department understands what we do. It's a whole separate job. We're working for USA Wrestling, essentially. USA Wrestling gets the benefit. But I'm all about these athletes. I'm all about, 'What do we have to do?' So I was in Ottawa, Canada, with Jordan at the Pan Am Games last month. I left the Big Ten meet in New Jersey and drove up there.

"It's an Olympic year. It's what you do as a coach for your athletes. I'm not patting myself on the back. It's just a thing where I don't think people understand the magnitude of an RTC's importance."

Put it this way: Two wealthy Penn graduates once tried to lure Burroughs to train at the Ivy League university, offering him $800,000 over four years, with free housing. Big Ten heavyweights Ohio State and Penn State also have come after Burroughs in recent years with lucrative packages.

Although it's actually no longer an Olympic year — the International Olympic Committee ruled Tuesday the Tokyo Games “must be rescheduled to a date beyond 2020, but not later than summer 2021" — you get Manning's point about the significance of RTCs.

"I'd love Warren Buffett to get a little more interested in our program, if you know what I mean," Manning quipped.

The coach is doing a heck of a job as it is.

Rick Kaczenski, who was a defensive line coach under Pelini, shared a story about Pelini on Tuesday morning on "Early Break" (93.7 FM).

Nebraska's defense struggled mightily during a scrimmage late in the 2013 spring season. There was ample youth on the unit, and Tim Beck's offense took advantage in a big way. So, the offensive coaches were in great moods at the time, Kaczenski said. Beck spoke openly about plans to catch a Jimmy Buffett concert, and offensive line coach John Garrison showed photos of a new bass boat. Smiles all around.

The defensive staff? Not so much.

"We're sitting in the staff room in complete silence watching the scrimmage tape," Kaczenski recalled. "It was awful. I think the only thing Bo said in three hours was, 'There won't be enough lights on the scoreboard come fall.'"

But this is a family newspaper. LOL.

* Frost showed a measure of class, thoughtfulness and big-picture awareness in the way he closed his appearance Tuesday on the "Husker Sports Nightly" radio program.

"We're talking a lot about football problems," he interjected without being prompted. "But there are bigger problems out there. There are people who aren't going to work, aren't getting paychecks. Nebraska people all need to rally around each other and be supportive of people that are really in need, and we're looking for opportunities to do that as a football team.

"I know there are people with bigger problems than what we have."

That strikes me as excellent leadership.

One can scan NU's roster and see Frost's staff has emphasized improving size. It's getting there. It had to happen. Especially in the Big Ten.

Steven M. Sipple: No, Eric, it wasn't a prank; you're really a College Football Hall of Famer

Eric Crouch thought Tom Osborne, Scott Frost and Matt Davison were pulling his leg last week when they informed him that he had been formally announced as a new member of the College Football Hall of Fame.

Steven M. Sipple: Although this NU football idea may sound absurd, it's hard to pull off table

If NU has to play games this fall in an empty Memorial Stadium, a much more appealing alternative would be playing in high school stadiums.

Husker wrestling great Jordan Burroughs deals with massive uncertainty created by the coronavirus as he toils in Lincoln in hopes of qualifying for the 2020 Tokyo Games, set to start July 24.

Khalil Davis and Carlos Davis played for four different position coaches and three defensive coordinators at Nebraska. Who would sign up for that? 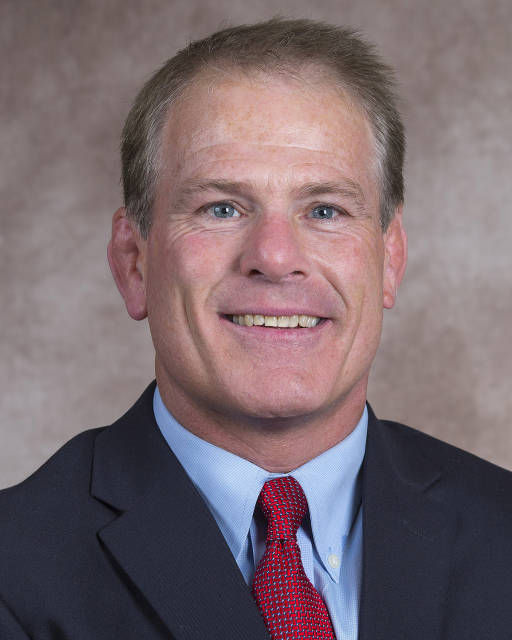