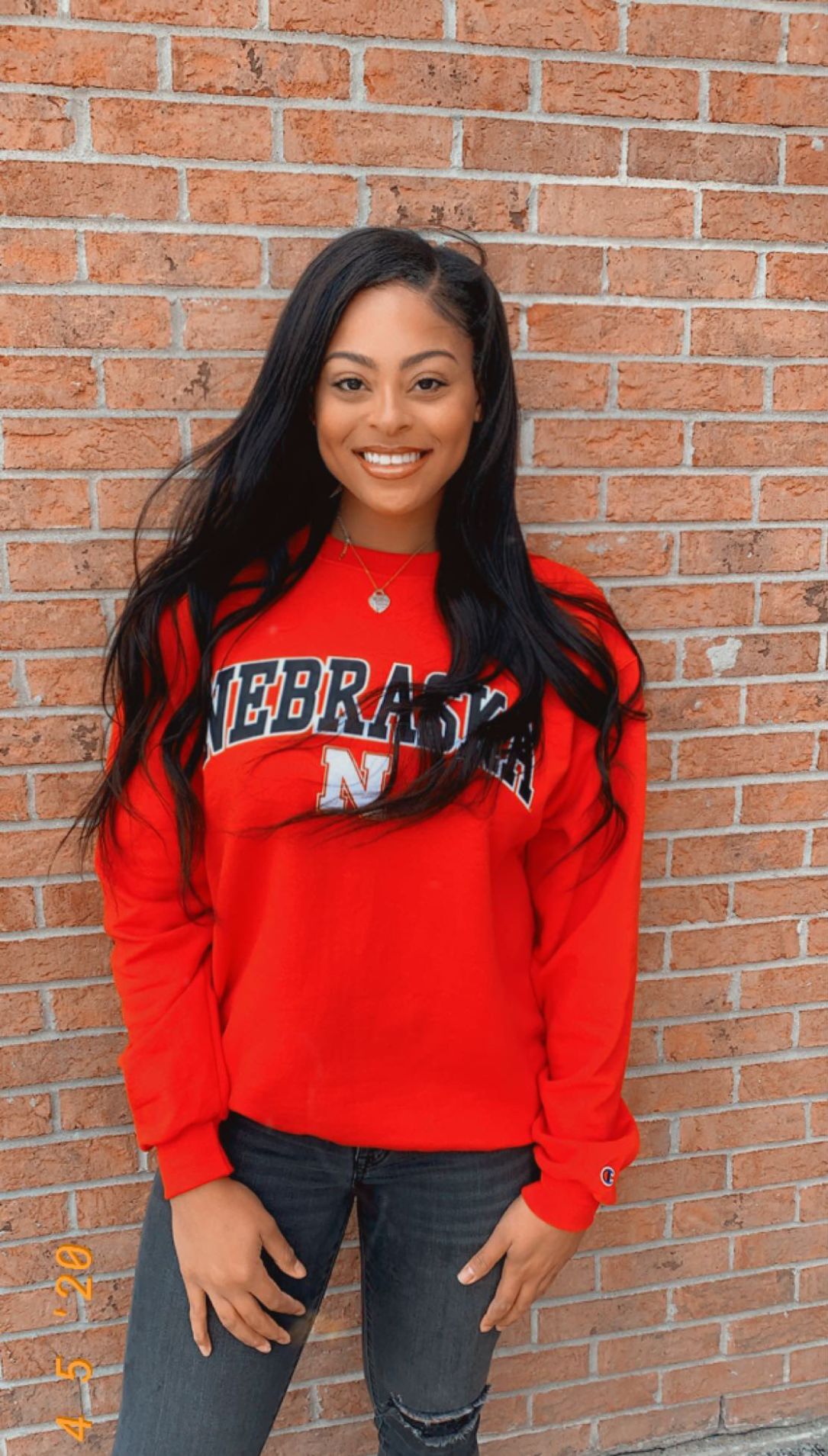 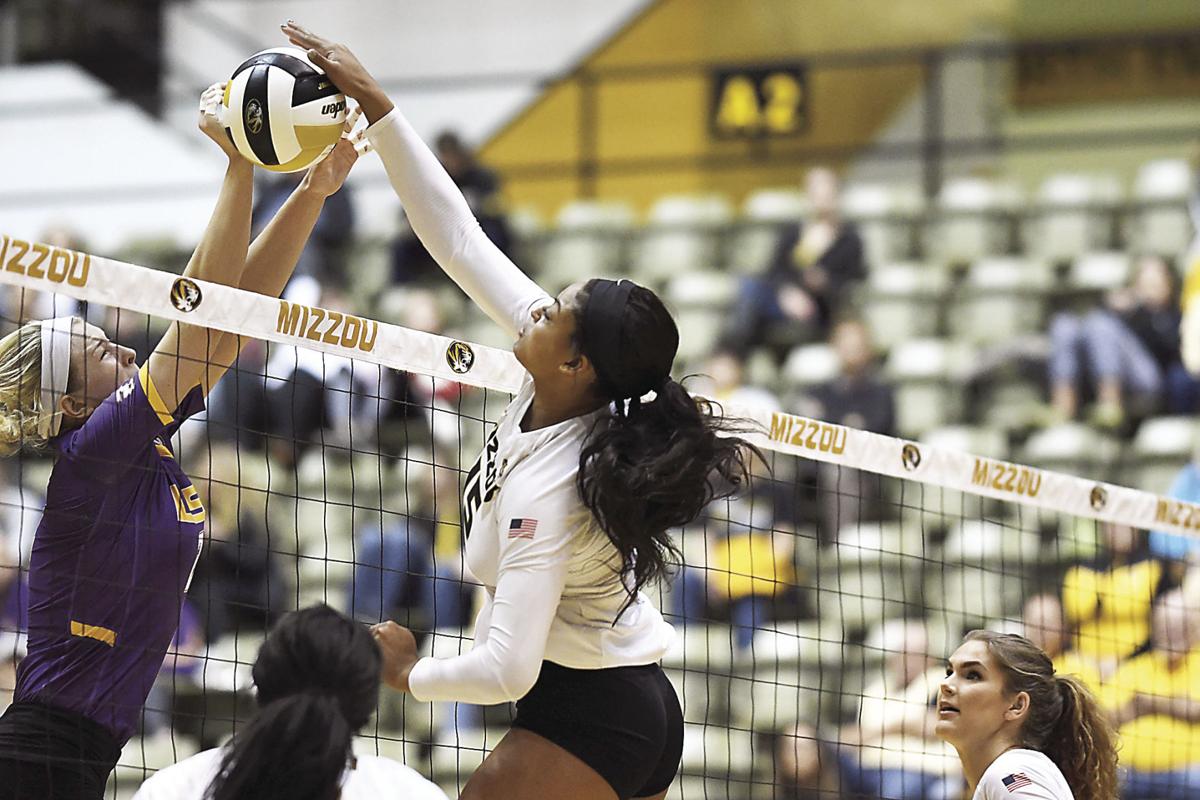 Kayla Caffey (right) hits the ball against LSU defender Anna Zwiebel during a 2019 match. Caffey signed her letter of intent to join Nebraska on Thursday.

Caffey committed to the Huskers late last week, and has now signed her letter of intent. That means Cook can make an official statement about her, and he did so in a news release on Thursday.

"Kayla will bring a lot of offensive firepower to our team," Cook said.

"I think we can have a great season": Nebraska taps into the SEC for former top-80 recruit Kayla Caffey

"She was one of the leading hitters in the SEC and we like the fact that she's a graduate student and has a lot of experience. She played at a storied high school program, Mother McAuley in Chicago. She's got an offensive-oriented game and is very athletic. We're excited about the impact she can make with our team."

The 6-foot Caffey will join the Huskers for the upcoming season and be eligible to play right away. She redshirted her first season at Missouri, and then missed the 2018 season with a leg injury, so she’ll have two years to play for Nebraska.

In 2019, Caffey ranked second in the SEC and ninth nationally with a .408 hitting percentage. She averaged 1.77 kills per set and had a team-high 82 blocks for the Tigers last year, who went 22-8 and were eliminated in the second round of the NCAA Tournament by Nebraska.

Caffey had 12 matches where she hit .400 or better, and had a career-high six blocks three times during her sophomore season.

After redshirting in her first year at Missouri in 2016, Caffey was an SEC all-freshman honoree in her first season of competition in 2017. She ranked fifth in the SEC with 130 total blocks and put up 105 kills on .366 hitting during SEC play. She had a historic match against Ole Miss with 10 kills on .909 hitting, which tied the second-best hitting percentage for a match in Missouri history.

Caffey starred at powerhouse Mother McAuley High School in Chicago before her collegiate career. She was ranked No. 71 overall in the 2016 class by Prepvolleyball.com.

Through the years with Husker volleyball coach John Cook

Kayla Caffey (right) hits the ball against LSU defender Anna Zwiebel during a 2019 match. Caffey signed her letter of intent to join Nebraska on Thursday. 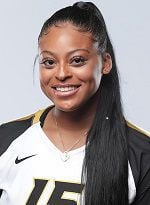