Nebraska and Creighton congratulate each other following a match in 2018 at the CHI Health Center in Omaha. Nebraska won a memorable match in five sets. 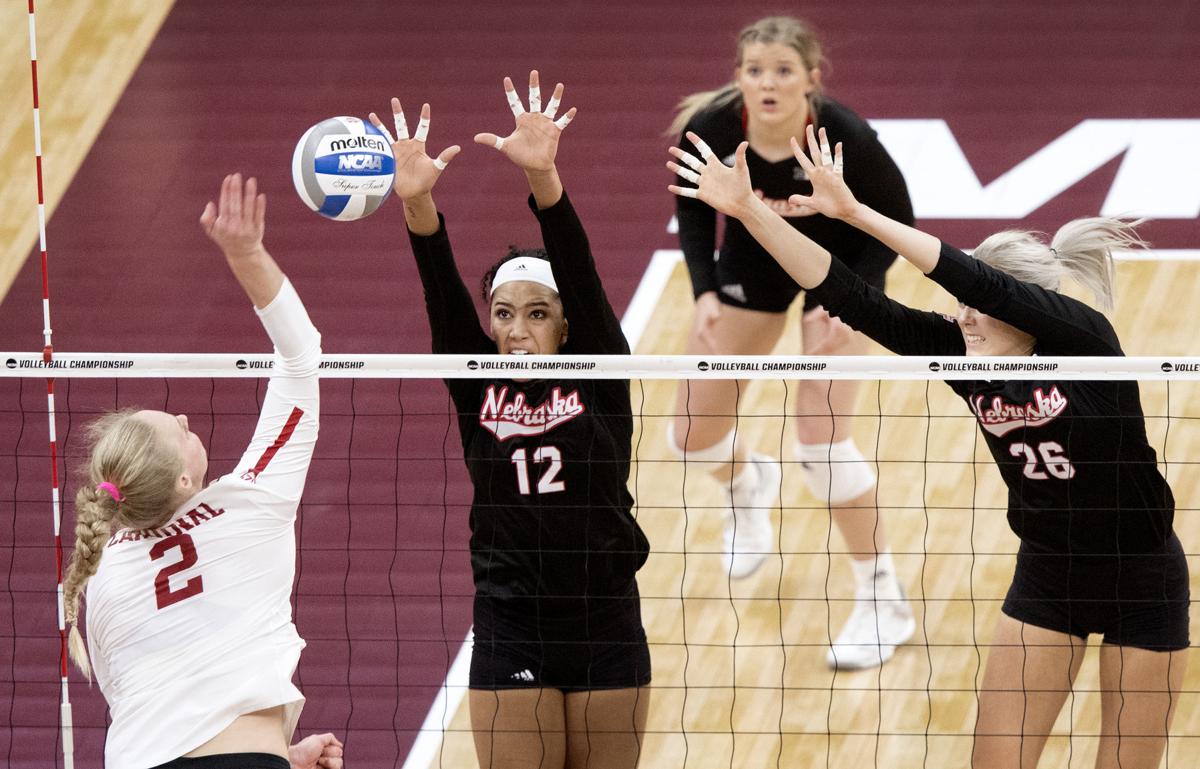 Nebraska came up just short of winning the national championship last season, losing in five sets against Stanford in the championship match in Minneapolis. One of the themes for the 2019 season -- "To Be Continued" -- builds off of last season.

The reminders of the championship tradition of the Nebraska volleyball program are all around the players.

That includes large photos of the five national championship teams located just outside the locker room. It's that tradition that co-captain Lauren Stivrins said is part of a theme for the Huskers this season, which is “To Be Continued.”

Each year, the team comes up with a few themes for the season. The latest refers to the Huskers coming up just short of winning the national championship last season. It also alludes to the fact that many players could be together for two years with the potential to build something special -- including a chance to make the NCAA Final Four, which will be in Omaha in 2020. For the first time in school history, there are no seniors on this year's roster.

The slogan also means carrying on the success of the program, which includes reaching the NCAA Final Four in each of the last four years. Nebraska has also finished in the top four of the Big Ten standings all eight years in the league, including winning three Big Ten titles.

“It means a lot of things,” said Stivrins of the theme. “One of the main things that we talked about is how this team is going to stay the same way for the next two years, so just continuing this team and getting better each and every day together. And also just continuing all of this legacy that the previous Nebraska volleyball players have led for us, and left for us, and continuing to get better each and every day.”

Another season theme is “29,029," referring to the elevation of Mount Everest, and the difficultly of climbing the final 29 feet. Nebraska was close to reaching its goal of winning the national championship last season but couldn’t quite finish the hardest part of the climb.

Nebraska is now two weeks into practice, and will have its Red-White Scrimmage at 6 p.m. on Saturday. A crowd of more than 7,000 fans is expected at the Devaney Sports Center.

Opening matches on TV: The first two matches of the regular season will be televised on NET. Second-ranked Nebraska will open the season against No. 18 Creighton on Aug. 30 at 7 p.m. and will play UCLA on Aug. 31 at 7 p.m.

More TV matches, on the Big Ten Network and NET, will be announced later.

Playing two positions: Riley Zuhn, a 6-foot-5 freshman from Colorado, has been training equally at outside hitter and middle blocker. The Huskers look set at middle blocker with Callie Schwarzenbach and Stivrins, but also need to have a backup ready.

“I still don’t know what her best position is, but she’s a good volleyball player,” said Cook of Zuhn. “She’s a really good blocker, and she’s able to jump back and forth as well as anybody I’ve seen. I just want to figure out what role we can get her in so she can contribute, because she can help us win matches.”

Worth quoting: “You really don’t want to mess up in front of that many people because every time you miss a serve or do anything you hear 8,000 (people go), ‘Ah,' simultaneously.” — Stivrins, on the pressure the five freshmen will face on Saturday playing in front of a large crowd at the Devaney Sports Center for the first time.

Husker volleyball team about to begin practice, but Cook says playing in spring may be better option

The uncertainty about the season is still there, but Nebraska has a scheduled start date with a Wednesday afternoon practice.

Volleyball fans will get to watch three future Nebraska volleyball players in the same gym during a high school tournament in October.

Nebraska volleyball program has two No. 1-ranked recruits; Allick will play at Waverly

Hayden Kubik marks the Huskers' second top-ranked player in the past two weeks. Plus, a city standout is on the move to Waverly.

Nebraska and Creighton congratulate each other following a match in 2018 at the CHI Health Center in Omaha. Nebraska won a memorable match in five sets.

Nebraska came up just short of winning the national championship last season, losing in five sets against Stanford in the championship match in Minneapolis. One of the themes for the 2019 season -- "To Be Continued" -- builds off of last season.