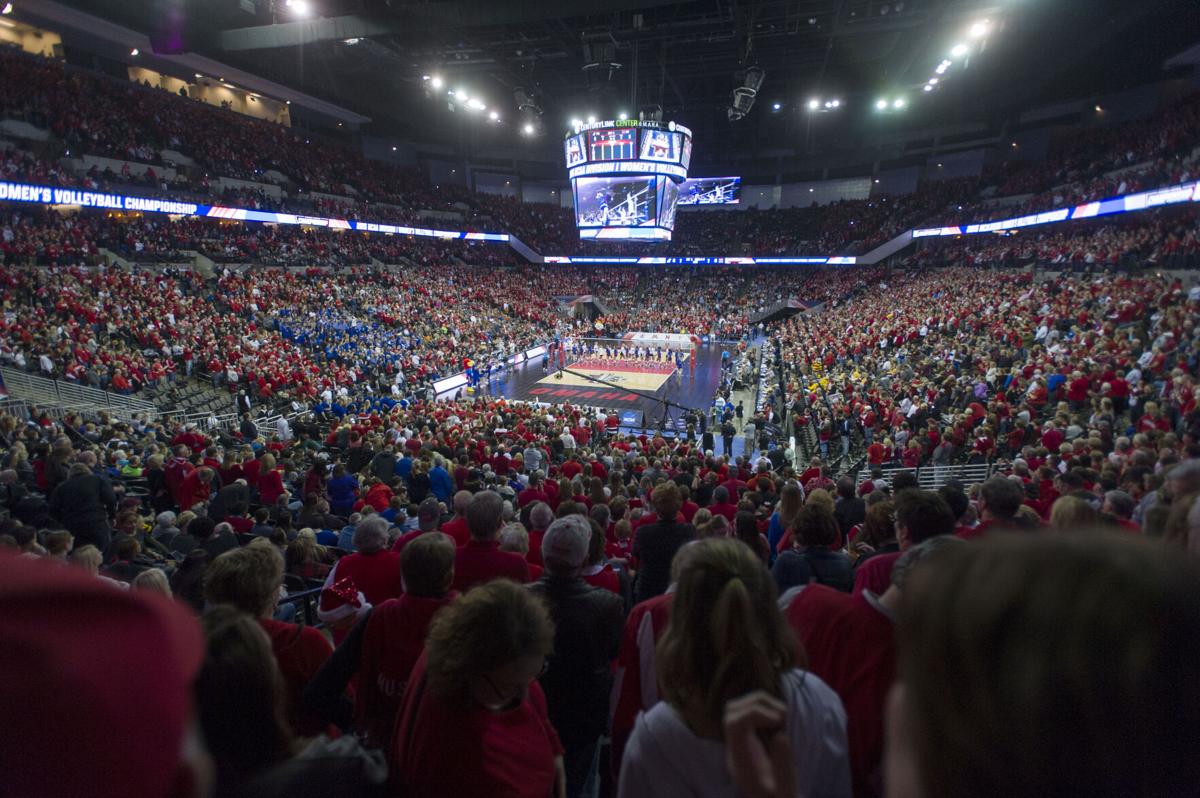 Red was the predominant color in the stands when Nebraska played Kansas in the women's volleyball NCAA Final Four in Omaha in 2015. 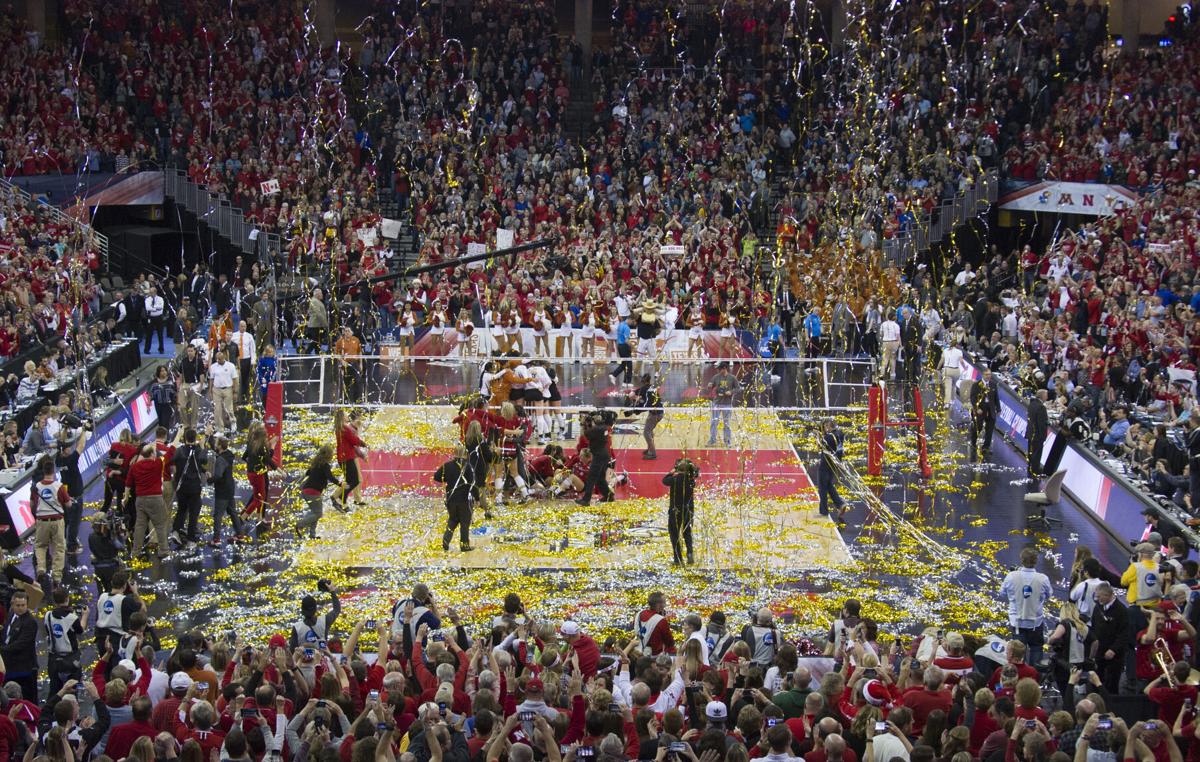 Nebraska celebrates its NCAA volleyball championship in Omaha on Dec. 19, 2015. The national semifinal and championship matches will be played at CHI Health Center Omaha in 2022.

Omaha will remain a regular stop for the NCAA championship in women’s volleyball.

The championship sites for several sports were announced by the NCAA on Wednesday, with Omaha being chosen to host the volleyball Final Four in 2022. The national semifinal and championship matches will be played at CHI Health Center Omaha.

The fall 2021 championship was previously scheduled for Columbus, Ohio.

The championship for the 2020 season was scheduled to be in Omaha in December, and it’s possible the rescheduled championship may still be held there in April. The NCAA has not yet announced whether Omaha will remain as the host site for the volleyball championship this spring.

Omaha has been the host of the Final Four in 2006, ’08 and ’15. Nebraska has advanced to the Final Four each year it was held in Omaha, with two of Nebraska’s five national titles being won in Omaha's downtown arena.

Omaha has served as the most frequent host of the NCAA women’s volleyball championship in the 39-year history of the tournament. Overall, five of the 10 largest crowds in NCAA history have been either NCAA semifinals or finals matches played in Omaha.

In addition to the matches, thousands of high school, club and college coaches come to the Final Four site that week for the American Volleyball Coaches Association convention.

“This is awesome news for Omaha, the state of Nebraska and volleyball fans across the country,” said Cook in a news release. “Omaha has served as a fantastic host in the past, and the way they’ve embraced this championship is unmatched by any other city in America.

“The atmosphere and support in Omaha is what every college volleyball player deserves when they are pursuing a national championship.”

Omaha was also selected to host the first and second rounds of the NCAA men’s basketball tournament in 2024. It will be the fifth time that CHI Health Center Omaha has hosted NCAA tournament games.

The NCAA made more than 450 selections of host sites for preliminary rounds and final sites of predetermined championships in Divisions I, II and III, with most to be held from 2022 through 2026.

The NCAA received more than 3,000 bid submissions from NCAA member schools, conferences, sports commissions and cities vying to host predetermined rounds for 86 of the NCAA’s 90 championships.

According to the Wisconsin State Journal, the University of Wisconsin also bid to host the volleyball Final Four in 2024 or 2025 at the Kohl Center but was not selected.

A look at the team's Aug. 5 practice

Surrounded by All-Americans, early-arriving NU volleyball trio will be forced 'to go to another level'

The step to college can be daunting, even for prized recruits. A Husker trio will get a "head start" instead of "just throwing them in the fire."

In a few years, Lindsay Krause and Hayden Kubik might battle for a Husker starting spot. On Saturday, they squared off on the prep court.

Red was the predominant color in the stands when Nebraska played Kansas in the women's volleyball NCAA Final Four in Omaha in 2015.

Nebraska celebrates its NCAA volleyball championship in Omaha on Dec. 19, 2015. The national semifinal and championship matches will be played at CHI Health Center Omaha in 2022.