I received an email this last weekend and had this question posed to me, “Are there wolves in Nebraska?”

My answer…I would not doubt it. There are many parts of Nebraska that have everything a wolf would need to survive. If there are any in the Cornhusker State right now, it can’t be very many. A wolf is a pretty big critter to overlook.

Just a little history for you:

A coyote hunter shot a gray wolf near Spaulding, Nebraska in 2003. The animal weighed 100 pounds. The USFWS determined through DNA testing that the wolf originated from a population of wolves found in Minnesota, Michigan and Wisconsin. Previous to that, the last confirmed wolf killed in Nebraska was near Oconto in 1913.

Several wolves have been killed and documented in Missouri within the last decade, probably wanderers from the same Minnesota, Michigan and Wisconsin packs. In November of 2012, a deer Missouri hunter shot what he thought was a large coyote. That animal was a full-blooded wolf and weighed 81 pounds. Just think…how far is Missouri from Beatrice?

In October of 2012, a grouse hunter in Minnesota killed a wolf that was charging him and his dog. The dog had been on the scent of some grouse when it bolted and ran back toward its master. The wolf was close on the dog’s heels. The hunter used his shotgun, loaded with number 8 birdshot to kill the wolf at a distance of about 20 feet.

In 2012, a wolf was found dead along U.S. Highway 18, just few miles east of Pine Ridge, South Dakota. Pine Ridge is located right on the South Dakota border, in the extreme northwest corner of the state, near White Clay, Nebraska. It weighed 130 pounds and appeared to have been hit by a vehicle.

This particular wolf has a radio transmitter collar from the U.S. Fish and Wildlife Service (USFWS) around his neck. Data recovered from the USFWS indicated that the wolf had made a 400-mile journey from Yellowstone National Park to where it had been killed in 54 days. Records also showed the wolf to be a 3 to 4 year-old male that was part of a wolf pack in the southeastern part of Yellowstone Park.

In 2013, a coyote hunter in Trego County Kansas looked through his scope, and thought he was looking at the biggest coyote he had ever seen! He thought it was too big to be a coyote, and he was right. When he pulled the trigger he killed an 80 pound wolf that stood on the prairie, west of Hays.

The hunter called a local Kansas Department of Wildlife, Parks and Tourism game warden, who contacted U.S. Fish and Wildlife Service agents. The USFWS confirmed through DNA testing that the animal was a full-blooded wolf and part of the Great Lakes clan. The last documented wolf killed in Kansas was back in 1905.

Like mountain lions, wolf populations appear to be expanding. I think it highly likely that the wolf killed in Kansas probably passed through Nebraska. Look at the geography. Why would it take a different path?

So, are there wolves in Nebraska…there sure could be.

Paddlefish are generally associated with the Missouri River. Only waters immediately below Gavins Point Dam are open to bowfishing and snagging of paddlefish.

Permits will be issued through a random drawing based on preference points earned, with the persons having earned the most preference points receiving the greatest priority. Any permits remaining following the drawing will be sold on a first-come, first-served basis at 1pm. on May 2. A total of 275 permits have been authorized.

The application fees are $22 for residents and $42 for nonresidents. To apply, and get all the rules and regulations, visit a NGPC office or go to www.OutdoorNebraska.org.

The 2016 archery paddlefish season runs June 1-30. However, the season closes as soon as the 275 permits have been filled…and that doesn’t take long.

As if 2020 wasn’t already a weird enough year, Covid-19 and Murder Hornets to name a couple oddities, here is another bizarre item to ponder…p… 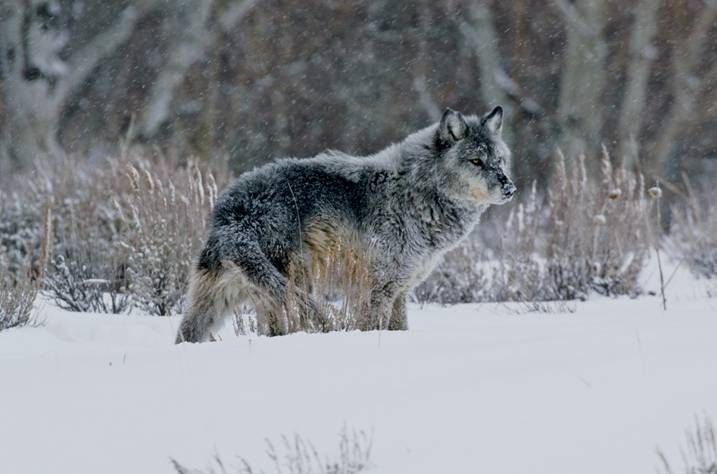 Nothing may represent the “wild” more than the wolf. Are there wolves in Nebraska? I certainly think there could be. Wolves have been documented in Nebraska several times in recent memory.